A MUM has shared an easy, clever hack to make frozen treats for your little ones to help keep them cool in the heatwave.

Jodie Slater took to TikTok to post a video of herself making up some of the treats for daughter Aurora, squeezing some banana puree from an Aldi pouch onto a baking tray lined with tin foil. 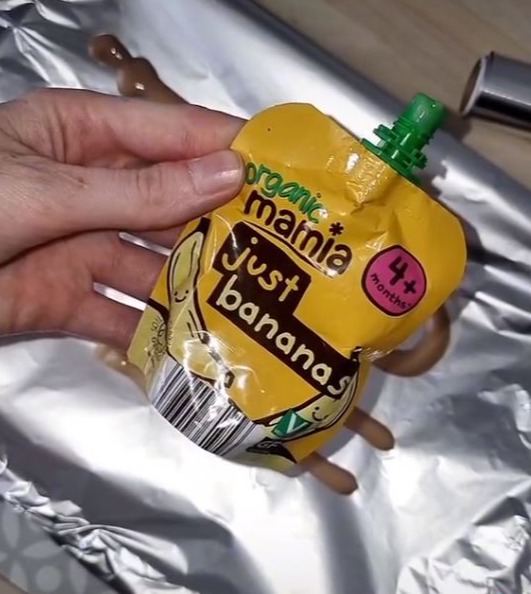 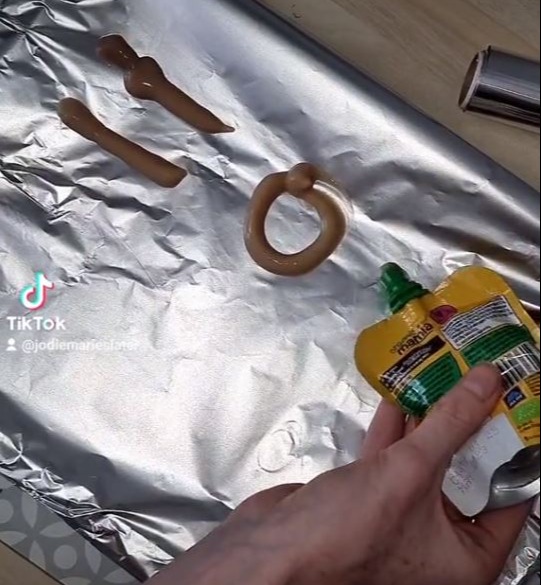 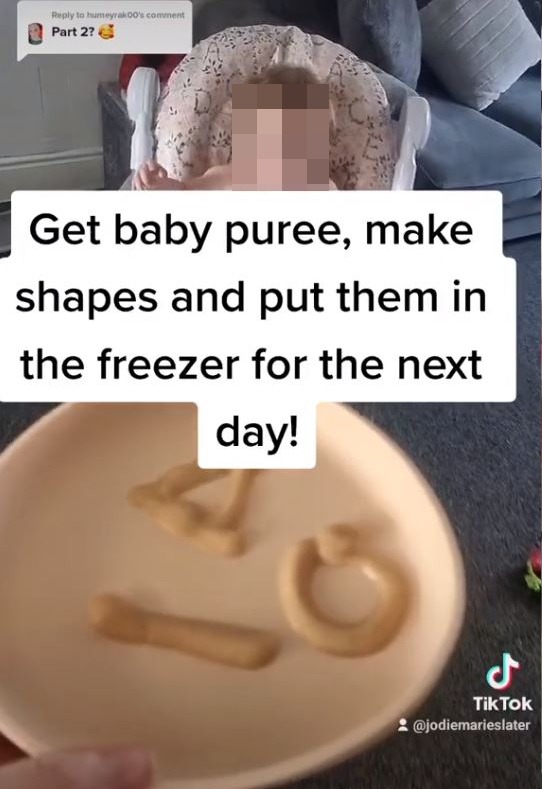 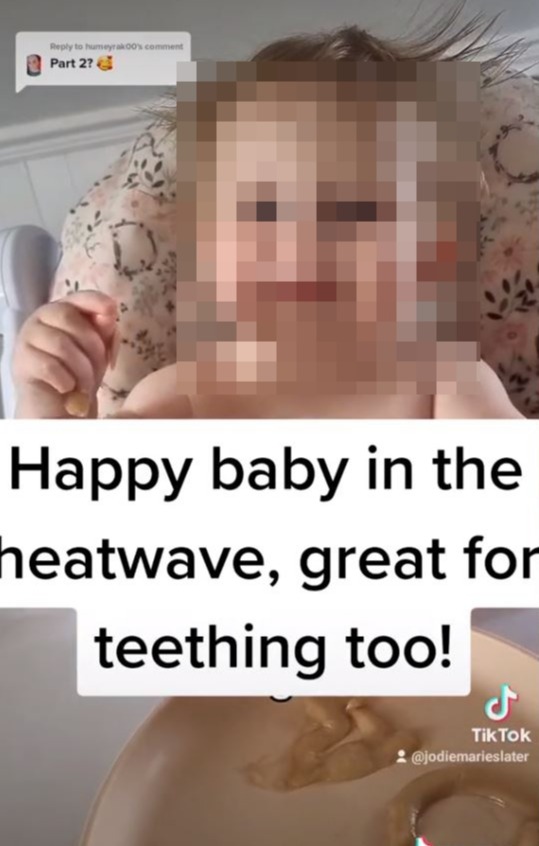 She used the pouch spout to make shapes with the puree, squeezing it out in two lines and two circles.

"Get baby puree, make shapes and put them in the freezer for the next day," she wrote.

The next morning, Jodie took the tray out of the freezer and peeled the frozen shapes off the foil.

She then handed them over to Aurora, who chomped away happily and grinned for the camera. 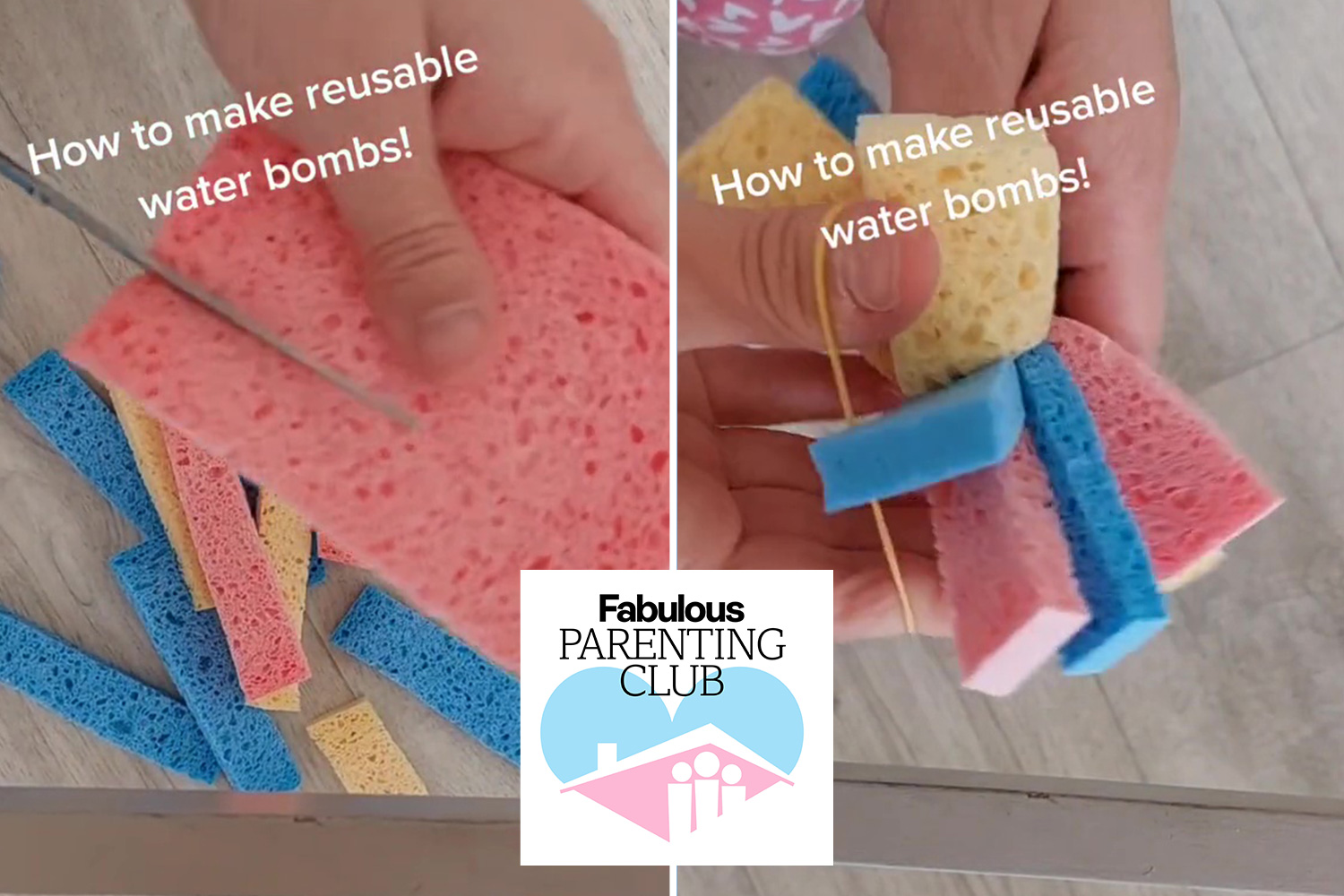 "Happy baby in the heatwave, great for teething too!" she concluded.

People in the comments section were quick to praise Jodie for sharing the idea, with one writing: "Great idea."

"Aww she loves them! Such a good idea," another added.

"Thank you," a third wrote.

"I’m going to make those for my 11 month old he’s cutting his two front top ones so he’ll love these I’m sure."

"frubes are also a good idea!!" another wrote.

In another video on her TikTok page, Jodie shared her take on frozen yoghurt.

She opened up a pot of fromage frais and used a Calpol syringe to put in the pot to act as a stick.

She then popped it in the freezer, and said she'd be checking out the results the following day.

"This is actually a great idea," one person commented on the video.

While another added: "Loving these hacks!"