THERE'S no denying that being a parent is tough – and with the cooking, cleaning, organising and everything in between, mums and dads often just need a break.

But when one mum candidly confessed that she hates playing with her daughter, other parents were left absolutely fuming. 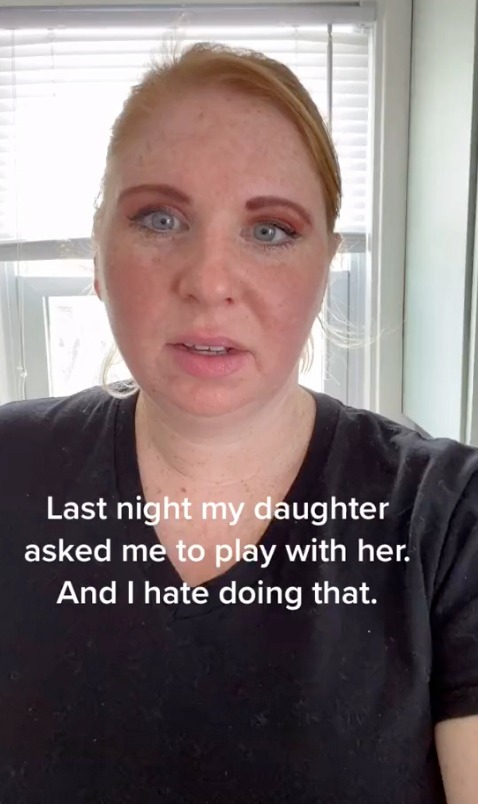 Mum Lynn Marie made the admission in a clip on TikTok and captioned the post: "Parenting is hard, even when it’s easy. The little things really are the big things. Who knew?!"

In it she explained that her daughter, who's an only child, asked her to play Barbies with her, something Lyn said she "hates" doing.

"Last night my daughter asked me to play with her, and I hate doing that," she said laughing."I'll go for a walk, I'll take you somewhere, but I don't want to play with your Barbies."

Lynn admitted that she "felt bad" because her daughter is an "only child" so she hesitantly agreed "for like ten minutes." 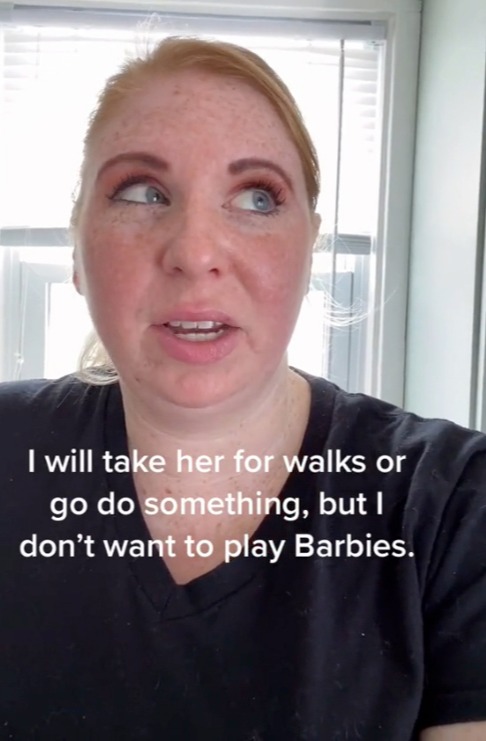 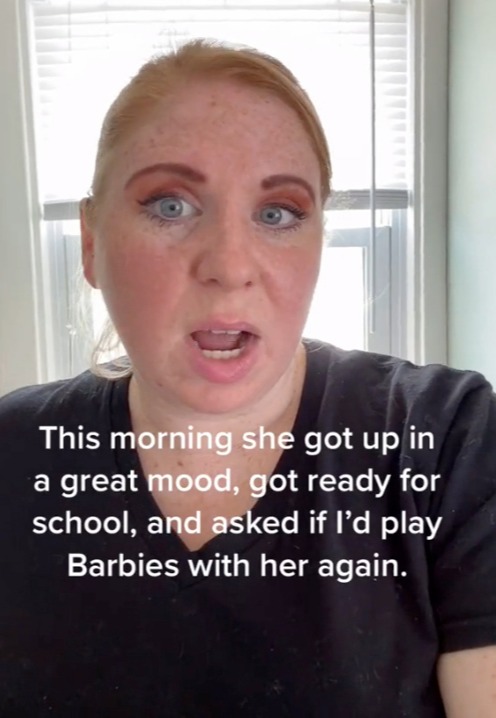 She continued: "This morning she got up and got ready for school, super good mood, and then she said will you play barbies with me and I was like, ah…"

"Then she said 'I had so much fun when you played Barbies with me yesterday' and it about broke my heartbecause if my half-hearted attempt to playcate her meant that much, I could definitely do that again ."

Lynn's comments left many people furious with some asking why she'd "even bother having a kid."

One TikTok user said: "I am not a parent, so I apologise for my ignorance, but why would you have a child if you didn't want to be there for them? To play with them" . 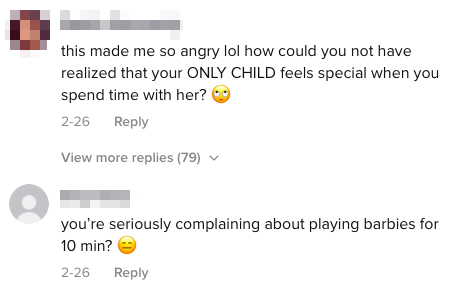 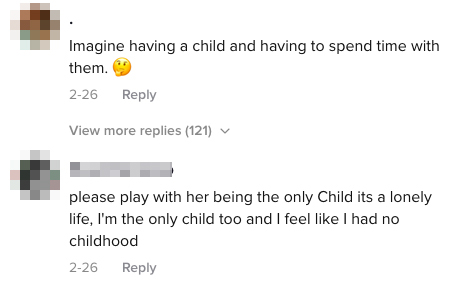 Others agreed with someone else sarcastically adding: " Imagine having a child and having to spend time with them."

While a third said: "You're seriously complaining about playing Barbies for 10 min?"

Another woman said the post made her "so angry" and appeared completely baffled by Lynn's remarks.

Hundreds of people who grew up as a single child chimed in, admitting life without siblings is "very lonley" so urged Lynn and other parents to spend time with their child.

Not everyone disagreed though as some thanks Lynn for sharing the "truth" with many admitting they fell the same way.

In other parenting news, this mum reveals her eight-month-old baby sleeps on a mattress on the floor because it teaches independence.

Previously, a mum let her son, TWO, make his own dinner from scratch – chopping veg & boiling pasta – but insists it’s not dangerous.

Plus this mum made a chore list to trick her kids into doing jobs and say her house is the cleanest it's ever been.