A FRUSTRATED mum-of-four has revealed her partner's terrible food shop for their kid's birthday party – but people think he's not as stupid as it seems.

Posting on Mumsnet, the woman said her man is "losing the plot" – but others think they've figured out his reasoning. 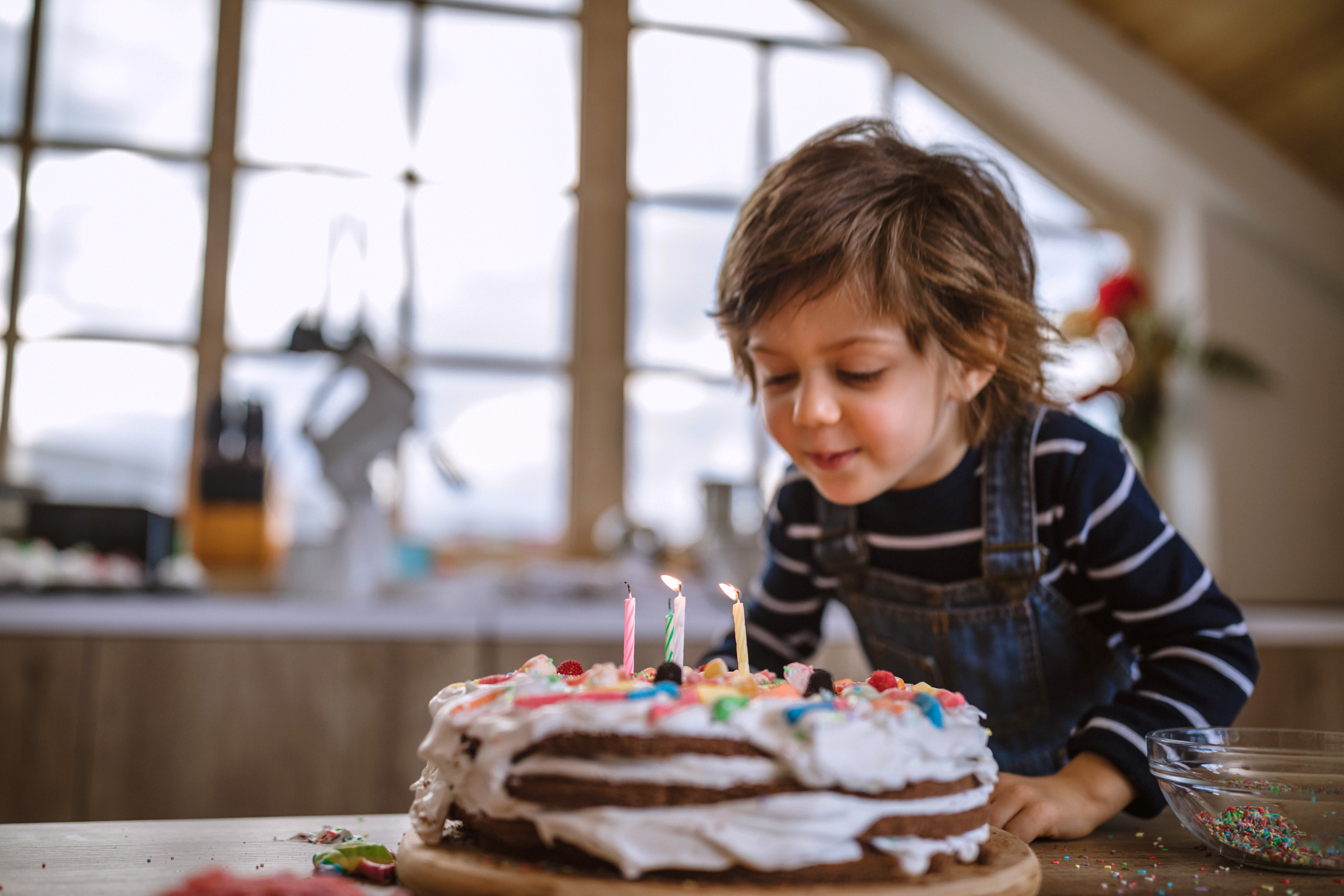 Replying to the post, her fellow mums said the dad was simply trying to make sure he never gets sent to the supermarket again.

They said: "He’s not lost the plot at all. He’s making sure you never ask him to get things from the shop again" – so do you agree?

The Mumsnet user, who has four kids under 11, explains: "I asked my partner to pay for and pick up some party food for ds (dear son's) 5th birthday and gave him a list on his phone.

"He calls me from the supermarket to ask what to buy and I end up reading out the list and adding it all to the online shop and buying it myself to save him from carrying it home.

"I do this nicely. After reminding him about the list on his phone. He doesn't thank me. We agree he should pick up cake ingredients to save me looking up the recipe."

But instead of buying cake ingredients the dad, who has a history of making his partner "feel like I'm failing", comes home with something very unusual.

She adds: "He's come home with four, brown at the bottom, reduced because the best before date is today, gem lettuces from Tescos. For the party on Sunday.

"He has to go put again now because he's forgotten to buy the cake ingredients.

"I can't mention to hime that it's a very weird thing to buy for a fifth birthday party as he would be very offended and I'd be a terrible nag.

"He's no health freak and they weren't on the list. AIBU (am I being unreasonable) to think he's losing the plot?

"On closer inspection we already have a gem lettuce in the fridge, so that makes five." 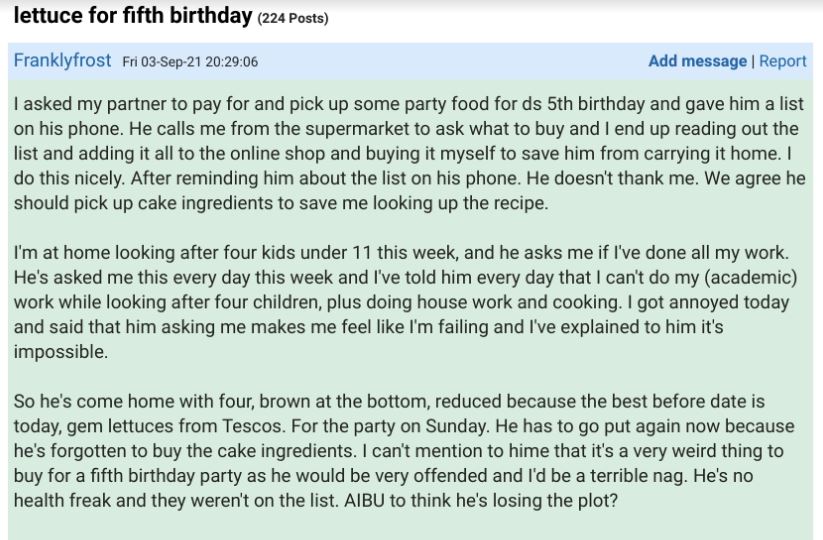 Commenting on the thread, one mum said: "I feel the frustration here…but I also laughed quite a lot.

"That's such an obvious 'I don't want to do things so I will get them wrong and she will never ask me again' that it's almost painful."

A second wrote: "Give him a list and send him back. But also, serve him an enormous pile of lettuce at the party."

And a third added: "It's known as strategic incompetence. It's very effective."

A fourth commented: "He's basically in a huff, probably because he's 'had to do women's work' and so he's done it badly – consciously or subconsciously- so that you never ask him to do such a task again.

"Do not fall for it. Make him do it and do it right. His time and effort is no more precious than yours".

Yesterday, a mum divided opinion by advising women to learn to cook, buy lingerie and give their men space to keep them happy.