Patricia Woyen's son Tyler, four, has been suffering with the debilitating skin condition since he was just three-weeks-old. 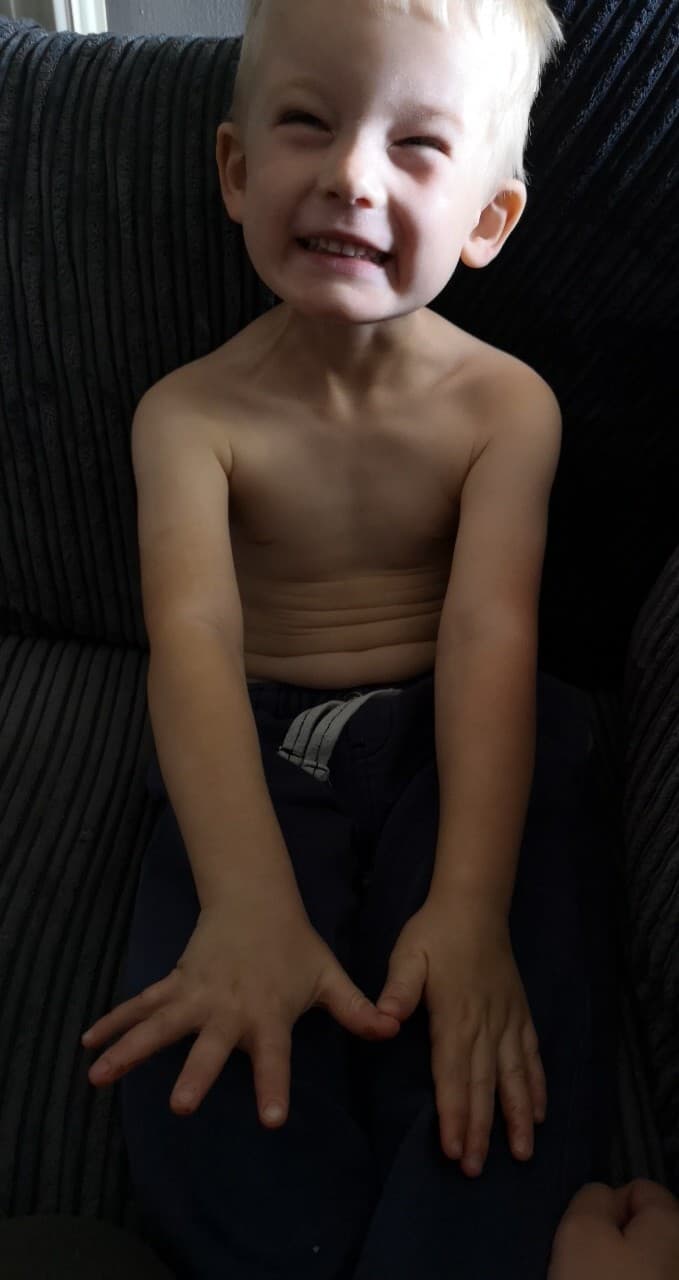 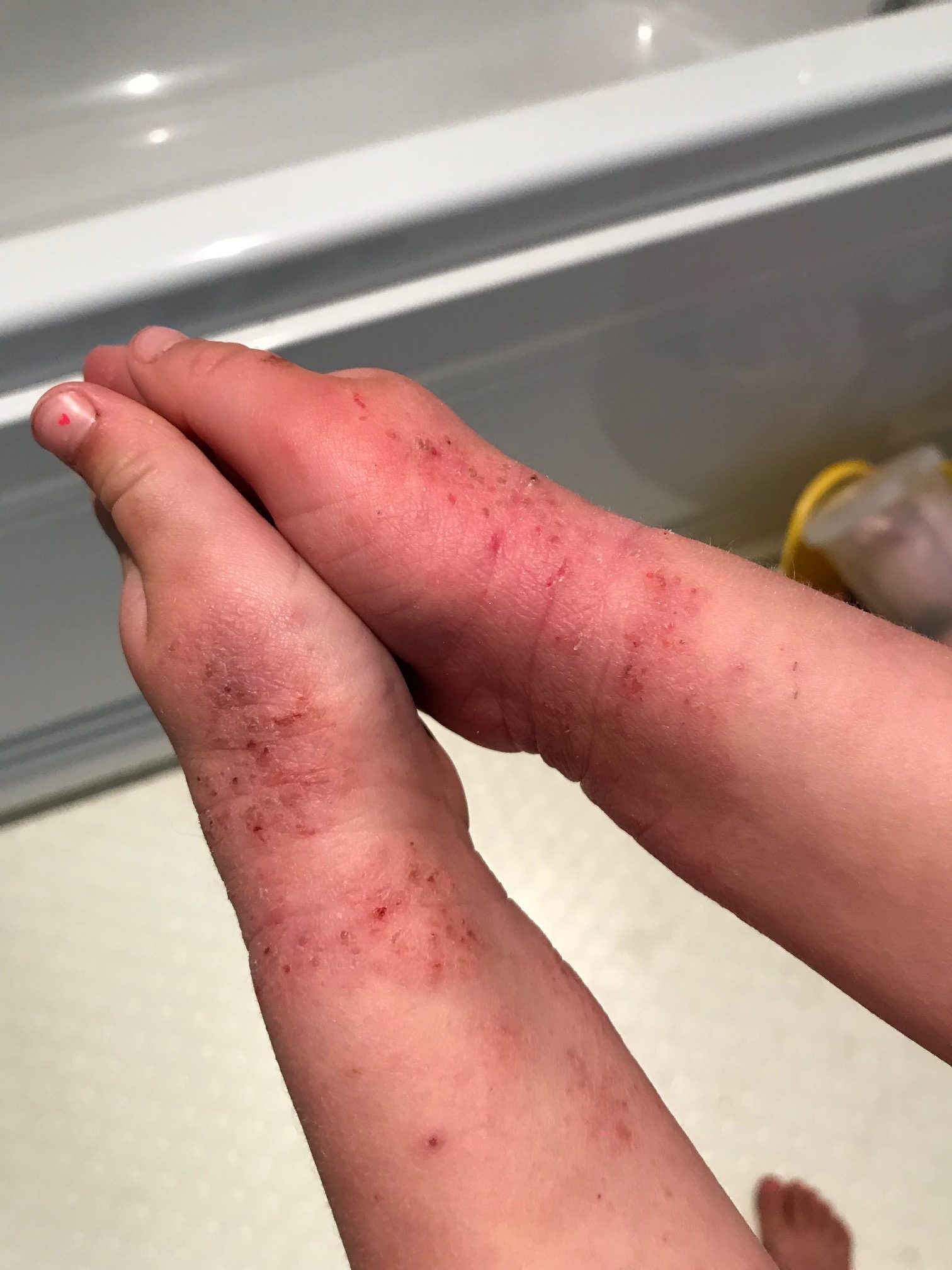 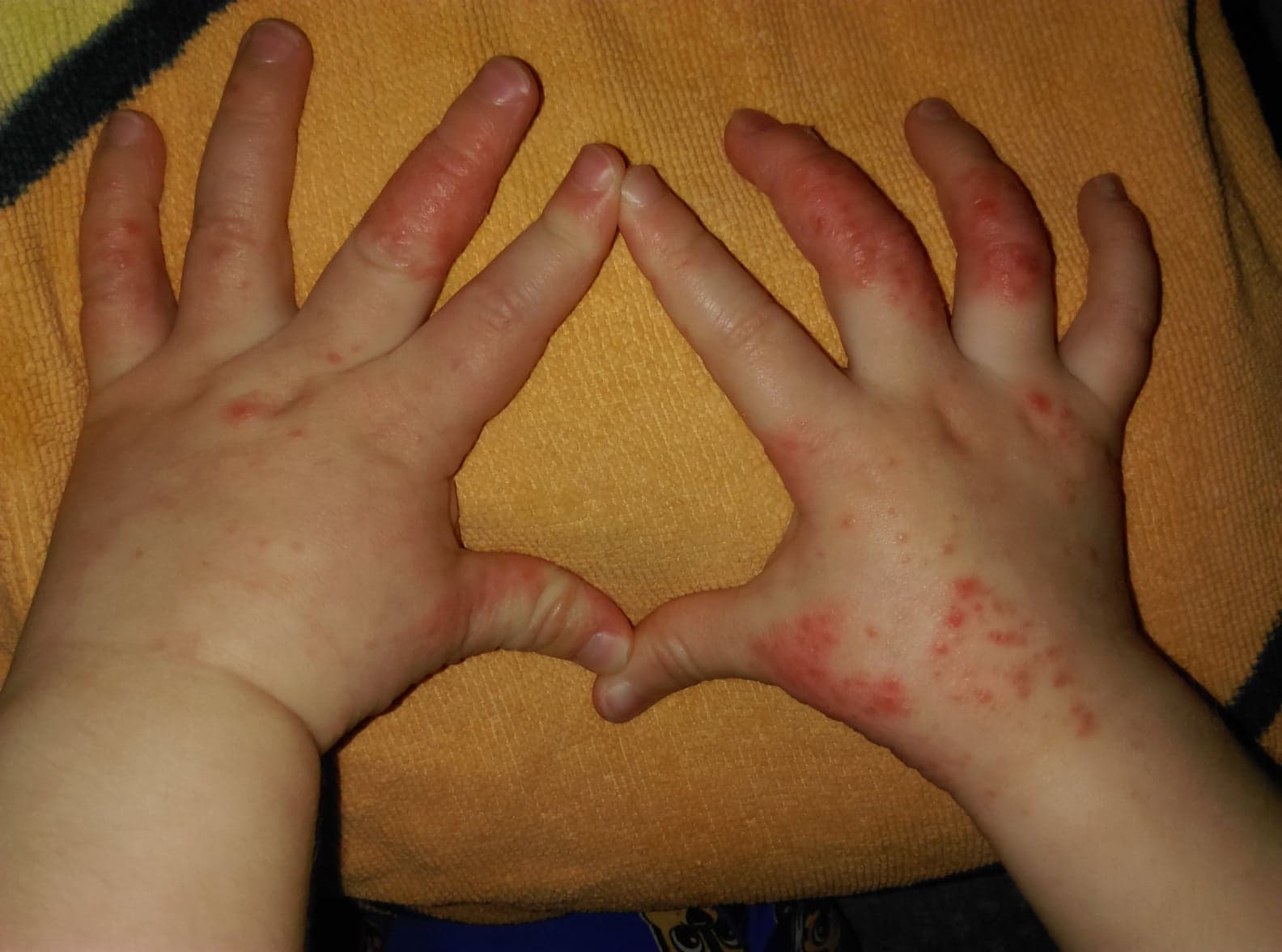 The full-time mum, from Yorkshire, said she had been back and forth from the doctors and tried a variety of moisturisers and steroids.

But the youngster was still left clawing at his skin – to the point where it had become raw and infected.

Patricia said a neighbour then told her about a natural bar of fresh goats milk soap, called MooGoo, that might give the boy some relief.

Willing to try anything, she went to a local pharmacy and bought a Fresh Milk Cleansing Bar, as well as the shampoo and conditioner.

She began using the products for Tyler's bath time and was surprised to see how much it had cleared up his skin.

"There is a family history of skin conditions so we kind of expected it. My dad has multiple and severe skin issues which have affected him since the age of three.

"When Tyler started showing signs of eczema and itching, we visited several GP’s who prescribed us numerous moisturisers, steroids and at times antibiotics as the itching got so bad my son would scratch and the eczema became infected. 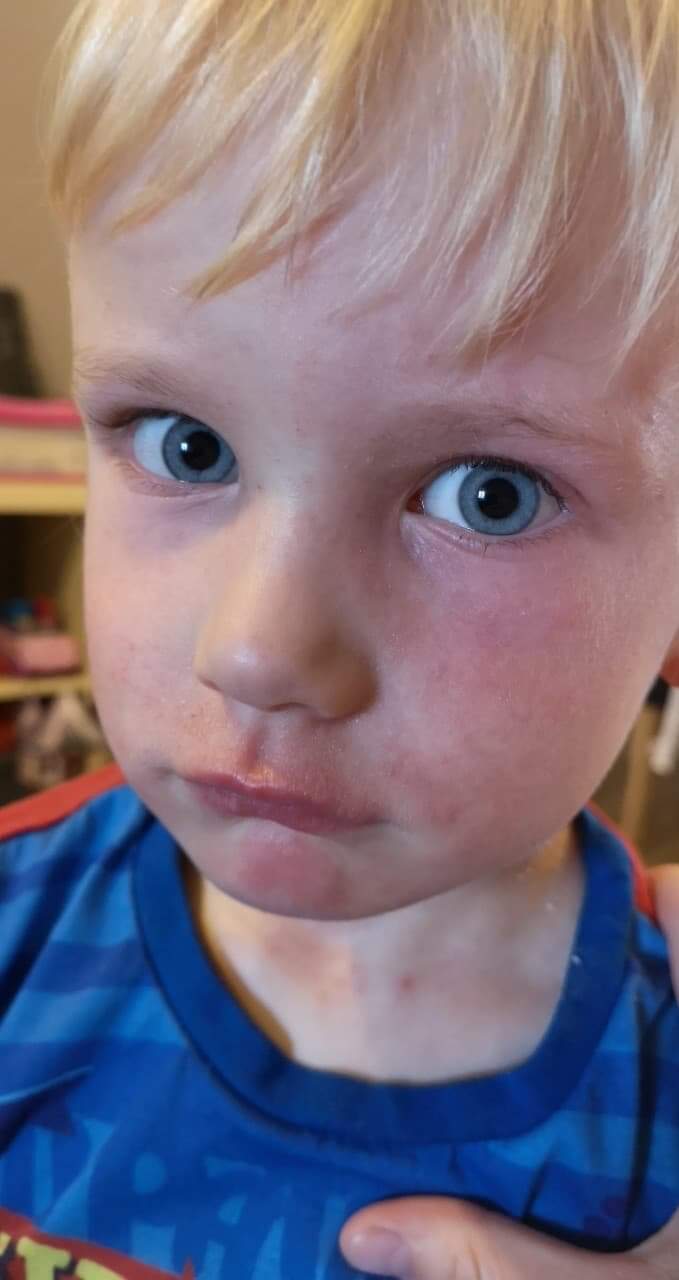 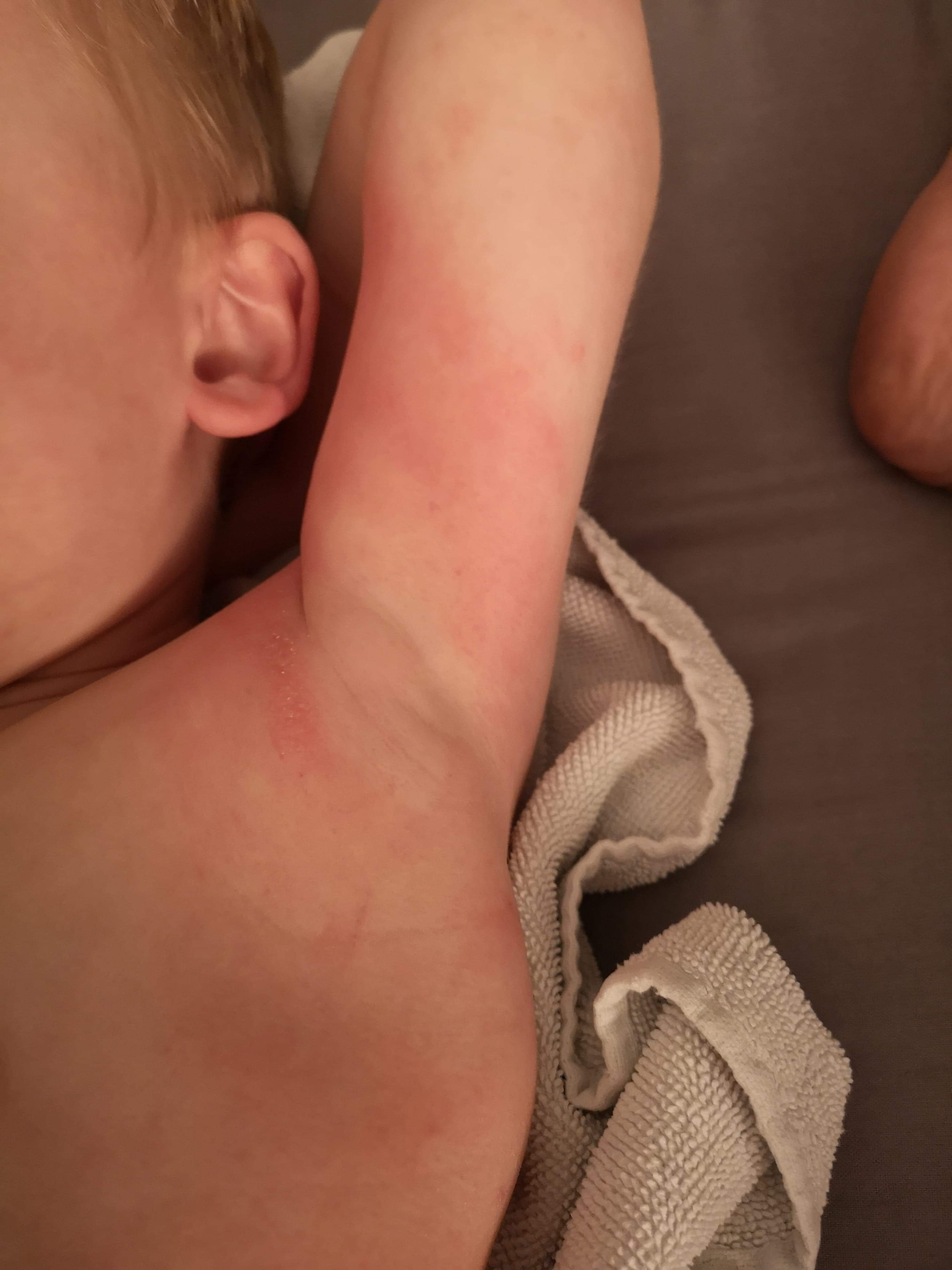 "It was really difficult to manage, especially as he got older and would itch. We tried several creams including popular high street brands which didn’t help.

"My neighbour actually spotted a story about a product called MooGoo in a paper maybe a year ago now and she recommended I have a look so I looked up stockists and there's one in Hull.

"I headed to the shop and I bought the MooGoo fresh goat’s milk, olive oil and cocoa butter soap, the shampoo and conditioner.

"His skin has been so much clearer since. He is four now so it really makes a difference especially as he has now started school, it is one less worry on my mind." 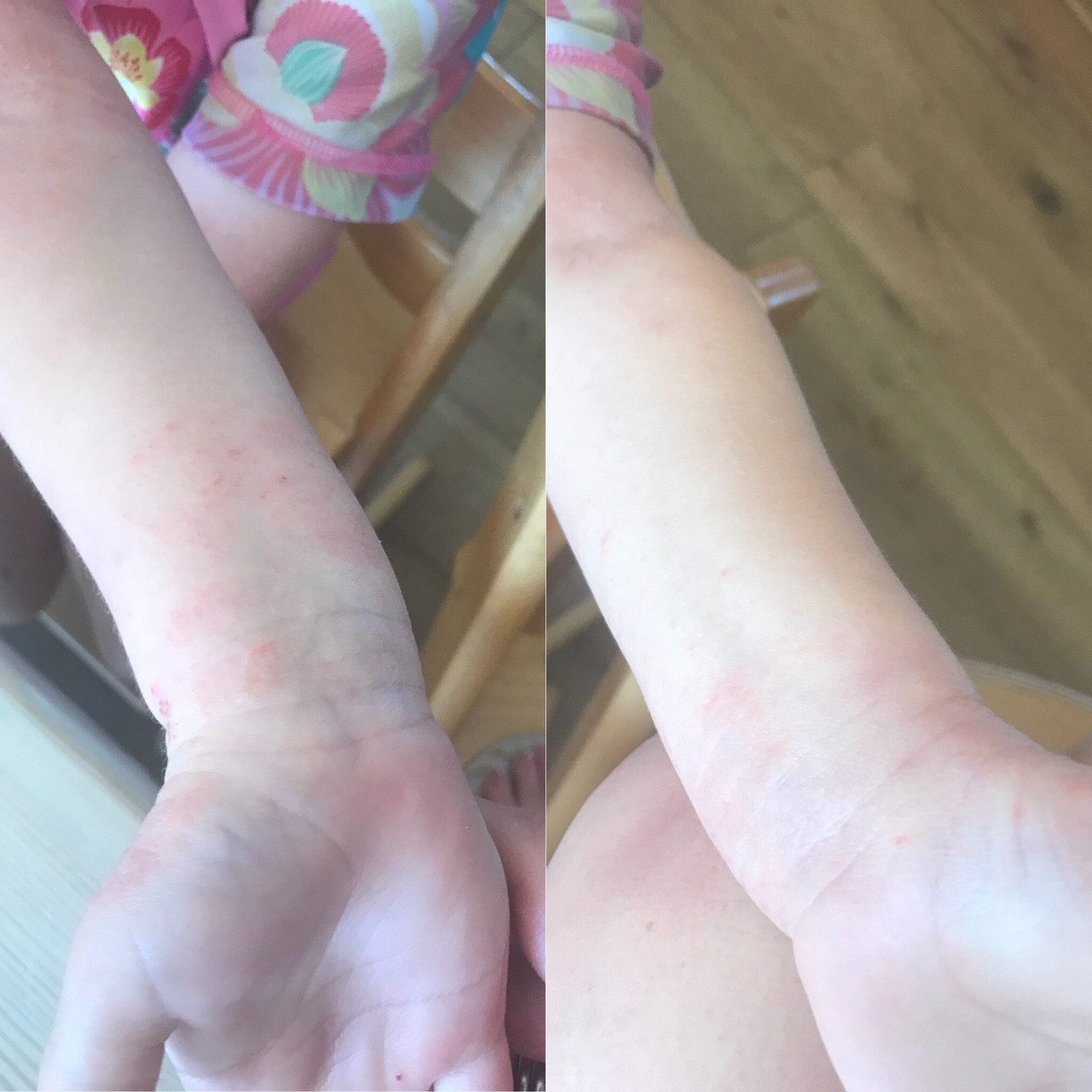 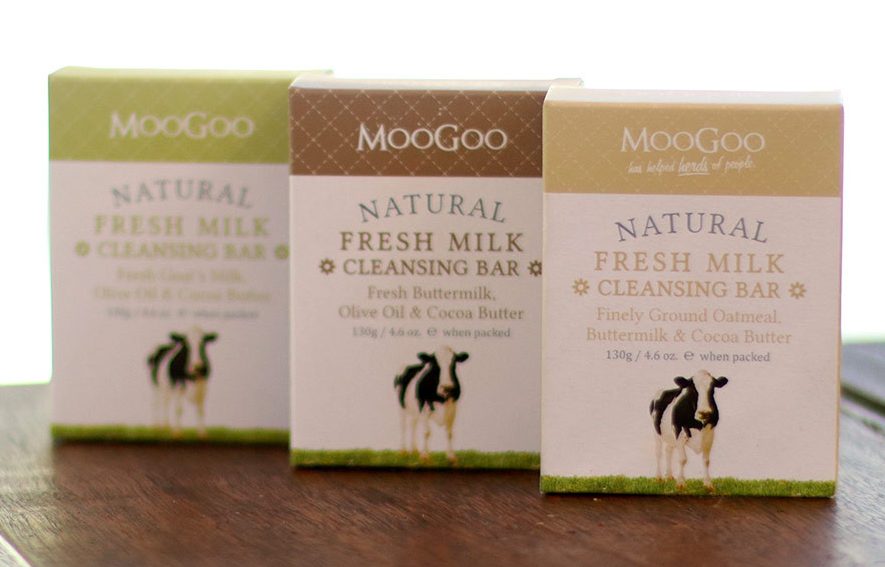 She added: "Tyler does still have the occasional eczema flare up but they are minimal."

MooGoo is a small, family run Australian business which is stocked in the UK in local pharmacies, including Lloyds, and online.

It has grown in popularity with many taking to social media claiming it's eased eczema, psoriasis, dry scalps and even burns from treatments such as radiotherapy.

MooGoo founder, Craig Jones, created the brand after seeing his mum use a cream on cows udders to stop them chafing.

Eczema is a condition that causes the skin to become itchy, red, dry and cracked.

Atopic eczema (the most common form of the condition) is more common in children, often developing before their first birthday.

However, it may also develop for the first time in adults.

It's usually a long-term condition, although it can improve significantly, or even clear completely, in some children as they get older.

The exact cause of eczema is not known.

Symptoms:
Some people only have small patches of dry skin, but others may experience widespread red, inflamed skin all over the body.

It can affect any part of the body but it most often affects the hands, insides of the elbows, backs of the knees and the face and scalp in children.

There are many different treatments to help control eczema, including:

He noticed an improvement in her psoriasis and created a formula based on this, which was more user friendly and less thick.

"Although there is no miracle cure for eczema and its related allergies, it has worked for many people and spread via word of mouth."