But one mother has sparked fury online, after revealing she won't vaccinate her five children, because they are "protected by Jesus". 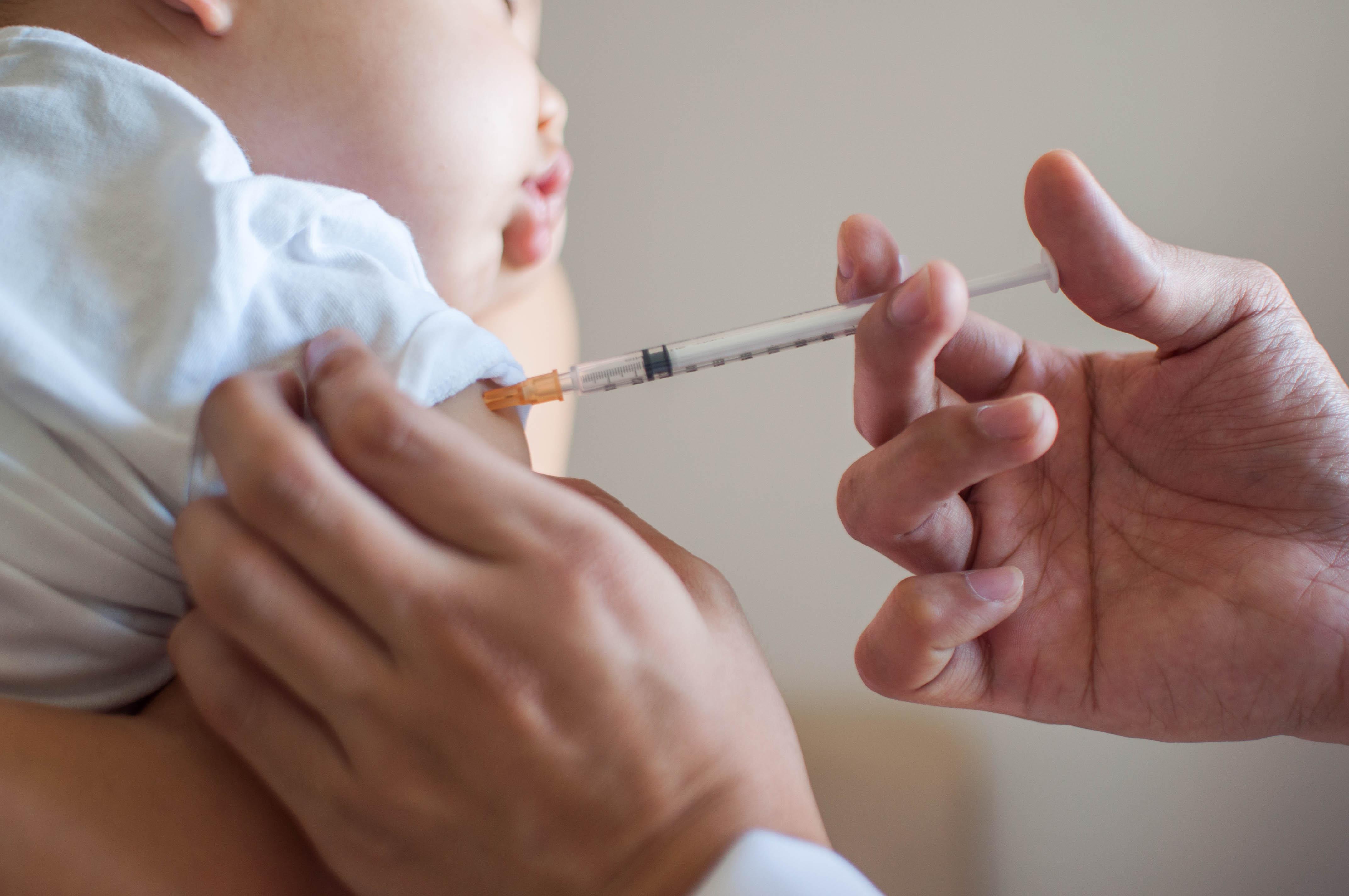 Speaking about her decision on Facebook, the mum wrote: "I have five children and they will never be vaccinated.

"They are protected by Jesus for I know faith helps you walk the righteous path.

And the post was certainly met with backlash online, UNILAD reports. 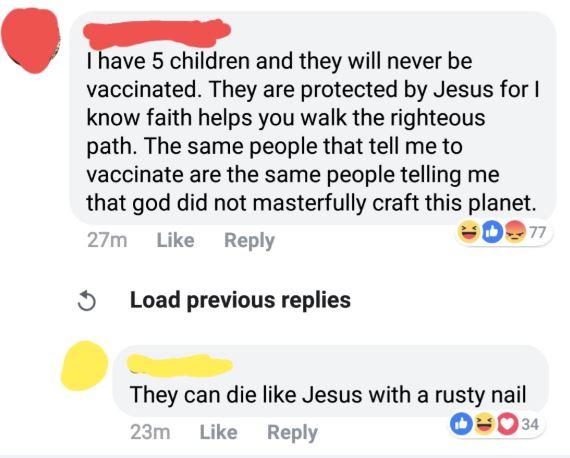 One person clearly disagreed, arguing they could "die like Jesus with a rusty nail".

The response is believed to be because of the kids' lack of tetanus injections. 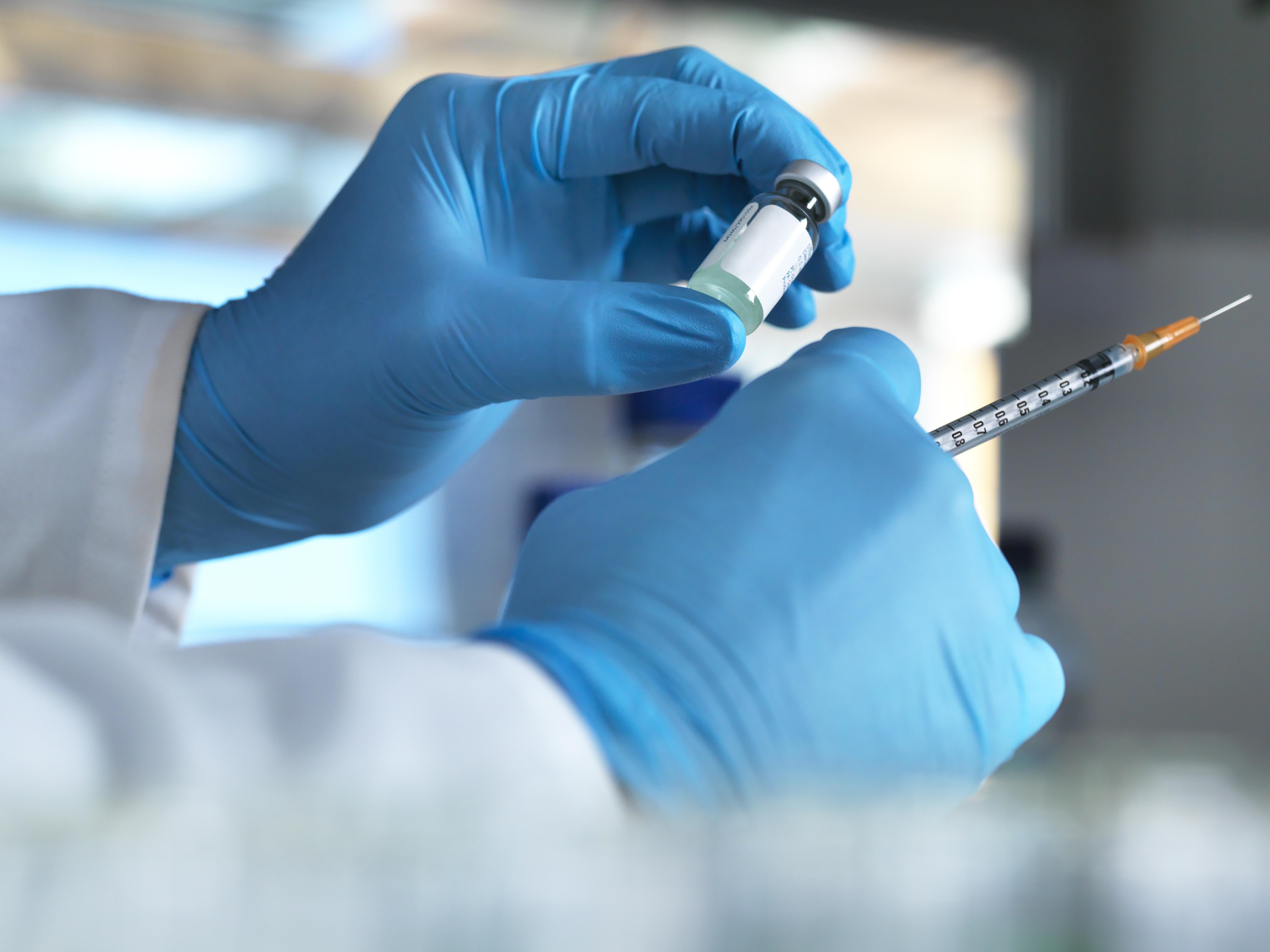 The post comes after a warning from the World Health Organisation (WHO) who released a statement this week, explaining that the reluctance to vaccinate "threatens to reverse progress made in tackling vaccine-preventable diseases".

According to WHO, vaccination prevents up to three million deaths a year – but the organisation expressed serious concern that measles, for example, has seen a 30 per cent increase, with 72 children and adults in Europe dying from the disease last year.

"Vaccination is one of the most cost-effective ways of avoiding disease – it currently prevents 2-3 million deaths a year, and a further 1.5 million could be avoided if global coverage of vaccinations improved," they wrote.

Earlier this week, we told you hundreds of Mumsnet users have their personal details exposed after data breach.

We also revealed this mum was scolded by five-year-old daughter’s teacher for over-packing her lunchbox – but is this too much food?

And we showed you sassy women deliver epic comebacks to creeps who overstep the mark online.

Do you know Britain's best mum?

Click HERE to enter her in our Fabulous Mum of the Year competition for a chance to win a two-night spa break at Champneys worth £1,000 and a glossy magazine photoshoot.