A PROUD mum has given John Lewis a run for their money – after creating an adorable Christmas advert featuring her two-year-old son working in their family shop.

Little Lincoln Norris has captured the hearts of customers with his Christmas video – with many claiming it’s already the best festive ad of 2020. 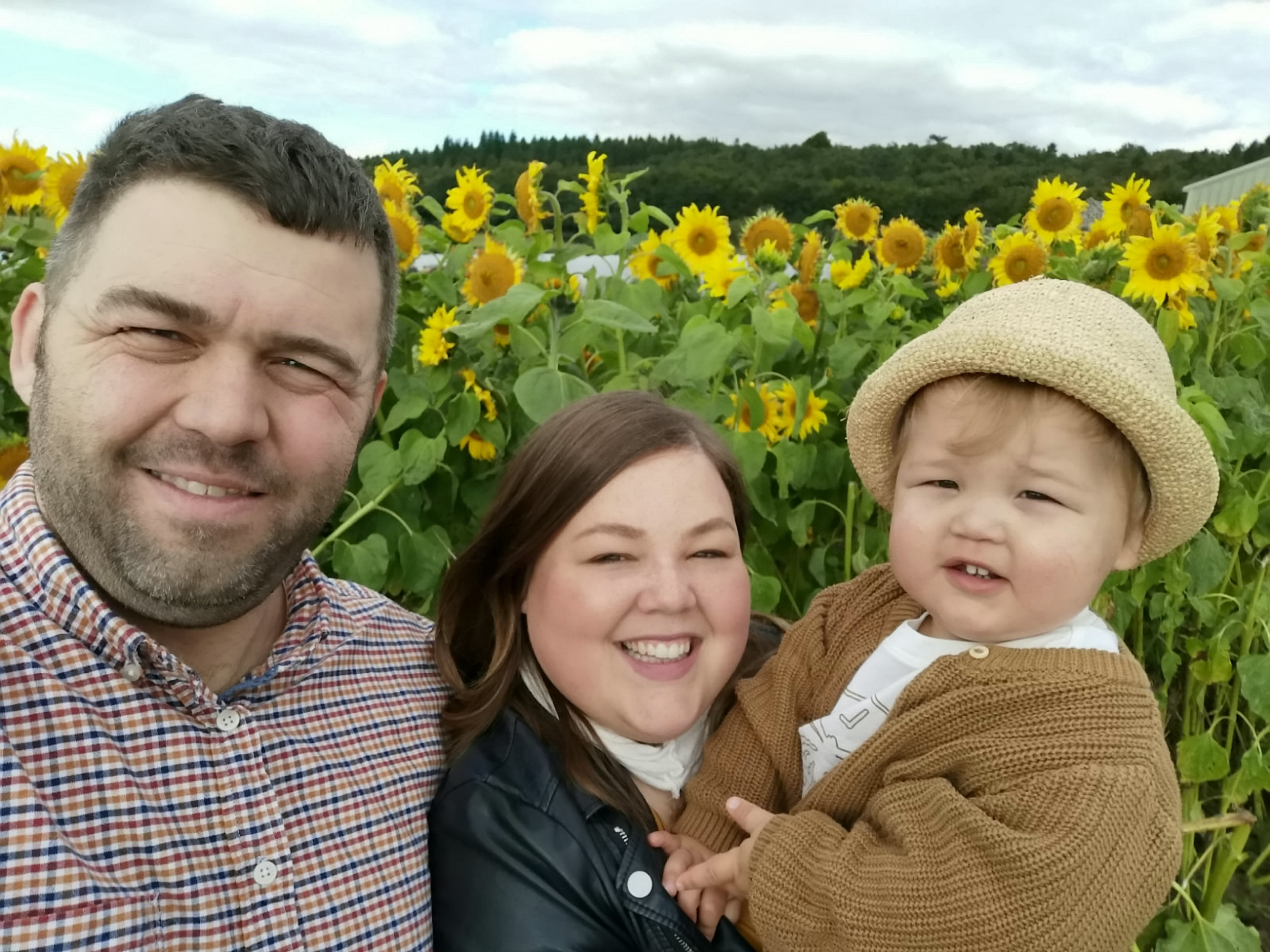 The adorable clip starts with the tot hard at work in the store, scanning shopping, while wearing a uniform his gran handmade for him, and asking customers ‘cash or card.’

Lincoln is seen stacking shelves and wishing everyone a Merry Christmas in the 90 second video, filmed at the Ayton Mini Market, in Ayton, Scottish Borders.

And doting mum Lisa Norris, 29, said it could rival the famous John Lewis Christmas advert – despite creating the video on her iPad for less than £25.

Mum-of-one Lisa, who works part-time in the shop which is owned by her mum Linda Hall, 56, and stepdad Darren Hall 51, said the clip is bringing joy to customers. 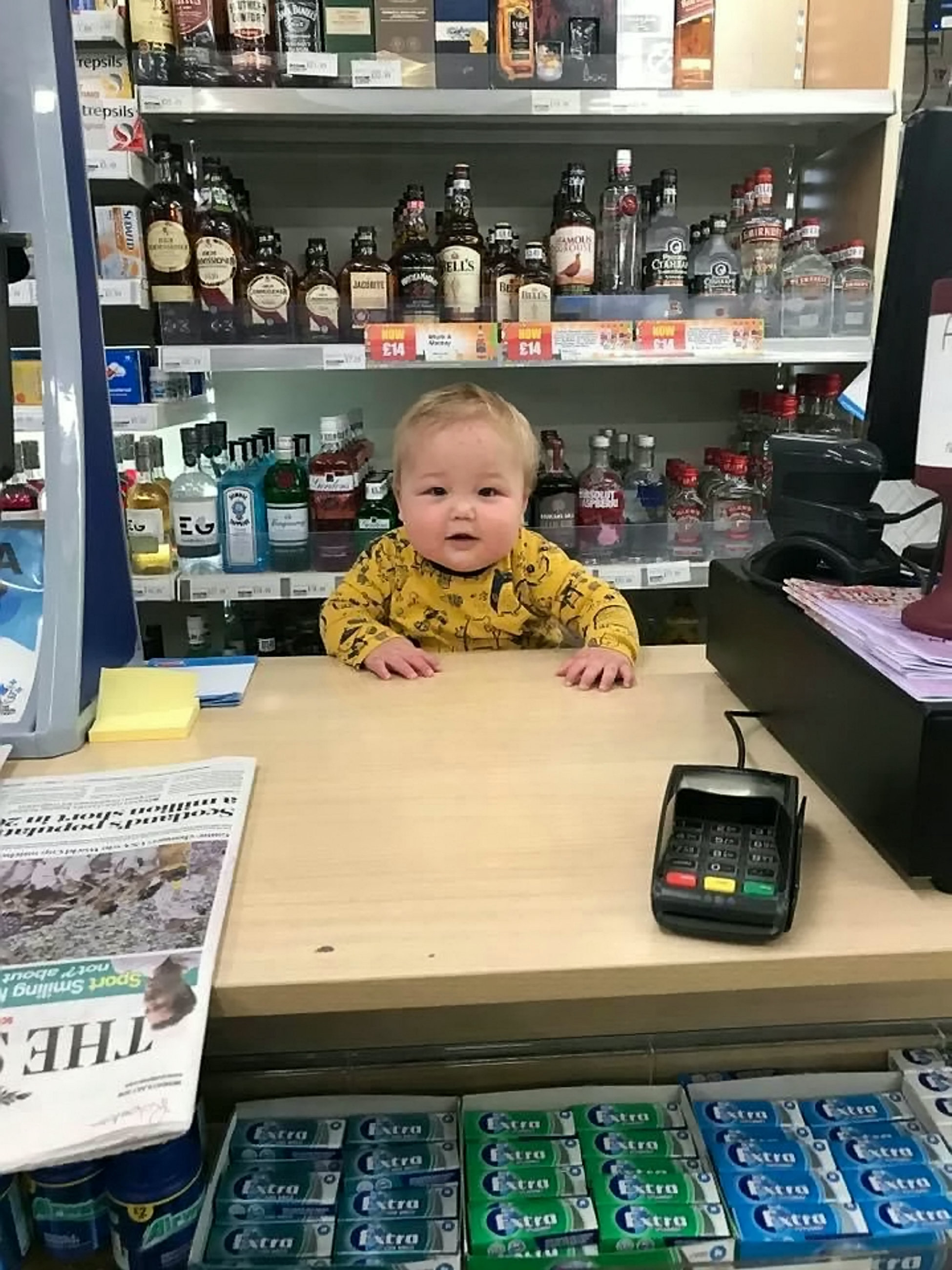 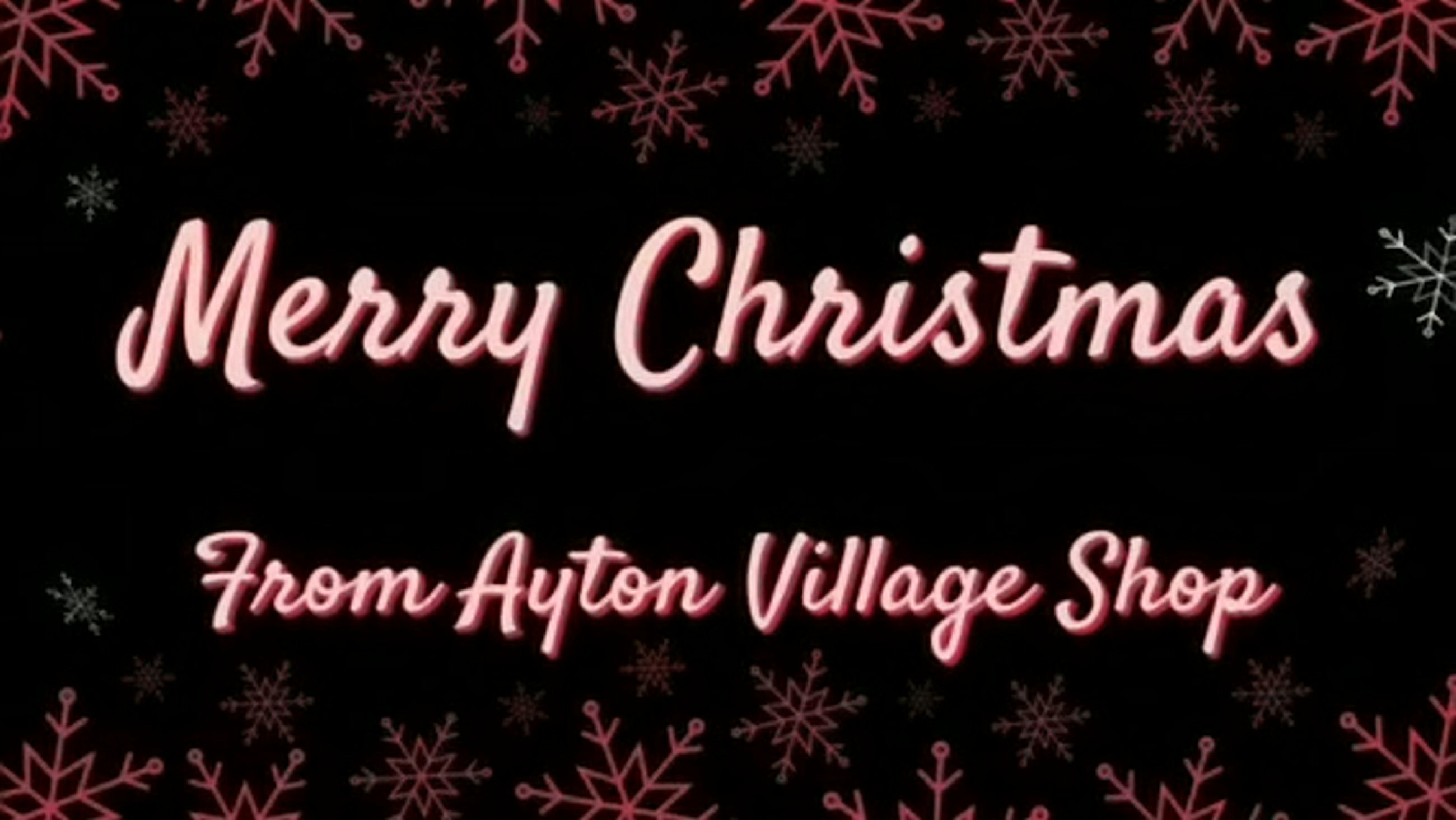 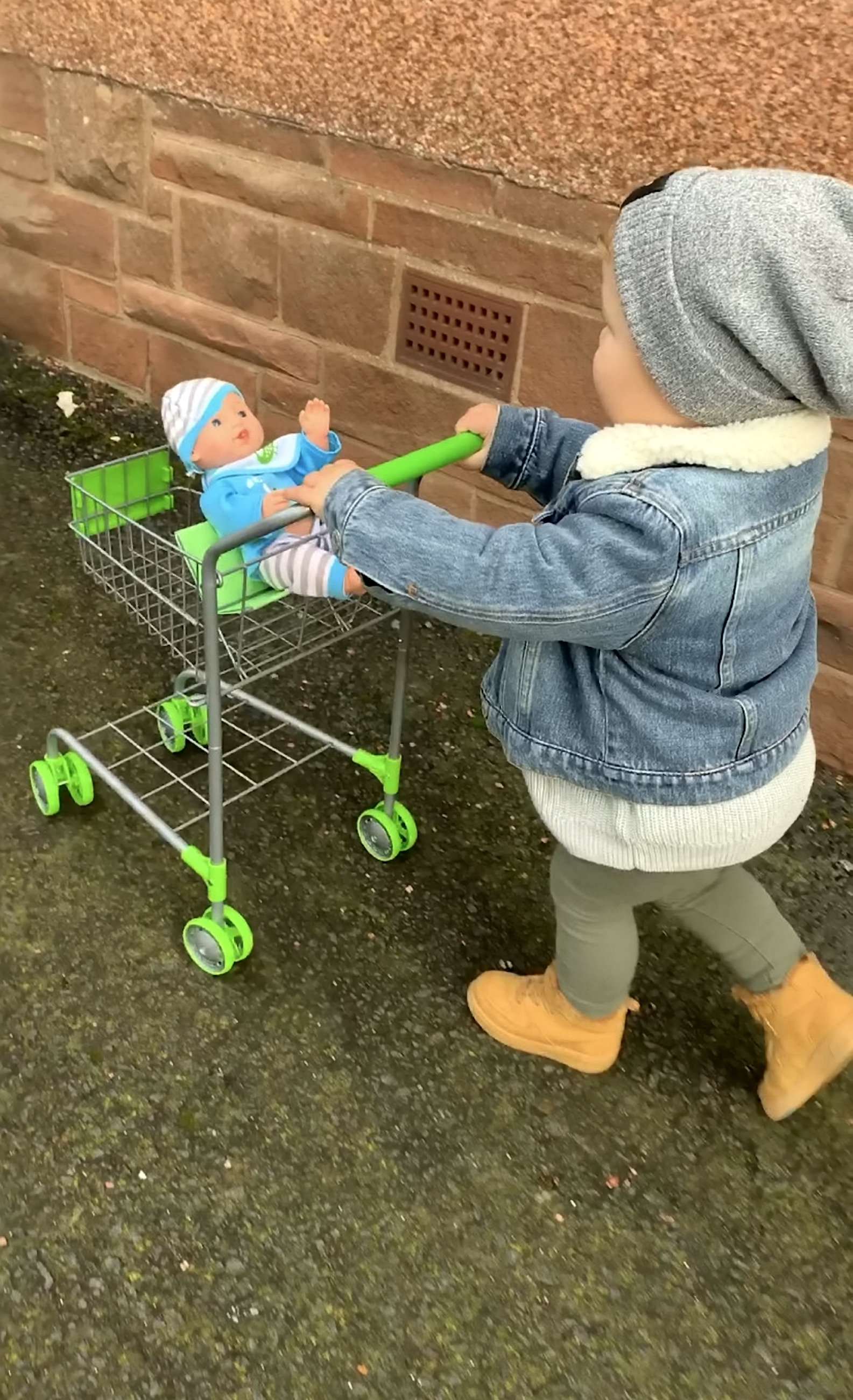 Lisa, from Ayton, said: “The ad has been popular with customers and made people smile.

“A lot mention the video when they come into the shop.

“Lincoln is so cute, they love it when he says cash or card, he's really switched on for his age, he's a little star.

“People have said it should be on mainstream TV and it’s the cutest thing they've seen in ages. 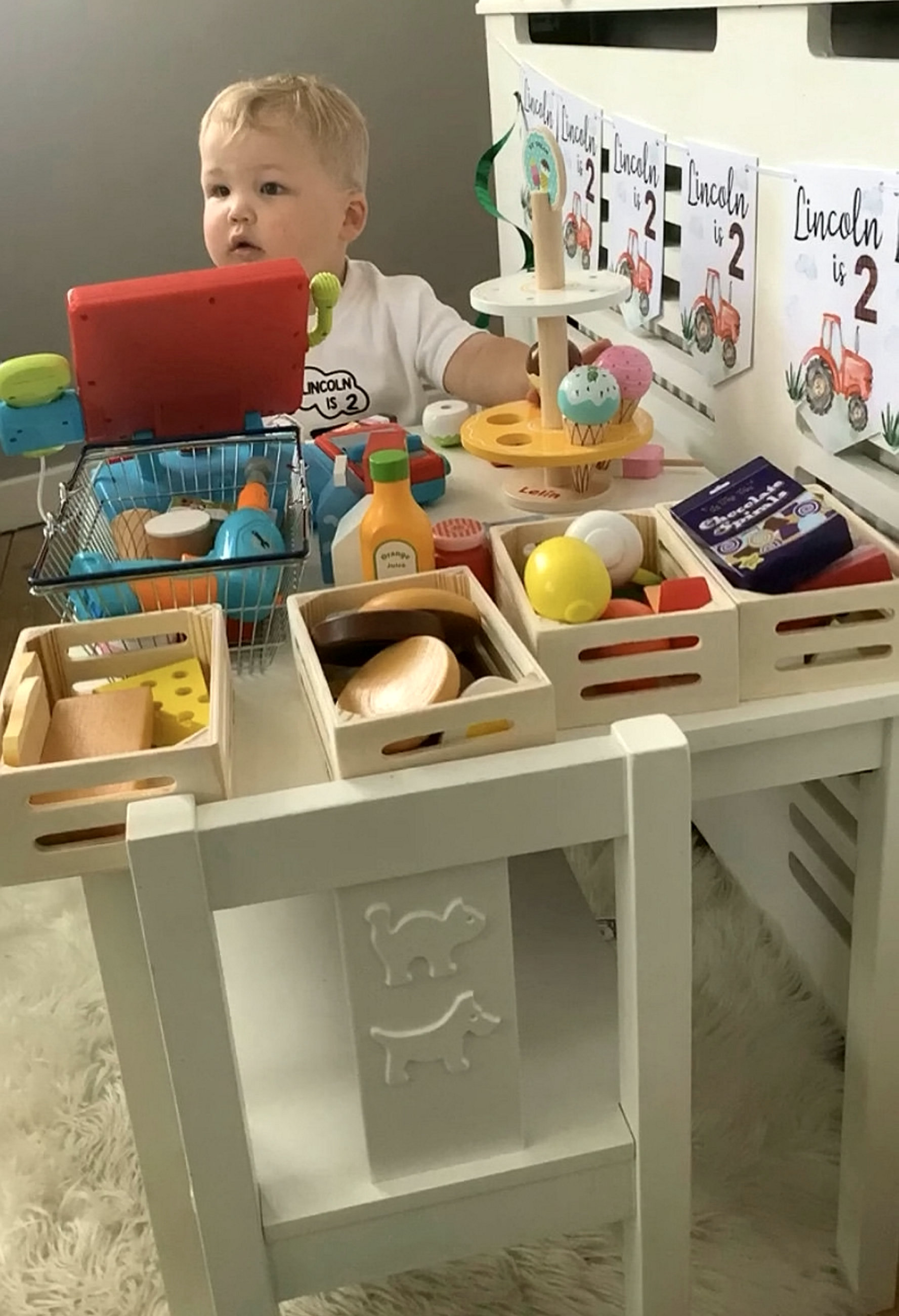 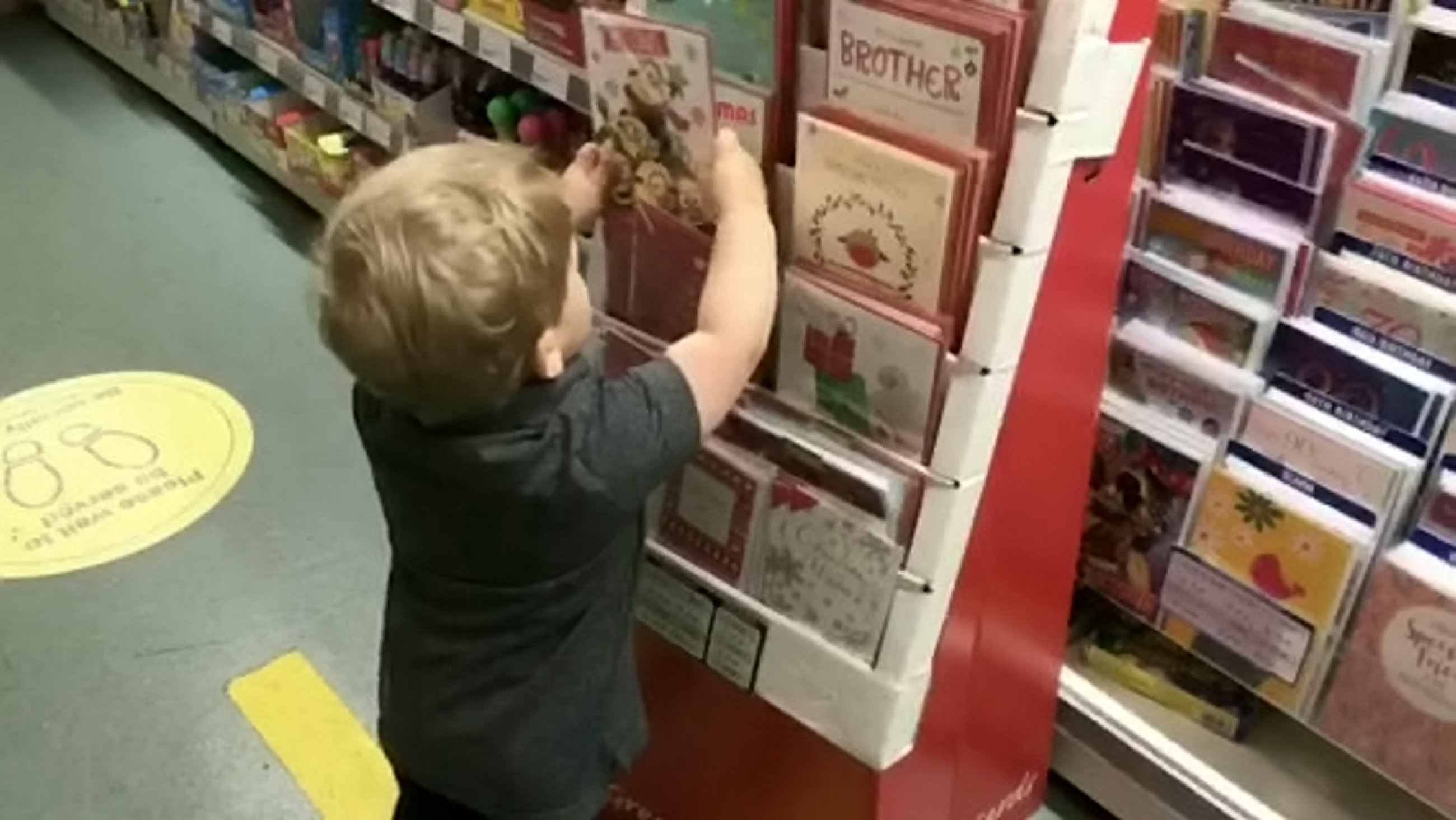 “Obviously John Lewis have a marketing team and a big budget and professionals to create their adverts.

“I just recorded Lincoln playing in the shop on my iPad and don't know much about video editing so it's kind of thrown together.

“I am biased though, and think because Lincoln is in it and he's the cutest that it does beat the John Lewis advert. 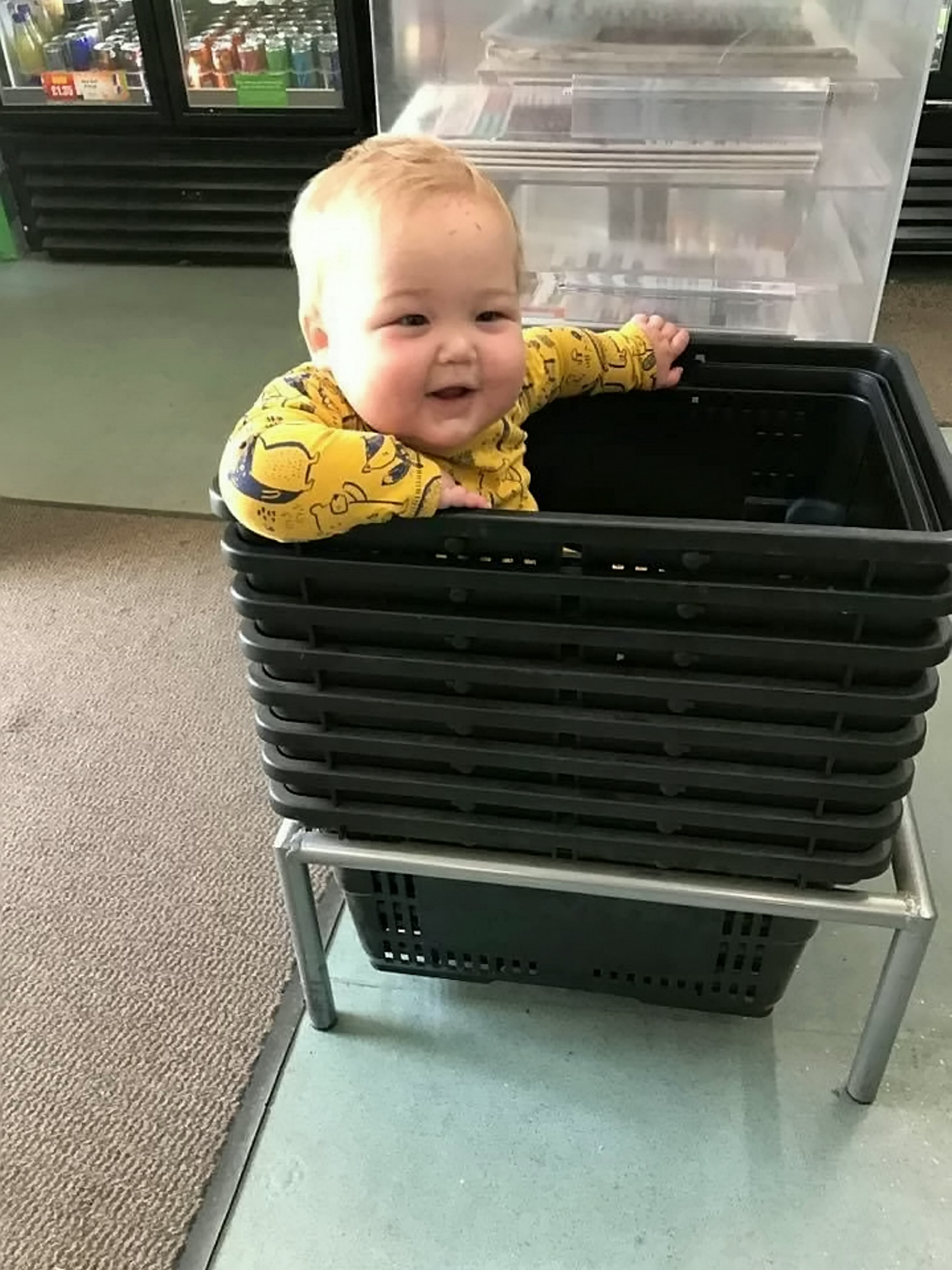 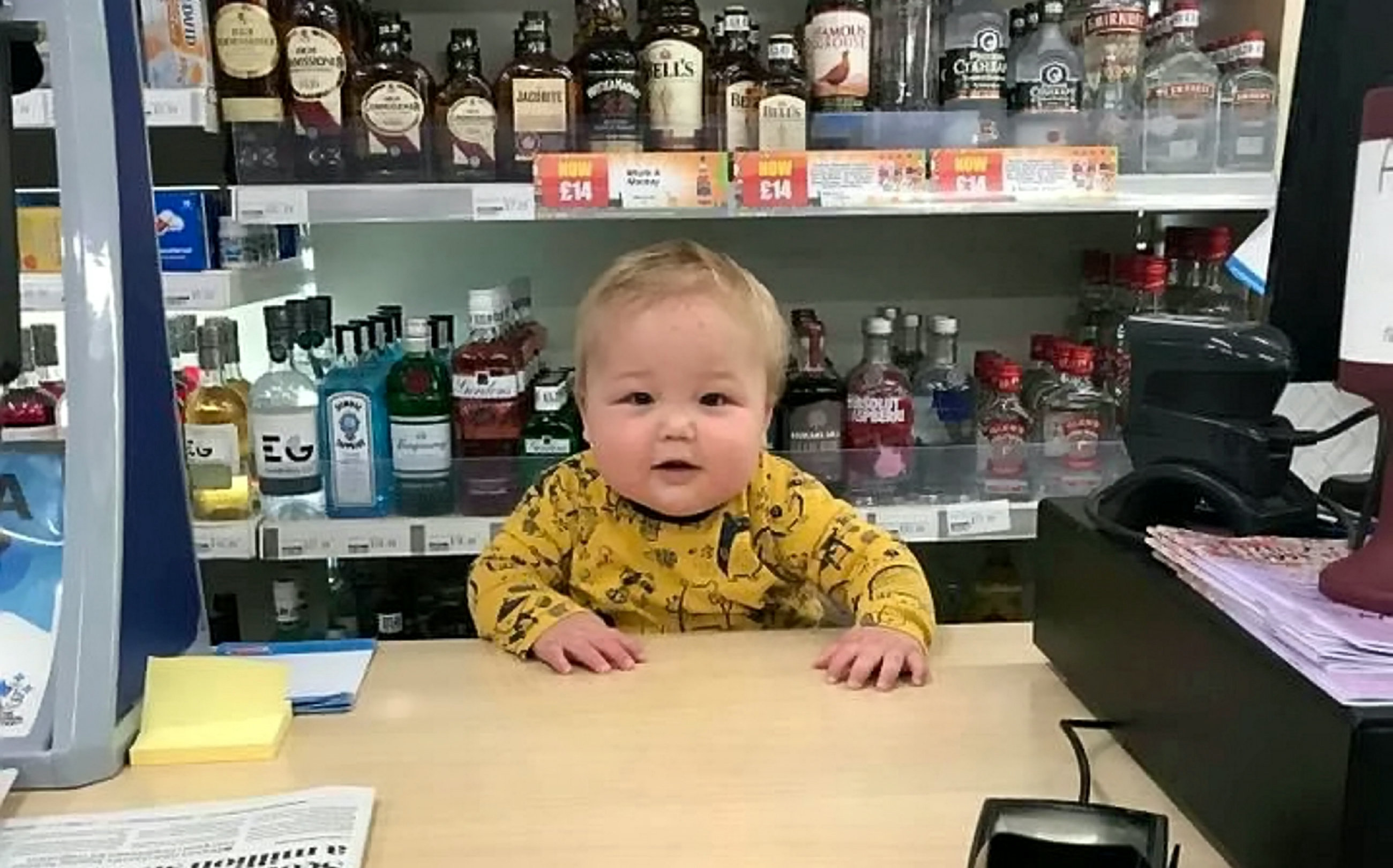 “It's a small village and most customers know Lincoln already, they say he is a wee star in the making."

Lincoln’s grandparents, who have owned the shop since 2013, bought him everything he needed to run his own shop – including pretend food, a mini trolley, basket and till.

Gran Linda even sewed the shop's logo onto his top so he could feel part of the team.

WHAT IS THE JOHN LEWIS ADVERT THIS YEAR?

John Lewis has gone all touchy-feely with its Christmas ad this year as it encourages Brits to do something nice for others.

The Give A Little Love ad, which is a joint effort with Watirose, was inspired by random acts of kindness during lockdown after the pandemic first hit in March.

It starts with a little girl wearing specs and a yellow raincoat helping a boy get his football down from the tree, using a heart umbrella.

The little boy then aids a snowman fly away who then helps a family get their car going.

The final moment is a kind-hearted nurse on a bus who gives a heart-shaped sticker on her apple and gives it to a little girl to mend her specs.

Lisa, married to Lincoln’s dad Chris, 36, said: “Lincoln has grown up spending time in the shop.

“He loves helping to serve and chat to the customers.

“With the current situation I wanted to spread some joy, cheer people up but also promote our shop and shopping local.

“I dressed him in his 'uniform' to go to work with me and just recorded him playing in the shop pretending to work. 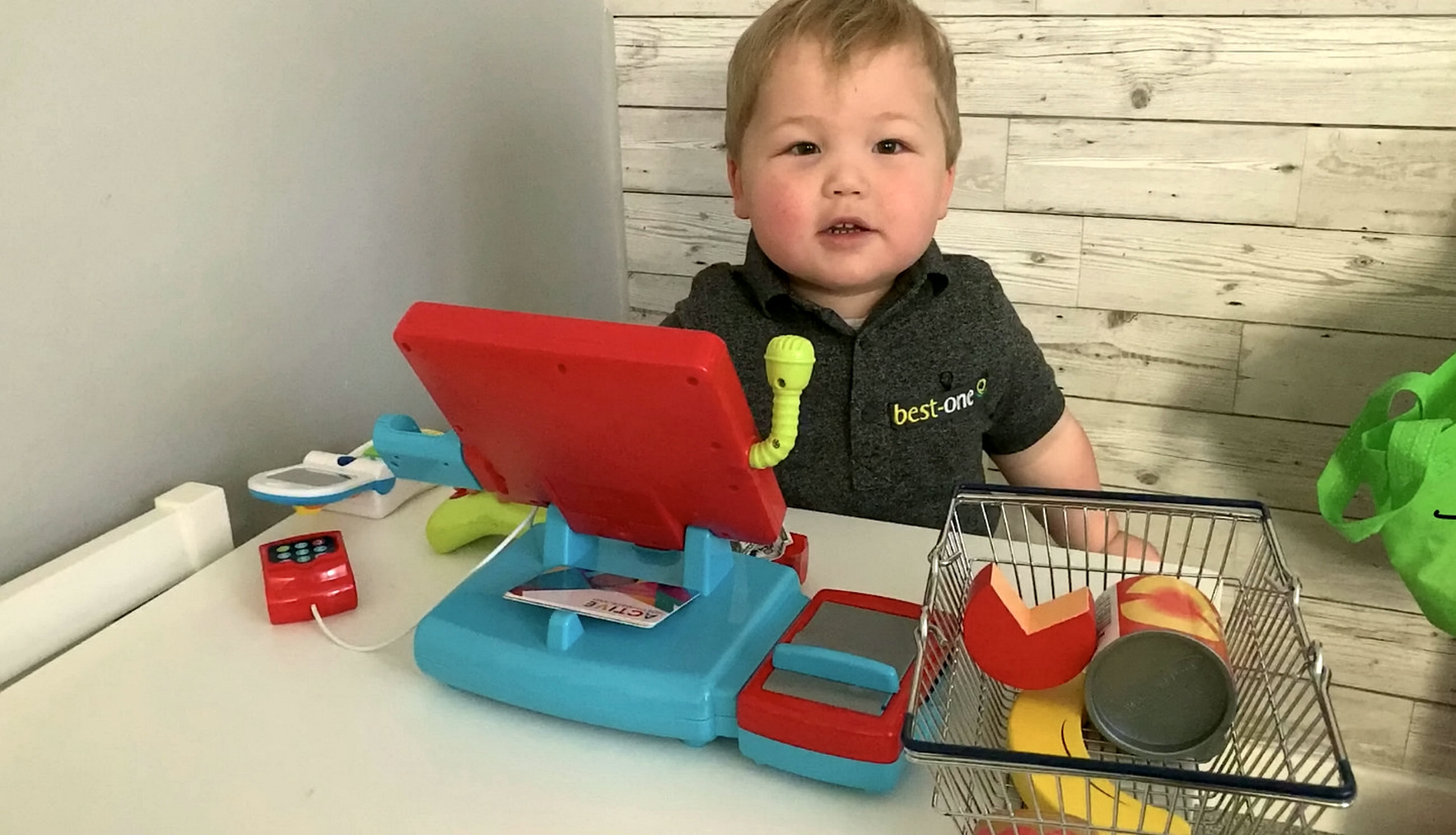 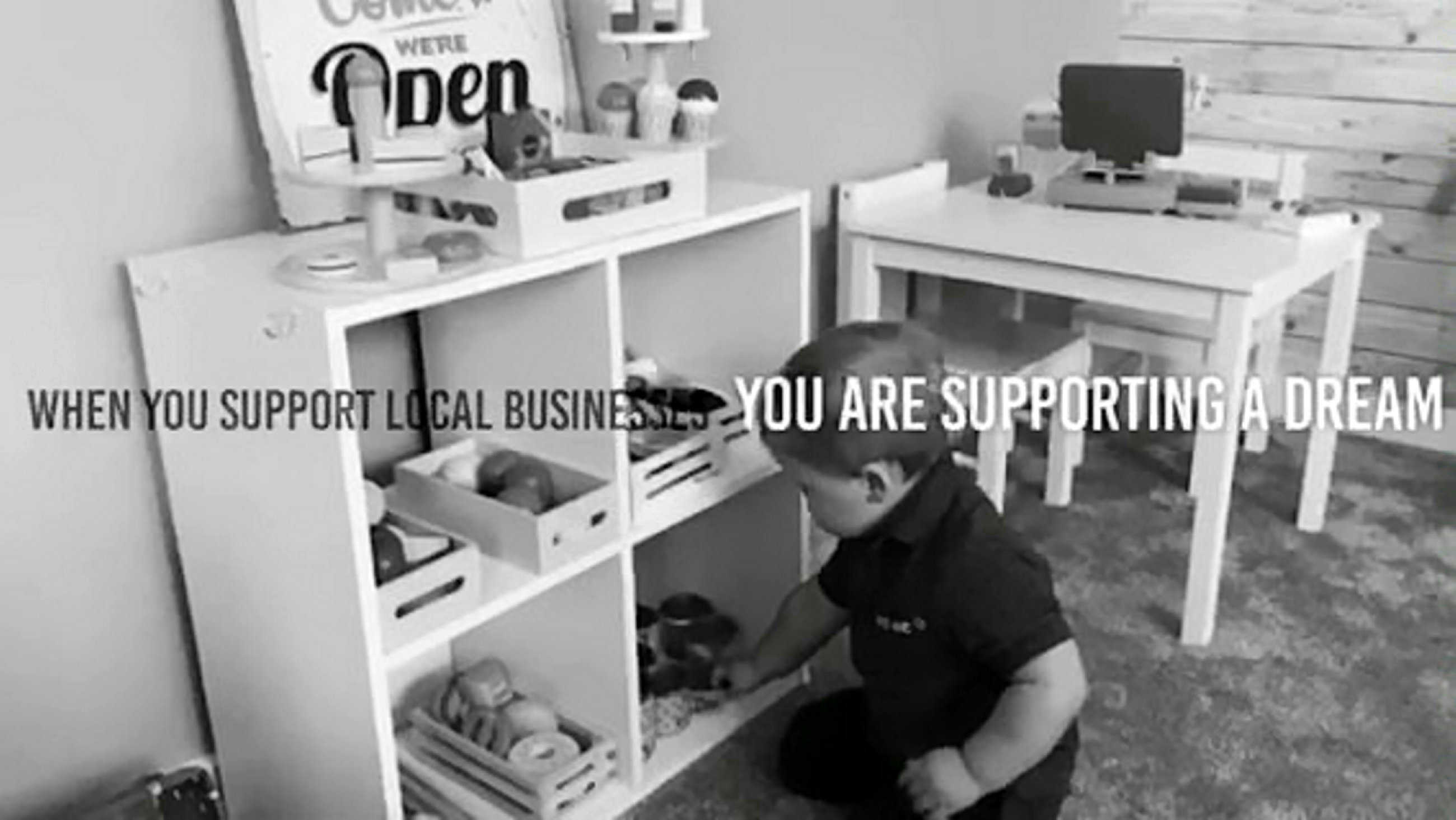 “He always asks to serve the customers and he copies what my mum says.

“Then at the beginning of the video he is just at home playing with his toy till and shop.

“My mum bought a grey polo shirt and sewed on the shop's logo that she cut out from one her old work tops so he could be part of the team too.”

And the ad has proved a hit on social media with many saying it beat’s the John Lewis ad this year. 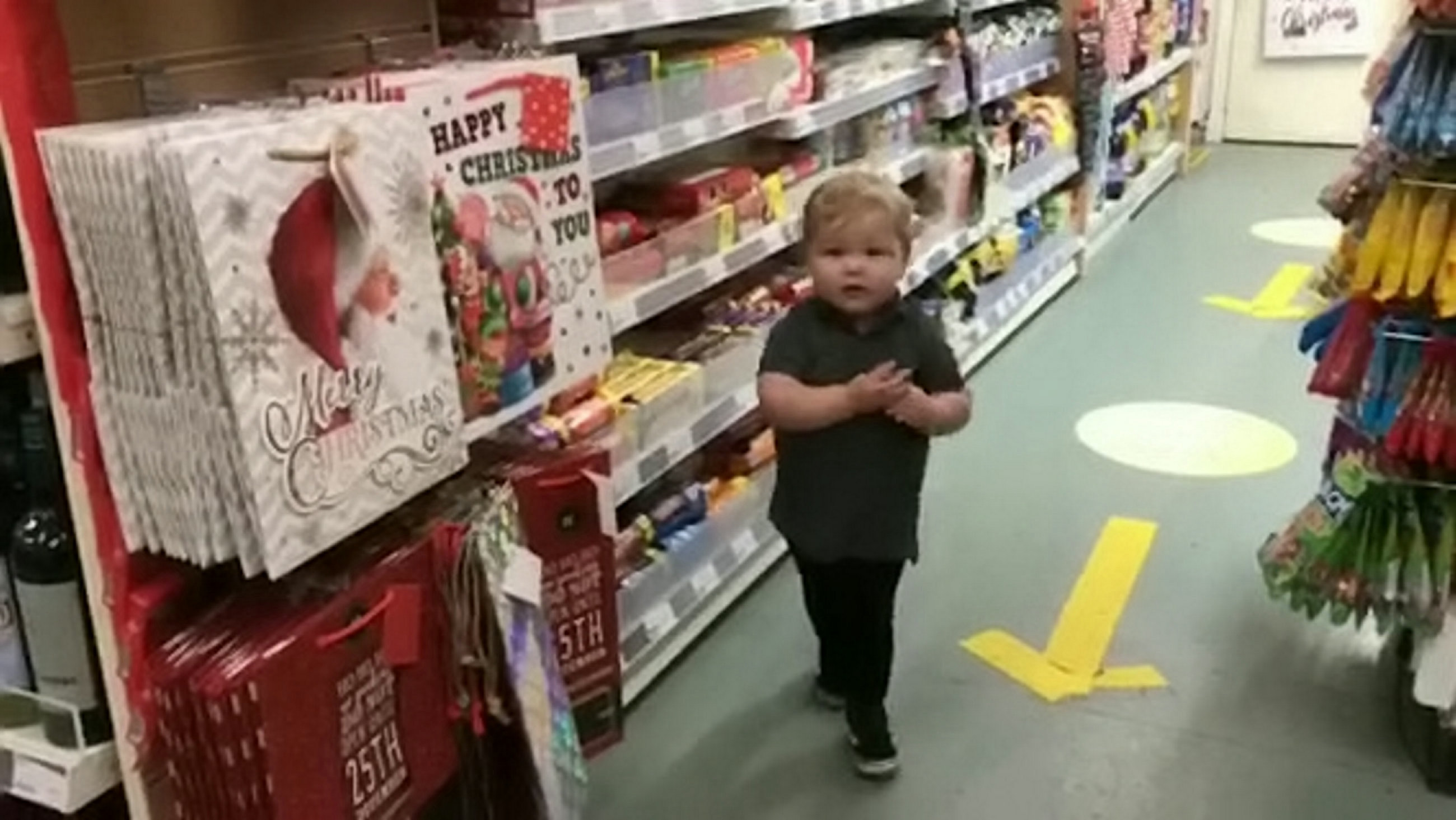 One person said: "John who? This advert is just the best.

“Well done and Merry Christmas to your little bright star."

Another said: "Best ever Christmas advert I've ever seen, just brilliant", while someone else added: "This wins hands down."

Here are the 9 acts of kindness featured in the John Lewis ad explained.

And viewers were left in floods of tears over Coca-Cola’s Christmas advert directed by Oscar nominated filmmaker – so did you cry?