WE all dream of having the perfect Pinterest-worthy Christmas tree, with hours spent decorating it with colour-coordinated ornaments andcarefully thought out bauble placement.

But one mum's festive dream was thrown out the window after her epic Christmas tree fail, which left thousands of people in stitches – including herself. 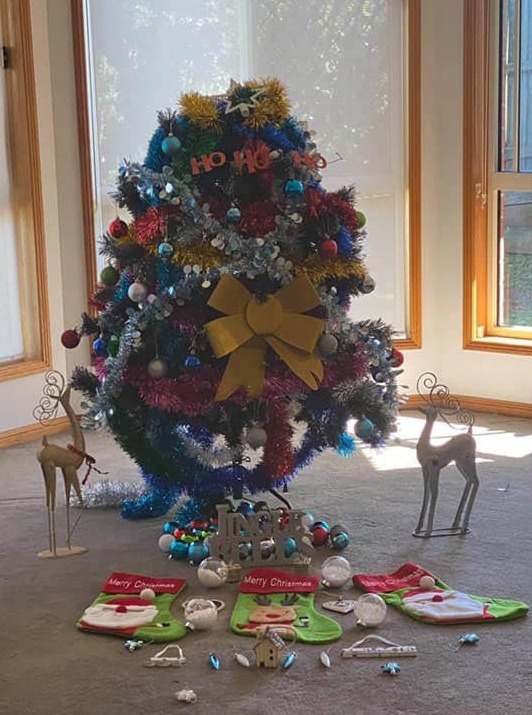 The Australian mum shared a snap of her recently decorated tree online and revealed it didn't quite go to plan.

You see, the mum had misplaced the top of the tree while moving houses throughout the year, but her son insisted on decorating it anyway.

Giving in to her son's wishes, she decided to use what she had of the tree instead of waiting to buy a new one – and the result is hilarious.

In a funny and relatable attempt at explaining what had gone wrong, the mum said: "I have had many people ask for a tutorial video how to do your tree like this but I think a PDF step-by-step instructions guide will be sufficient… however I don't have time for that so here you go."

I have had many people ask for a tutorial video how to do your tree like this but I think a PDF step-by-step instructions guide will be sufficient.

To replicate the tree, she joked that you must first lose part of it in April so you "don't have the opportunity to go back to your local waste collection and search through the garbage once you realise you have thrown it out".

Then allow your son you throw on every decoration you've collected over the years resulting in a messy array of tinsel, baubles and bows.

Next, she said: "Sit back with a coffee for an hour in peace while your son is occupied decorating said tree."

And dubbing it the most important step, she said: "DO NOT look on Kmart inspired homes at everyone’s beautiful trees they have created and question your life choices."

Her post quickly racked up over six thousand "likes" and hundreds of comments from people labelling the tree as "perfect", some even saying it's the best they've seen. 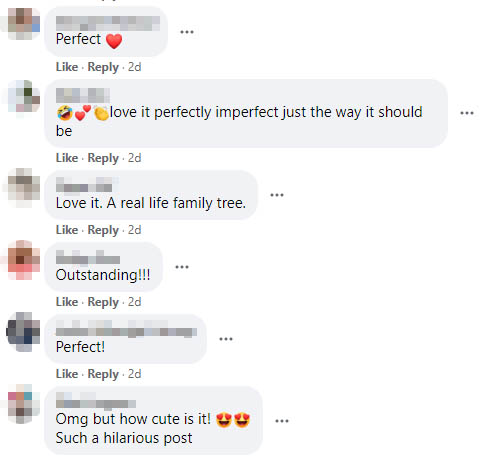 Others praised the mum for not taking things too seriously, and applauded her for letting her son get carried away.

"You just won the internet and the best tree of 2020 my friend!' one person joked.

While a fourth chimed: "Best one I’ve seen. Xmas is about the young ones having fun and family. This captures that and it’s a memory!"

Agreeing, another said: "'Perfectly imperfect just the way it should be."

And Christmas obsessives including Stacey Solomon are bonkers for gonks – here’s where to buy the best.

Plus , B&M is selling a £5 doormat sensor which sings Christmas songs when you step on it & shoppers say it’s DEFINITELY essential.