Melinda Nichols, from Ohio, had her last child in 2007 – a boy – and decided her family was complete. 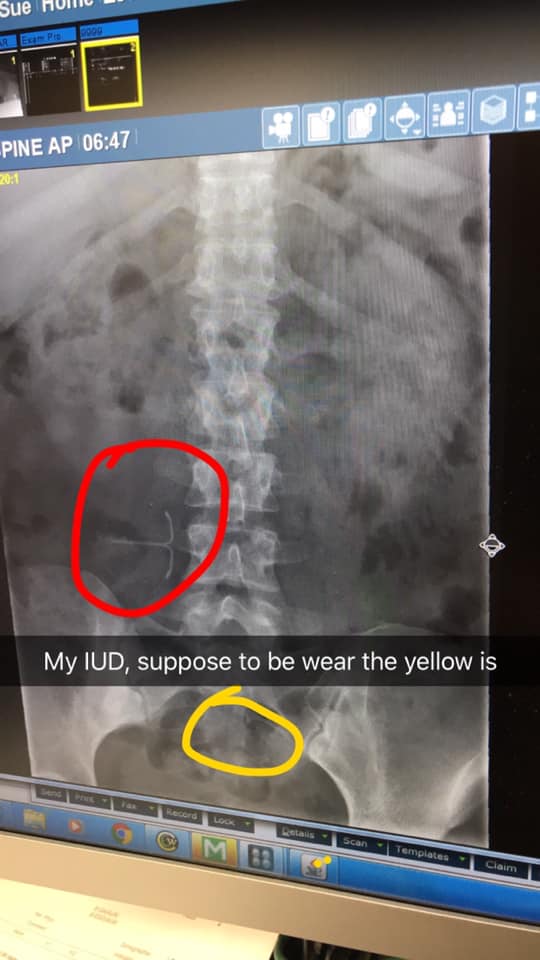 So she decided to get a coil inserted, after previously trying the pill and the injection shot, Depo-Provera.

Melinda, now 40, opted for the Mirena intrauterine device (IUD), which is a semi-permanent form of hormonal contraception.

She went in for the procedure, and a few weeks later went back for a routine X-ray to double check the coil was still where the doctor had inserted it.

Bizarrely, nothing showed up on the scan, and her doctor told her it must have “fallen out”. 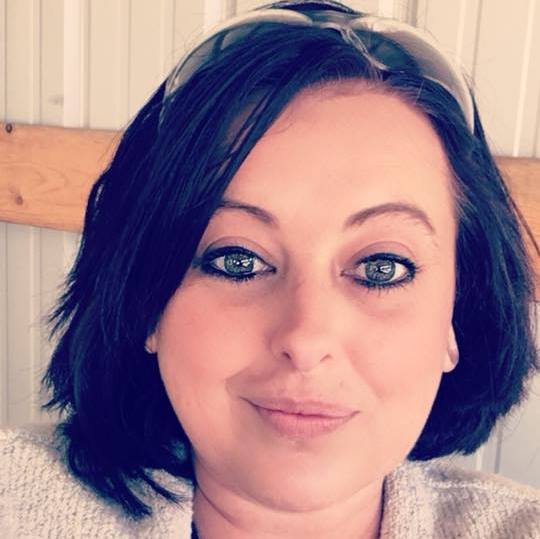 Melinda told the New York Post: “Wouldn’t that be something I would have seen?”

She was assured sometimes these things just happen, and the doctor suggested she get another one implanted.

Melinda decided to get her tubes tied instead, and thought nothing more of the matter.

Fast forward more than 10 years, Melinda had strained a muscle in her back.

After having an X-ray, a doctor delivered some shocking news.

They told Melinda: “You need to call your OB.

“Your IUD is in a weird spot.” 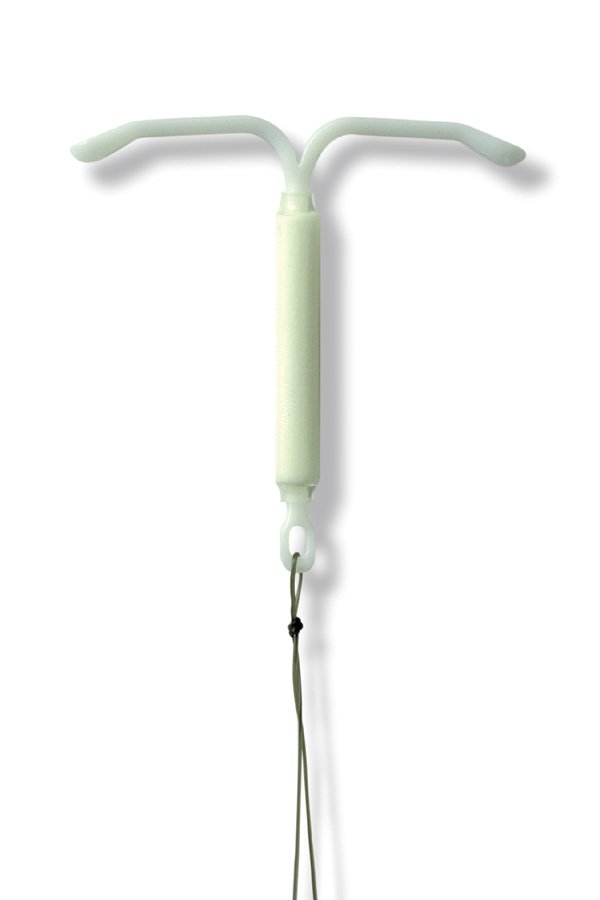 He showed her an X-ray, which revealed her IUD was floating around in her abdomen.

The migrating IUD had not occurred in an unwanted pregnancy – the most common side-effect – but Melinda says she did have occasional back pain over the years, another symptom of an AWOl coil.

The mum said: “I would get this weird pain in my side.

“You don’t go to the doctor just because you have a weird pain every once in a while.”

Melinda went in for keyhole surgery to remove the IUD. 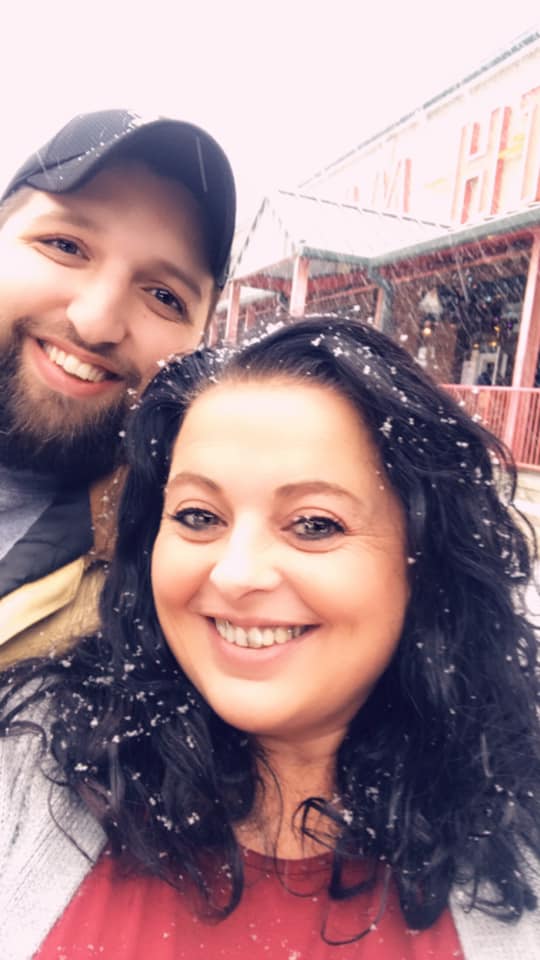 But she warned other women: “Make sure that if you have something like this that you check it.

She later posted a photo of the X-ray to Facebook, where she circled where the coil ended up and where it should have been.

While the rogue IUD may have come as a shock to Melinda, it can happen in rare cases, although it's not thought to pose a serious risk.

The NHS says: “It's not common, but the IUD can be rejected (expelled) by the womb or it can move (displacement).

“In rare cases, an IUD can make a hole in the womb when it's put in.

When inserted correctly, IUDs are more than 99% effective.

An IUD works as soon as it's put in and lasts for 5 to 10 years, depending on the type.

There's a small risk that your body may push out the IUD or it may move – your doctor or nurse will teach you how to check it's in place.

The IUD is similar to the intrauterine system (IUS), but instead of releasing the hormone progestogen like the IUS, the IUD releases copper into the womb.

The copper alters the cervical mucus, which makes it more difficult for sperm to reach an egg and survive. It can also stop a fertilised egg from being able to implant itself.

“This may be painful, but often there are no symptoms.”

IUDs have been known to puncture the wall of the uterus and migrate throughout the body.

Dr. Stephen Chasen, a maternal-fetal medicine specialist at Weill Cornell Medicine & NewYork-Presbyterian, told the Post: “For the cases of IUDs gradually eroding out of the uterus, it is not clear why it happens or whether or not it can be prevented.”

Luckily Melinda didn’t fall pregnant, but this woman did while on the pill – with triplets.

And this woman was ‘pregnancy shamed’ after announcing she was expecting her fourth with asking if she knew about contraception.

But if you are expecting, Mrs Hinch is on hand with tips – but she was left red-faced after recommending perineum oil without knowing what it was.