A MUM created a fake belly out of playdough and had her son perform a caesarean for his fourth birthday.

While some kids get toys and games, one lad got a lesson in human anatomy after his mum buried his Spiderman toy in playdough. 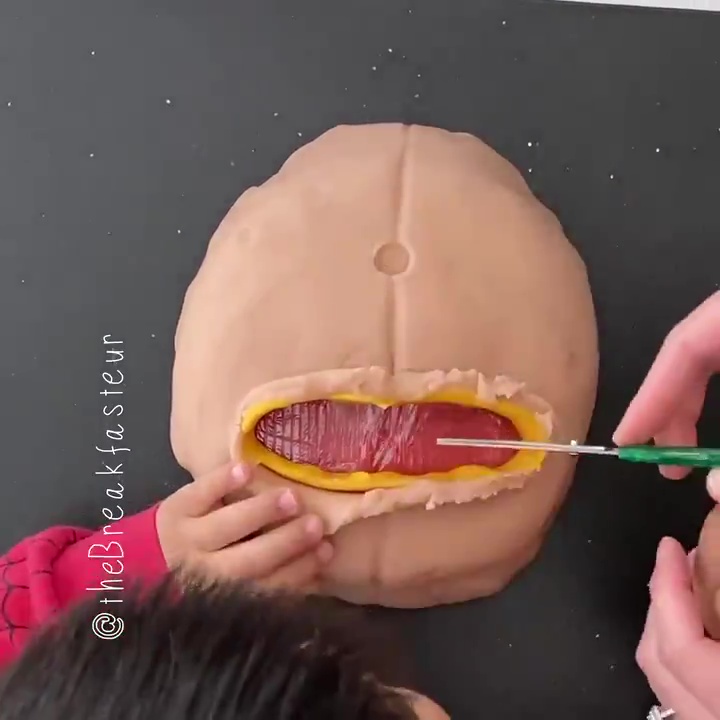 She added a fake umbilical cord and placenta onto the toy, then sculpted layers of playdough on top, mimicking the womb, muscles and finally skin.

The mum, a doctor herself, filmed the ‘playdough operation’, giving the four-year-old a plastic knife to make an incision.

She explained that her son was delivered by c-section, and she wanted to pay tribute to the medical team who helped with the delivery by teaching her son about how he was born.

Sharing the clip to YouTube, she said: “Our little guy just had a birthday (the big 4!), and we reminisced about the eventful, unexpected day he arrived and the flurry of amazing people involved with getting him here safely. 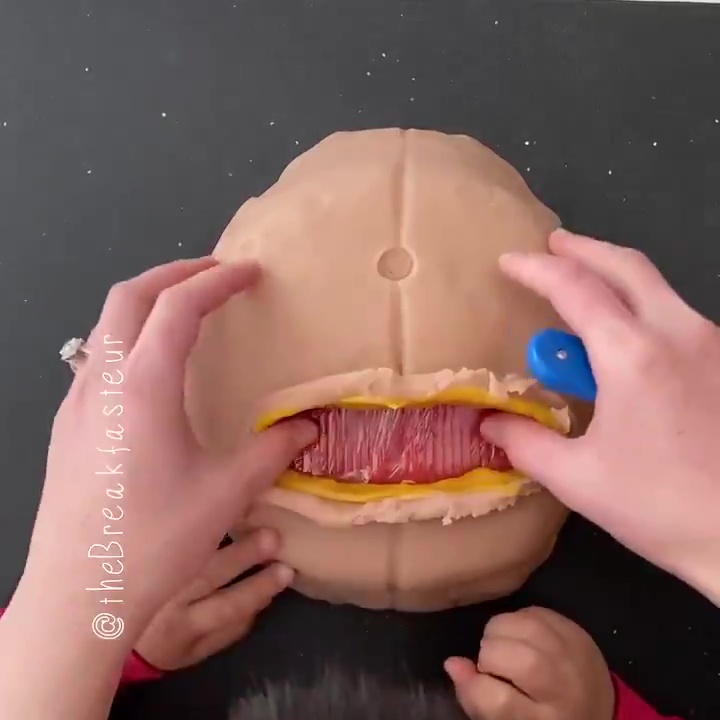 “In our next case, a small superhero was born by Cesarean delivery (yes I know it was actually a radioactive spider).

“Superheroes are a common topic in our home these days.

"We talked about how being a superhero isn’t just about having super powers or abilities – heroes are made by using whatever power they have to help others, often at expense of much sacrifice and risk to themselves. 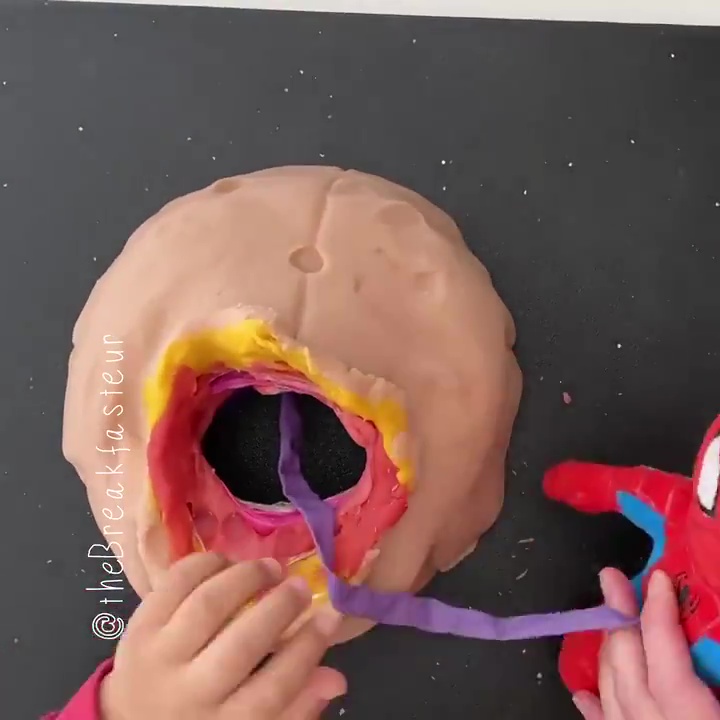 “To the OB/GYNs and FM/OBs who use their superpowers for their mamas and miracle babies (alongside a team of midwives, L&D staff!) – you are all heroes.”

She also shared the video on Twitter, where it’s since gone viral racking up nearly 80,000 likes.

Despite the sweet story behind the idea, people branded the mum ‘creepy’ and ‘disturbing’. 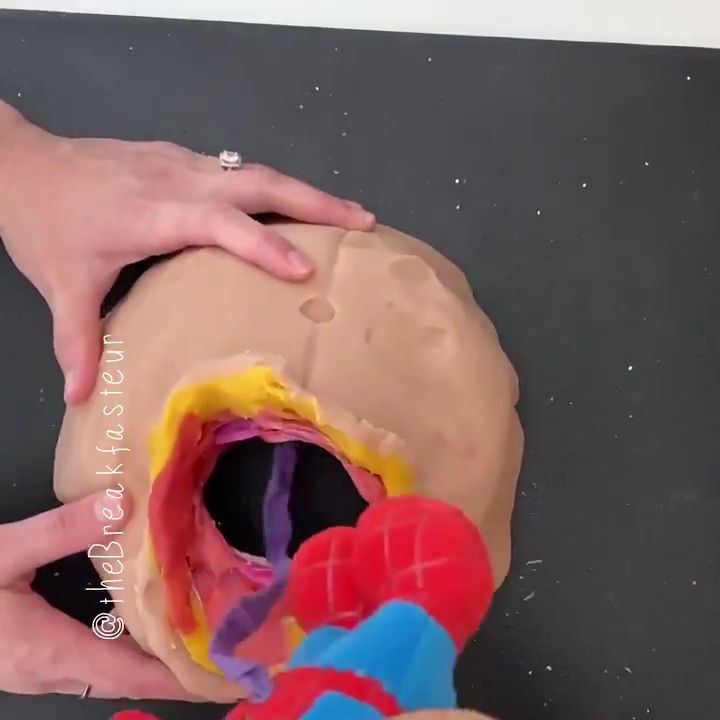 Commenting on the clip, one mum said: “As a child and adolescent psychiatrist, I strongly recommend you to not play a such game with your kids aged 2 to 12.

“It might  traumatize your kid and may also lead children to do the same to their peers. Insane!!!”

Another wrote: “This is disturbing on many levels! And the overdue of c sections only serves to make women feel more powerless about their own abilities to birth a baby.” 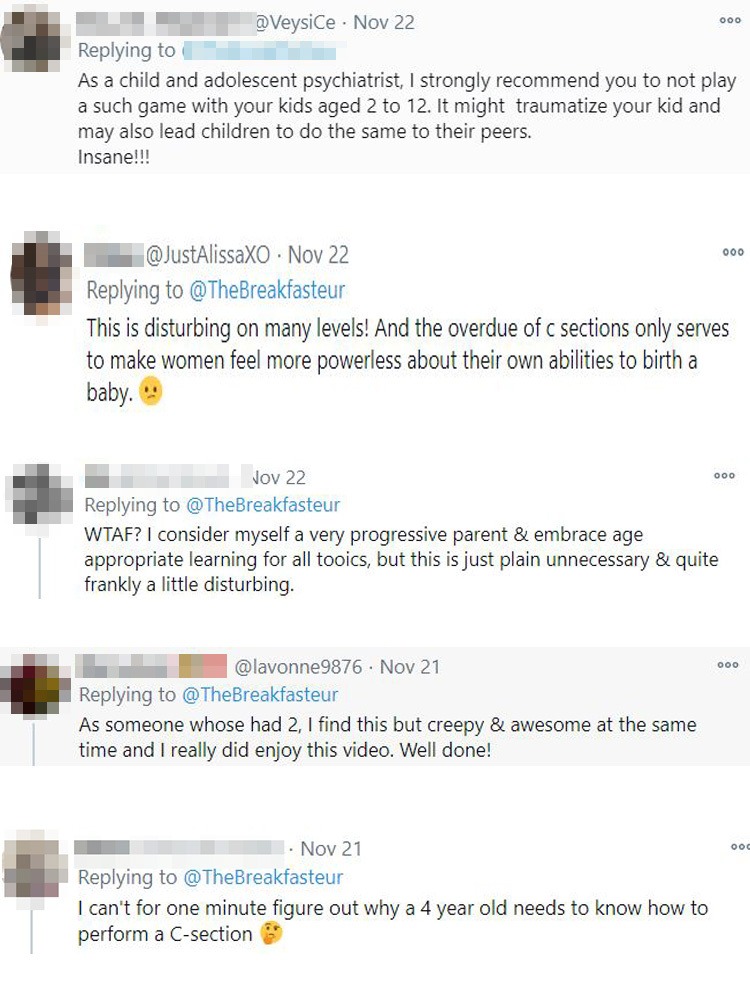 A third said: “WTAF? I consider myself a very progressive parent & embrace age appropriate learning for all topics, but this is just plain unnecessary & quite frankly a little disturbing.”

This person asked: “I can't for one minute figure out why a 4 year old needs to know how to perform a C-section.”

While another added: “As someone whose had 2, I find this but creepy & awesome at the same time and I really did enjoy this video. Well done!”

Meanwhile a mum was threatened with social services after showing what she feeds her 13-month-old daughter.

Plus this mum was savaged for leaving her 7-year-old daughter home alone because she’s self-isolating – but some reckon she was right.

And trolls who blasted dad and teen son for ‘inappropriate’ hugging pics get shut down with the perfect response.