EVERYONE knows that meeting the parents is a nerve wracking experience in any relationship.

So spare a thought for this poor bloke who stepped out for a fart at his girlfriend’s parents – only for it to alert the smart doorbell. 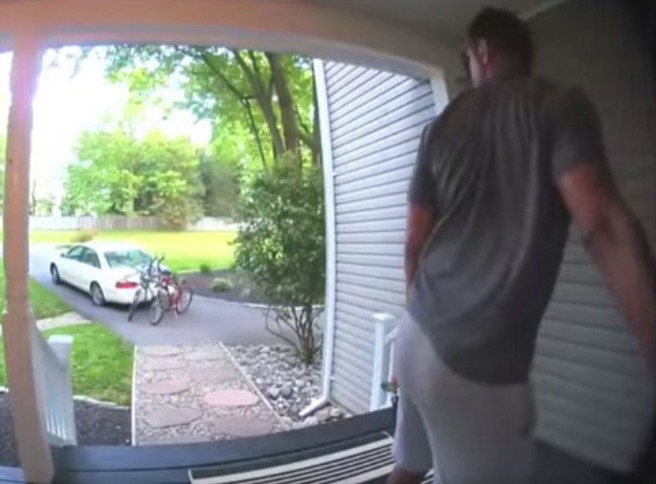 Jamie Patrino shared footage of the moment her man stepped outside the front door to let one rip on social media.

Captioning the post, she wrote: “My boyfriend met my parents this weekend and tried to hide a fart outside.

“He ended up alerting out doorbell camera…”

In the clip the unsuspecting bloke can be seen stepping outside, where he directs his very loud fart out into the open, and can even be seen wafting the smell away. 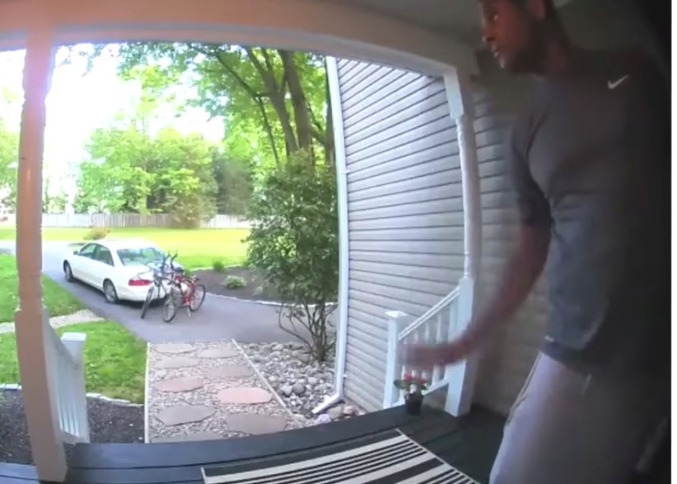 However, the whole thing was caught on camera when the smart doorbell picked up on the sound and recorded the flatulent activity.

The video has since been shared on the Instagram account F***Jerry where it has received over eight million views, leaving people in hysterics.

One wrote: “I can’t stop watching this and laughing. Dead.”

“Right idea, horrible execution,” added another, while a third wrote, “Legit farted from laughing so hard at this.”

In other relationship news, this vile man was blasted for swearing off single mums in dating bio because their ‘partners wouldn’t leave if they were a catch’.

And this couple mortified after having sex in a hotel room… then being informed by staff windows AREN’T tinted like they thought.

Plus this woman faked her own death & planned a funeral to get her ex’s attention – people say it’s weird but it WORKED.