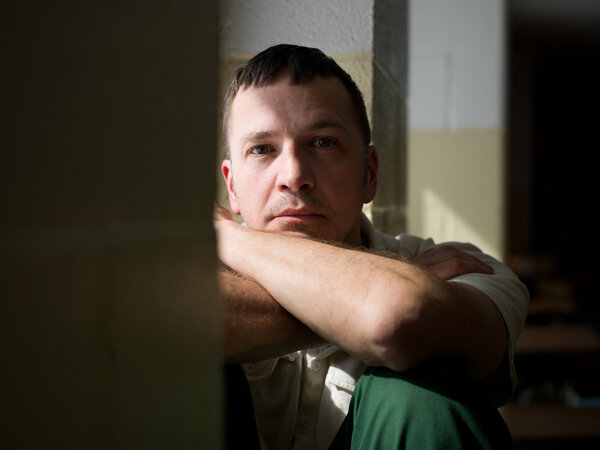 Michael Alig, a longstanding tabloid fixture of New York City and a notorious promoter of its nightlife, died on Friday at his apartment in Washington Heights. He was 54.

The New York Police Department confirmed his death on Saturday. The city medical examiner’s office said the cause of death was pending further investigation.

Mr. Alig was known in New York City nightlife circles as a creative, canny promoter and as a pioneer of visual spectacle long before he became infamous.

He appeared on the cover of New York magazine in March 1988 under the headline “Club Kids.”

That article gave him and his followers both a name and a platform to open shock attacks upon American culture, such as during an appearance in 1993 on Phil Donahue’s daytime talk show.

The club kids were one set of nightlife fixtures in Manhattan who reacted to the libertine disco era that came before them. Afraid of the AIDS epidemic they’d grown up with, the club kids went out “looking very freaky so that nobody would have sex with you,” Mr. Alig said 30 years after the magazine article appeared.

In “Party Monster,” a 2003 film based on a memoir by James St. James, another well-known club kid, Mr. Alig was portrayed by Macaulay Culkin.

It was years after the article that Mr. Alig achieved true national fame, when he went on trial for the murder of Andre Melendez, who was 25 at the time of his death in 1996, according to The New York Times.

Mr. Melendez, who was also known as Angel, was missing for months before his dismembered corpse washed up on Staten Island, which is when people began to believe Mr. Alig’s frequent claims that he had killed Mr. Melendez.

They had argued about money one night and, prosecutors and investigators said at the time, Mr. Alig, while under the influence of heroin, had murdered Mr. Melendez and dumped his remains in the Hudson River.

Mr. Alig pleaded guilty to first-degree manslaughter in 1997, as did an accomplice, Robert Riggs. Mr. Alig served 17 years. He was released from prison in 2014 at the age of 48 and was met by friends and supporters.

He gauged the moment as yet another opportunity to continue feeding his fame.

With the help of friends, he was active on social media even before his release from prison, and began using Twitter himself immediately upon his release. He relished giving interviews and appearing on camera — appearances that were often met with discomfort and anger by people who didn’t think murder should be the basis for gaining more attention.

In early 2020, Mr. Alig, or someone working on his behalf, continued to list vast quantities of ephemera from his past for sale on eBay. But, uncharacteristically, he grew quieter and disappeared from the public eye for much of the rest of the year.

Before all of that, one reader of the New York magazine article cautioned in a letter in 1988 to the editor, “New York should not glamorize these kids, who are going nowhere fast.”