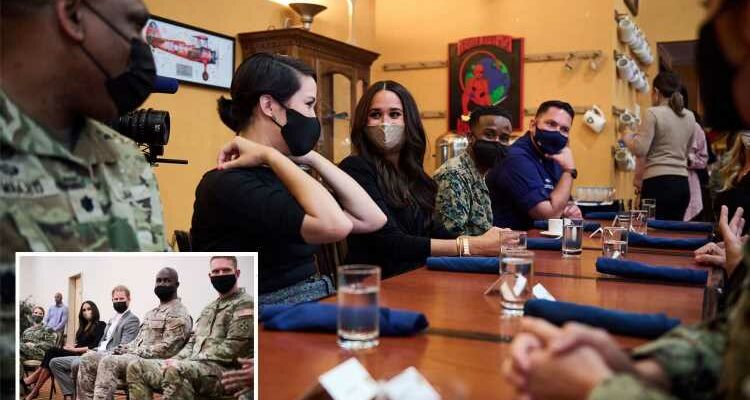 MEGHAN Markle and Prince Harry talked about "service" and mental health on a visit to a US Army Base yesterday amid a busy week for the couple.

The Duke and Duchess of Sussex donned facemasks as they chatted with members of the armed forces at the base in New Jersey. 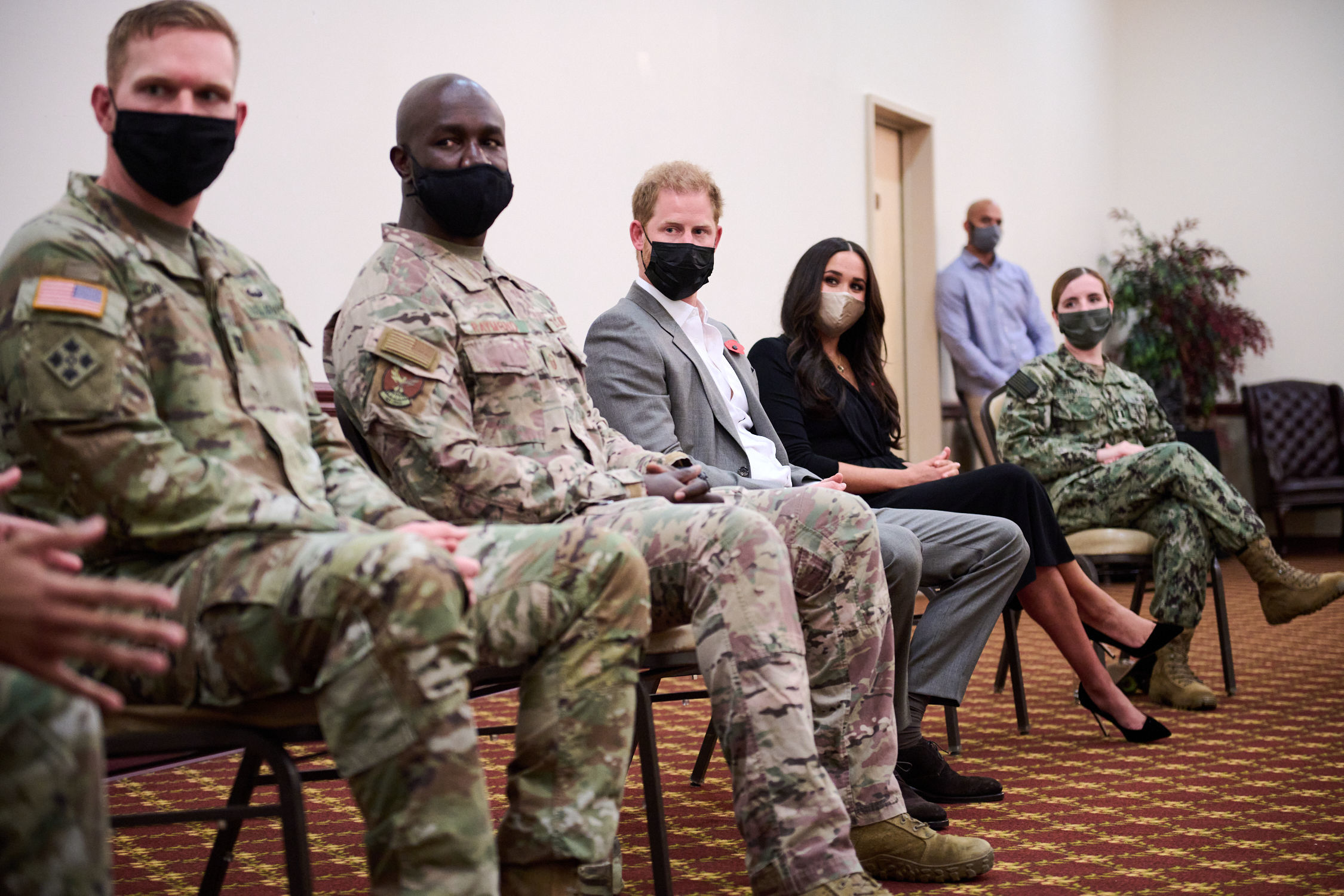 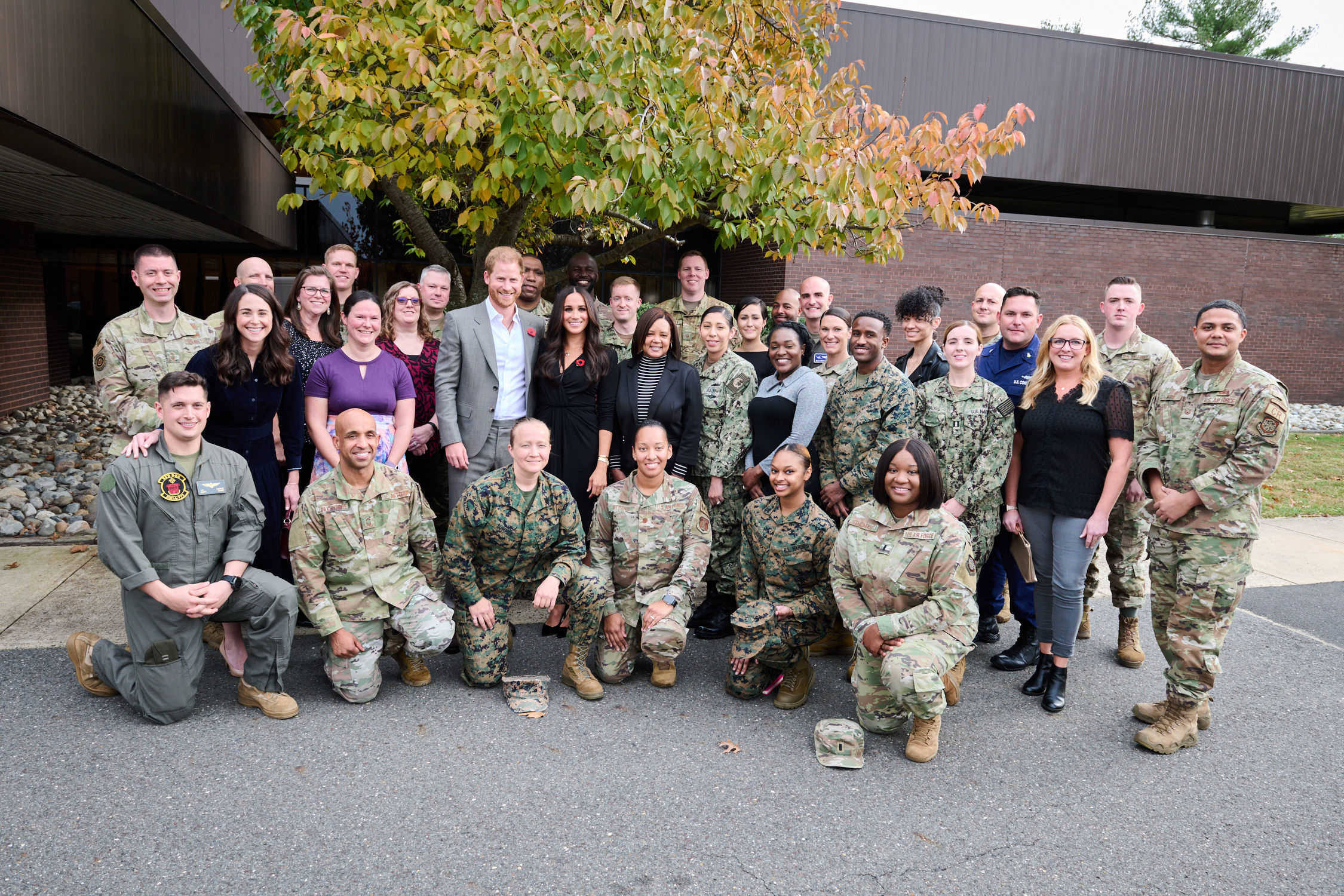 The meeting marked Armistice Day – known as Veterans' Day in the US – and comes after a series of public engagements for the duke and duchess.

On Wednesday night, a glamorous Harry and Meghan attended the Intrepid Valor Awards onboard USS Intrepid.

Former-officer Harry presented awards to five service members, veterans and military families who went "above and beyond the call of duty".

And the couple were out again the next day for a visit to Joint Base McGuire-Dix-Lakehurst – the Department of Defence’s only tri-service base.

The Sussexes hosted a luncheon at the base – where 46,000 members of the armed forces and their families live.

An Archewell spokesperson said: "Throughout their visit, they discuss[ed] mental health, the value of community and living a life of service."

They said Meghan and Harry have "committed themselves to remembering, reflecting and honouring service members, veterans, and military families from around the world".

On Wednesday, Meghan apologised to a court for not telling a judge about emails showing her attempts to influence a biography about her and Prince Harry, saying: “I forgot.”

And sensational court documents revealed the duchess refused advice from the Palace to visit her dad and slammed the royals for putting "pressure" on her and Prince Harry.

It follows a busy week for the couple, which also saw Harry sensationally claim he predicted the US Capitol riots and warned the Twitter chief about the deadly coup.

The Duke of Sussex said he told Twitter CEO Jack Dorsey the social media site was "allowing a coup to be staged" during an interview over Zoom.

Twitter and other social media platforms – including Facebook – are now being investigated amid claims they enabled the bloody coup.

Meghan also took to the hotseat for an interview on Monday, during which she gushed over Prince Harry telling her that “with great power comes great responsibility” – a quote made famous by SPIDER-MAN.

The duchess, who wore a Remembrance poppy on an all-black outfit, was quizzed as part of the New York Times' DealBook summit.

In a wide-ranging discussion, she spoke of cutting out coupons as a child, working as a waitress – and lobbying Republican senators for parental leave.

Asking if she'd been "working the telephones", Mr Sorkin said: "You've made this issue, and women, a central one for you.

"I'm sure there are people in the audience who are saying, 'I don't understand – she has this great privilege, why is this her topic?'"

Meghan, who laughed as he asked the question, said: "You've mentioned privilege.

"But even before I had any privilege in my life, when my life and my lifestyle were very, very different, I always just stood up for what was right.”

But the quote “with great power comes great responsibility” was actually made famous by Spider-Man. 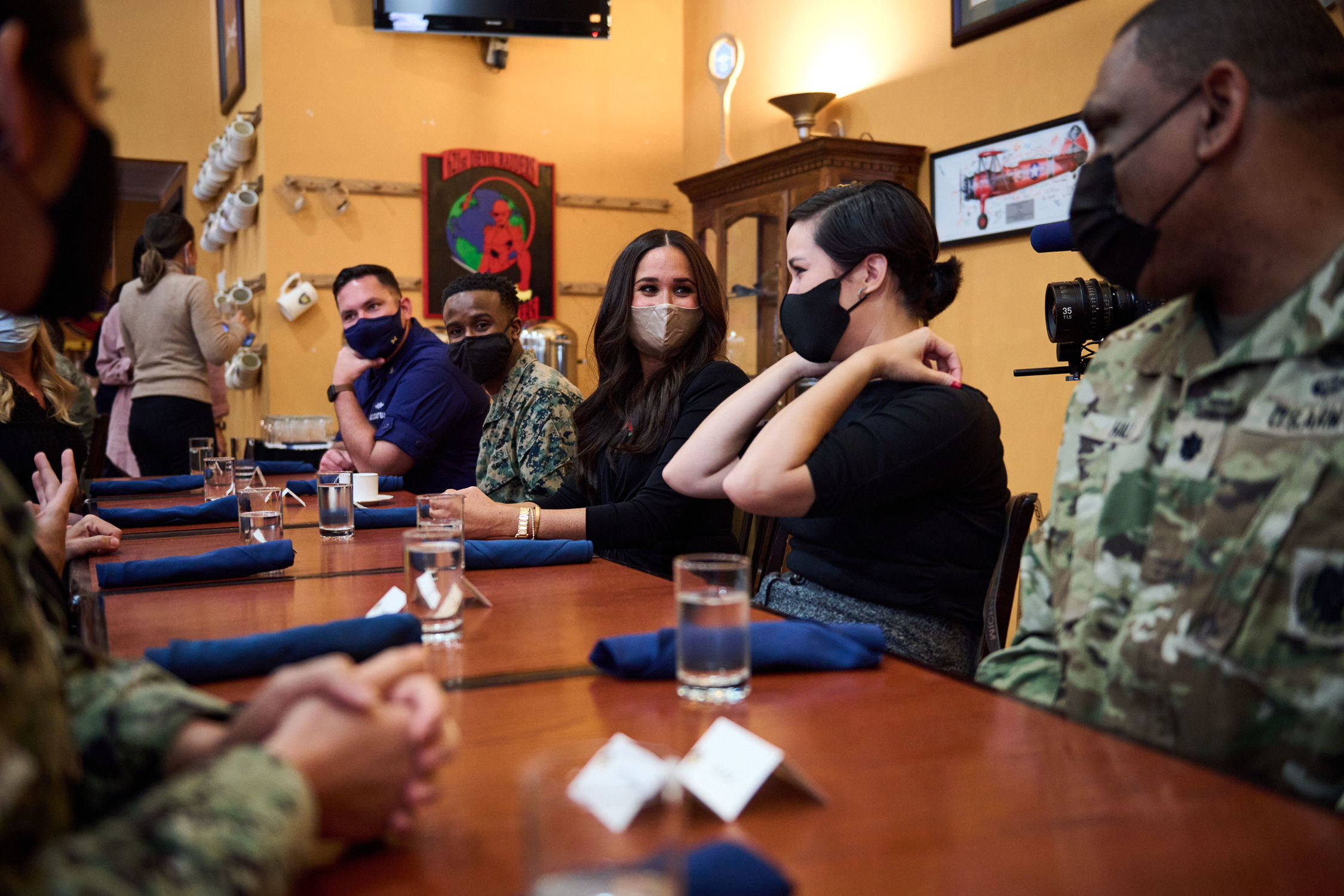 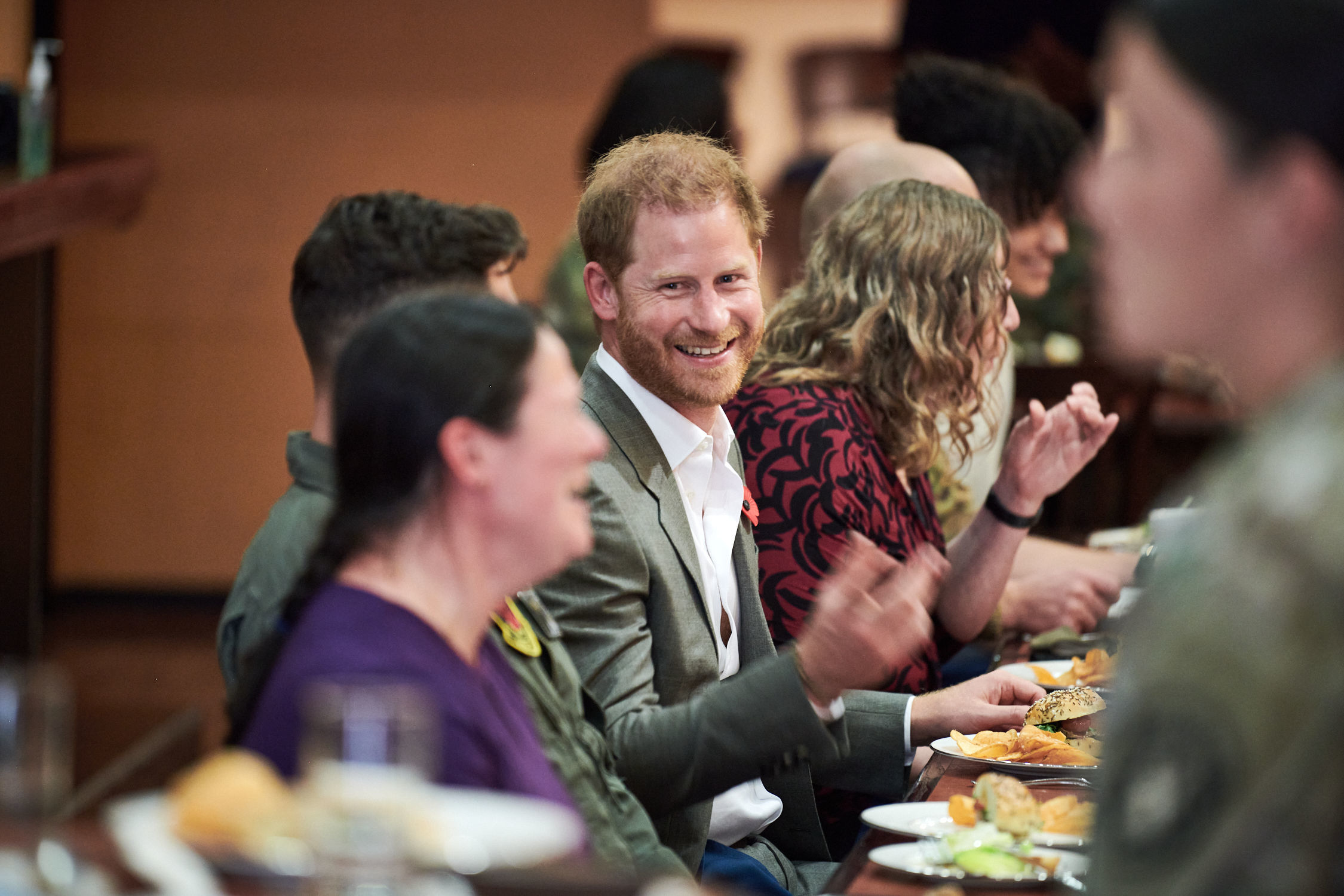