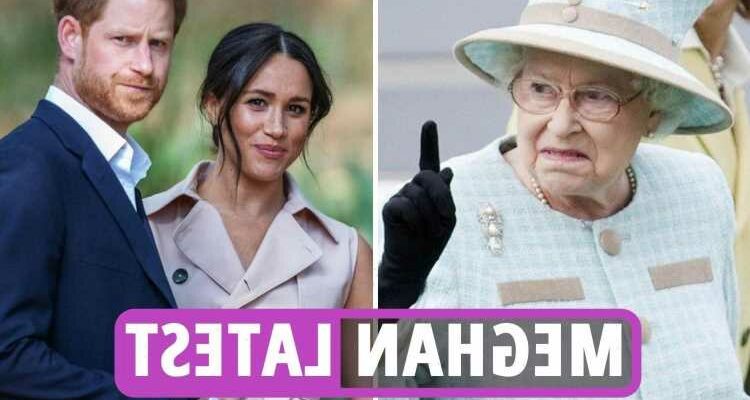 PRINCE Harry and Meghan Markle may be uninvited from the Queen's Jubilee celebrations next year over his shocking tell-all memoir.

The Duke of Sussex earlier this week announced he would be writing a "first hand account of my life that's accurate and wholly truthful" which would be released in Autumn 2021.

Buckingham Palace insiders claim the Royal Family are terrified about the contents of the book and fear it may be full of exaggerations, half-truths and misunderstandings taken completely out of context.

The timing of the explosive book – being released in the Queen's Platinum Jubilee year – has also been branded "deeply disrespectful" over its "clearly deliberate" attempt to hijack the celebrations.

As a result the Queen may now withdraw her olive branch invitation for Meghan and Harry to join the Jubilee celebrations, with one insider telling the Daily Mail "the feeling internally is that this book will be the last straw."

Read our Meghan and Harry live blog below for the very latest updates...