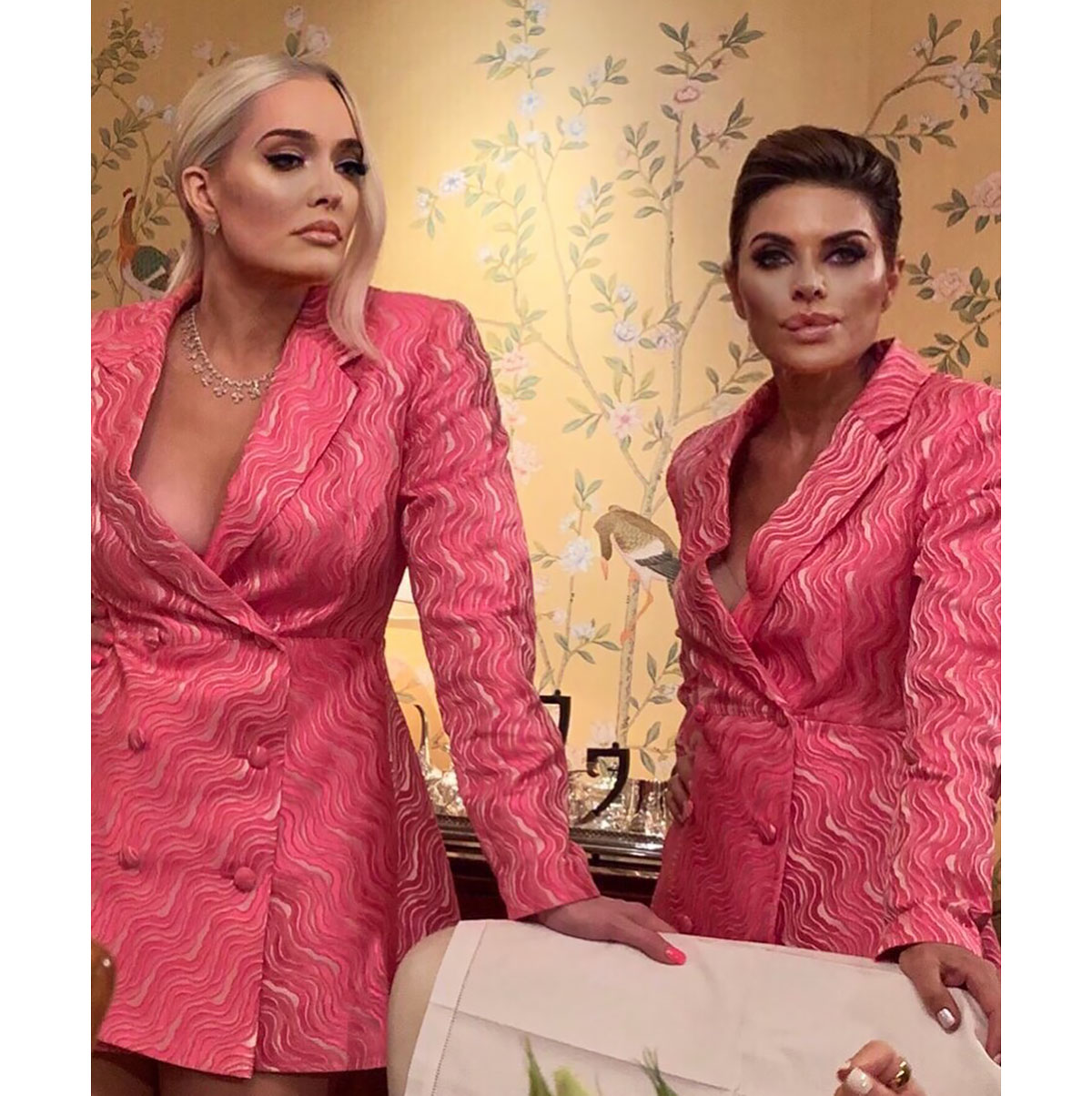 Who wore it better?! Lisa Rinna and Erika Jayne showed up to a dinner party in the same exact outfit and it’s everything. In fact, this just might be the first time in the show’s history this has happened!

Who Wore It Best: Celebrities Face off in the Same Outfits

The duo even rocked identical hairstyles, wearing extra-long, low ponytails. The only thing that really differed was their choice in pumps, with Rinna in a satin pink pair and Jayne wearing opting for a pop of white.

“We are a whole Mood,” Rinna wrote in an Instagram post to promote Wednesday night’s episode, sharing a picture of the two of them totally killing it in their carbon copy looks.

The minidress is a $450 piece from Rotate, featuring a pleated flared skirt, a double-breasted plunging neckline and a playful squiggly pattern.

But they weren’t even the only two in bright pink, blazer numbers that night. Garcelle Beauvais also rocked a fuchsia velvet jacket dress that she accessorized with thigh-high purple boots and glimmering hairpins. 'The Office': The 'Amish in the City' Character Mose Was Inspired By
WORLD NEWS