These creative thinkers are incorporating family history and cultural heritage into their work. 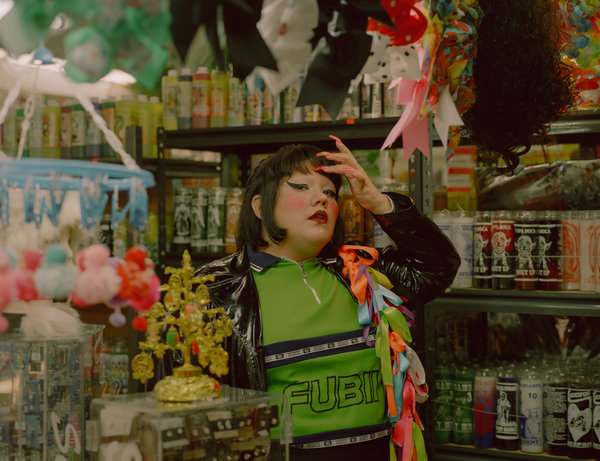 Learning to make adobe bricks was, at first, a way for Rafa Esparza to break his family’s silences. His relationship with his father, Ramón, had been strained since he came out as queer in 2005, when he was in his early 20s. Years later, while finishing his undergraduate studies at U.C.L.A., he asked his father to teach him how to construct the bricks as a way to mend their fractured bond.

Over the course of an afternoon, Mr. Esparza and his father, who had been a brick maker in Mexico, combined water with dirt, horse dung and hay in their backyard, and fashioned a mold from repurposed wood. Ramón gave his son directives in Spanish: Échale más agua. Add more water. No lo dejes secar. Don’t let it dry.

“We never even had the verbal communication that I was hoping for,” said Mr. Esparza, a multidisciplinary artist living in Los Angeles. But watching his father work took him “out of this patriarchal father figure role” and recast him as a teacher.

Since then, Mr. Esparza has been replicating what he learned that afternoon in his art practice. He invites others to build bricks with him and use them as a canvas. In 2017, when he was asked to participate in the Whitney Biennial, he built an adobe rotunda and displayed other artists’ work inside. His father accompanied him on the trip from Los Angeles to New York and told his son: “I never imagined that these adobe bricks I made in Mexico would make it to the other side of the world.”

For many Latinx artists and creative thinkers, incorporating personal and cultural history into their work feels both like an organic part of the process as well as a responsibility. In Mr. Esparza’s case, the adobe bricks are both a testament to his father’s labor and a deliberate attempt at browning the predominantly white spaces where his work is featured.

Mario Ayala, a painter who also lives in Los Angeles, shares Mr. Esparza’s interest in exploring manual labor in his art. (They have worked together on several projects, including a permanent installation of adobe columns decorated with paintings and tiles called “Puente,” which sits along the Los Angeles River.)

Mr. Ayala’s father was a truck driver who often doodled with a ballpoint pen during his downtime. He brought home drawings of everyday sightings like dogs, women or cars. Mr. Ayala started out trying to imitate them, and after high school he attended the San Francisco Art Institute, which he said opened up “a whole new world” in terms of broadening and deepening his artistic practice.

But his work is primarily driven by his working-class upbringing in Los Angeles. “I airbrush a lot in my paintings,” he said, a process he calls “really labor intensive.” The same machine is used to paint lowrider cars, which are a cultural marker for Chicanos in Los Angeles. Mr. Ayala hopes this overlap makes his work accessible to people who share his background.

For a long time, art like Mr. Ayala’s or Mr. Esparza’s was rarely seen in galleries and museums, more often “incubated by Chicanx or Latinx organizations,” said E. Carmen Ramos, the deputy chief curator of the Smithsonian American Art Museum. Major art museums in the United States “did not invest in acquiring works by Chicanx and Latinx artists, and we see that when we look at the underrepresentation of these artists in permanent collections.”

Eduardo Díaz, the director of the Smithsonian Latino Center, said that in part, the issue is the perception of Latinx art as a fringe interest. “I start with the notion that Latino art is American art,” he said.

Mr. Díaz noted some progress, especially over the last decade, as the Smithsonian and other institutions have begun to hire curators of color. He credits Ms. Ramos with increasing the Latinx art collection at the Smithsonian American Art Museum by 62 percent, with several hundred pieces. In 2021, the first gallery of Latinx art established by the Smithsonian will open at the National Museum of American History. Similar investments are being made elsewhere: The Dallas Museum of Art, for instance, established a million dollar fund to acquire Latin American art and will hire a dedicated curator.

In the meantime, Latinx creators have been commemorating their history by including cultural artifacts and references.

Barbara Calderón co-founded Colectiva Cósmica, a group that promotes artists of color who identify as women, in 2014 after earning a master’s in art history and library science from the Pratt Institute. “History is always kept from us,” she said. “When we start learning about our histories, and we start gaining pride in our personal history, we want to incorporate that.” Ms. Calderón started creating collage art after her niece died in 2012, and she uses pyramid images and other references to her Mexican heritage.

In recent collections, the fashion designer Victor Barragán has also incorporated “pre-Hispanic” or indigenous references, which he said have typically been rejected in his native Mexico in favor of European influences. Mr. Barragán grew up in Mexico City, and he said that since moving to New York he has been inspired by the “interaction between the two languages, places and cultures.”

Guadalupe Rosales, who collects photographs, posters and other cultural artifacts tied to the party culture in Los Angeles in the ’80s and ’90s, considers her archival work a way of “updating the history” of her community. She started collecting because she “didn’t know how to talk about” her unique experience: growing up in Los Angeles adjacent to but not involved in gang culture, feeling unseen in the classroom and losing her cousin in 1996. A side effect of her archival project is that she hears “so many things that people have a really hard time sharing,” she said. “It’s a way of connecting. Stories, material — these are all ways of connecting and relating and being like, ‘I see you.’”

Connection and community building were also Johanna Toruño’s goals when she started the Unapologetically Brown Series, what she calls the political posters she puts up on lamp posts and buildings in cities across the country.

Ms. Toruño emigrated from El Salvador when she was 10, in the aftermath of the country’s civil war, when much of the street art and murals were “very political,” she said. These memories stuck with her and inspired the messages she now expresses in her work, like L.G.B.T.Q. pride, anti-colonialist sentiments and mental health awareness.

“My work is floral, and it may look soft,” she said about her often pink or pastel colored posters, “but it’s actually very bold.”

Tamara Santibañez, a multimedia artist who works as a tattooist in Brooklyn, uses her work as a way to “create these totemic representations of my different identities and the ways that I felt them to be incompatible to each other when I was younger,” she said. She grew up in Athens, Ga., where she was only exposed to white versions of punk and queer history. Ms. Santibañez found more representation in the diverse communities of New York and now her work draws from her teenage interests: large scale paintings of leather pay homage to kink iconography, for instance, and in one of her installations, she recreated posters of bands like AC/DC and Guns N’ Roses using a black ballpoint pen.

“I feel that my job as an artist is to speak to my specific experiences rather than try to trade in generalities,” said Ms. Santibañez, who said she doesn’t want her work to “be collapsed into this monolithic notion of what it is to be an immigrant or what it means to be Mexican-American.”

Ms. Toruño mirrored this idea, saying that her identity as a lesbian Salvadoran is an inherent quality of her work, even when it’s not an explicit theme. “It comes from me, so it is queer,” she said.

Julia Mata, a comic book illustrator who started Spicy Mango Comics with two others, allows her characters a similar complexity. They are “definitely Central American” but also “entertaining, funny and messy,” she said.

Many have found motivation in community. In Los Angeles, Ignacio “Nacho” Nava, who died in January, was integral to the queer art scene in Los Angeles. His weekly Mustache Mondays parties drew a broad range of creators.

“Mustache was a home for so many people who didn’t see their own potential,” said Mr. Esparza, who was a close friend of Mr. Nava’s. Gabriela Ruiz, a Los Angeles-based multidisciplinary artist, agreed. “He viewed what the hell we were going to become before we were doing our thing,” she said. “He gave us all this platform.” Mr. Nava often invited local artists to design fliers or exhibit performance art at the party. When Ms. Ruiz was money strapped, he had her work the door.

“I think a lot of artists are realizing that collaboration and discussion amongst each other is important,” said Mr. Ayala. Mr. Esparza said he prefers collaborative to solo work.

“I find that a lot of us are drawing from the same sets of cultural symbols and images,” said Ms. Santibañez. “That’s something I really like to see, is to see very nuanced and highly individualized interpretations of things that we all grew up seeing.”

Cynthia Cervantes Gumbs, who started the zine “Maroon World” with her partner, Travis Gumbs, said the publication is meant to showcase the beauty they see in their day-to-day lives (“like a grandma pushing her grandson in a laundry cart”), without consideration for the white gaze. A recent issue features a collection of images as varied as their subjects: a pregnant woman in a red swimsuit with braids down her back, an assortment of wigs at a beauty supply store and two men sporting durags, caught in a caress.

“We’re not looking to satisfy this quota. We’re looking to speak to our communities,” Ms. Cervantes Gumbs said. “The gaze is ours.” 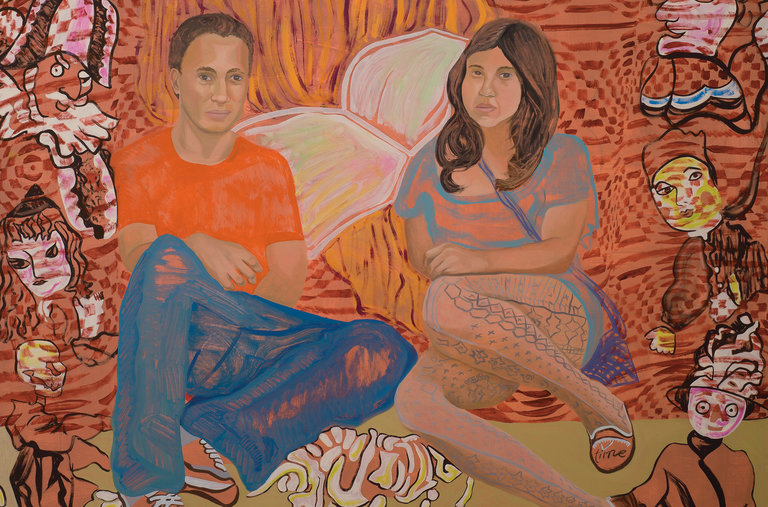 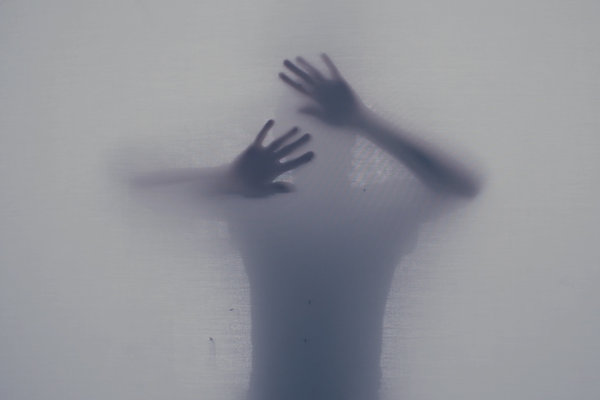 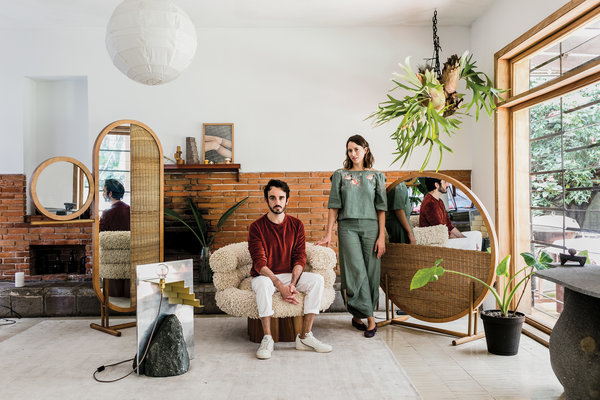 Concepción de León is a digital staff writer covering news and culture for the Books section.