Just after throwing an elaborate carnival birthday party for a one-year-old that would have any parent (ballin’ or not) pooped for at least a week, Kylie Jenner attended the 2019 Grammys wearing pink from head-to-toe. If there’s any way to do a parents’ night out, going to the Grammys decked out in a beautiful color is definitely it.

While Jenner has worn many impeccable floor-length gowns on the red carpet that have her snatched, tonight she decided to opt out of a dress altogether, and instead wore an all-pink Balmain ensemble, with the sleeves looking like a work of art. Her top featured an over-the-top cold shoulder, with fabric crossing in the front that layered into an accordion-form, while the arms formed into a pair of matching flared gloves.

Jenner was masterful at keeping the rest of her look simple and sweet, letting the jumpsuit do all of the talking. In terms of her glam, the Kylie Cosmetics creator wore her hair in an updo with light curly tendrils falling on her face. Jenner opted for natural makeup, wearing a soft pink eyeshadow and a matte nude lip. To top off the look, she appeared to keep her jewels at a minimum, only rocking a pair of diamond stud earrings, because when your jumpsuit serves as a choker, scarf, and sleeves, there’s no need to bling out. 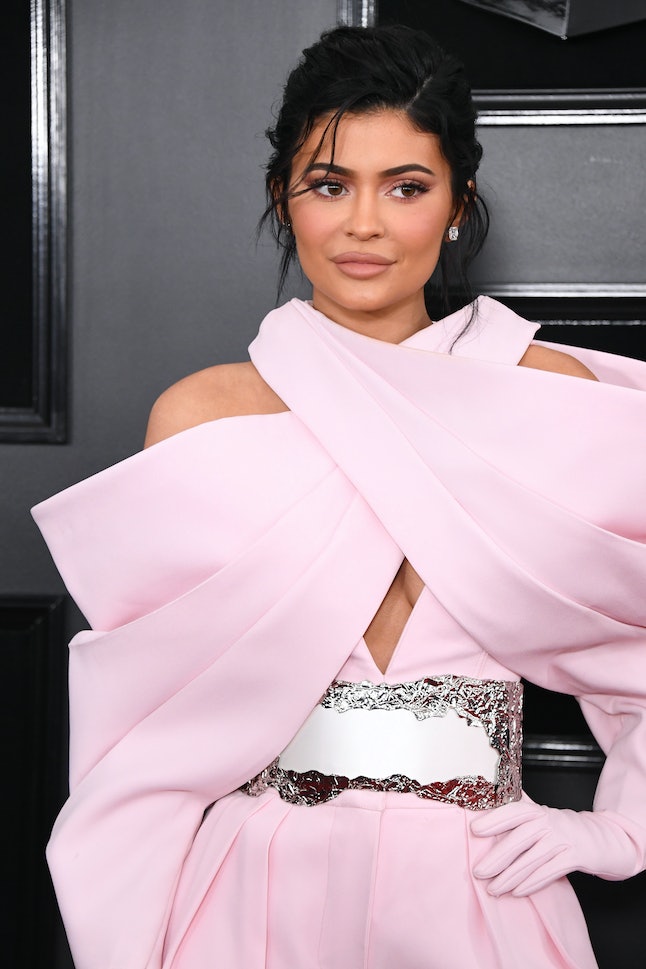 The outfit comes from Oliver Rousteing’s Spring 2019 Balmain Haute Couture collection. The makeup mogul has made no qualms about sharing that pink is one of her favorite colors, and this outfit couldn’t be any more of an indication.

The businesswoman even revealed in a recent interview with Architectural Digest that she even has an all-pink glam room in her home.

"I told [my interior designer] Martyn [Lawrence Bullard] I wanted a fresh, fun vibe to match the way I was feeling. Color was essential. I love pink, and I wanted a lot of it!" Kylie told AD. "My closets and glam room are very personal to me, even down to the size of each drawer, so they fit my specific products and clothes. I spend a lot of time in those rooms, so we had to make sure they were perfect." 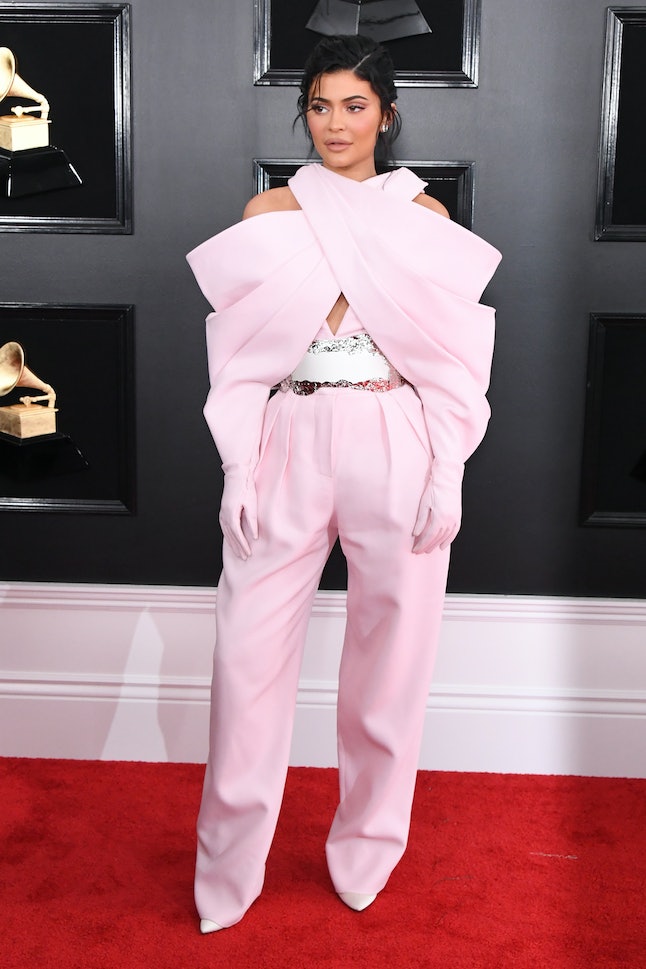 As far as footwork goes, Jenner wore a pair of blush-toned pointed-toe boots to make her look all the more pink. Is there really such a thing as too much pink?

The only part of the outfit that wasn’t this shade was the complementary bold white and silver belt that cinched the mother-of-one at the waist. 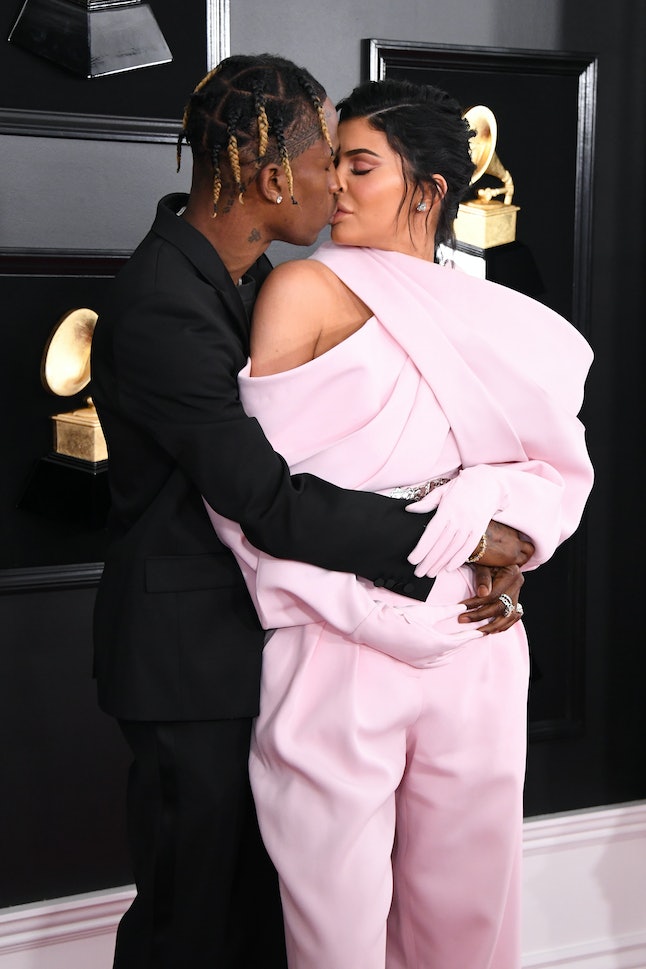 This is far from the first pink look she has donned. Last September, Jenner debuted a pink dye job that looked like the rose gold color of your dreams, which was created by celebrity hairstylist Chris Appleton, Allure reported.

Back in April 2018, the makeup guru also wore a neon pink wig when she attended last year’s Coachella festival. Not to mention, she wrote one of the most famous captions ever known to womankind under the post.

"I’m not a regular mom. I’m a cool mom," Jenner wrote on Instagram referencing the iconic line from the 2004 film Mean Girls.

But as far as her look goes for music’s biggest night goes, taking a looking at her pastel outfit will definitely put a spring in anyone’s step!