The mum-of-one posted a sultry snap to her Instagram, showing off a long blonde wig to her 86million followers. 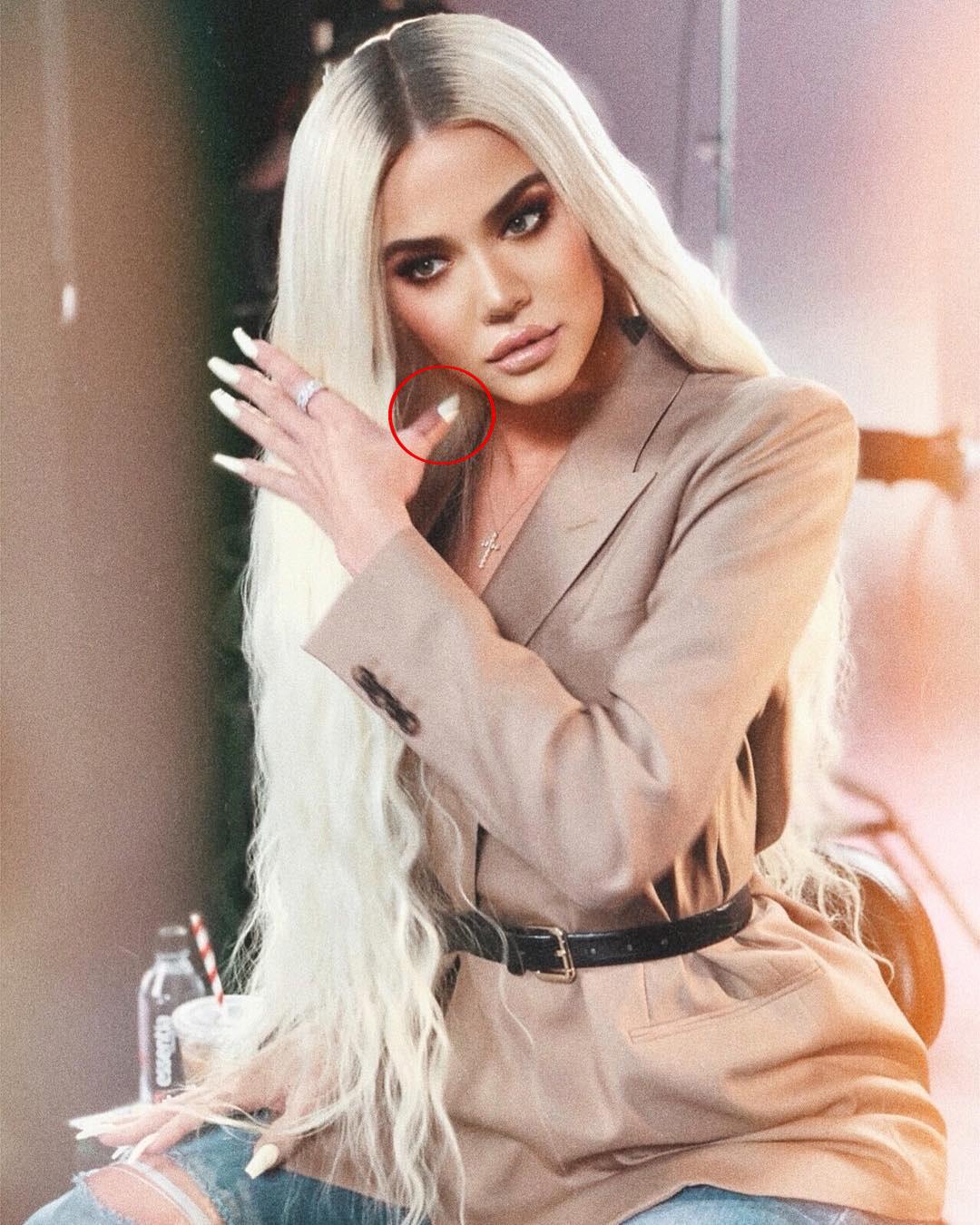 She captioned the post “You are so much more powerful than you know! Keep going”, but it was something else which caught people’s attention.

Fans were quick to spot the 34-year-old’s thumb looks a little odd.

Showcasing white talons on each finger, her thumb appears distorted – as if there’s two of them.

The post has racked up thousands of likes, with one person branding her digits ‘camelthumb’. 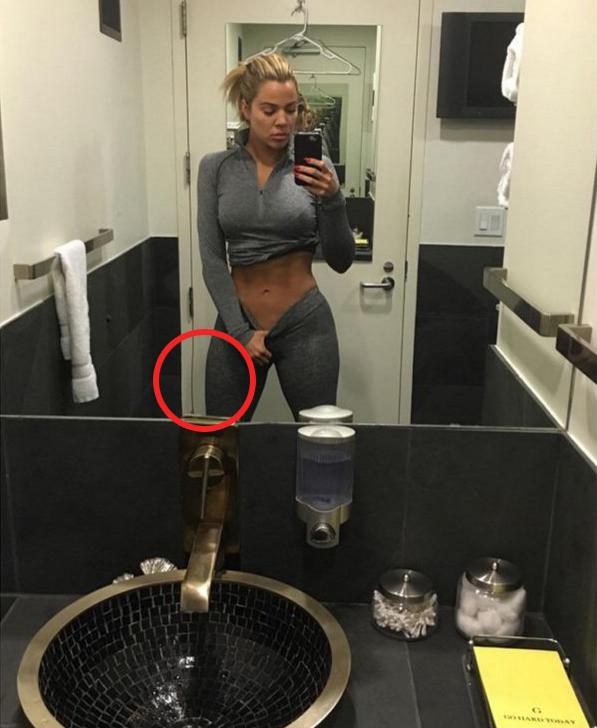 One person said: “What happened to your thumb koko?”

Another wrote: “I give you two thumbs up.”

A third wrote: “Two thumbs up! On one hand.”

This person simply wrote: “What’s wrong with your thumb?”

Agreeing, this person said: “Why does anyone photoshop their hand?”

Despite the odd shape, this person said: “Who cares about the thumb?

“It’s about the message.”

It’s not the first time Khloe has been accused of editing her pics, with the reality star forced to delete a bathroom selfie showing off her abs, and post the original image, after a backlash. 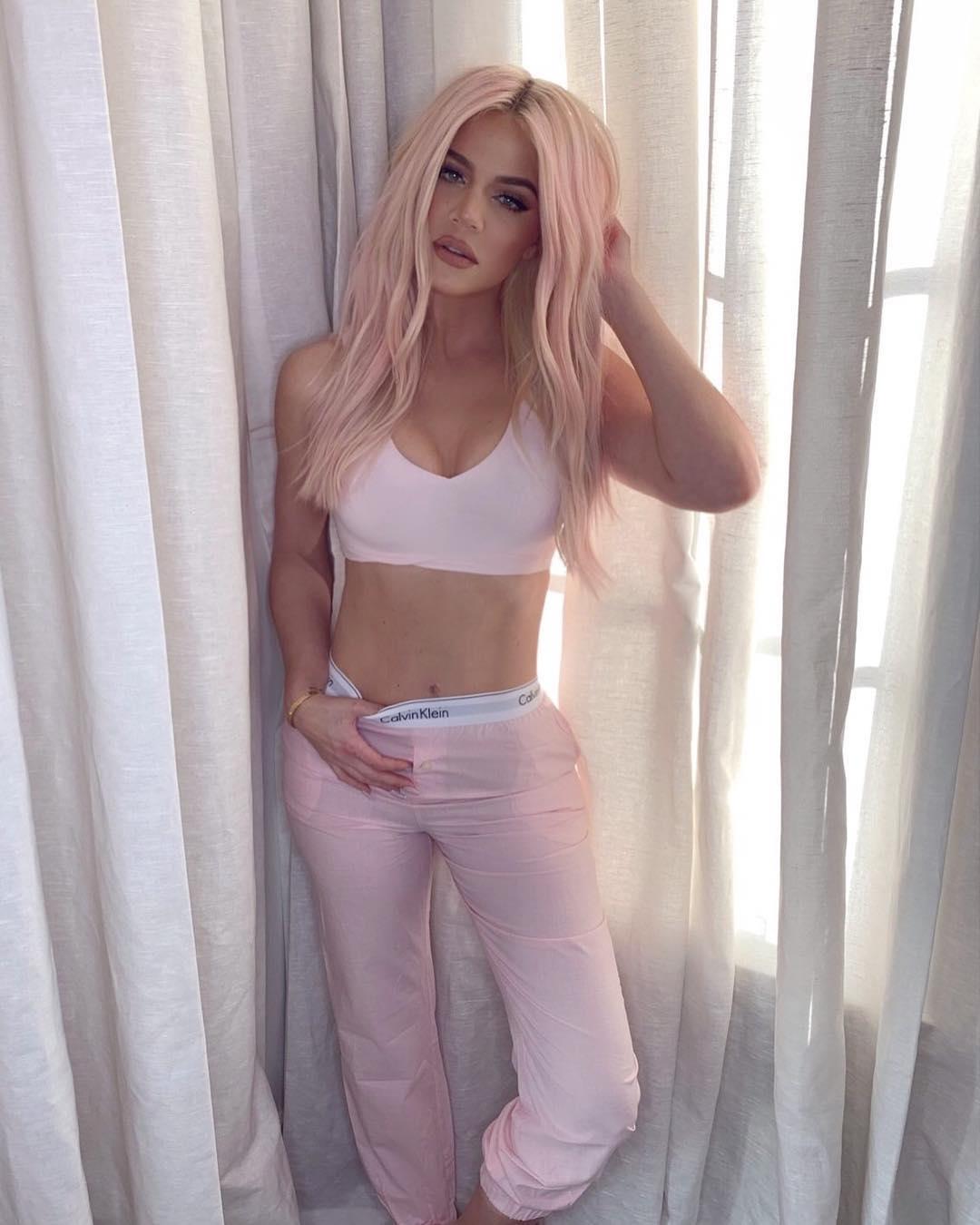 And a recent snap of the mum of True modelling Calvin Klein was also thought to have been retouched by fans.

Posting a photo of herself last month in a crop top with bubblegum-pink hair, fans branded the mum ‘too skinny’, and questioned whether it had been digitally enhanced.

Not just Khloe, but the whole clan has been accused of photoshopping. 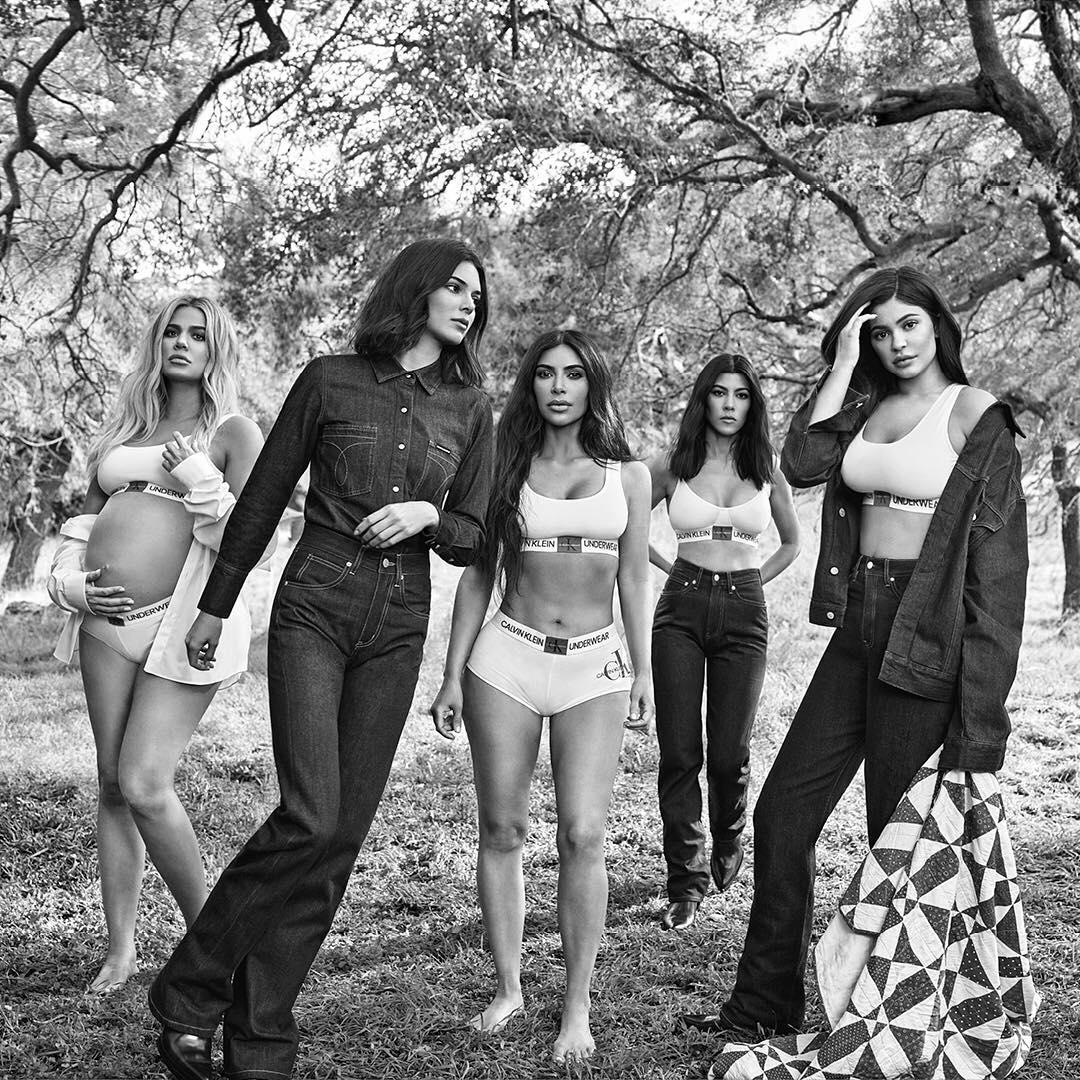 An advert for Calvin Klein, featuring Kim, Khloe, Kylie, Kendall and Kourtney, was ridiculed after Kourtney’s arm appears to have been shrunk.

And fans were suspicious of their 2018 Christmas snap, with fans convinced Khloe’s feet were photoshopped.

✞ Merry Christmas!! ✞ We all wish you love and harmony✞ So far this is by far my most favorite of any Christmas ✞ I have all I could ever want ✞ FAMILY ✞ ? @pierresnaps

Plus it’s been revealed camel toe concealers actually exist and Khloe Kardashian has just been gifted one.

To achieve Khloe's impressive behind, a pair of £8 bum-lifter shorts have been given 2,000 five-star reviews on Amazon.

We recently told you the correct way to measure your bra size at home.