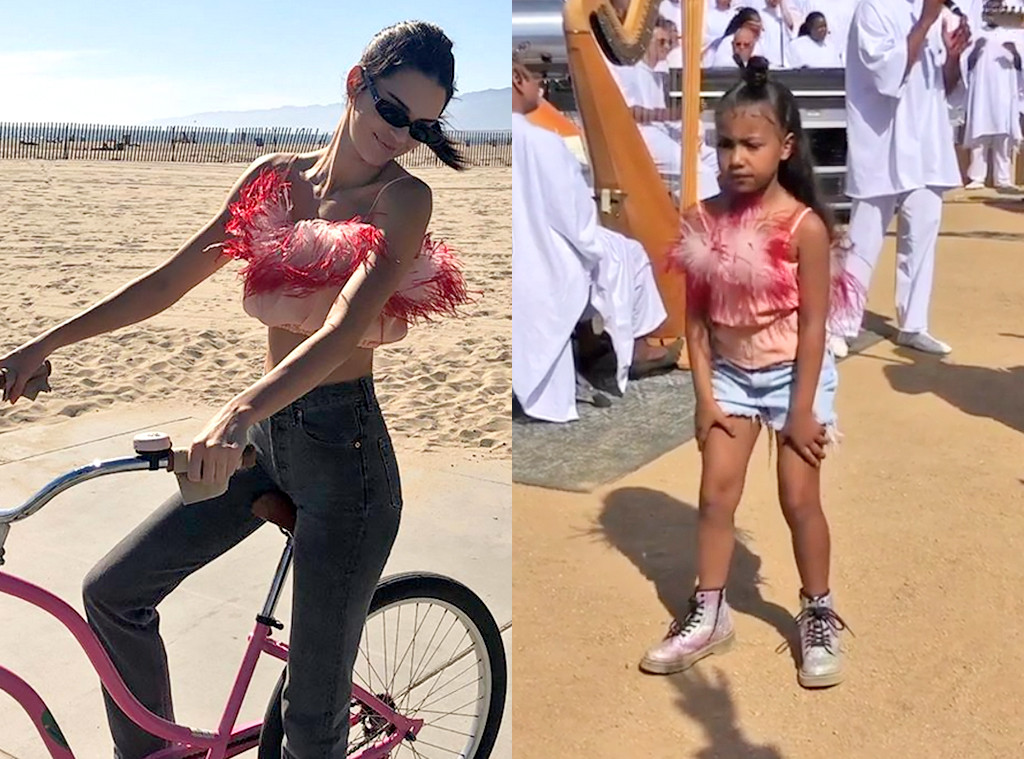 While the 23-year-old reality TV star and model has access to the top stylists and designers in the industry, it looks like she’s taking a page from her niece’s fashion book.

Jenner was recently spotted wearing the same coral-colored, feather-adorned Prada tank that North rocked to her father Kanye West‘s Sunday Service. Even though the supermodel’s camisole looked more like a crop top (it appears tucked in), many people are wondering: did Kendall secretly borrow her niece’s spaghetti strap tee during Kourtney Kardashian‘s birthday festivities?

As Kris Jenner would say, “This is a case for the FBI.”

The Keeping Up With the Kardashians star even paired the flashy, statement tank with denim and kicks, like her 5-year-old niece. However, North added some glitz to her ‘fit by wearing holographic Doc Martens and cut-off shorts. Jenner, on the other hand, kept her ensemble low-key with dark high-waisted jeans and tennis shoes.

Considering Kendall touts North as a “legend in the making,” it only makes sense that she’d want to cop her style. 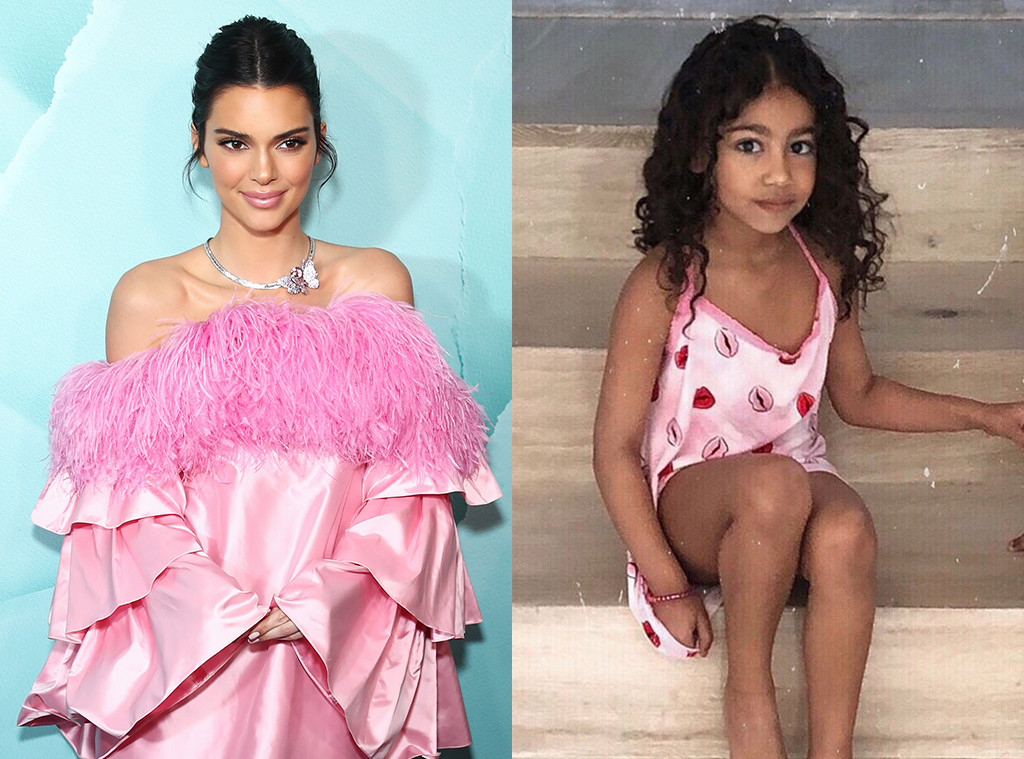 “She’s super sassy, she knows what she wants,” the 23-year-old reality TV star told E! News about her niece. “She is a legend in the making already.”

And while it seems Kendall is digging North’s recent fashion choices, the supermodel previously revealed another family member is her current style icon.

“I have a couple [style icons]. Right now, I think it’s my grandma,” the Keeping Up With the Kardashians star shared.

The mystery still remains if Kendall actually borrowed her niece’s tank, but one thing is for sure: they both rocked it well!

Watch a brand new episode of Keeping Up With the Kardashians Sunday at 9 p.m., only on E!