Making its debut in stores in October 2021, the capsule will include men’s and women’s garments and accessories for skiing, snowboarding and mountain sports.

As designers who have demonstrated with their Jil Sander collections that they intently focus on quality and purpose-driven design, the Meiers decided to collaborate with a leader in the winter sports sector for their Jil Sander+ line, which combines Jil Sander’s signature minimal and refined design with everyday functionality. 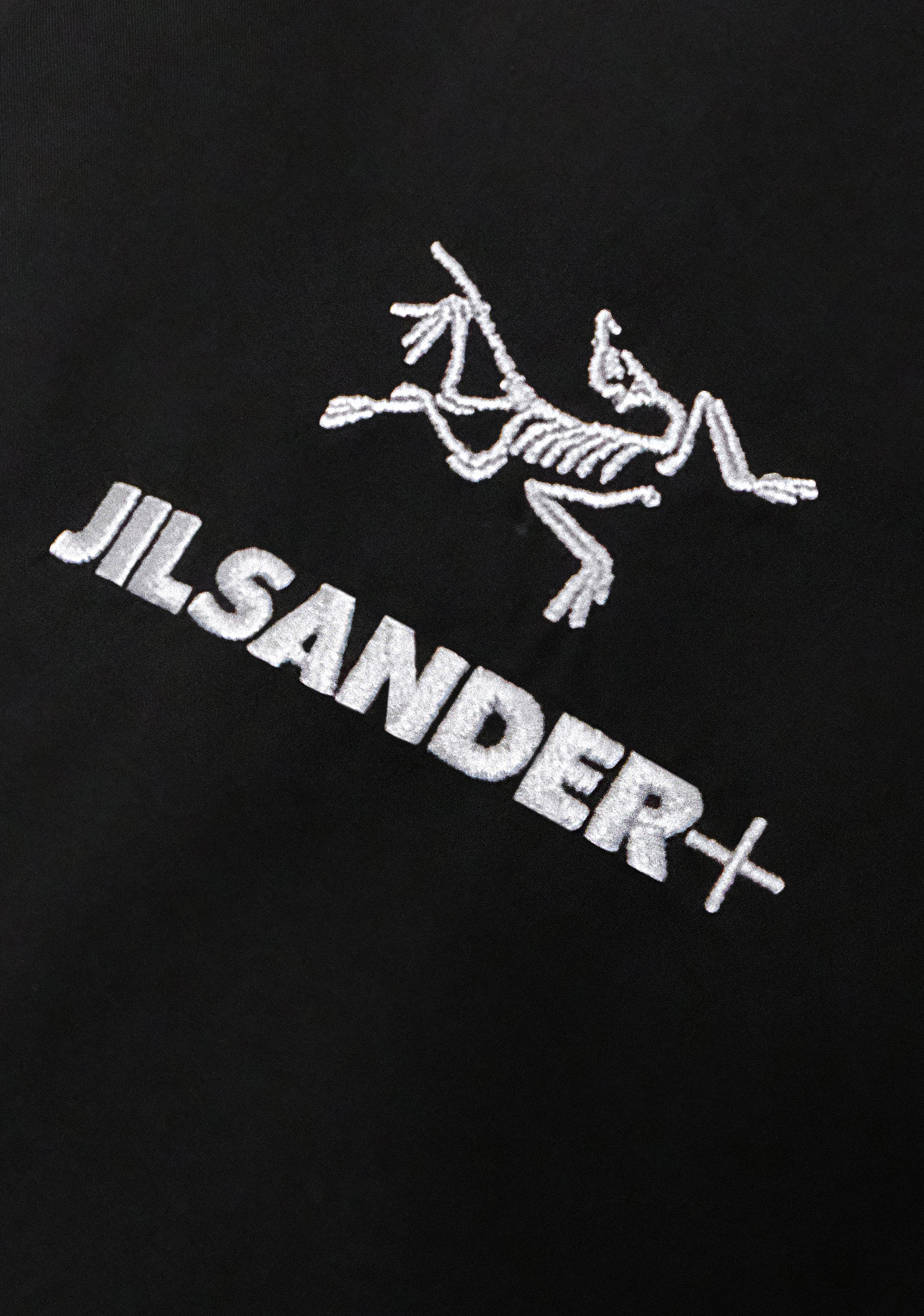 The logo of the Jil Sander+ and Arc’teryx capsule. Courtesy of Jil Sander

Arc’teryx was founded in 1989 by local climbers in British Columbia and is named after the Archaeopteryx Lithographica, the first reptile to develop feathers for flight. The brand began by creating climbing harnesses and expanded into apparel in 1998. The company is part of Amer Sports Corp., a Finnish-based sporting goods group that also owns Salomon, Atomic, Suunto, Peak Performance, Wilson and Precor and has sales of more than $2.7 billion. Amer Sports is in turn owned by the China-based Anta Sports Products Ltd., which also owns Fila, Descente and other brands.

Last month, Arc’teryx, which is based in Vancouver, kicked off a new retail strategy that includes the opening of a series of smaller stores across the United States. The first opened in Walnut Creek, Calif., in November and three others will make their debut in New York City as well as two in San Francisco before the end of the year. In 2021, the concept will make its debut in Chicago, Los Angeles, Denver, Seattle and Boston.