A GIRL has shared how she's been forced to live in her car for over a year as there's no longer space for her in the family home and she can't afford to pay rent.

Karna Stephens, from Folkestone Kent, was forced to set up home in her car after breaking up with her boyfriend and finding herself without a place to stay. 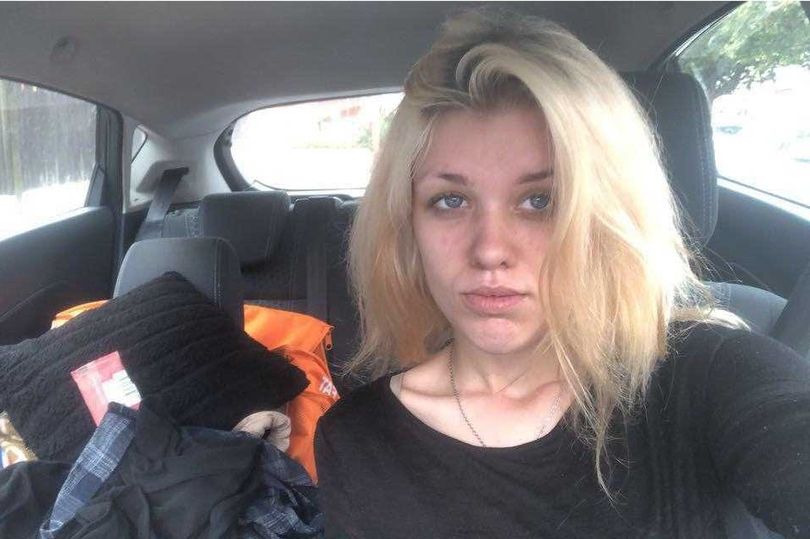 She had been living with her ex, but when they split, Karna found herself homeless as she couldn't go back to living with her dad, thanks to his house becoming "overcrowded" by her step-siblings.

Instead, she found herself sleeping in her car and was left feeling "uncomfortable" when people would constantly stare through her windows.

She even had to endure a miscarriage while homeless, with Karna claiming the stress of her living situation resulted in her losing the baby.

Opening up about her situation, Karna told Kent Live: "Most of my family don't have space for me. I've been homeless for about a year now and it's quite horrible, like, just sleeping in a car.

"Especially when people are walking past and looking in – it just makes it really uncomfortable."

She spends her days working as a delivery driver and admits she doesn't like not being on shift because otherwise she's left sitting in her car or walking around to pass the time.

Karna insists her work has been "really supportive" and "understanding" about her situation and explained family and friends have helped her out with essentials – like food and blankets – to keep her comfortable.

At times, she's even stayed with other people on their sofa for up to a month, but Karna says not everyone has been completely supportive of her situation.

Some mocked her decision to ask for help on social media and branded her "embarrassing", but she hit back: "Obviously it's made me feel more insecure about it, but if I need help I'm going to ask for it."

While she has been trying to look for somewhere to live, Karna explained most places are "too expensive" and come with a typical rent of around £600-700, which she can't afford on top of her monthly outgoings.

Each month, Karna already pays out on insurance, the loan she took out to first get her car before she found herself homeless and her phone bill.

She even reached out to the council for help with her less-than-ideal living situation, but lost out on a place to live when they wouldn't house her current boyfriend, who is also homeless, too.

"They were prepared to give me a place, but not him – which I couldn't do because if I had a place to live, he wouldn't," she explained.

"He wouldn't even be able to come and sleep in my car as I have to use my car for work. I couldn't leave him out on the street just so I had a place to stay – I couldn't."

At the time she was forced to decide between having a home for herself and her boyfriend being left on the streets, Karna was pregnant – and she thinks the stress of the situation led to her suffering a miscarriage.

"I couldn't have the baby – because of all the stress and everything that happened," she recalled.

"My baby… didn't get to the point it was supposed to – because of how much stress the council had put me through."

Feeling overlooked, Karna says she would like the council, who are now trying to help her with rent for somewhere to live, to consider her as more of a "priority".

She said: "They're still trying to help me out, but just not in the way I wanted them to."

For more real life stories, one girl reveals 'I’m a nurse and got bodyshamed over my uniform – a patient’s wife said I was ‘sexualising’ scrubs'.

Plus, a mum shares 'I’ve got eight kids and live off benefits – people call me trash and lazy but I’m addicted to pregnancy so I don’t care'.

And a couple are now saving £1k a month after ditching their flat to live in a van – 'we did it up ourselves & it even has a cinema screen'.