LONDON — Burberry is banking on the Olympia bag, with a new star-studded campaign and global pop-up concept.

The leather shoulder bag, known for its crescent moon shape and minimalist flair, was introduced on the brand’s fall 2020 runway and has been making appearances in Burberry collections ever since.

As the world reopens and carrying a handbag is becoming part of people’s daily routines again, the British label is giving the Olympia bag an extra push with a dedicated campaign featuring Kendall Jenner, FKA Twigs and Shygirl.

Burberry’s chief creative officer Riccardo Tisci said that when designing the bag, “I was thinking about creating the perfect form, something that could capture the essence of femininity. So, for the campaign, I wanted to celebrate three incredible women in my life who embody the power and beauty of feminine energy.”

The idea behind the campaign — shot by Inez and Vinoodh, and styled by newly appointed Dazed & Confused editor in chief Ib Kamara — was to strip things back, and allow the women’s inner strength and feminine energy to speak for itself.

Last month, Shygirl opened Burberry’s fall 2021 runway show video in a blaze of light as she recited an ode to nature, creation and eternity. In the liner notes, Tisci paid homage to his mother as an “incredible force of nature” who raised him and his eight sisters alone “with unfaltering purpose and pride.”

Coinciding with the drop of the campaign, Burberry is rolling out its new World of Olympia pop-up concept, highlighting the bag and the inspirations behind it, including statues reminiscent of Ancient Greece and curved lines that reflect the shape of the bag.

The pop-ups, which will stock new and exclusive colorways, are launching at some of the brand’s key retail partners including Bergdorf Goodman, Harrods, Galaxy Macau and Nanjing Deji Plaza. An additional five locations will open in China in late May, while Burberry stores will also host “pop-ins” to highlight the bag.

Growing its accessories proposition has been a focus for Burberry, ever since the pre-Tisci era. Since taking the reins in 2018, Tisci has made some headway with styles like the Olympia, the Pocket tote bag or the TB logo shoulder bag.

In fiscal 2021 Burberry’s leather goods category saw mid-single-digit growth, while prices are on the rise. But the brand is yet to see any of its bag designs go viral, or reach ‘It’ status like some of the company’s luxury competitors. Could Olympia be the one? 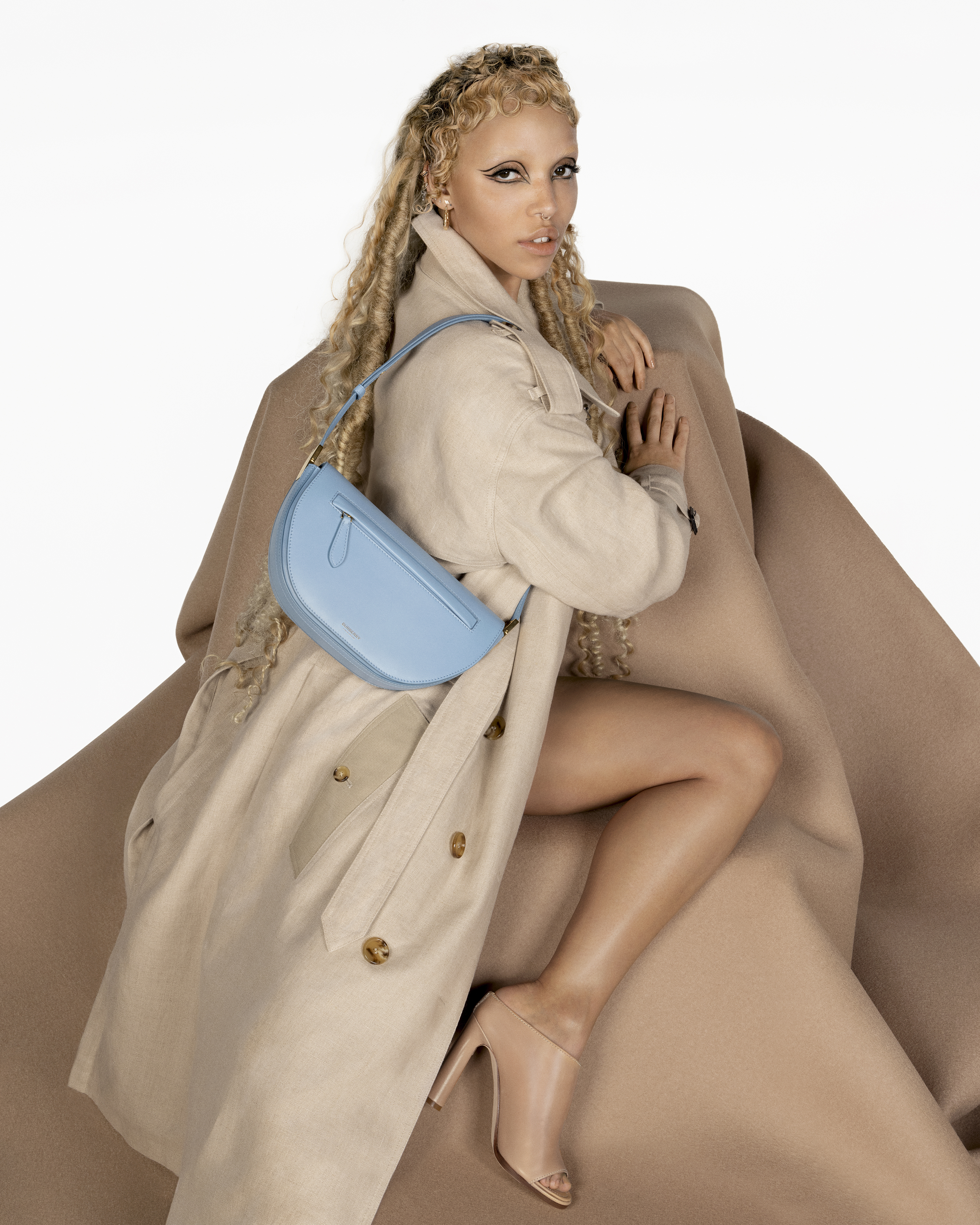