IN THE corner of a hotel bar, Miss Great Britain 2020 Jen Atkin’s sparkling crown slipped as she snogged a photographer.

Nearby, a beauty queen was sobbing while others drunkenly spilled out of a lift — their skyscraper heels slipping and sliding on the marbled floor as they tried to stand up. 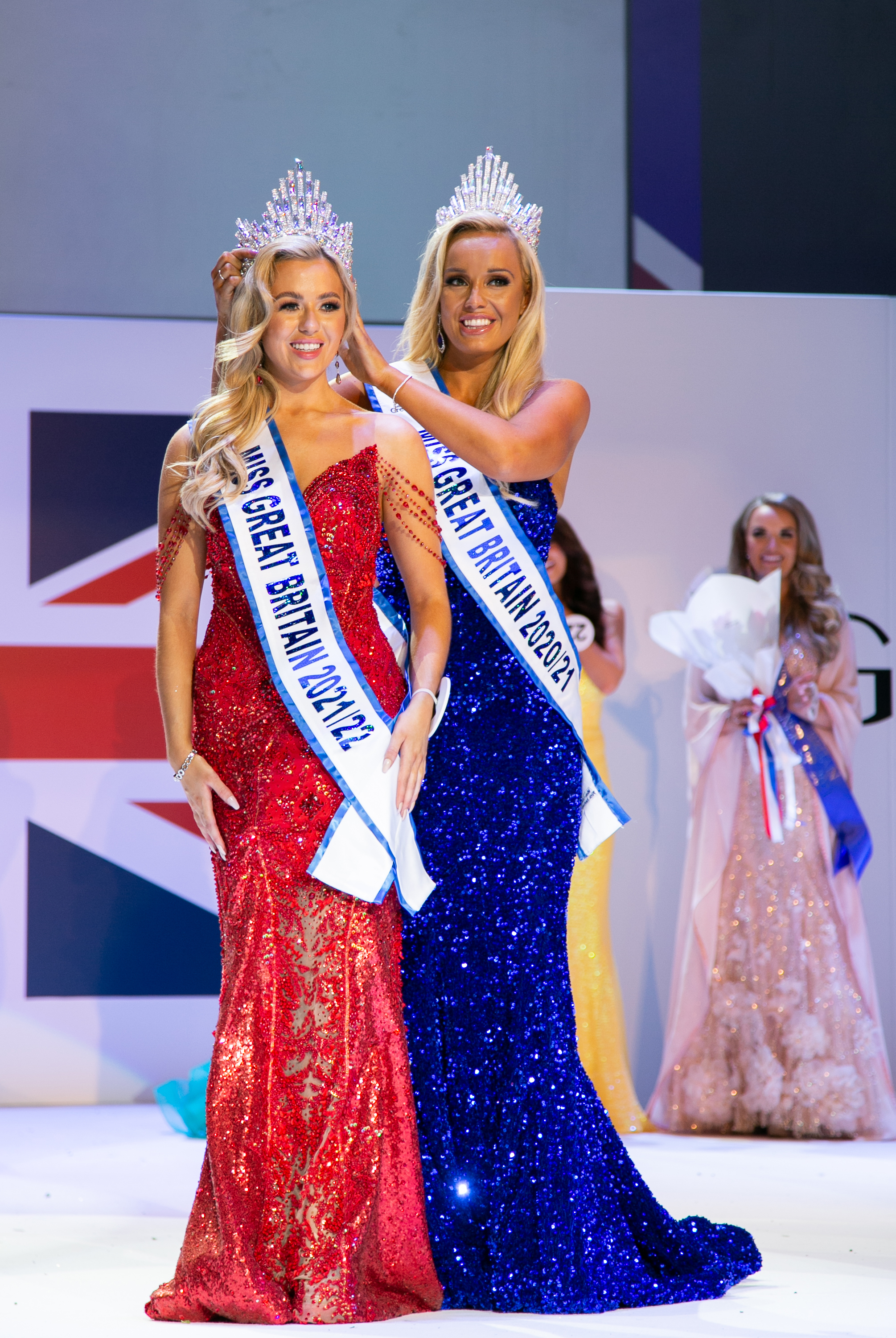 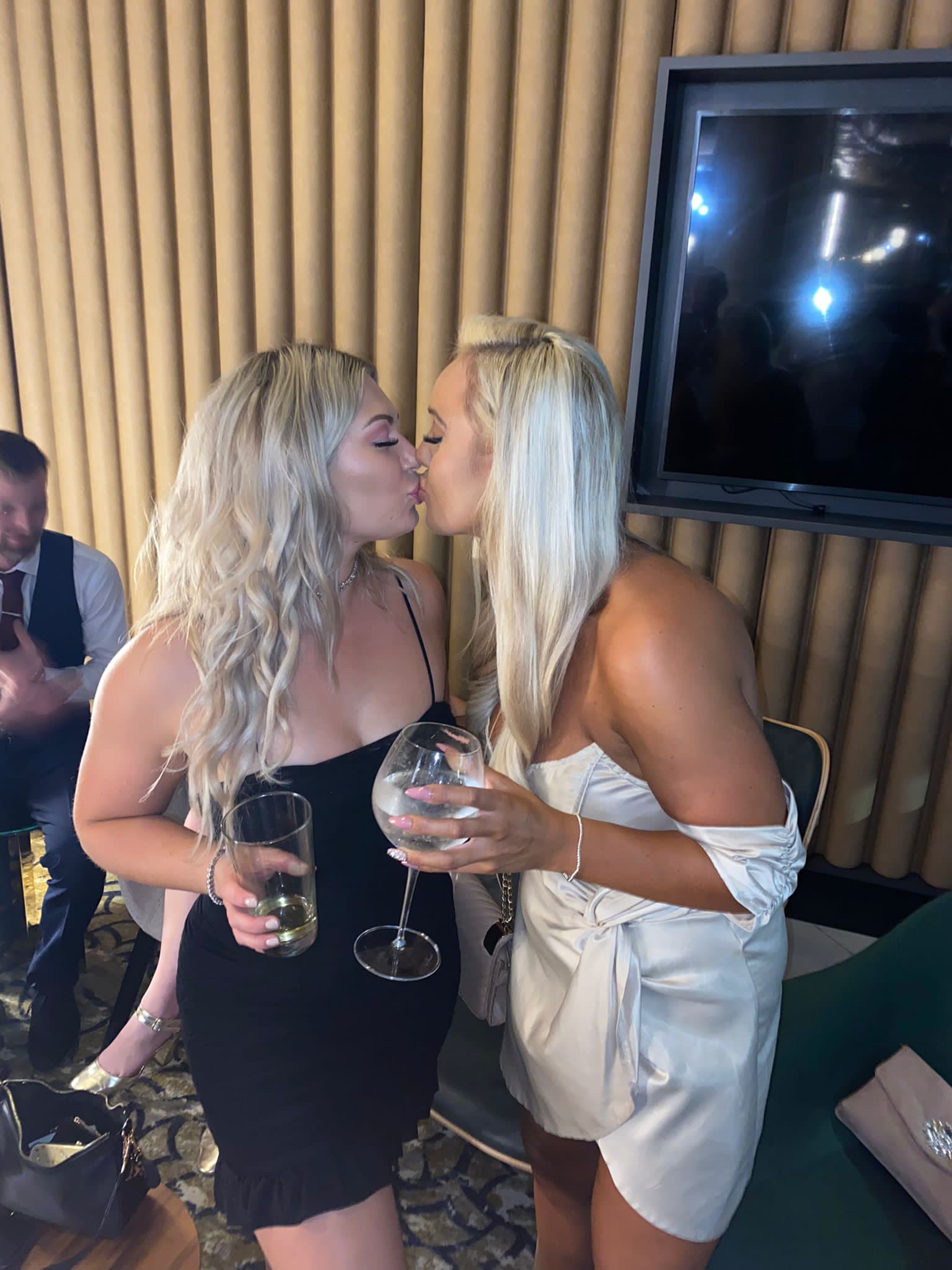 It was 4am at the Miss Great Britain 2021 raucous after-party and I had witnessed more drama tonight than on this year’s Love Island.

“I’m a nightmare,” said a giggling Jen, who came out as bisexual this year and is separated from her husband. “I’ve got myself in a bit of a love triangle.”

She’s not joking. Fighting for her attention that night was a handsome photographer, a former flame and an Italian footballer. “None of them know about the other one,” she said with a laugh. “What have I got myself into?”

Jen was one of the judges at this year’s competition, along with pageant legend Sally-Ann Fawcett — who has been head judge for the past seven years — Ms Great Britain 2020 April Banbury and Dubai hotelier Tom Hui.
Oh, and yours truly.

As The Sun’s sexpert I was invited along to cast my very critical eye over this year’s wannabes.

The gala was a welcome comeback for the girls, not to mention the organisers, who seem to be fighting a never-ending battle to prove their relevance in a world gone woke.

The figures, as it were, speak for themselves. Despite feminists’ best attempts, beauty pageants are bigger and more popular than ever post-lockdown, with thousands of women clamouring to get dolled up and on stage.

The number of contestants for the iconic Miss Great Britain pageant last week hit record heights, following last year’s introduction of a Ms division (for women aged 28-39) and this year a Classic section — a polite euphemism for those aged 40-plus. Beauty queens arrived in Leicester early on Thursday for two days of heats. Most were staying at the same hotel, the Novotel.

This 76-year-old contest welcomes women of all sizes and marital statuses, making it a magnet for those who want to channel their inner-Miss, Mrs or Ms Congeniality at any stage of life. But let loose into the heady world of press attention and rivalry — and knowing they are looking their best — sometimes the experience of being a finalist in the country’s oldest pageant can go to their heads.

Take one front-runner who was seen kissing a male guest in full view of the directors and contestants — despite wearing a wedding ring. Another who took full advantage of sharing a hotel with an Italian football team on the night of arrival, and a bevy of otherwise level-headed lovelies who partied until 6am on the day of the final — despite rehearsals scheduled for two hours later.

The immediate aftermath can lead to bitter hangovers for those who fail to win. One family member of a contes­tant posted on social media of the “absolute shambles” of the pageant after his relative failed to advance in the contest. Another spoke of the bitchiness that marred their pageant experience.

Others mumbled darkly — and completely without found­ation — about “cash for votes” theories in the popularity category and of judges having long friendships with some of the contestants, influencing their decisions. This year’s pageant raised more than £45,000 for charity and the winner received a luxury trip to Dubai, a year’s modelling contract with online fashion store Shein and £1,000.

Kids can use apps to change their appearance and it’s our responsibility to show them that they don’t need to edit themselves, they’re beautiful as they are.

With the high number of women competing this year, the finals — on Friday at the Athena in Leicester — ran into the early hours. The women on stage sparkling from head to toe in their custom-made gowns looked like something from a Disney princess film and I was blown away by the spectacle.

“Remember it’s not just about their looks,” Sally-Ann informed me, as she briefed me on what the panel is looking for. “The winner has to be the whole package, beauty, brains and personality.” Having taken in her wise words I tried to score the contestants fairly.

The competition was stiff and the two-day heats gruelling and tense. Rounds consisted of swimwear, evening wear, interviews, charity, publicity and a talent contest. Most finalists had overcome difficult challenges in lockdown and I was genuinely moved by their stories.

Kirsty Logan-Townshend, 31, lost seven stone naturally, Alexandra Darby, 26, a singer, worked in a refugee camp in Greece, Hannah Norris, 22, fell pregnant and was competing at 24 weeks gone – sending out a strong message to women that motherhood does not have to spell the end of your dreams. It was a heartwarming moment when she cradled her perfect bump on stage in the swimwear round.

Brave Elle Seline, 31, a mental health worker, made history as the first ever make-up-free contestant. “Apps like Instagram are so dangerous to people’s expectations,” she explained. “Kids can use apps to change their appearance and it’s our responsibility to show them that they don’t need to edit themselves, they’re beautiful as they are.”

Ex soldier Katrina Hodge, 34, was competing again 11 years after she won Miss England. She received a standing ovation when she declared feminism should be about “choice” and no woman should tell other women what they can and can’t do. She was not the only squaddie there. Sashaying on to the stage was Miss Essex, Georgie Goodey, 27, another soldier.

“I want women to know they can do anything,” she said. “I can be a soldier and I can also be a beauty queen, we can have it all.” The notion that beauty queens are airheads is unfair and far from the truth, every woman I met was switched on and smart.

The current Ms Britain April Banbury — who starred in ITV’s dating show The Cabins — is training to become a pilot. “People shouldn’t put us in a box,” she explains. “There’s more to us than meets the eye.” With the Athena packed out with proud families, friends and ex-beauty queens cheering on their girls, the atmosphere was electric.

But as the night went on — and more contestants were eliminated — the mood began to change as angry family members and friends grumbled at the results. Some beauty queens who didn’t make it into the top five put on a brave face while others sobbed uncontrollably off stage — struggling to hide their emotions.

Sore losers and their guests filed out of the Athena before the winner had been announced. But for the ones lucky enough to make it through, their families and friends excitedly cheered them on.

And in the end, the best three won: Eden McAllister, 22, a charming university graduate secured Belfast’s first ever win in the Miss Great Britain pageant; Katherine Henry, a gorgeous curvy lady who battled a year of family Covid deaths, took the Ms crown; and Kirsty Fletcher, a beautiful 52-year-old mother of two won the Classic division after urging all women her age to “flourish”.

Eden had 20 friends and family members in the crowd, flown in from Belfast. They went wild as she was announced the winner. Later she told me how she didn’t expect to win and was still visibly shaking at the results. Incredibly, despite her stunning looks she is SINGLE and has never been asked out on a date.

People shouldn’t put us in a box. There’s more to us than meets the eye.

I’m sure it won’t be long until ITV Love Island producers get in touch — several winners have gone on to star in the hit dating show. They include Miss GB 2015 Zara Holland — who was dethroned after having sex on the programme.

Also stripped of her Miss GB title — after posing naked for Playboy — was 2006 winner Danielle Lloyd.

At 1.30am the after-party started at the Novotel. Prosecco was ­flow­ing and with every drink beauty queens became more loose-lipped and the poise they possessed on stage began to slip.

Some of the girls were upset by bitchy remarks from other contestants and said they would not return next year, others sobbed in the corner and one was sick in full view of everyone.

Last year’s winners Jen and April were also tearful. “It’s not easy being beauty queens in a pandemic when there’s nothing going on,” explained April. “But we’ve tried to make the most of it.”

Understandably, the pair couldn’t help feeling robbed of their time with the crown. But despite the pandemic, they’ve achieved a lot.

Let’s hope this year’s beauty queen is better behaved than me.

Jen cheekily told me how she was cheering herself up with the hot men around and revealed she’s gone “a bit wild” after filing for divorce in lockdown.

“Let’s hope this year’s beauty queen is better behaved than me,” she confessed, giggling.

By 6am the party was beginning to peter out as tired beauty queens retired to their rooms, leaving just a trail of glitter and the odd broken heel in their wake. I’m missing their magical sparkle already. Roll on 2022! 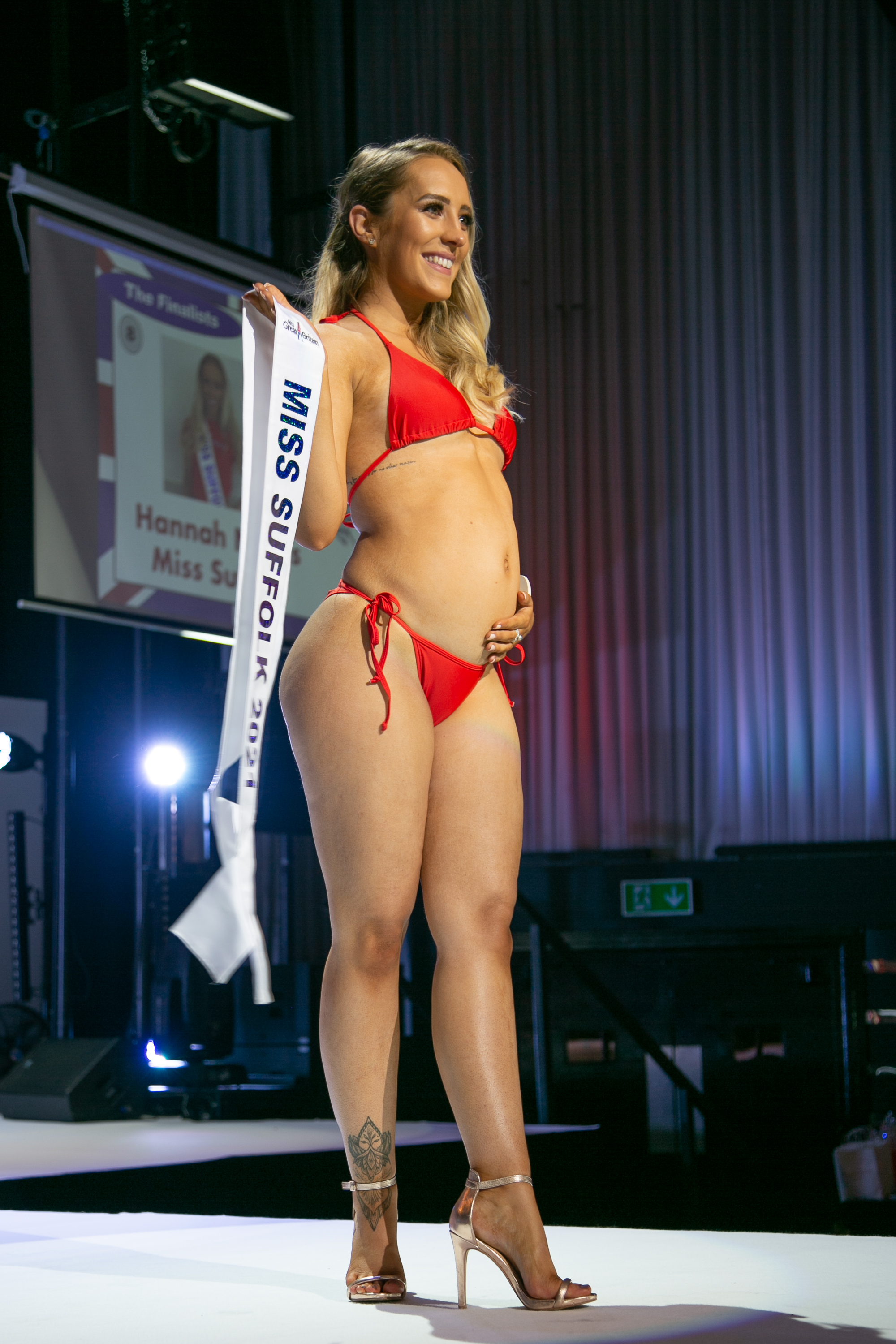 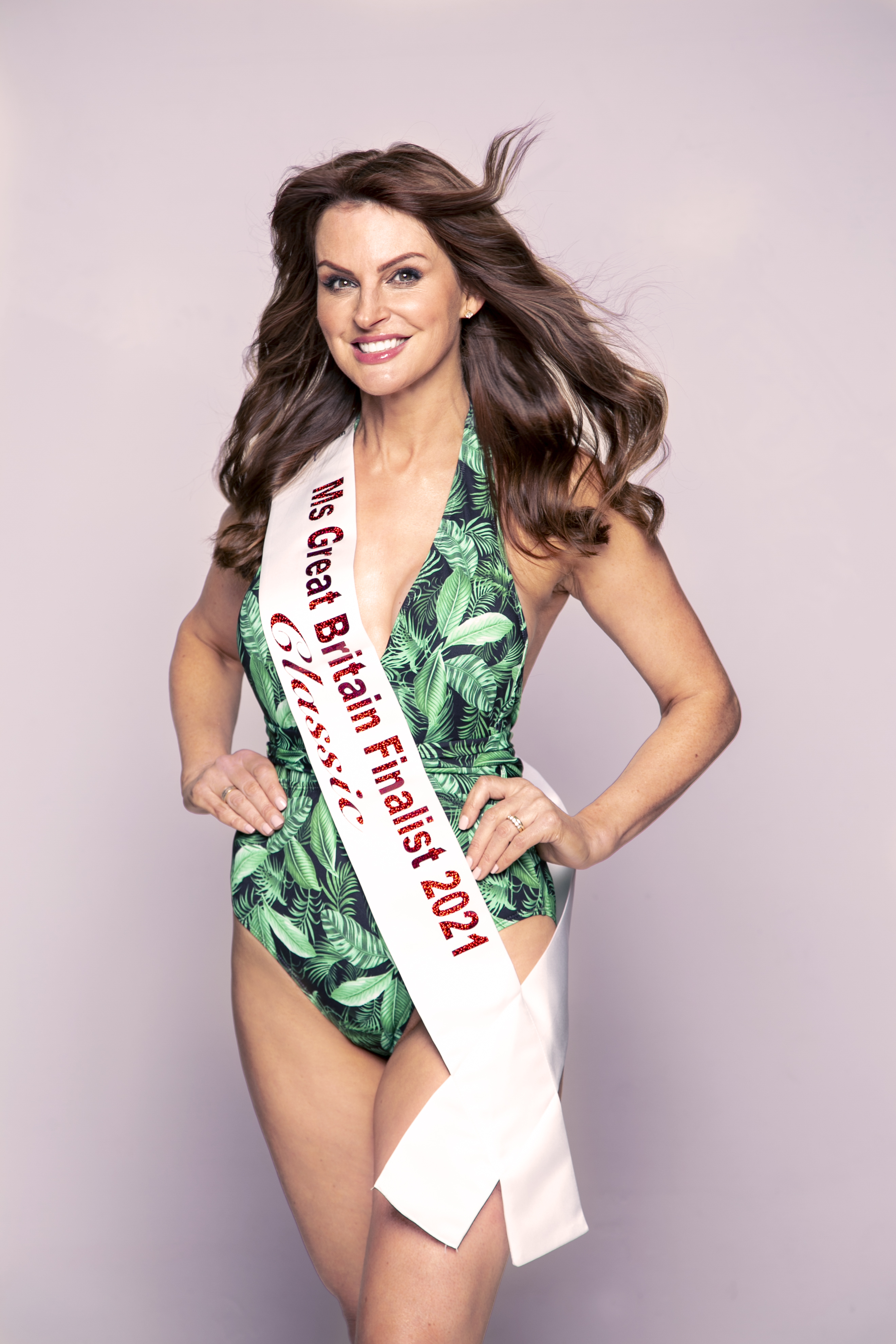 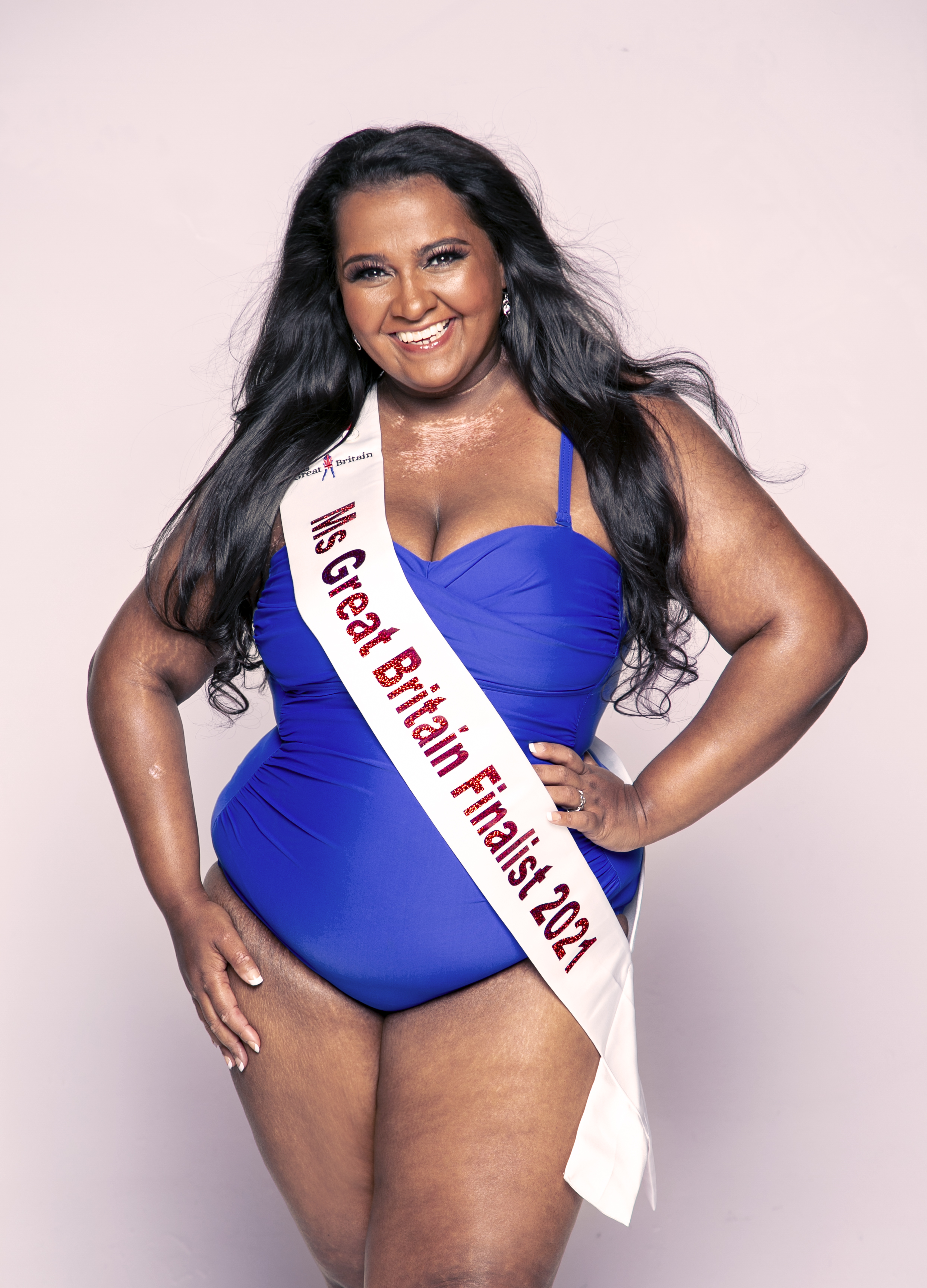 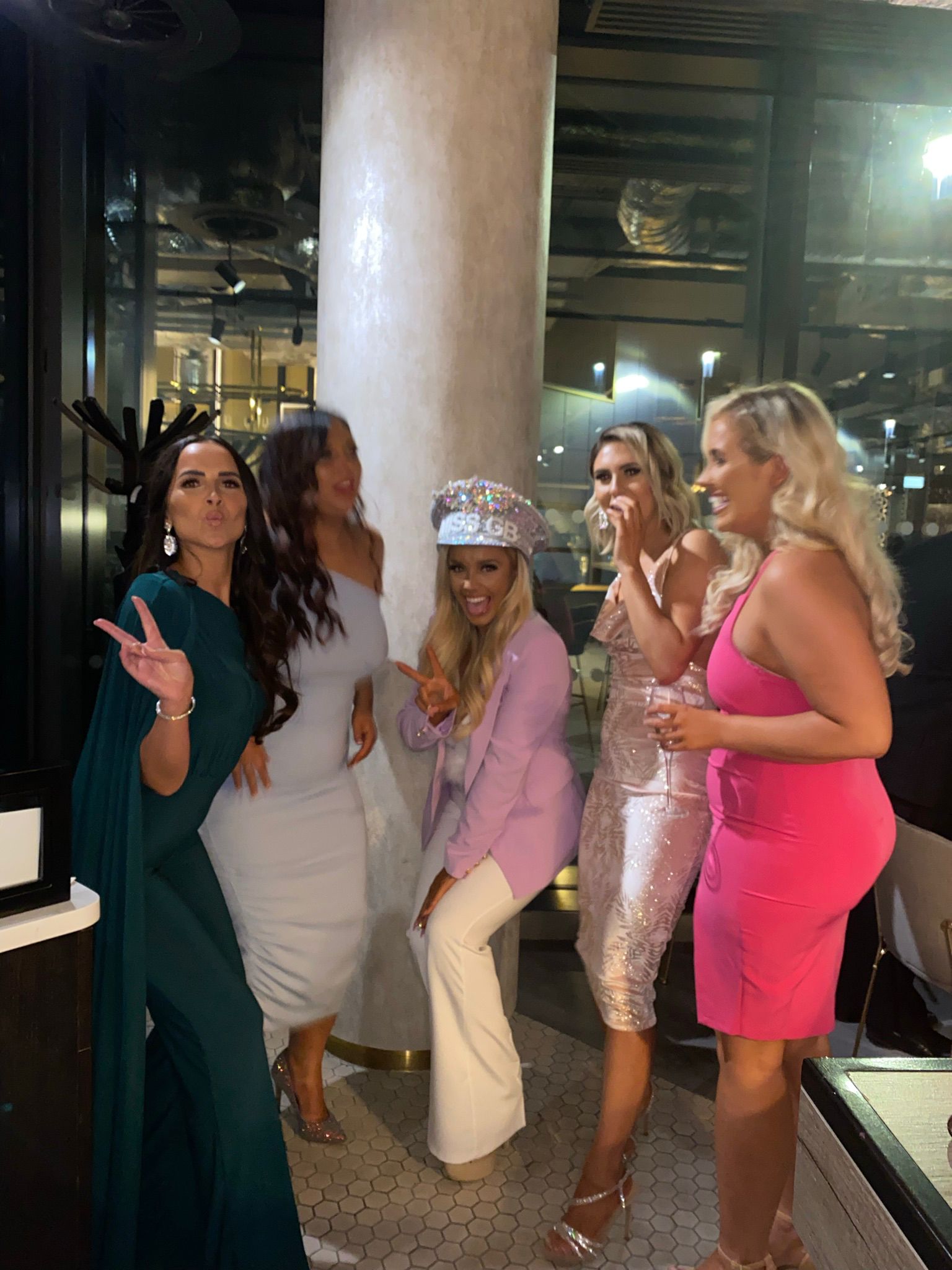 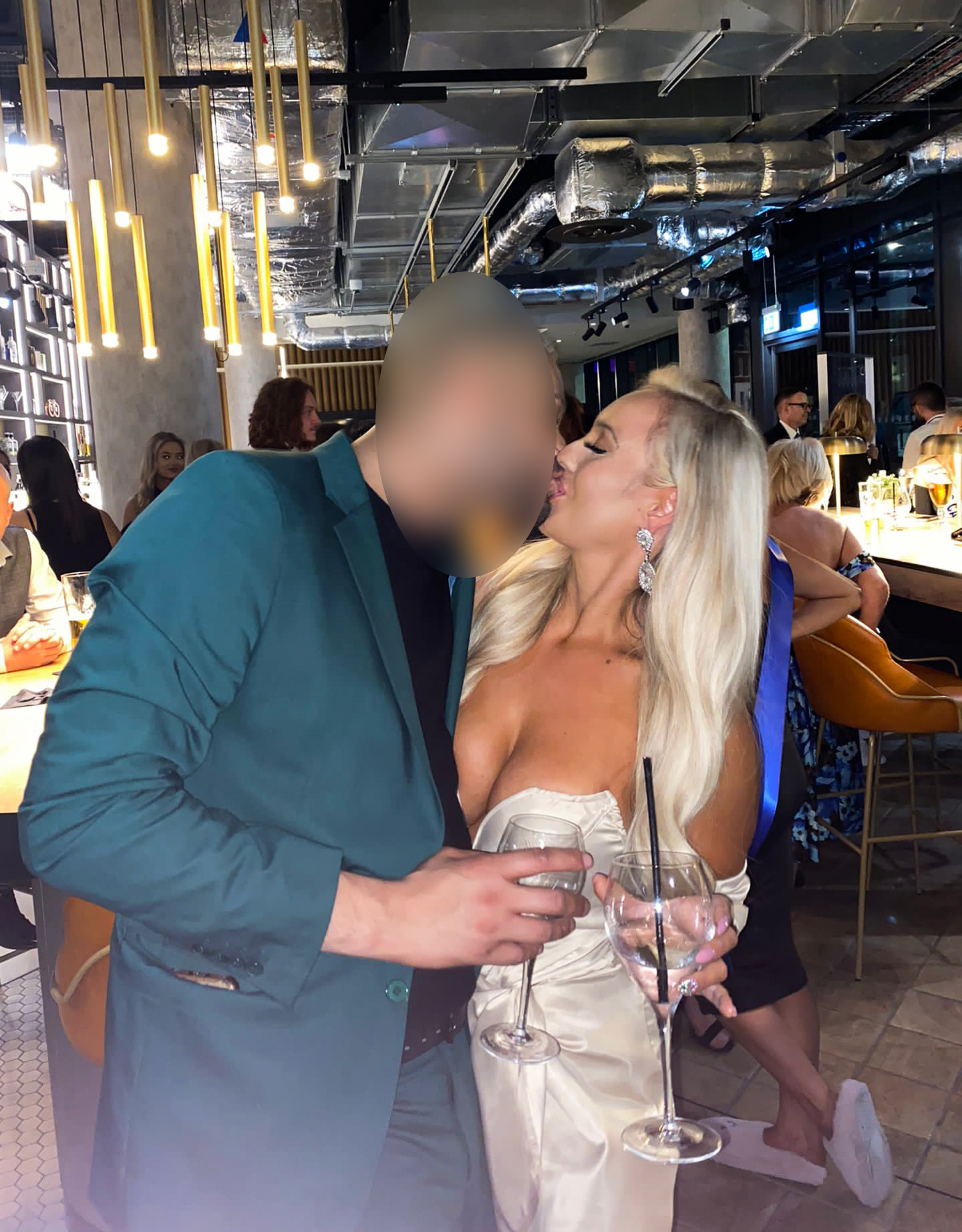 HOW TO WIN TITLE

AS Head Judge at Miss GB for the past seven years, Sally-Ann Fawcett has noted what you need to be successful in a beauty pageant: