AIRPORTS are pretty much always stressful.

And there’s nothing worse than getting to your gate only to learn that your flight has been significantly delayed. 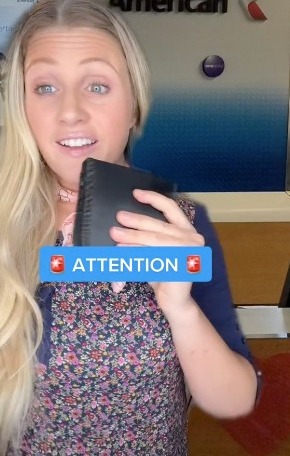 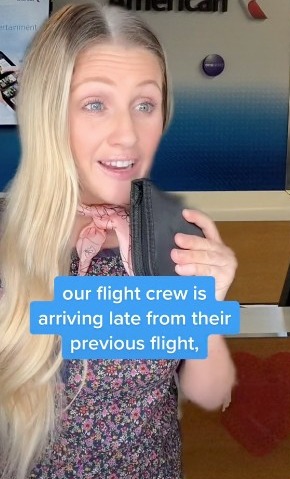 A travel expert named Addison Jarman, who goes by @addison.jarman on TikTok, has gained a following of over 3.5 million users online thanks to her travel hacks and flying tips.

She recently said that there’s a perk you can count on if your American Airlines flight has been delayed.

Reenacting a scenario where a crew member informs the passengers that their flight will be delayed because the previous flight was held back, she explained how you can take advantage of that situation.

“Hi, do you know why the flight crew was delayed?” she said, pretending to be a passenger.

“Yeah. The plane they’re arriving on had mechanical issues so they couldn’t leave on time,” she said, acting as the airline crew member.

“And what time do you think our new flight will board,” asked the passenger.

“I’m not sure, but it’ll be at least an hour,” replied the crew member.

The woman then revealed that in American Airlines’ Conditions of Carriage, it states that if the delay is the airline’s fault and the new flight won’t be leaving until after midnight, the airline must provide passengers with a hotel or cover the cost of one.

3 major bonuses YOU get for Queen’s Platinum Jubilee weekend

This means no more waiting until 2 am for a flight to take off, or falling asleep on the gate's uncomfortable chairs.

“So I’d like a hotel for the night and a new ticket that flies me out tomorrow morning,” the passenger requested.

As the policy states, the crew member had to oblige.

"I needed this advice a couple days ago. The exact same thing happened but it wasn't past midnight but my flight was delayed over 5 hours," one person wrote. 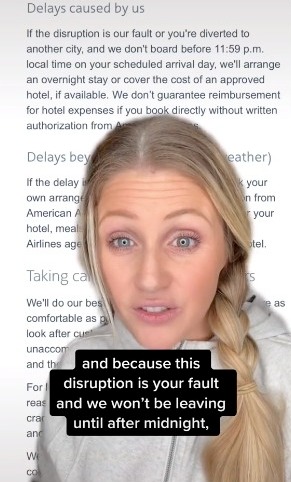