CAST your mind back to the first couple of years of your baby's life and chances are, you probably don't remember all that much beyond the important milestones.

Why? Because the months fly by in a sleep-deprived blur and the next thing you know they're going into nursery everyday. 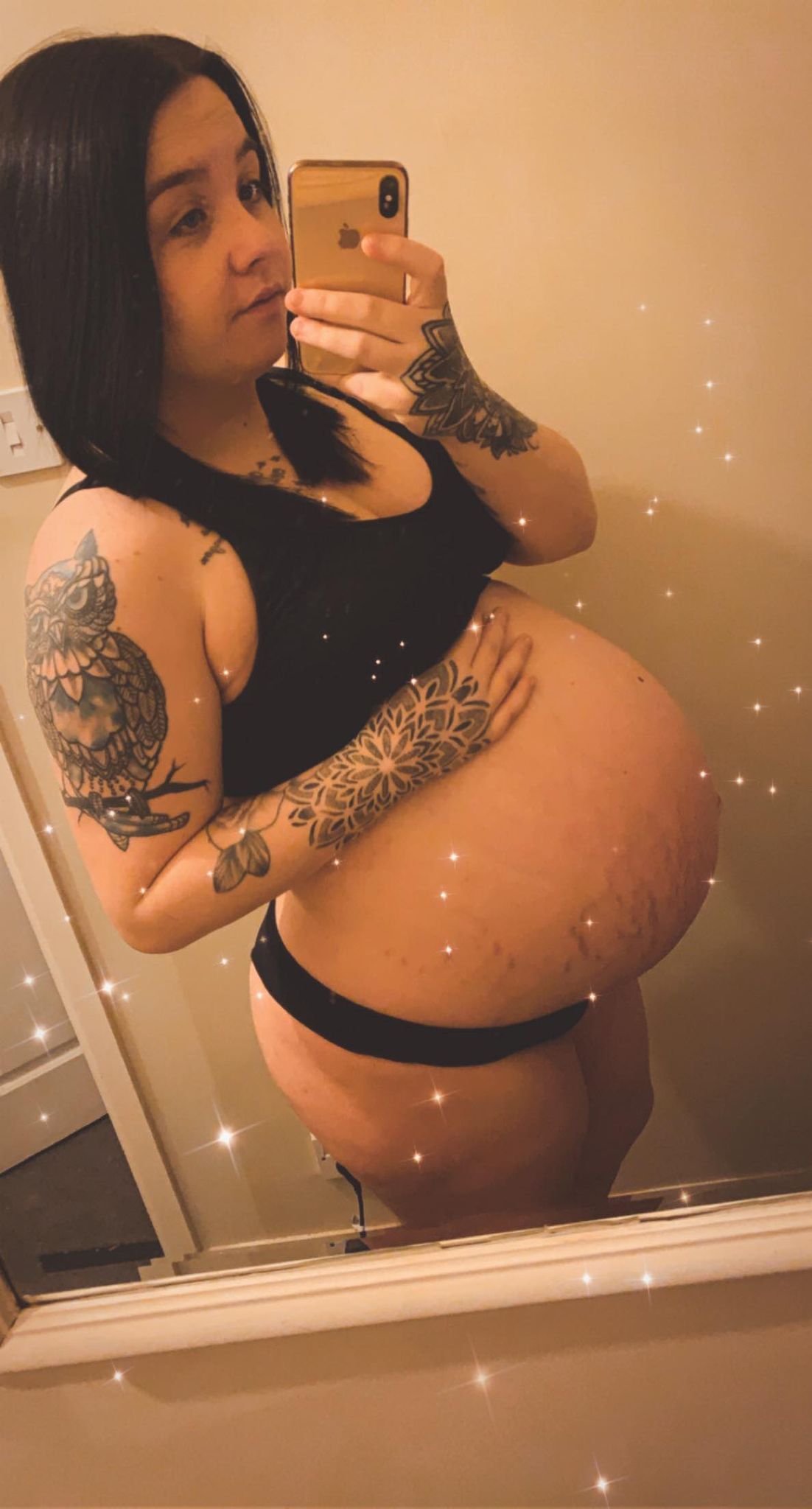 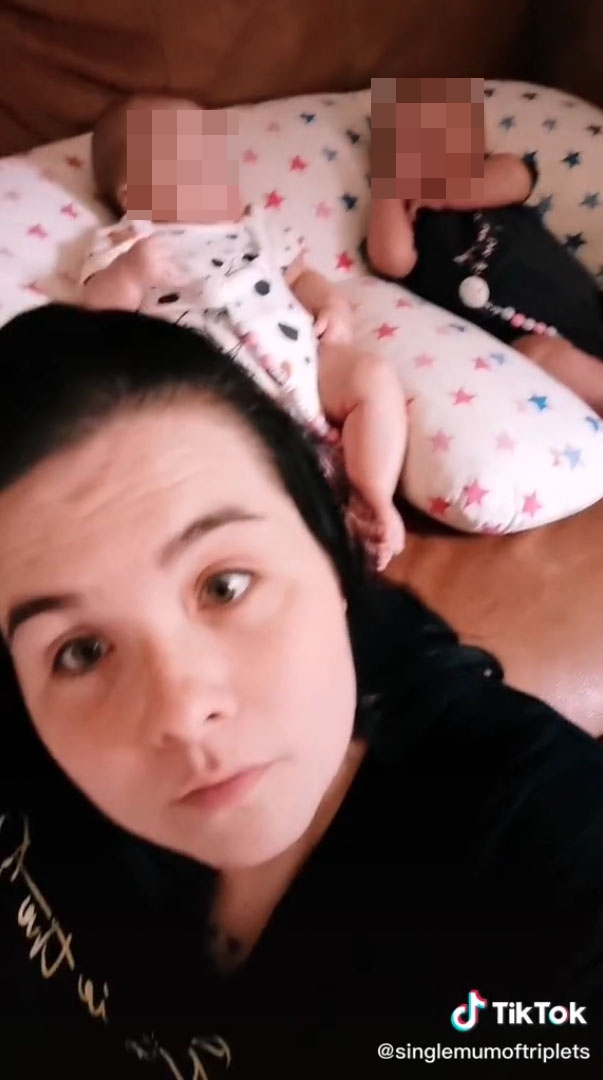 But while most parents struggle with just the one newborn, spare a thought for mum-of-three Amy Maxey.

The 28-year-old, from Northamptonshire, fell pregnant with TRIPLETS last year – despite claiming to be taking the Pill everyday.

The single mum has racked up over 500k followers on TikTok where she shares snippets of her life raising her eight-month-old babies.

Harlow, Ivy-Gray and Ocean were born in March this year and Amy's sister lives with them to help her raise the girls.

In a recent video, the mum explained how the girls' dad looks after them every other weekend which gives her a much-needed chance to catch up on some sleep.

Giving insight into her routine, Amy explained how she tries to nap when they do in the day and puts them to bed at 6pm.

However, the mum says she usually only averages about three hours a night.

When asked how she copes with the challenges of being a single parent, Amy said: "It's not easy.

"However, you soon get yourself into a routine. I was a fully single mum without their dad at all for about six or seven weeks when he decided to get involved.

"He now does every other weekend which is a help but you still have to stay in a routine for your sanity.

"You sleep when they sleep. Cleaning can wait. If you're tired, sleep – because your baby will need you in top form." 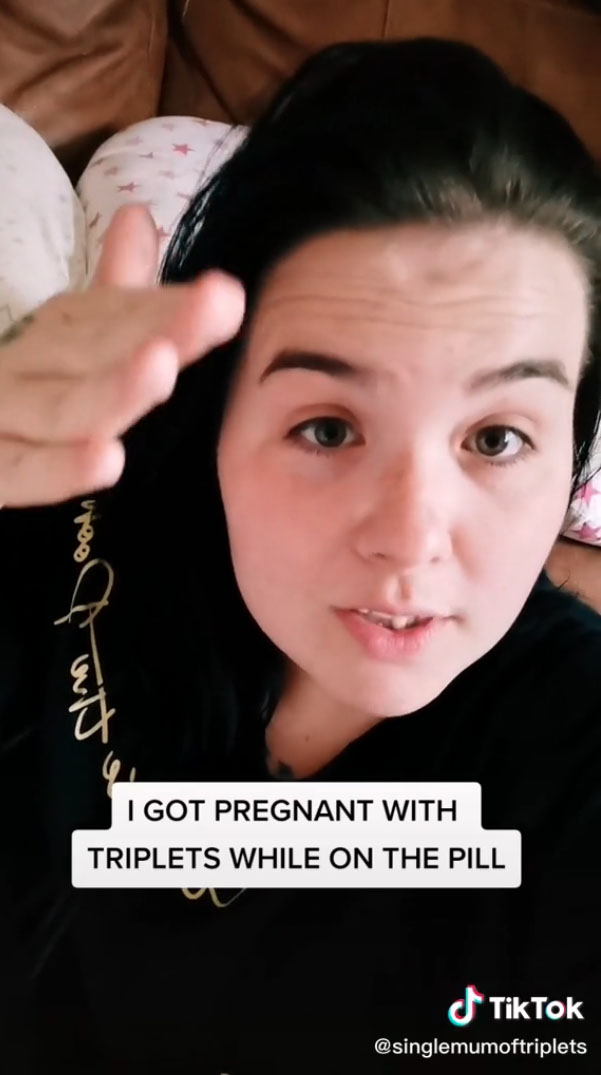 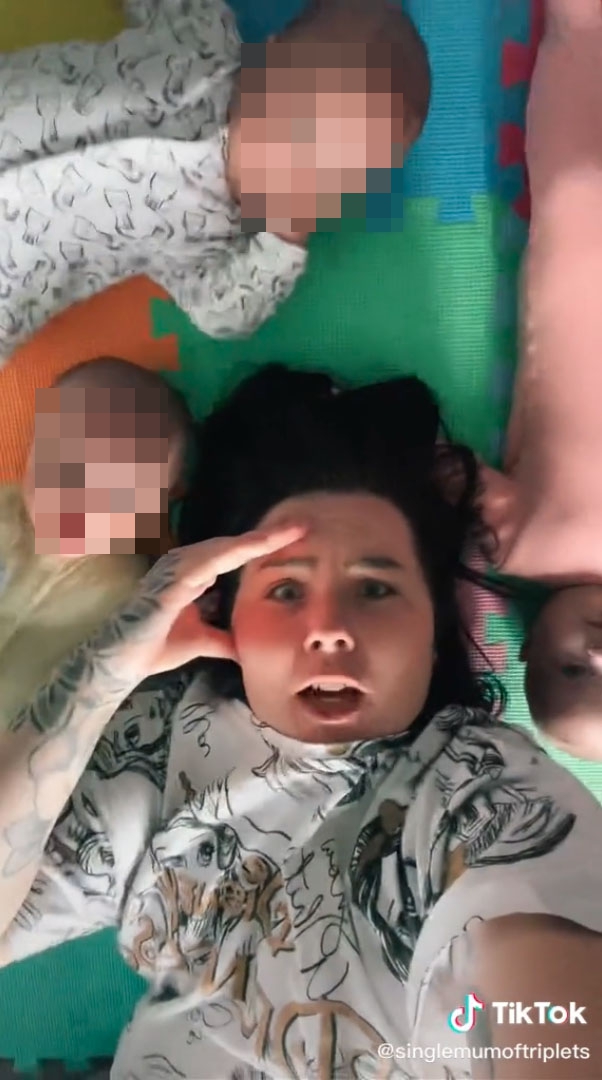 What's more, Amy says her dad and stepmum also live nearby to help out when she needs.

Amy previously told Femail that she takes the Pill “in the morning every day, as soon as I opened my eyes”.

Describing the moment she found out she was having triplets, Amy said: “The first lady said there were two [babies] and she has to get another nurse to come in and check and then that one said there were three.

“I don't know how to describe it. I was literally like, ‘what the hell, that's mad’.

“Obviously I was worried at the same time but yeah, just very shocked. That's the only thing I can describe it as.”

Amy was warned that there was a danger one of the triplets may not survive, as it is unusual for all three to make it to the 12-week mark.

However, all three babies were thankfully looking healthy when it came to the scan.

For more parenting stories, this mum was praised for her easy lollipop hack which stops kids arguing about pretty much anything.

And this mum was savaged for spoiling her daughter after begging for help with her messy playroom… then stuns with after pictures.

Plus this mum bagged over £100 of Next clothes for more than half price including a leopard tee for a POUND – here’s how.