MOST mums don’t need to worry about their kids finding racy photos of them . . . so long as they are careful. But for Rachel Stevens, it isn’t so easy.

The former S Club 7 singer, now a mother of two, was a fixture on lads-mag covers at the height of her fame — with only sexy undies or a carefully placed arm to protect her modesty. 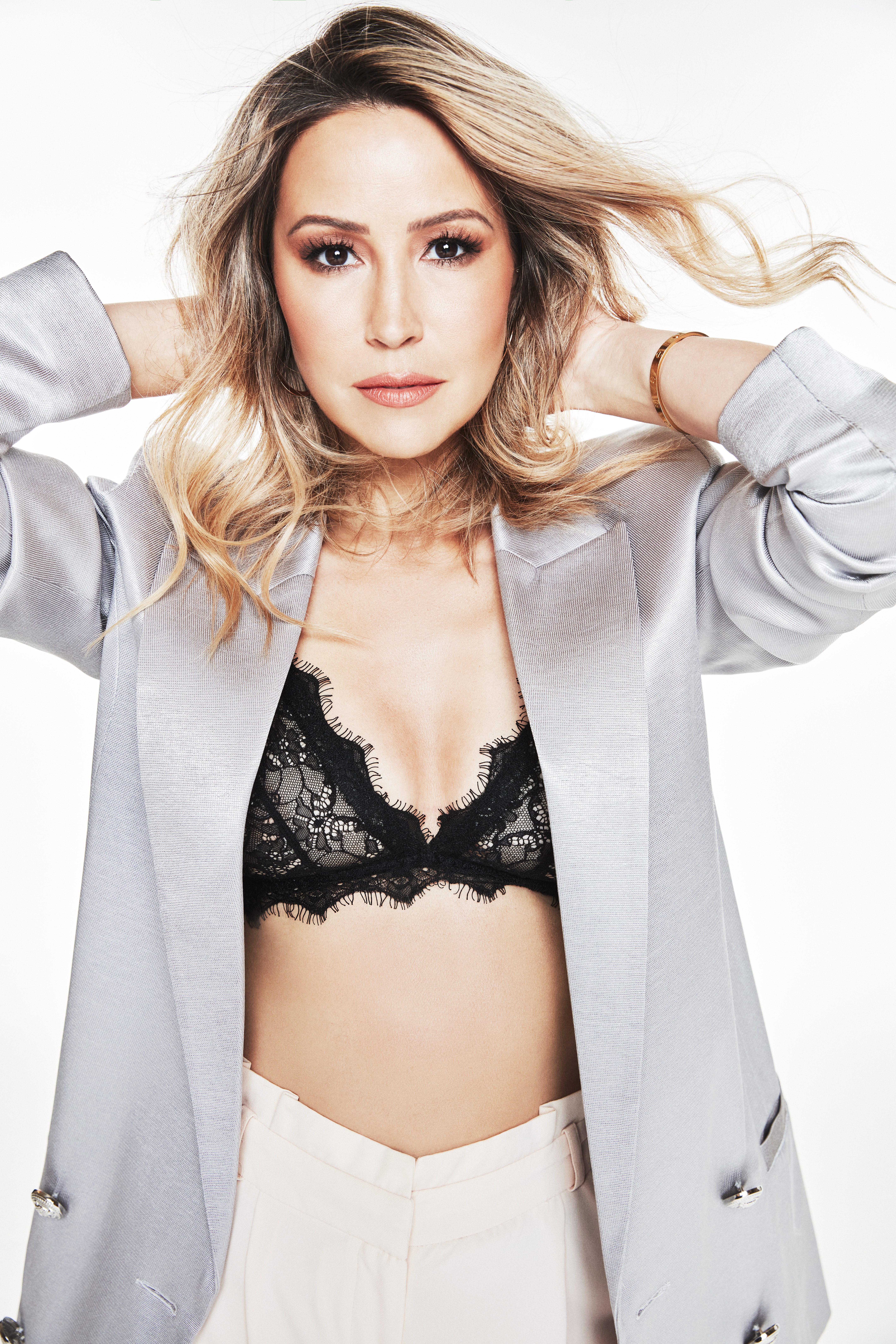 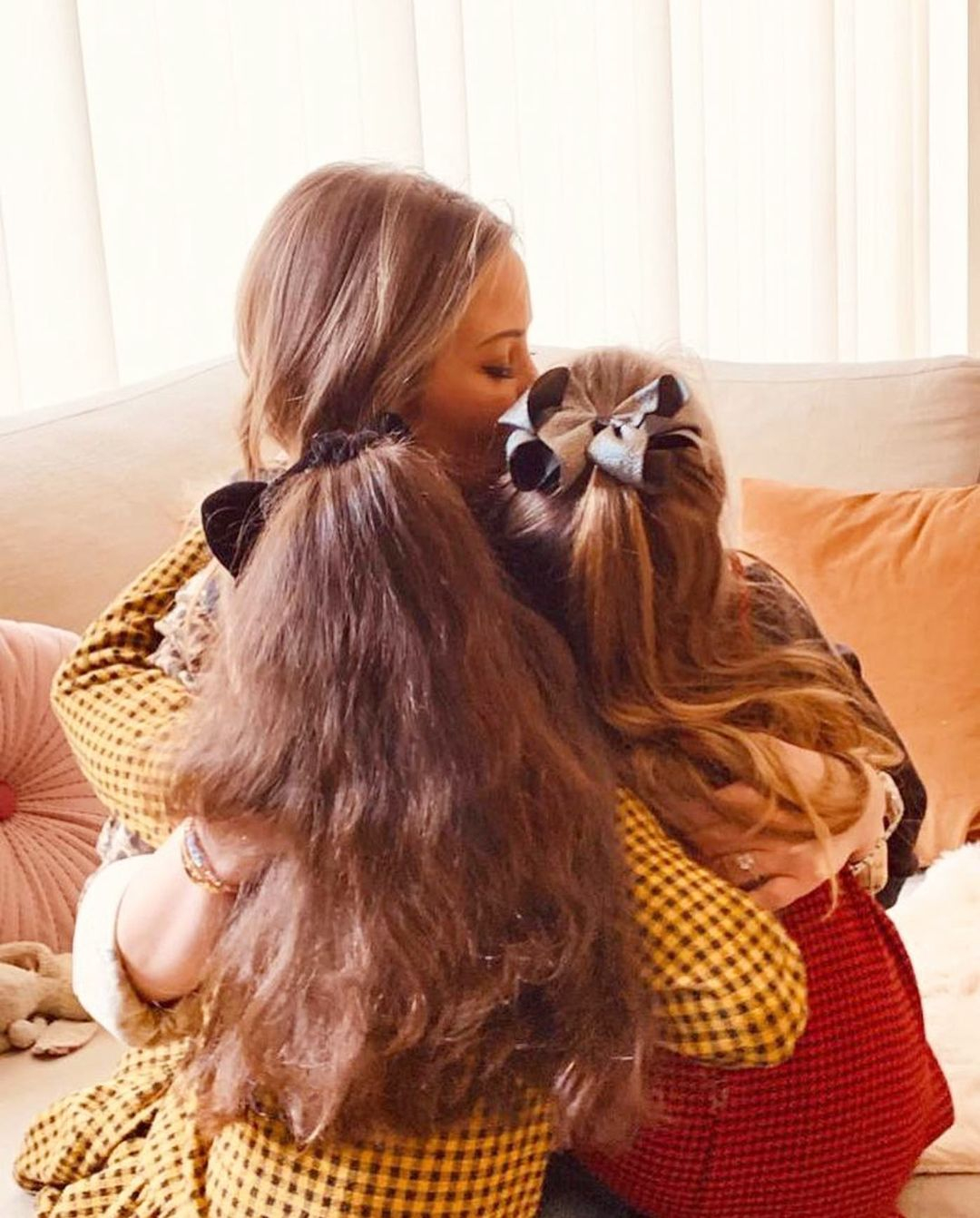 She featured on FHM’s Sexiest Women lists 11 years in a row in the Noughties and readers voted her their sexiest woman of ALL TIME in 2014.

Most of those mags have since bitten the dust. But what would Rachel’s daughters Amelie, ten, and Minnie, six, think of their mum’s daring appearances?

Rachel, 42, says: “Winning ‘sexiest female’ was so lovely and so flattering. Obviously it’s all tongue-in-cheek and a bit of fun. 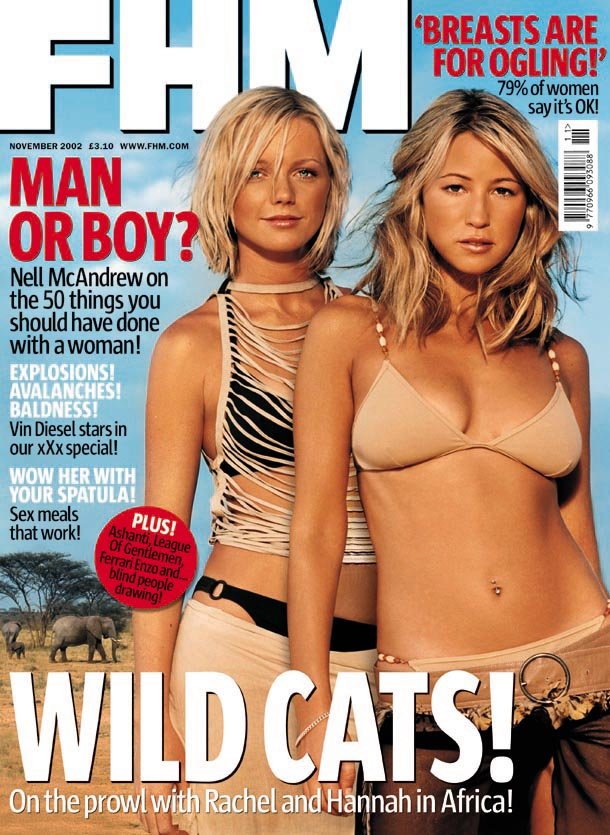 “I love photoshoots, anyway. I find them so fun and creative.

“I wouldn’t worry about showing Amelie and Minnie those shoots because I’m proud of what I did and my career. It was so of-the-moment. I took it for what it was — a bit of fun.”

Despite her stunning looks, Rachel struggled for confidence in her late teens and early twenties.

But she now feels much more comfortable with herself and wants to instil that positivity in her daughters. 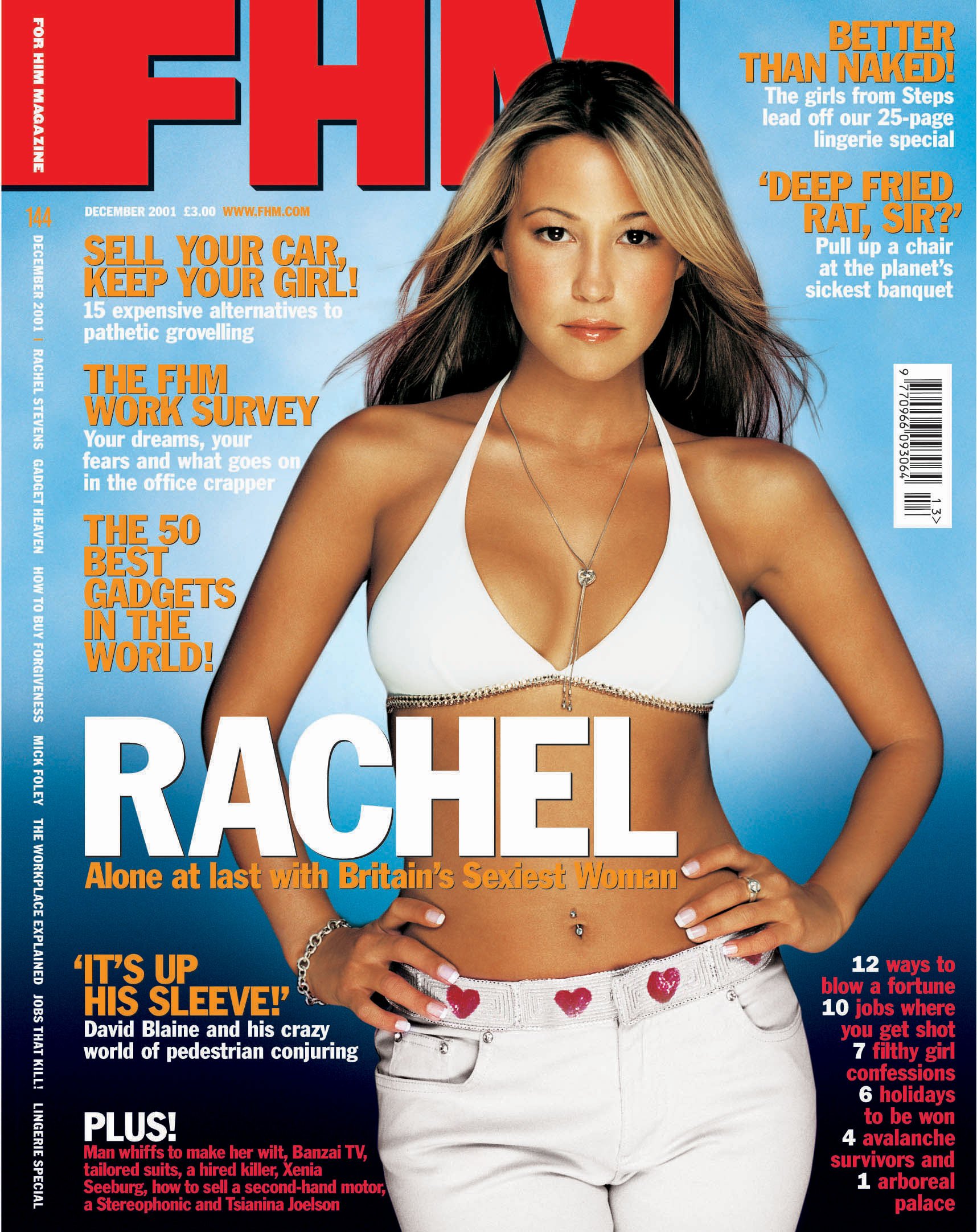 She says: “Looking back, I wasn’t confident really. I’m definitely much more confident now. I know what I want. You just get to know yourself and what you need, don’t you?

“I want to bring my girls up to be confident in who they are and the decisions they make. I want them to have self-belief . . . as rounded human beings. I’ll always be very honest with them. Kids are so emotionally smart — sometimes more so than we are as grown-ups.”

Rachel had just turned 19 when she joined S Club 7. She posed for her first FHM cover in a black leather crop-top and leggings in 2000, aged 22.

Her second shoot came the next year, alongside bandmates Hannah Spearritt, Jo O’Meara and Tina Barrett — each of whom featured on a version of the cover. Rachel’s copies sold out the fastest. 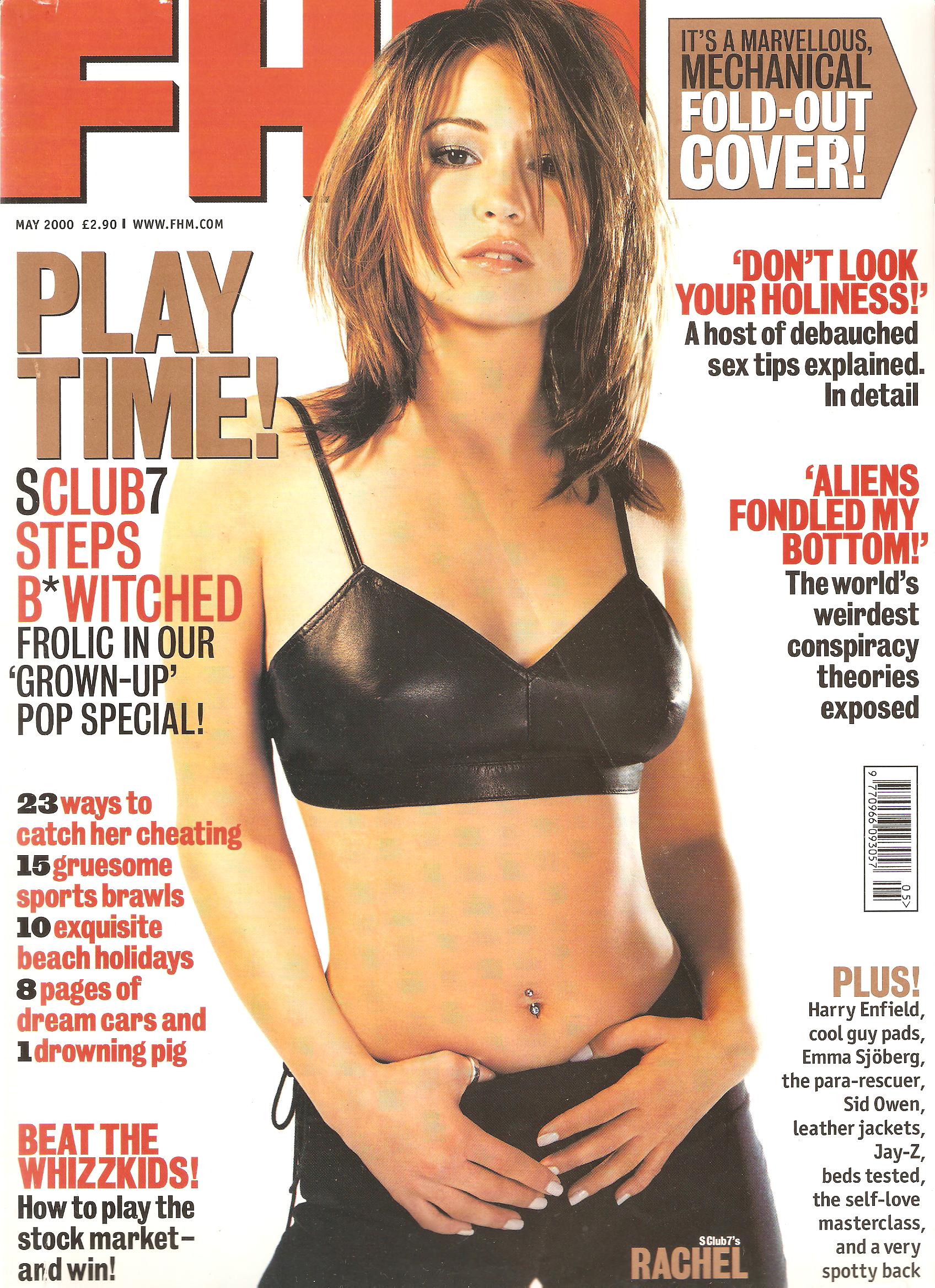 Now she says posing for lads’ mags helped the band shed its squeaky clean image, adding: “When you’re a teenager, you don’t really know who you are.

“You’re just working yourself out and that’s the time I got into the band. We were so protected and managed. So there was a lot of learning and growing to do.

“I’ll never forget our first FHM shoot with all the girls, the four of us. We were marketed at a very young audience, so we had always done Smash Hits, Top Of The Pops and all those magazines before that.

“This gave us an opportunity to be a bit more grown-up and not be so ­smiley, happy, kind of bubblegum. It was a nice opportunity to show another side. 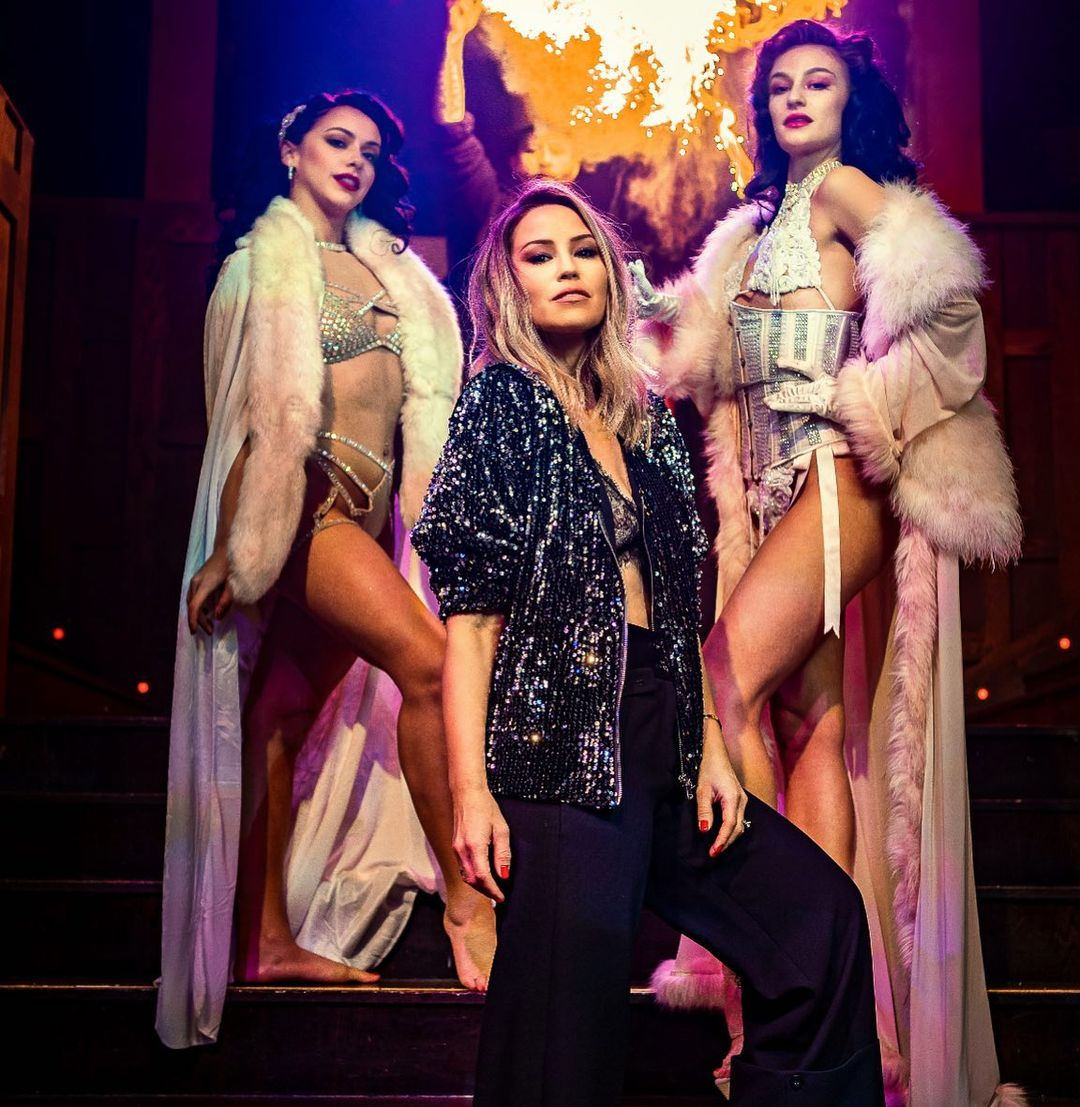 “When you’re in a pop group you’re quite one-dimensional in a way. People like to put you in a little box. It meant we could have a bit more of a play.”

After the band — which also featured Bradley McIntosh, Jon Lee and Paul Cattermole — split in 2003, Rachel pursued a solo career and was ­runner-up on Strictly in 2008.

Her daughters have caught the bug for performing and Rachel is not against them following in her footsteps.

She says: “Amelie has decided she wants to be a singer. Obviously, it could change, as she’s only ten. But she’s passionate about singing. 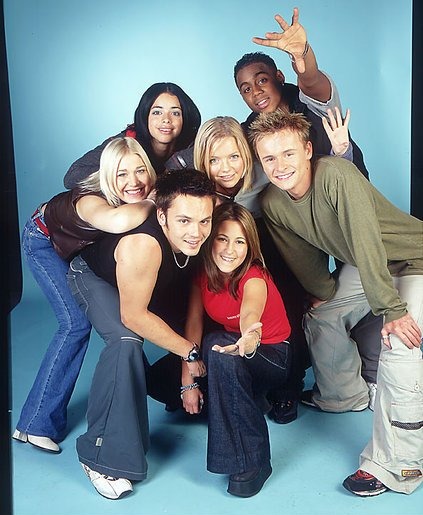 “Minnie loves dancing. She’s saying she wants to be a chef right now. I will support them in whatever they want to do.”

Rachel married childhood sweetheart Alex Bourne in 2009, the year before giving birth for the first time. She says: “We were boyfriend-girlfriend when we were 12. We went out for about four weeks, which is a long time when you’re 12! It was real love.

“As we grew up in the same area, we were in and out of social groups and went out again when 15 or 16 then parted for years.

“We randomly bumped into each other when we were in our late twenties. We got to know each other again and when I went off to LA, he came out and that was that. 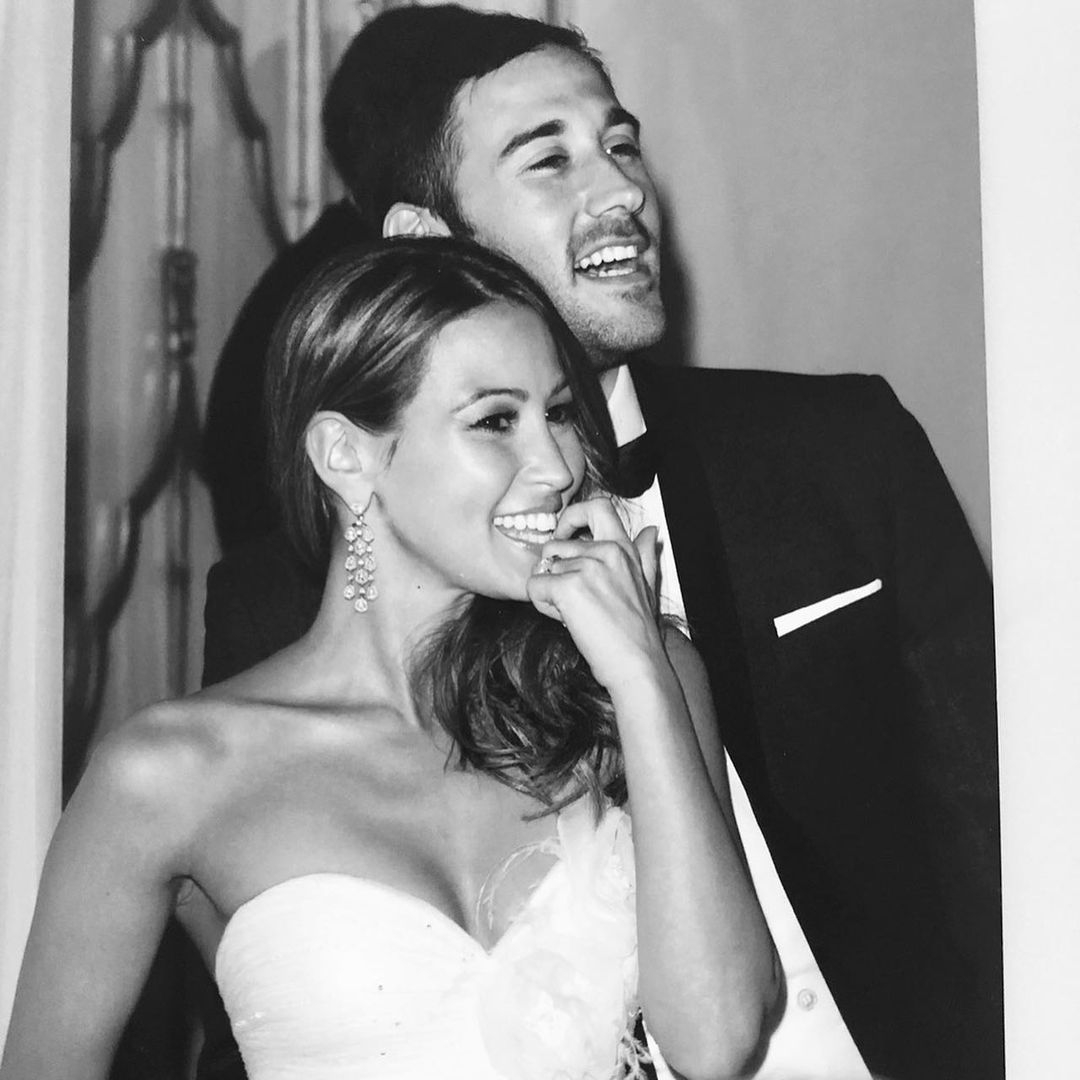 “His mum was like, ‘I knew when you were 12 you were going to be (together) and Alex says he did too, which is very romantic.”

This month Rachel is performing at Cabaret All Stars at ­London’s Proud Embankment on Tuesdays and Wednesdays.

It is the first time in more than a decade she has sung her solo tunes including Sweet Dreams My LA Ex and Funky Dory.

Despite her chart success — including four No1 hits with S Club 7 — she has nerves about taking to the stage. 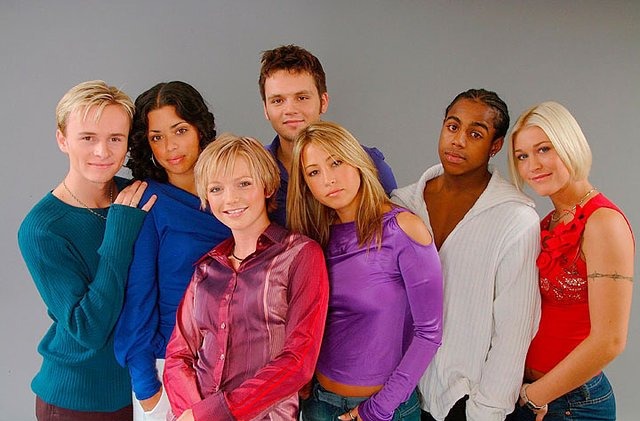 Rachel says: “I always get nervous. But I’m excited. It feels like I’ve not performed my own solo stuff for a long time. So that’s really exciting and a bit of festivity.

“I think we all need a bit of Christmas in our lives.”