A WOMAN who makes personalised baby clothes has revealed some of the most unique names she's ever come across.

The employee, who works at Lavish Little Style Baby, shared a video to TikTok in response to a social media user who asked her to share some of the weirdest names she's ever been asked to customise. 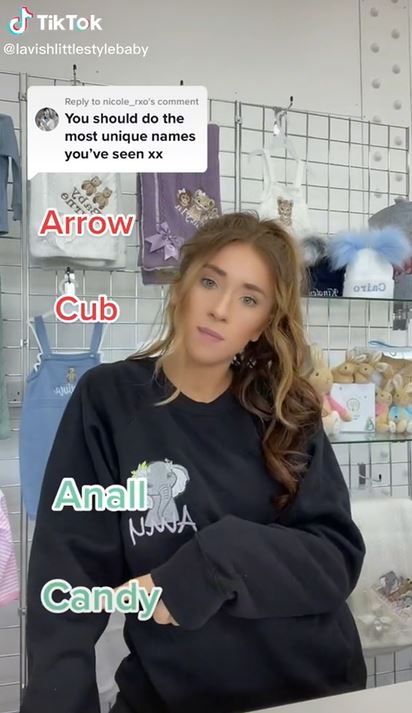 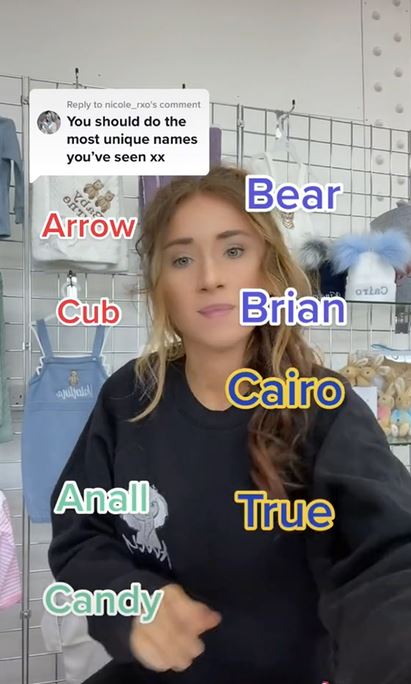 She could be seen standing in front of some of the adorable items the store sells and began reeling off a list, which included: "Arrow, Cub, Anall and Candy."

But she didn't stop there…also making the list was Bear, Brian and Cairo.

Finally, it looked like a parent had taken inspiration from Khloe Kardashian and named their baby, True.

And it wasn't long before social media users took to the comments section to express their verdict on the list – with some sharing some of their baby's rather unusual monikers.

3 major bonuses YOU get for Queen’s Platinum Jubilee weekend

"My daughter's called Roma but I’ve never seen anyone else with her name I don’t think it’s unique though," wrote one.

A second commented: "Awww my little man is Cairo."

A third penned: "I thought my Karlyle would be on your list lol."

Meanwhile, a fourth added: "My son is called Rexley! I think he might be the only one."