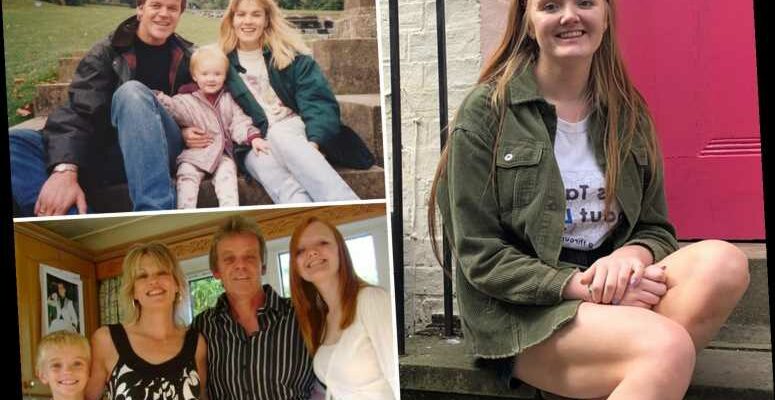 WHEN she was just 16-years-old Milly Stubbs was left devastated by the sudden death of her father Nic at the age of 51. 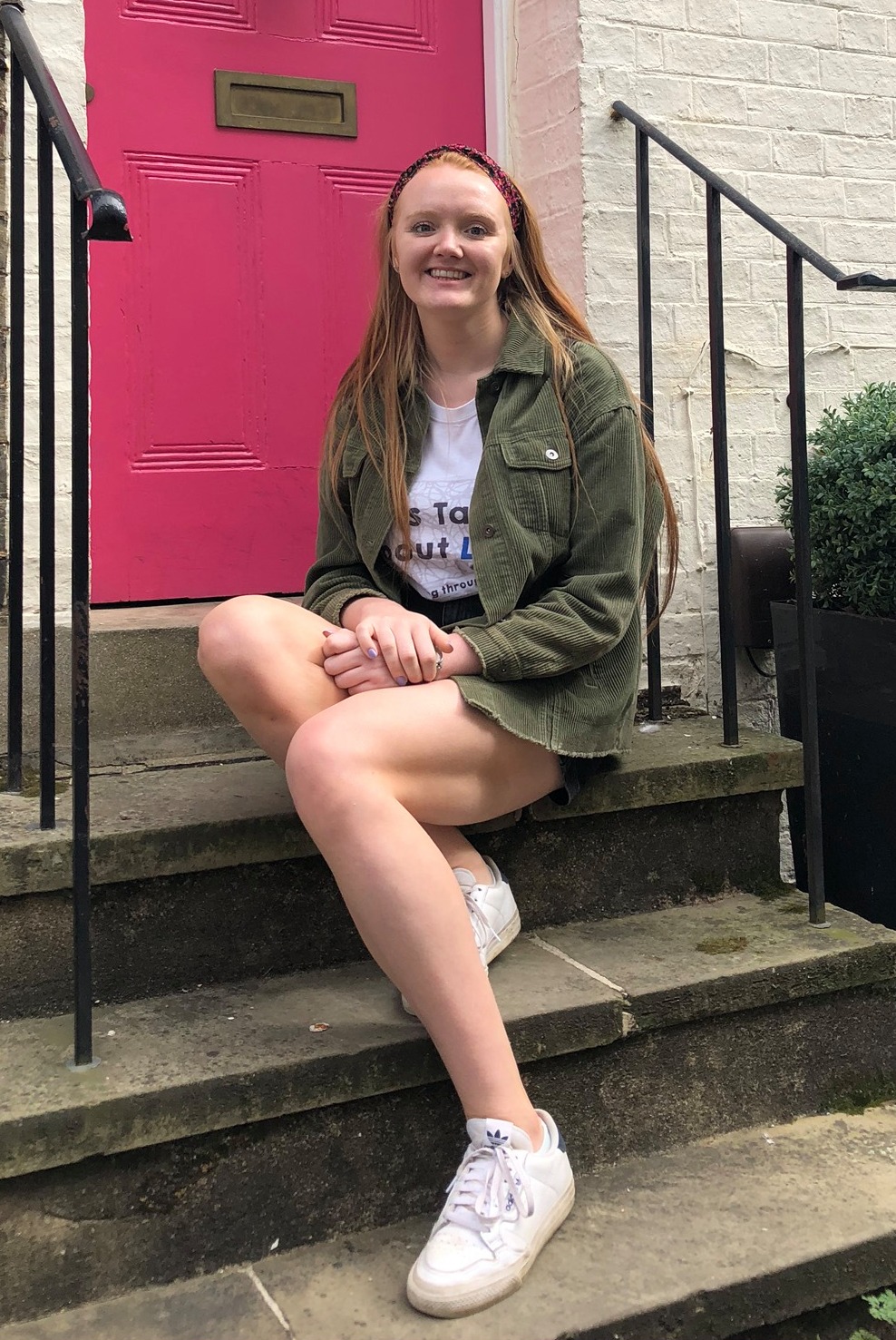 At 52, Milly’s mum Claire lost her battle with pneumonia, leaving Milly and her brother Max, then 21 and 16, orphaned.

Speaking to Fabulous Digital, she says: “I couldn’t believe it. I still can’t really believe it even though it’s been five years.

“You don’t think you’re going to lose a parent at a young age anyway so to lose two is incomprehensible. 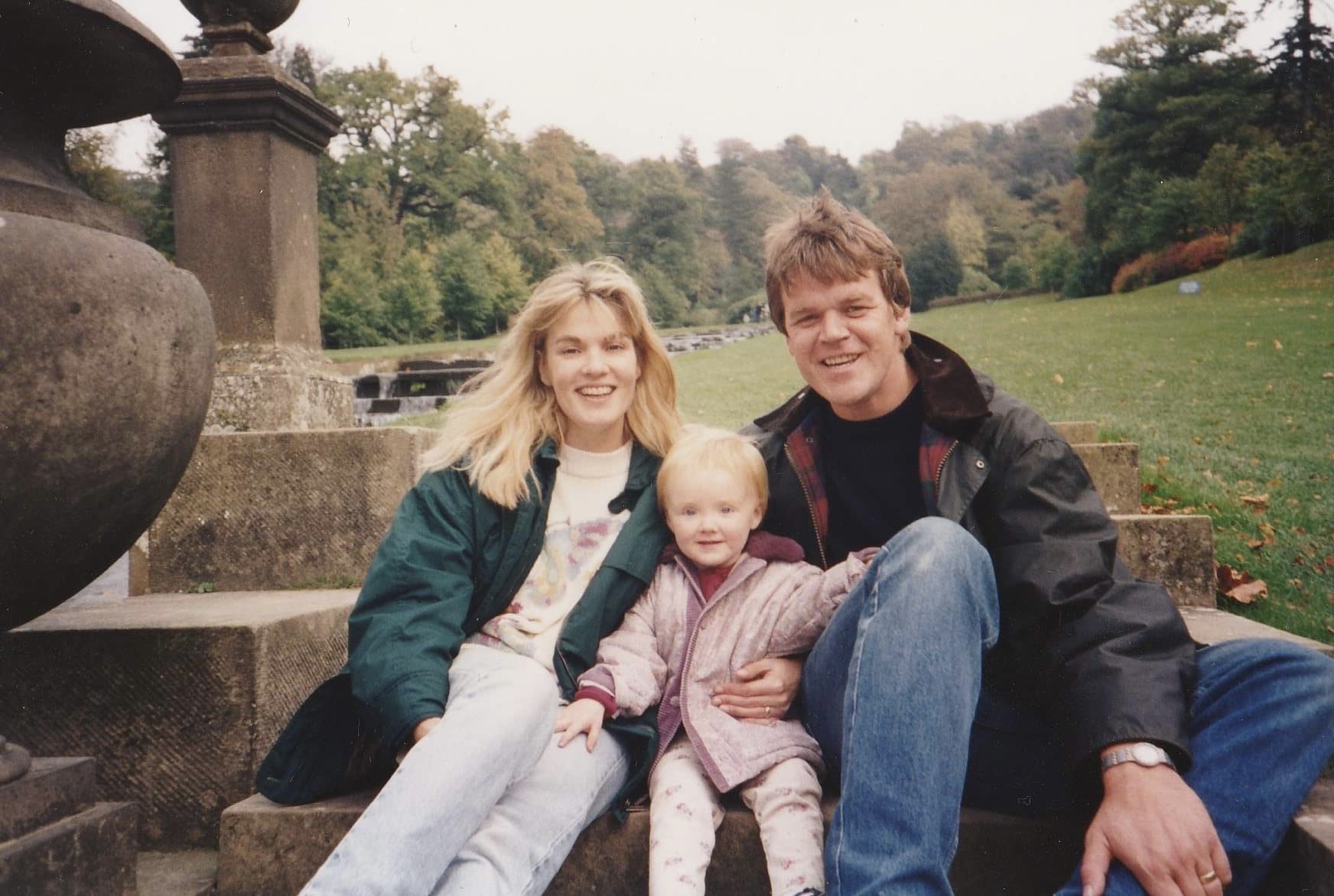 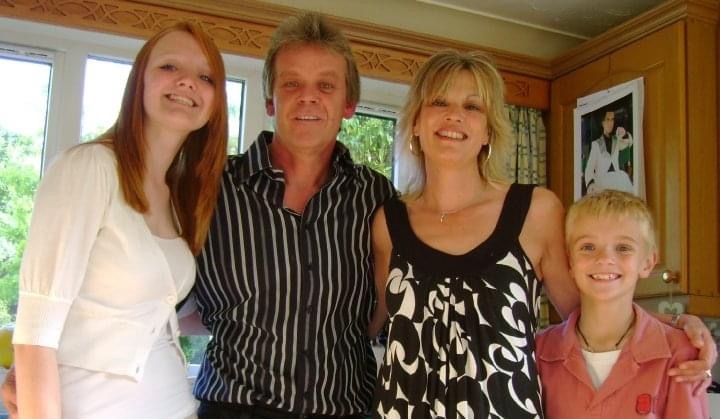 “I remember when my mum was in the intensive care unit I just said to my brother ‘it can’t happen again, don’t worry she’ll get through this.’

“And then it did happen again and I was just in disbelief.”

Milly had been preparing for her GCSE’s when her “hard-working” dad died suddenly of a heart attack back in 2010.

“It was a huge shock because it was so sudden” Milly recalls, “I was devastated.

“It was especially hard to watch my mum cope with losing him as well.

“I had to be as much as support to her as she was to me.”

But despite her grief, Milly remembers her mum’s joie de vivre above all else.

“My mum was really sociable and fun and always had a smile on her face” she says.

The family had just begun to adjust to life without Nic, when Claire developed a ‘bad cough.’

“There were a number of complications with my mum” Milly explains, “She had a bad cough for a while, but we didn’t think it was anything sinister.

“It turned out that she had pneumonia. She went into hospital where she was in intensive care for maybe a day or two. 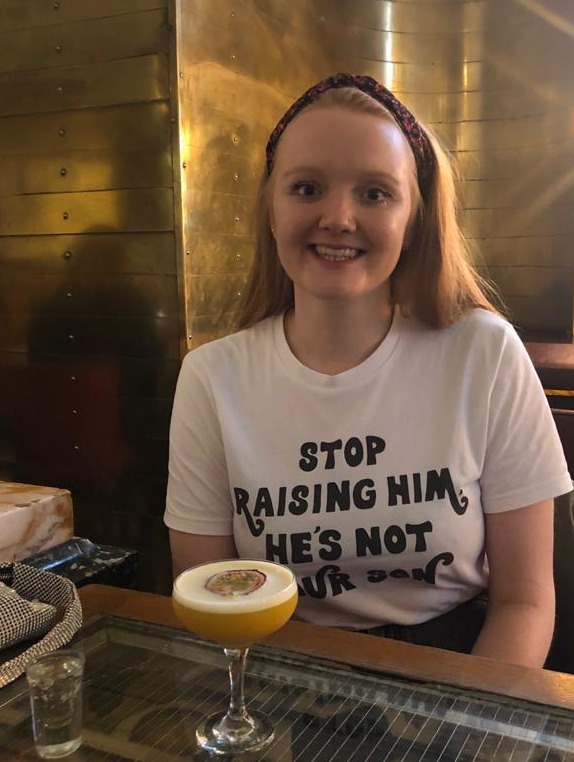 But at 52 Claire passed away after suffering multiple organ failure brought on by the pneumonia.

As well as grieving the loss of her beloved mum, Milly was suddenly faced with organising her funeral as well as caring for her brother Max who was just 16 at the time.

She explains: “I felt like I had to ‘be the mum’ and take on a parental role in the house because it was just us two living together with our dog.

“He was 16 and mature for his age but I felt like I was responsible.”

Claire’s death came just a month before Milly was due to graduate from university, an additional blow for her.

“My mum had been so excited to see my graduate, and my graduation was only a month after she died” she says. 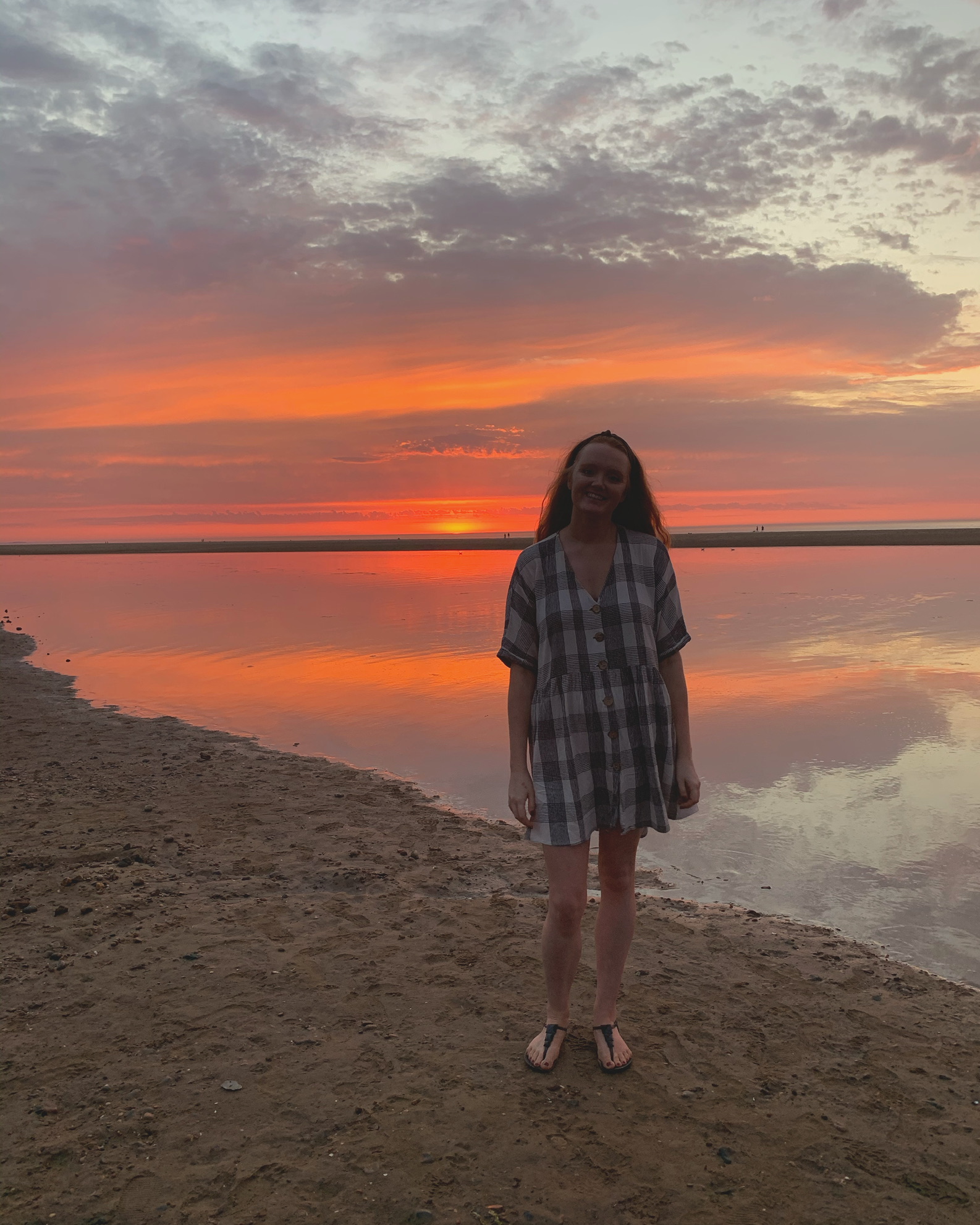 “I just know she would have loved to see that.

Following her graduation, Milly had initially planned a gap year to go travelling, but her plans were put on hold as she raced to her brother’s side.

She came home and lived with her brother, distracting herself as much as possible by throwing herself into a full-time job at a hospital.

Then in May the following year she had saved up enough money to go travelling for three months, and she followed this up by enrolling on a masters degree.

But Milly’s hectic schedule eventually became too much, and she admits she needed to take time to grieve properly and process her loss.

“My mum’s death didn’t really slow anything down at the time but it has slowed things down now” she says. 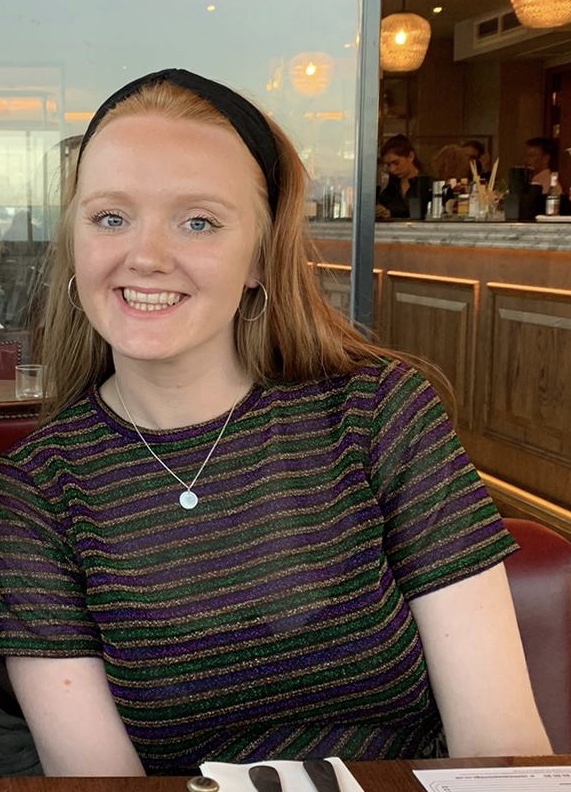 “I have had to take some time, they call it interruption to your studies, because I think everything just hit me really.

“You’re just in such shock. After mum died I had all of the funeral arrangements and paperwork to distract me.

“I then worked at the hospital for a year and focused on that, and then I moved on to travelling and then was straight on to my masters.

“And eventually everything just got on top of me.

“I’ve always been a night owl but my sleeping pattern got out of control, I was more or less nocturnal.

“I found myself turning to food for comfort so I started binge eating.”

In March 2017, Milly visited the doctors where she was diagnosed with depression and prescribed antidepressants.

But Milly admits that what she really needed was someone to talk to.

“I’m really lucky to have a really good group of supportive friends, but they haven’t been through it, thank God” she says.

“So they obviously can’t really relate to it, so it’s not the same as talking to someone who can.”

In November 2019, Milly helped to start up a Let’s Talk About Loss group in Cambridge 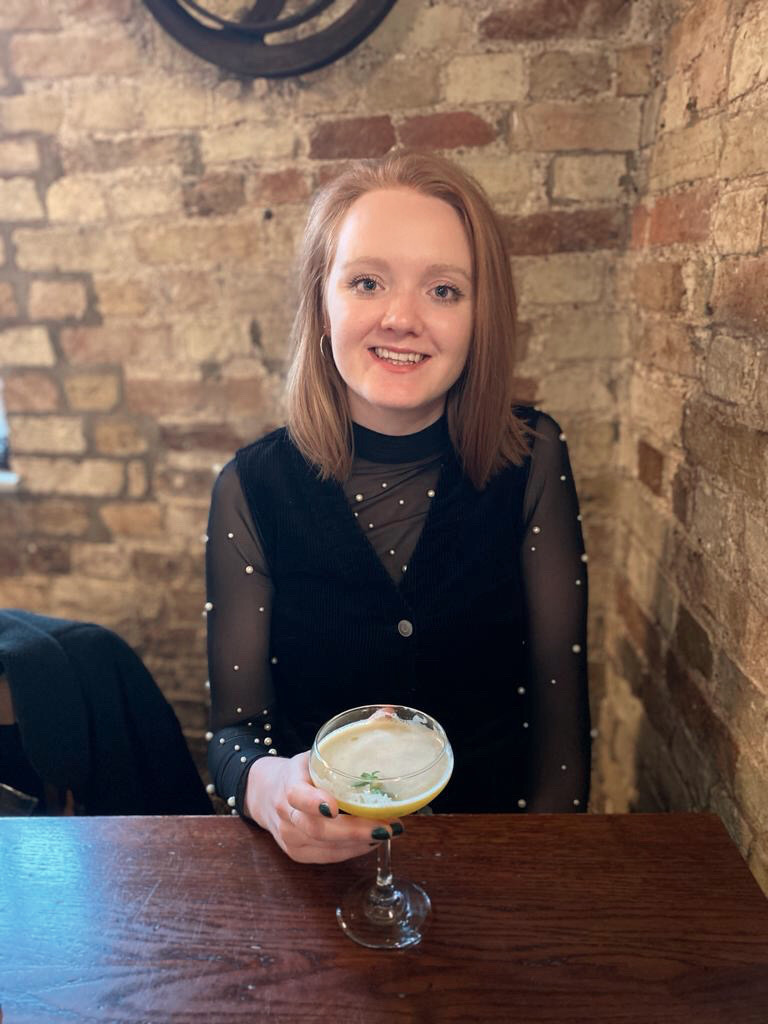 There are over 20 groups across the UK arranging group activities and social meets for other young people between 18-35 who have lost somebody, something that has been invaluable to Milly.

“It’s funny because you don’t want anybody else to feel how you’re feeling but it’s comforting to know that you’re not the only one who does feel like that” she says.

“There’s no normal way to grieve, but the group made me feel normal again and that’s very comforting.

Milly wants to encourage others who have suffered loss to reach out for help.

“Know there is support out there and there are other people that feel like you do” she urges.

“Don’t suffer alone, there is help out there and it can get better. Grief isn’t something you get over, it’s something you work through.

“It’s cliche but it does get easier to deal with over time.”

In other real life news, this woman was gutted that her dad never met her fiance, then she found a photo of them all together when she was five.

And this mum revealed how she was in £50,000 debt before she turned her life around.

Plus this mum who downed two bottles of wine a night has revealed how she got sober.