DESPITE being a successful teacher, Pippa, 30, spent years battling alcoholism that pushed her into crippling debt and even saw her hospitalised.

Here, she reveals the truth about being an alcoholic. 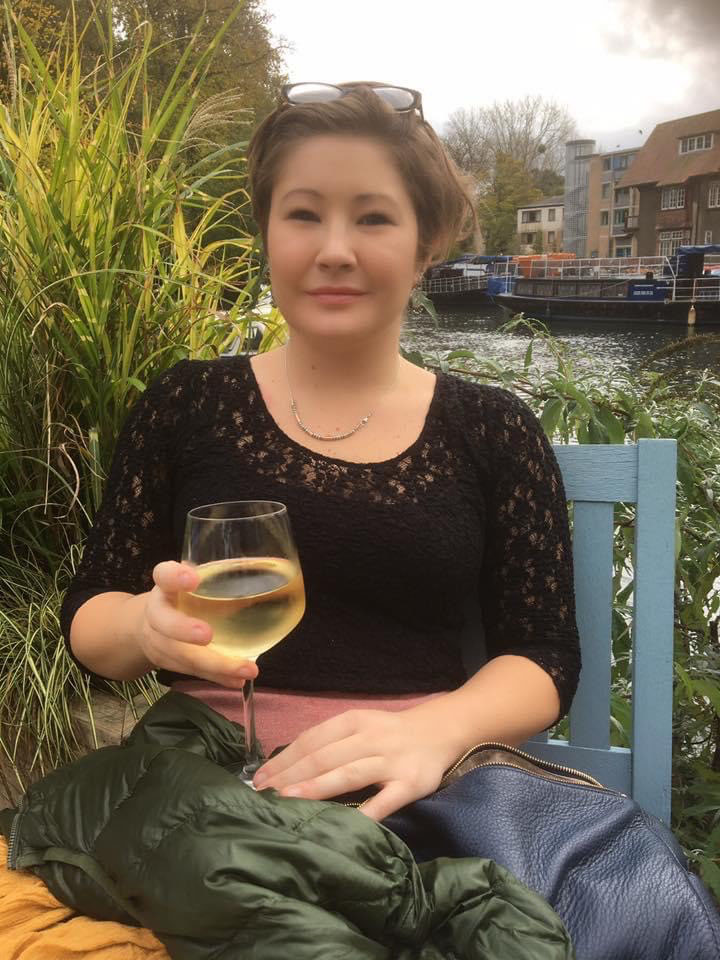 Staring down at my phone, I felt panic welling up inside. It was the morning after the night before, and a colleague had texted to say she needed “a break from me” after the way I’d behaved. Yet again, I’d woken up with no recollection of what I’d done.

I was 13 and growing up in Epsom, Surrey, in 2003, when I first sipped an alcopop. Immediately, I loved the way it made me feel. I began drinking every weekend, hiding it by staying at friends’ houses.

My younger brother Matthew, now 28, and mum, Linda, 60, barely drank, but my dad Robert, 60, struggled with a life-long alcohol addiction and would often embarrass Mum at parties.

By the time I went to Swansea Uni in 2008 to study geography, I’d drink a bottle of wine before going out, then follow it with £1 drinks at student nights. I would often black out and was forever waking up with bruises, having lost my bag or phone.

My mates found me entertaining – but I didn’t realise I had become the butt of the joke. The next morning I’d feel ashamed, having to piece my night together by looking at social media.

One time I forgot my keys, so shimmied up a drainpipe into my first-floor window. In my drunken state, I took my dress off so it wouldn’t get dirty. I ended up falling 10ft, injuring my neck and being treated by paramedics in my underwear. 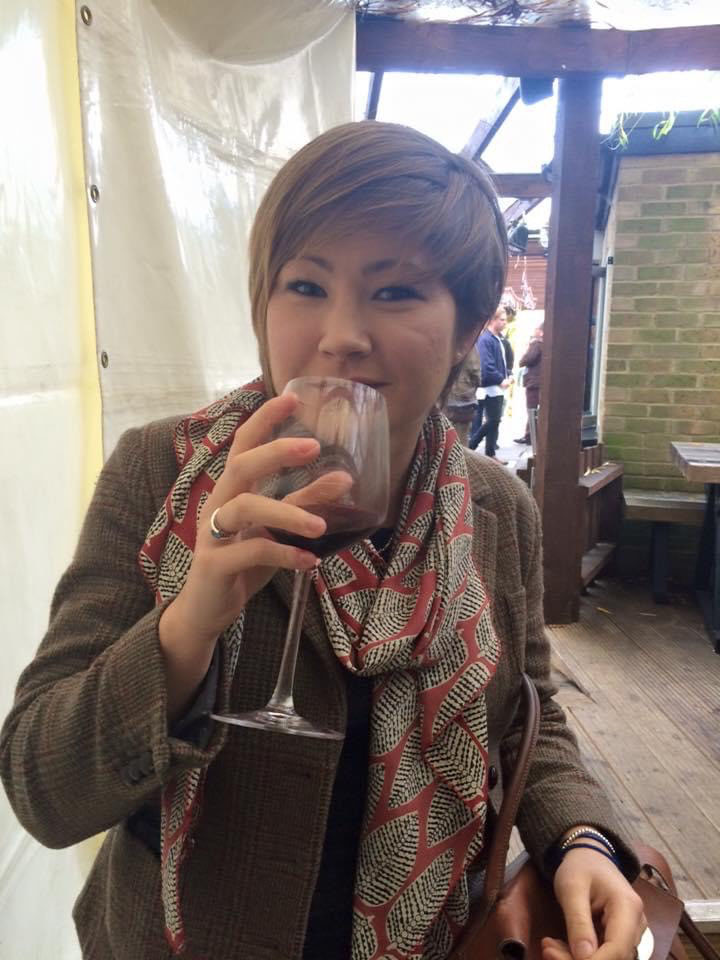 The hospital rang my mum and she was so angry with me we didn’t speak for days, although luckily I didn’t suffer any lasting injuries.

By 2010, I was starting to feel anxious and depressed, so the university counsellor referred me to an addiction centre. But I was scared off by the 12 steps to sobriety, and only went twice.

I convinced myself I was having fun, and hid the issue from my family.

I was proud my dad had gone sober the year before, but it was a really awful time, as my parents got divorced and then my best friend Jeremy died suddenly of a brain haemorrhage. I drank to forget, putting away several bottles of wine a night with the other bar staff.

I went back to university to do a PGCE in 2012 and the following year, aged 23, I got my first job as a teacher in London. But soon Friday night after-work drinks turned into Thursday too, then every night of the week. 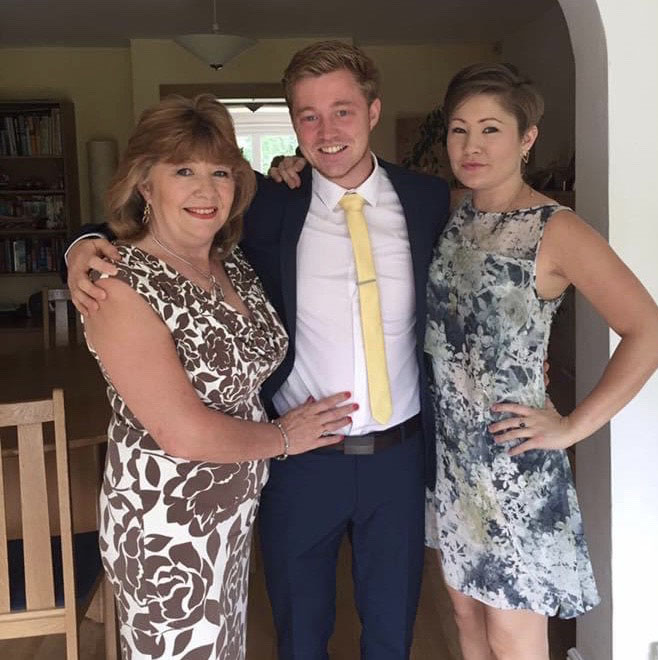 By the end of the working day, I’d have the shakes. I’d skip dinner and drink a bottle of wine at the pub with colleagues, before knocking back another bottle in my room.

Mum didn’t know the extent of my problem but would try to talk to me about my drinking, saying alcohol didn’t agree with me. I hid a stash in my wardrobe, keeping the empty bottles under my bed and driving them to the recycling centre in secret.

I ended up getting together with one of my colleagues Adam*, now 50, that same year. We would go out exploring local pubs after work, but he soon began to challenge me about how much I drank and we’d argue.

Hangovers left me with pounding headaches and pains in my kidneys, which worried me, but I tried to ignore them. I’d always get to school on time and put a smile on my face, relying on sugary snacks and coffee to get me through the day.

During weekends, I’d stay home alone drinking, or go on nights out with Adam where I’d do secret shots at the bar without him, as my drinking was now a constant source of friction.

Because I’d wait until the evening to drink, I fooled myself I was OK. I always managed to pull a brilliant lesson out of the bag when I was observed, and every year I’d do well at my appraisal and get a pay rise. But inside I was anxious and down.

I’d embarrass myself at end-of-term work parties, then spend the holidays cringing. Once, I locked myself in the bathroom crying, saying that no one liked me. And at a colleague’s wedding, I fell over. Adam was furious and said he wished I would just stop drinking. I’d feel awful but then carry on.

My finances were also out of control, as I was spending around £400 a week in the pub on £30 bottles of wine, drinking two or three a night at least five nights a week. I lived in my £4,000 overdraft and had two credit cards.

Then, in September 2019, I got a new job in another school. It was a big, stressful promotion, and I began to drink even more. Back at my mum’s I’d have three bottles of wine every night until I passed out. 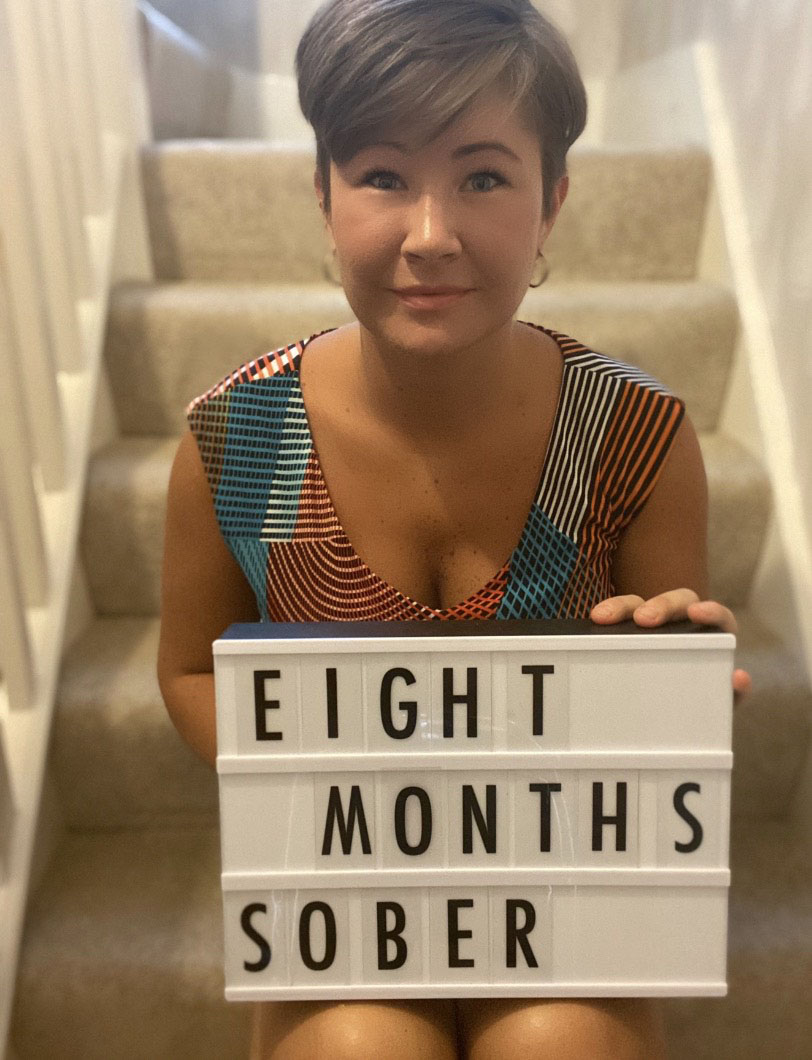 I knew I had a problem, but I couldn’t face up to it. If my friends or my mum tried to talk to me about my drinking, I’d change the subject.

By Christmas last year I’d hit rock bottom. I got really drunk at a work do, blacking out after 8pm. I was too scared to ask what I’d done, but my colleague said I was a danger to myself.

When she sent that message saying she needed time off from me, it was the final straw. I sobbed as I realised if things carried like this, there was no point in living. Something clicked inside me and I made a promise to myself to stop.

I went to my GP as I thought I’d need help with the physical withdrawal, though strangely, I had no symptoms. I didn’t take any medication but I signed up for counselling. 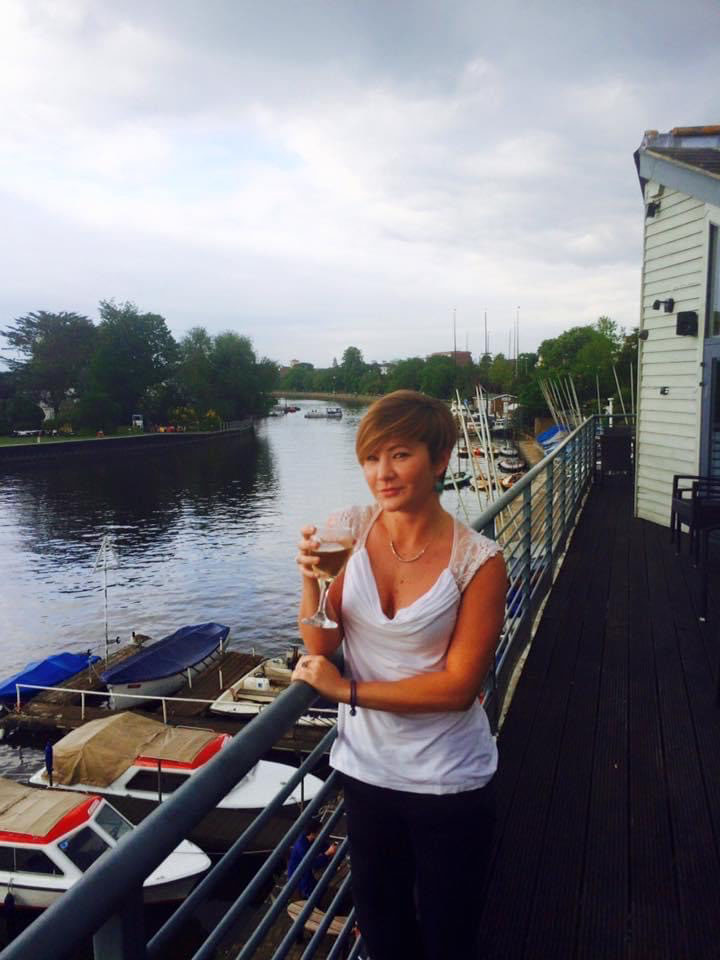 Although my family and Adam hadn’t realised the extent of my issue, they knew booze had taken over my life and were relieved to see me stop.

And 10 months on, I haven’t drunk once. A week after I quit, I went to a bottomless champagne lunch but didn’t touch a drop. I got through the festive season sober, and have even stuck to it through lockdown.

Some people might find it hard to get their head around, but after my last big work night out, I found a resolve I never knew I had. I created an Instagram account to hold myself accountable, and use it as a diary to track how I feel.

Of course, there have been times that I’ve really craved a glass of wine, but I call my dad for a chat – he’s been there and can talk me through it.

The therapy has helped and I found a brilliant network of like-minded people called Sober And Social online. Now I go to meet fellow “soberistas” at picnics and mocktail-tastings alone – something I never would have had the confidence to do before.

I’m finally out of my overdraft, I still live with my mum, but I’m saving for a deposit on a flat. I’ve also dropped a dress size and am now a size 10-12. When I look at old photos I can see how bloated my face was from all that wine.

My relationship with Adam is stronger than ever and even better than getting my life back on track, is my new state of mind. Being sober is like that feeling you get when you find a forgotten £20 note in
your back pocket – just every single day.

*Name has been changed