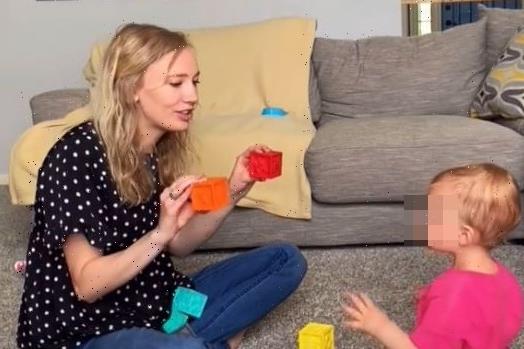 A MUM has revealed the top tips a speech therapist gave her for getting her kids speaking sooner.

TikTok user @thatbamfam shared how a simple game with coloured blocks can be a huge lesson for youngsters starting to talk. 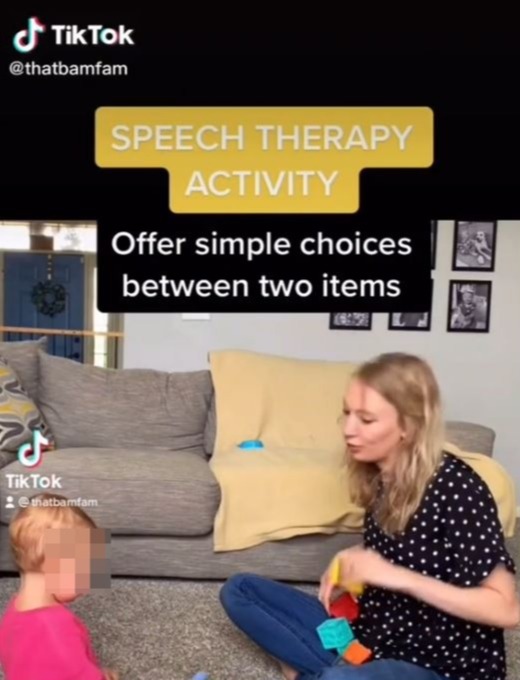 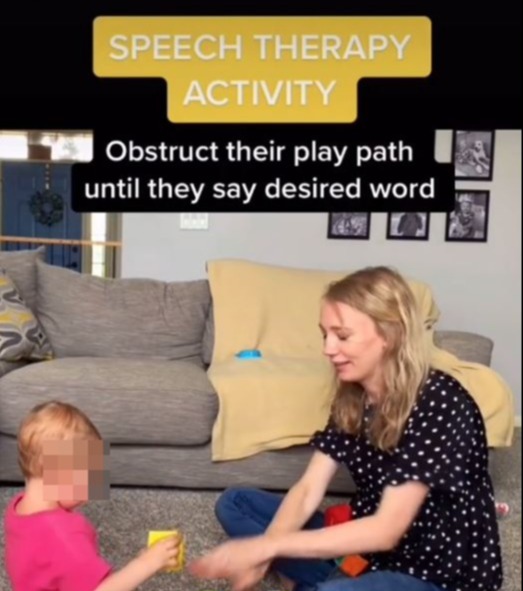 She wrote in the caption: “From our awesome speech therapist!! (Also it is supposed to be fun, if they are stressed out, take a break!)”

The mum explained how the first tip is to offer them a choice between two different blocks.

In the video she can be seen holding up two blocks and asking her two-year-old daughter: “Yellow or red? Which one?”

The little girl can be heard saying “yellow” as they reach to take it.

The mum said of the second lesson: “Obstruct their play path until they say desired word.

“Don’t give in until they at least attempt a word.

“Repetition and patience is important.”

Many people were impressed with the tips, with one saying: “Oh I needed you. Thank you.”

Another added: “Love these.”

However, one said they didn’t think it would work for them, and added: “Mine would cry if he doesn’t get the block.”

Each child’s development is different, but Dr Amanda Gummer, psychologist and founder of GoodPlayGuide, said: “Ten words by two is a good benchmark.

“Most children will have at least that.”

If a health visitor finds a child hasn’t reached that level by then, they will refer them for further tests like a hearing check to screen for conditions that could be delaying their language development.

There are also very simple yet powerful techniques parents can use to promote talking. 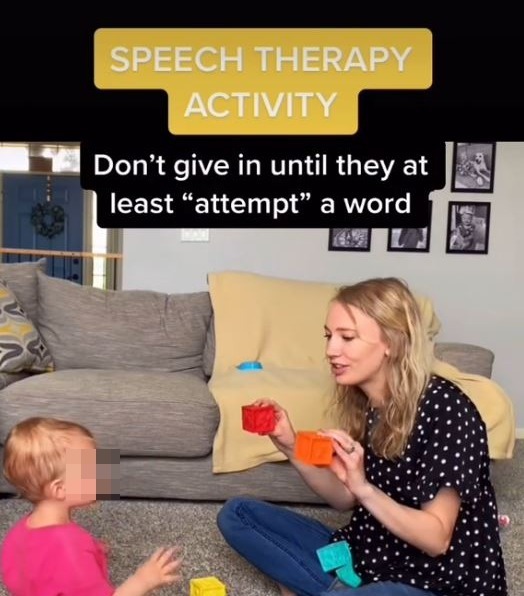 We shared to a child expert on the milestones your kids should be hitting – and why speaking in full sentences at two is vital.

Meanwhile, a mum shares phone hack she reckons all parents need to know about for an emergency.

Also, a mum shares clever hack for getting her fussy child to finish their dinner & adults are saying they want it too.