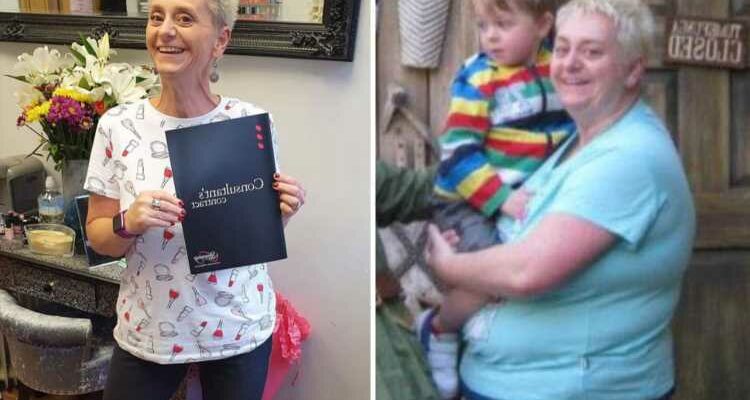 ONE WOMAN has opened up about her incredible weight loss as she dropped from 18 stone to just 10 stone.

One morning, Molly Gallagher, 48, realised she couldn’t bend down forward enough to put her socks on. 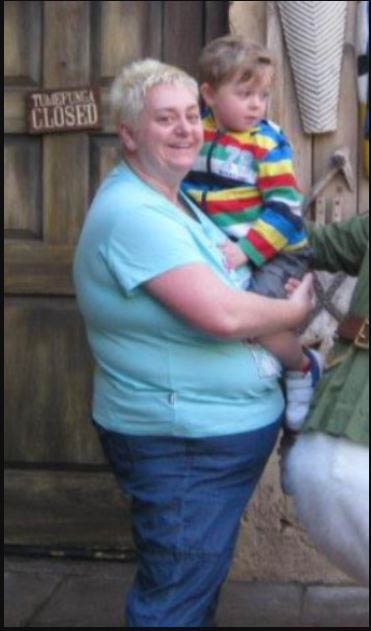 This was a wake-up-call for Molly and encouraged her to join Slimming World.

By doing this, Molly was able to lose half her body weight.

The mum-of-two from Maesteg, Wales, revealed that being overweight had always been an issue during her life.

She told Wales Online: "I was finally spurred into losing weight after getting ready for work one morning and realising I wasn't able to put my own socks on.

"I was sitting on the edge of the bed getting dressed and couldn't bend forward enough because my stomach was in the way.

"I had to wriggle around on my back until I'd succeeded getting them on – it was exhausting.

"And by the time I eventually arrived at the office I went straight into the toilets and burst into tears."

Molly is open that she was always the biggest among her group of friends – who were all either size eight or 10.

As a size 10, Molly was very self-conscious and would dread going out.

And if she ever did go out, she would overcompensate with lots of dark make-up and outlandish clothes.

Molly said that: "I was a bit of a goth back in the day and that image became like a shield for the real me to hide behind.

"Deep down though I was a walking contradiction and couldn't go into a pub without worrying that people might stare at me."

Molly revealed that her mum and sister also struggled with being overweight during their lives and became diabetic – meaning she was also worried she would get ill.

She blamed being overweight on her eating habits as after work she and her partner John often ordered takeaway food.

But after her neighbour joined Slimming World, Molly then did the same.

Molly managed to lose six stone in the run-up to the first Covid lockdown, by doing sport and eating well.

However, when she started working from home and exercising less due to gyms being closed, there was a slight relapse.

She then found the strength to get back on track and is now incredibly happy with her weight loss.

Molly said: "I just knew I had to stick to the plan – I needed to change and that's what Slimming World is.

"It's not a diet, it's a lifestyle shift. It's about setting your own targets and making better choices. Nothing's off limits provided you stay within your daily allowances.

"It's not hard but you've got to want to do it, and I'm proud of what I've achieved. I'm also a whole lot happier for having done it." 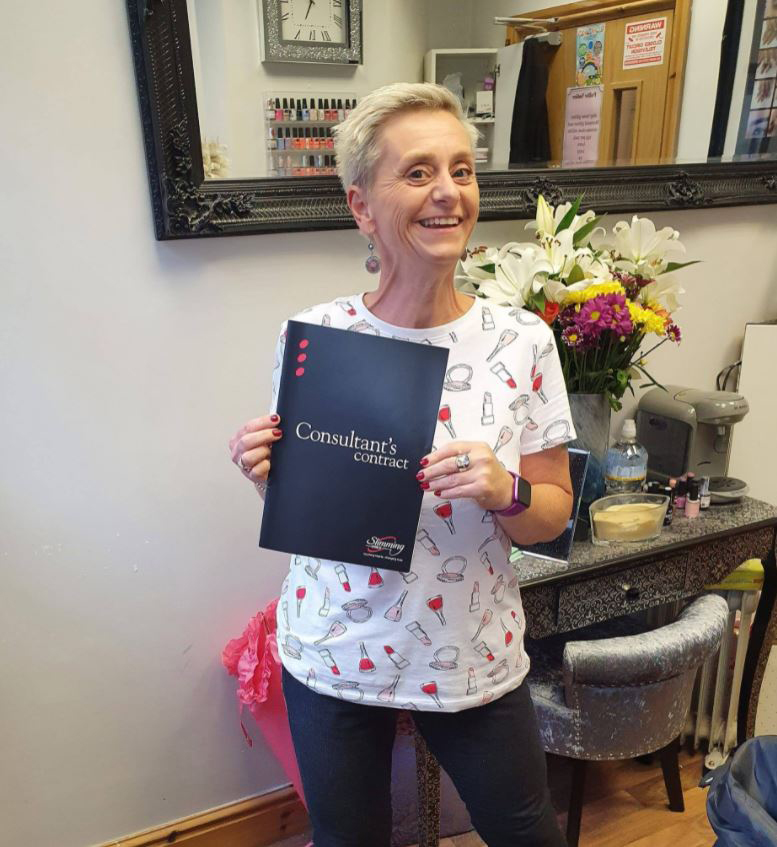 Meanwhile, size 10 woman fuming after she buys ‘large’ leather leggings from Zara and they barely go over her bum.

Also, I’m a size 8 model and am told I’m too fat because I put on weight – fashion bosses said they want to see my bones.