A WOMAN'S left in tears after her boyfriend's first attempt at using a tattoo gun goes horribly wrong.

This TikTok user posted the fail on her social media, captioning the video: ''life is temporary this unfortunately isn’t.'' 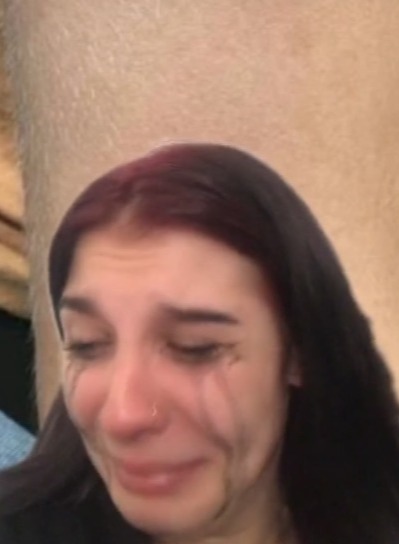 According to her, she had requested a cute smiley face, which the boyfriend had promised to deliver.

But the girlfriend was left in tears as she discovered that instead he had tattooed a wonky smiley face with ''RAD'' written on top.

''Mistakes were actually made,'' she revealed in the video.

Despite her reaction, there were users who didn't think it was that bad.

''wait it’s kinda cool tho i’d be happy with that,'' commented one.

''no i love him so much,'' another praised the boyfriend.

Some users also tried to comfort her, claiming the tattoo can be fixed.

''I don't think it's gonna last that long so don't worry sweetie,'' a TikTok user added.

Others were confused as to how he messed it up so badly: ''THAT TATTOO LOOKS SO SIMPLE???''

Meanwhile, man’s rose tattoo mocked for looking much ruder that he intended.

For more tattoo fails, read about this woman who wanted ‘semi colon’ tattoo on her neck – the artist did it backwards, when they tried to fix it it ended up huge.

Plus, one tattoo artist messed up a dainty ankle inking so badly it looks like it was done with a sharpie. 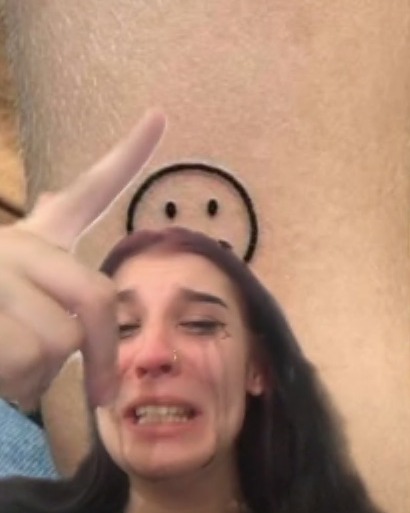 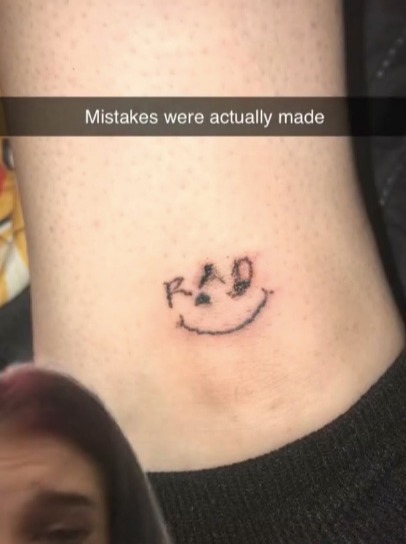