Last month comedian Jack Whitehall allegedly joked he “let the spark go” with an ex-girlfriend because he’s “not good at sex” – days after he snogged actress Kate Beckinsale. 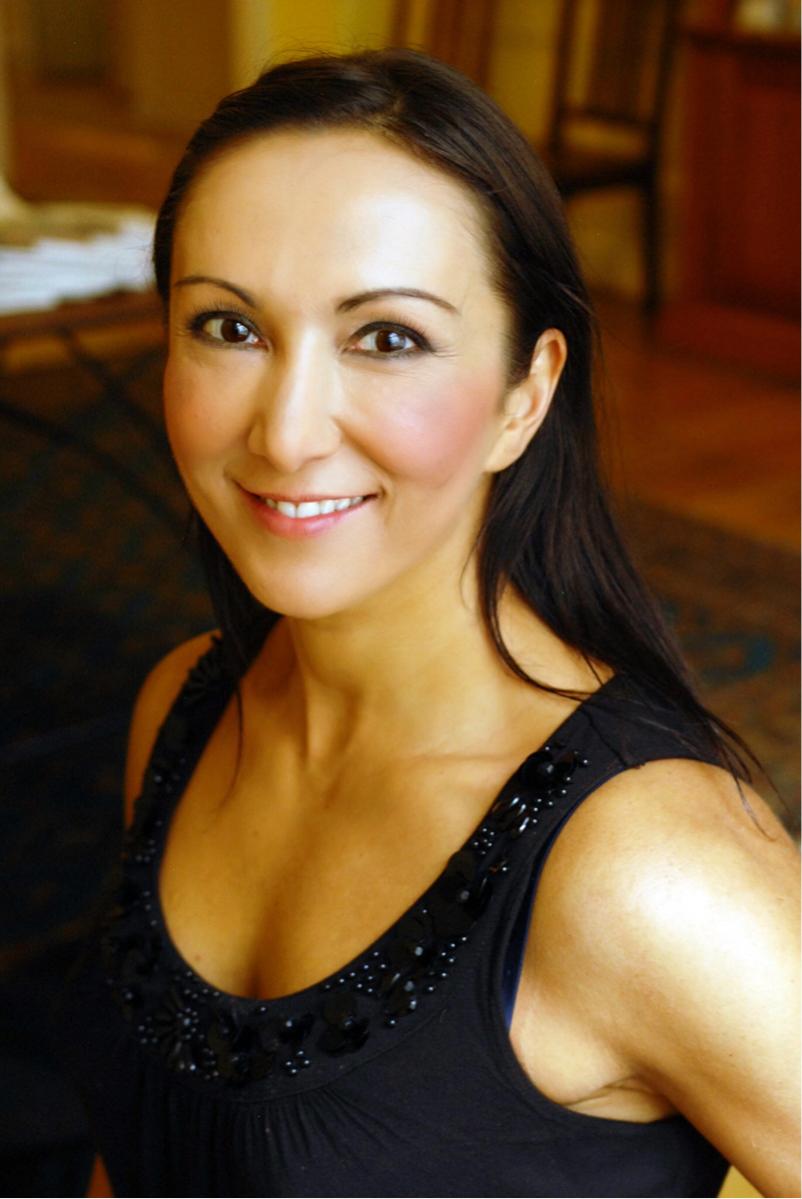 Here writer Nilufer Atik, 43, from London, admits she called it a day with a former partner because he was shocking in the sack – and thought licking her eyelids was perfectly acceptable foreplay…

GOOD looks, a quirky sense of humour, and plenty of cheeky charm. These are the qualities I'd always looked for in a man.

And when I met Robin* after first moving to London in my early 30s, he seemed to possess them all. Tall and athletic, he also gave great massages and could cook. On paper, he was ideal boyfriend material.

We'd met at a party and I was initially drawn to his piercing green eyes and sexy stubble (I love a good stubble). We exchanged numbers but I wasn't sure if he fancied me yet, so we hung out as friends at first, going to comedy shows, concerts and the cinema together. 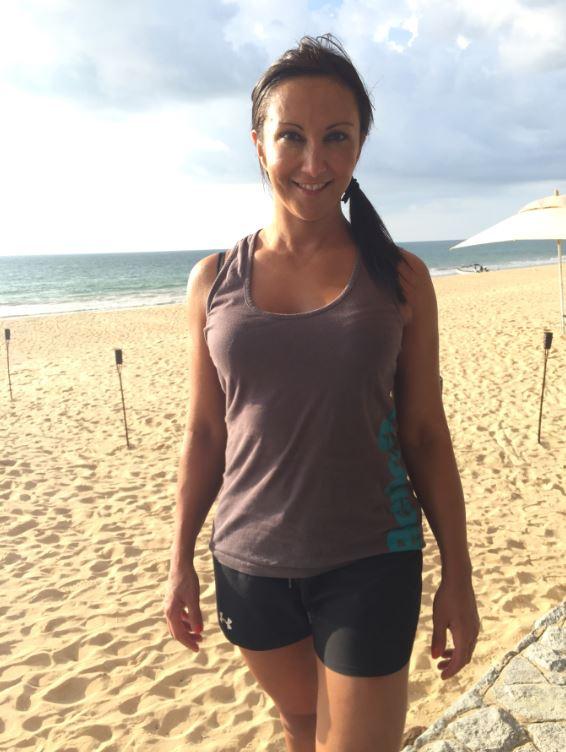 Robin was really easy to talk to and didn't seem like the other guys I'd met in London so far. He wasn't a player and was really close to his family, which made him good at listening whenever there was something I needed to talk about.

Instead of sighing and rolling his eyes whenever I moaned about period pains during the time of the month, he'd have a hot water bottle and my favourite chocolate treat waiting for me when I popped round. He was thoughtful like that.

And because he only lived a twenty minute walk away from me, I popped round quite a bit – especially when my two female flatmates at the time fell out and began using me as a referee.

One evening, when I came home from work to find the girls slamming doors and screaming at each other, I packed a bag and strolled down the road. 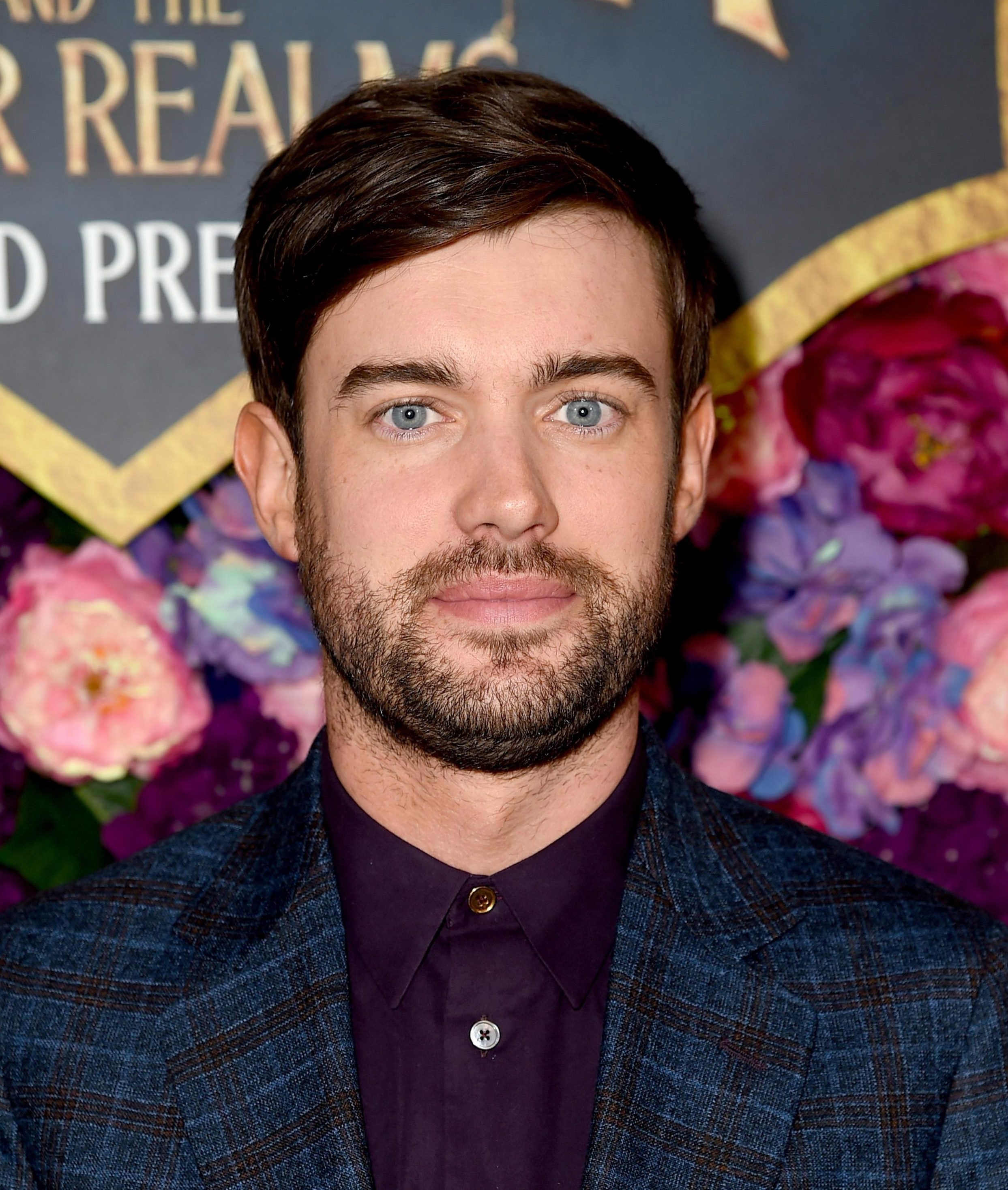 Robin was surprised when he opened his front door to see me standing there, soaking wet from the rain.

“Er, sure, yes… come in,” he stuttered, looking nervous.

I panicked. Did he not want me there? Or worse, was he seeing someone else and hadn't told me?

But when I stepped into his living room and saw three blokes huddled around a dimly lit table holding cards, realisation dawned.

“Oh God, it's your poker night!” I exclaimed. “I'm so sorry I forgot. I should have called you first. I'll go home.”

As I turned to leave Robin grabbed my bag. “Don't be daft,” he smiled. “You’re always welcome here.”

He pulled up a chair, brought me a beer and motioned for me to join in with the lads. It was then I realised I definitely wanted to be more than just friends. This guy was special.

Typically, Robin wouldn't have it when I refused his offer to sleep on the couch while I took his bed, after the others had gone. So I suggested we share.

“Don't worry, I won't jump you,” I winked as we climbed beneath the soft duvet.

That was my cue – if I hadn't been sure whether he fancied me before, I was now. Blushing, I reached over and gave him a gentle kiss on the lips.

Before I knew it we were tearing each other’s pyjamas off and snogging passionately. “Wow, he's a really good kisser,” I thought, sliding my hand down his chest to his boxers. I wanted him so much I felt like I was going to burst.

But then I froze.

"Is everything okay babe?" he whispered, nuzzling my ear.

He laughed sexily: "Don't worry, just lie back and let me take over."

I really wished I hadn't. 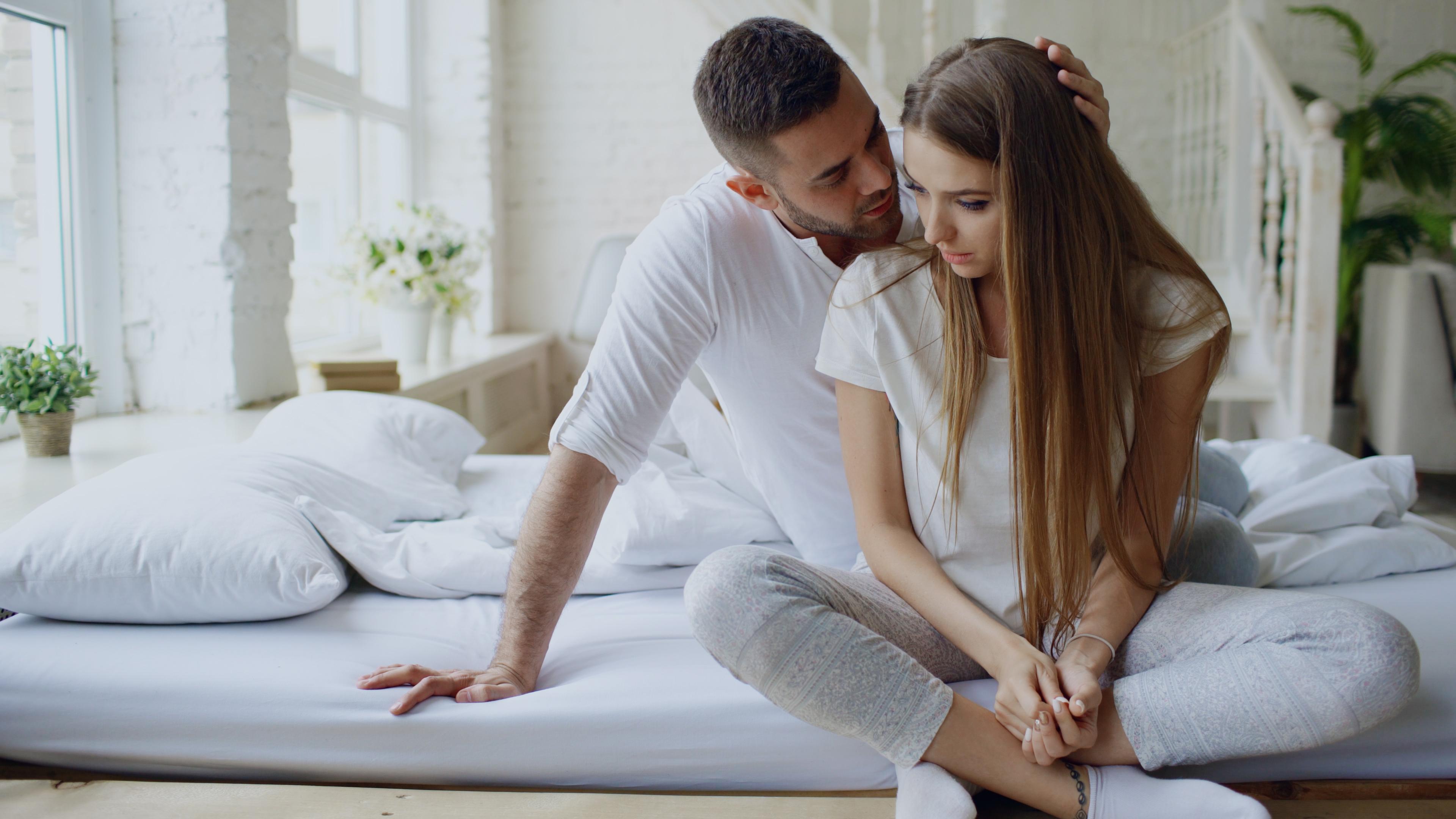 You see, kissing turned out to be the only thing Robin was good at in the sack. When it came to foreplay and actually doing the deed itself, he was about as much of a turn on as a dead newt.

It started with the tongue sliding down my right arm then circling the inside of my elbow. It wasn’t something any of my previous sexual partners had ever done before, but I was willing to give Robin the benefit of the doubt. Maybe it was something his ex had liked?

But when he then began licking and sucking my thumb I couldn't help wincing. Luckily it was dark so he couldn't see. He moved across to my chest and began kissing my breasts lightly. Now that was more like it!

However, when he then reached his hands up and began massaging my earlobes simultaneously, I realised I’d been too hopeful. What was he doing?!

"Are you enjoying this?" he quizzed when he noticed I wasn't making a sound.

Then we came to the big reveal – the reason why I'd frozen when I'd touched the front of his boxers. His manhood. Or rather, boyhood.

As he whipped it out I was dismayed to see that I hadn't been imagining it – he really did have a tiny willy. And when I say tiny, I mean about three inches at salute. 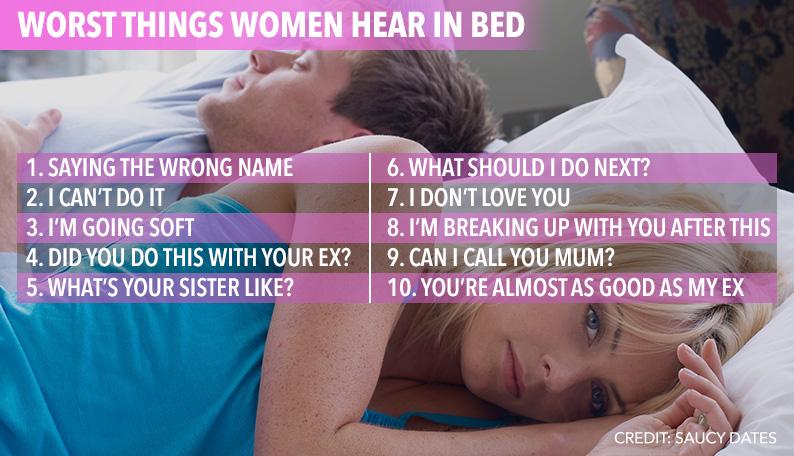 While I'd never been one of those women to judge a man by his willy size – I’ve always believed it’s what they do with it that counts – Robin had the double disadvantage of not only being small in the family jewels department, but not knowing what to do with them either.

When I felt his three-incher rubbing against my belly I thought he was shifting position at first. Then I realised he was actually rubbing it against my belly button. Deliberately. With intent.

I was shocked. Did he think that was arousing, or had he mistaken it for my lady garden area?

Then I felt a slight jabbing down below. I thought it was his finger. It wasn't.

"You're loving that aren't you baby?" he moaned, circling one way then the other as I bit the pillow. He thought I was having an orgasm but I was actually trying to stop myself laughing.

After about three minutes he thrust forward, cried out in euphoria, and rolled off me. 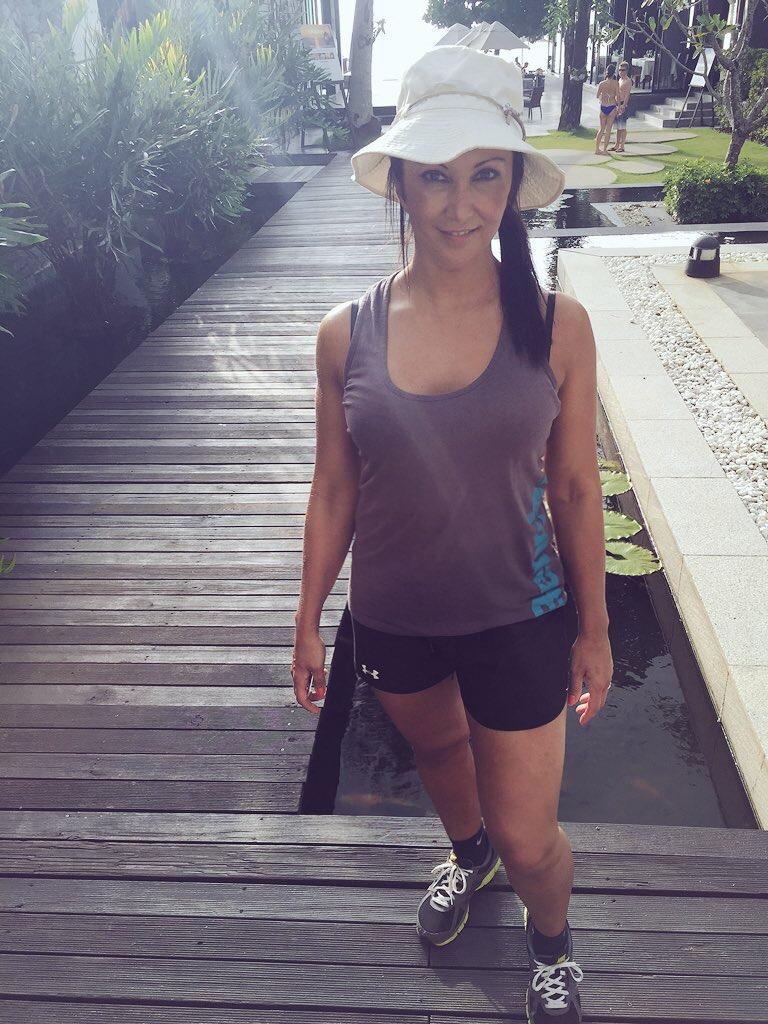 As he pulled me into a post-coistus spoon and drifted off, I lay there stunned.

Had our first time really been as bad as I'd thought? And would it get any better?

Sadly, no. The second time we slept together was just as bad, if not worse. This time he licked my eyelids too. After the third time I made the decision to end it.

It was a shame; aside from the sex, Robin was perfect. He was considerate, intelligent, handsome and a good kisser. How he could be so bad in bed I didn't know.

I contemplated giving it time, hoping that I could improve his technique with a bit of gentle coaching. I considered saying I'd found religion and no longer believed in sex before marriage. But in the end I knew I had to let him go.

I gave him the classic line about not being ready for a relationship, walked away, and lost one of my best friends in the process. It was one of the hardest things I've ever had to do… well, aside from having sex with him.

*Names have been changed.

The results are in from The Sun’s great sex survey — and women are on top.