ONE woman had plenty of reason to speak to the manager after a terrible haircut left her looking like a "Karen."

Ella shared a snap of the unfortunate 'do on TikTok, admitting she hated it so much she was thinking of shaving her head. 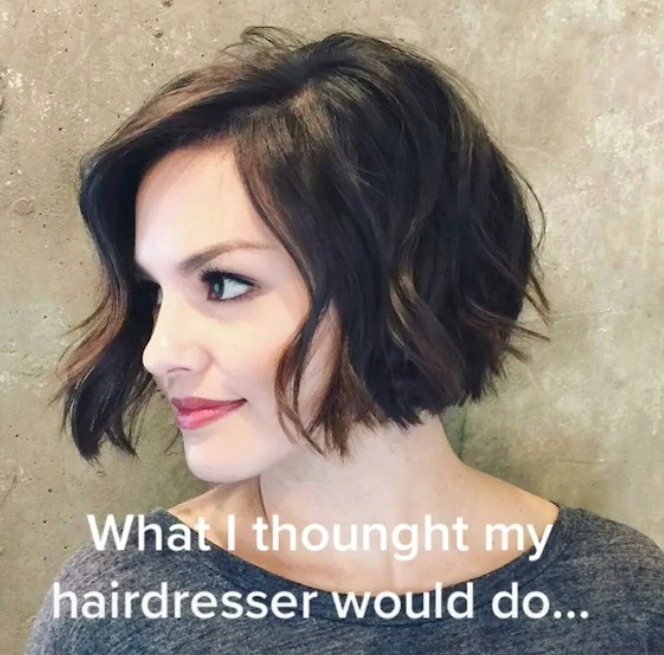 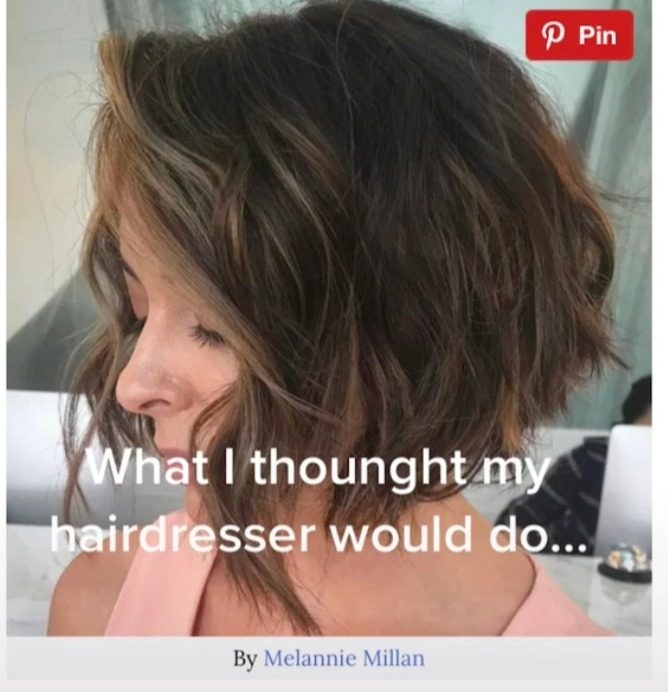 Ella's video of her hair horror has been viewed 1.5 million times.

"What I thought my hairdresser would do…" Ella wrote at the beginning of clip.

She showed two photos of the style she asked for, achoppy chin-length bob.

But that's far from what she got. 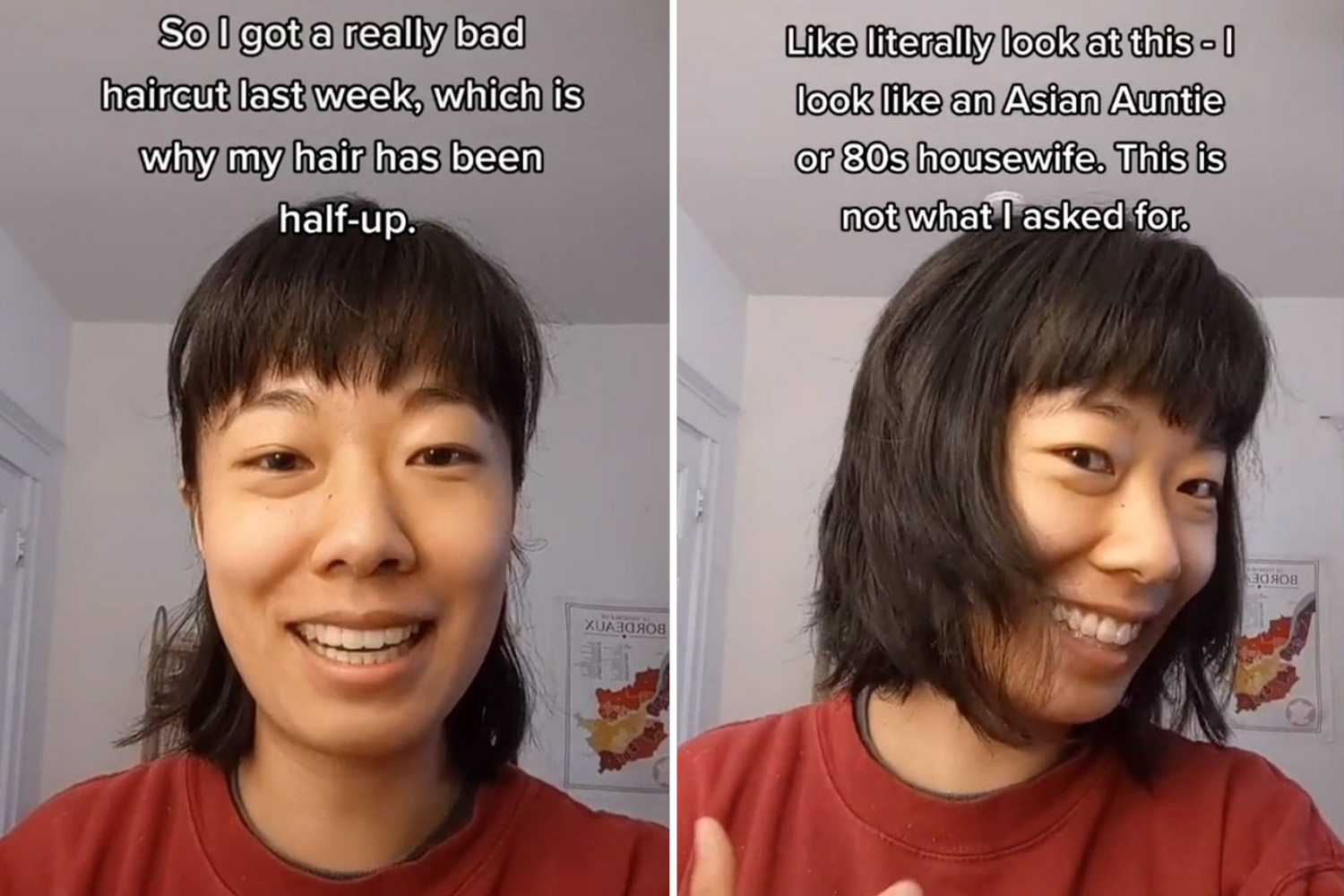 I got a bad haircut, fixing it made it WORSE – I look like Spock from Star Trek

In the results photo, Ella's hair is much shorter, landing above her chin in the front.

Worse than that, though, is that it's even shorter from behind, with the hair at the back of her head chopped above her natural hairline.

She was clearly distraught by her new look.

"I guess I’ll just shave it all off, or something," she wrote.

Viewers understand why she's so unhappy, and many noted that the style looked familiar.

"Oh god she gave you a Karen deluxe cut I am so sorry," wrote one.

"She asked for Heather and got Karen instead," commented another.

"FULL KAREN. Use your powers for good," urged a third.

Several asked her if she spoke to the manager, though one quipped: "The worst thing is you can’t even speak to her manager about how they butchered your hair. You can’t fulfill that prophecy."

"It's the early Kate Gosselin haircut from 'Kate plus 8,'" said one more.

One commenter helpfully offered her tips for fixing it, saying that the cut would look better if she curled her hair or added cute clips or headbands. 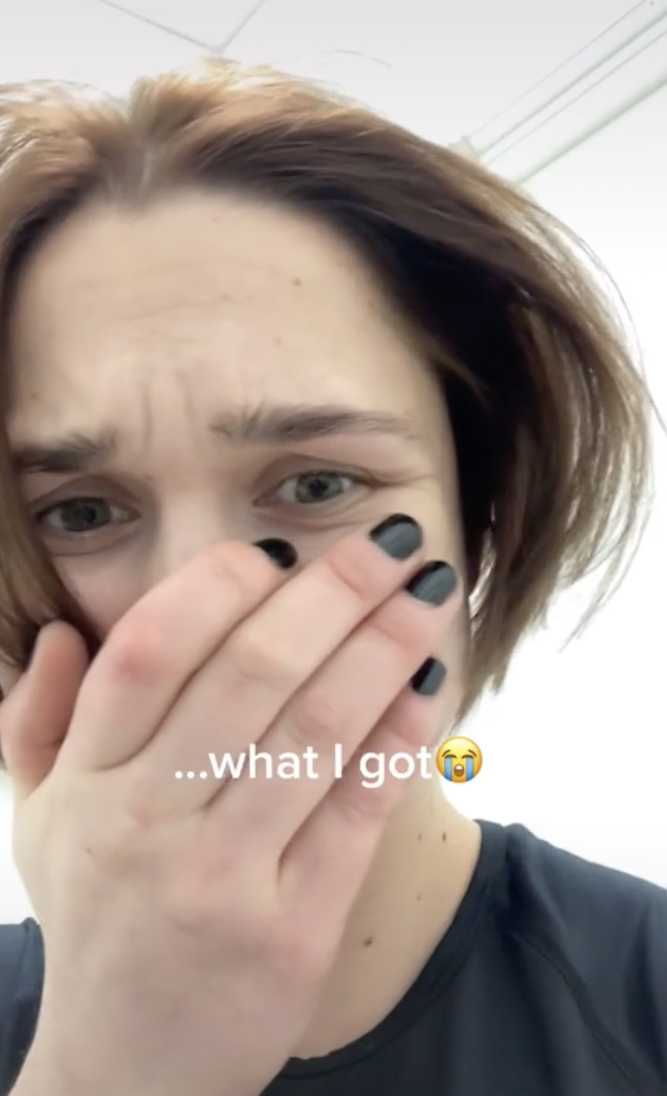 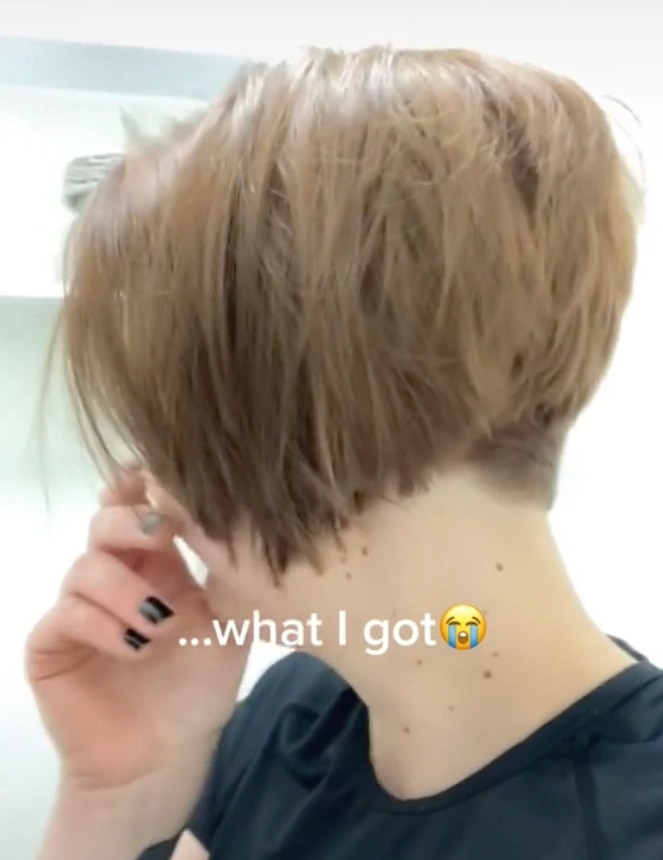