FANS OF Mrs Hinch are serious about their queen of clean and take no prisoners when it comes to making fun of their love for her, as one husband found out.

He was mercilessly mocked for his unfortunate choice in footwear when asked by his wife to send a snap of her new book 'Hinch Yourself Happy' only for her to receive one of him pretending to throw it in the bin. 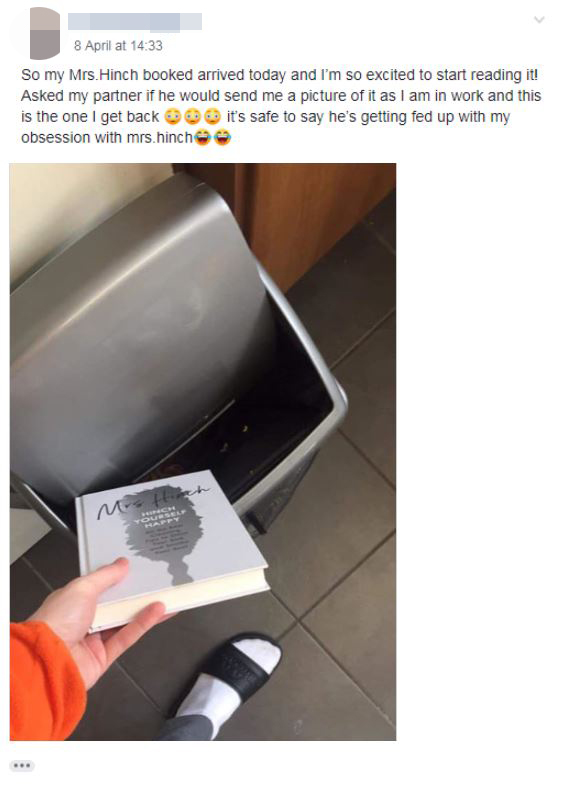 A woman named Jemma explained on the 'We Love Mrs Hinch' fan group on Facebook the story behind the picture: "So my Mrs Hinch book arrived today and I’m so excited to start reading it!

"Asked my partner if he would send me a picture of it as I am in work and this is the one I get back… It’s safe to say he’s getting fed up with my obsession with Mrs Hinch!"

Jemma's partner could be seen appearing to throw the best-selling book straight into the bin as part of the cruel prank, which she shared on the group.

As well as the book the husband's foot is visible at the bottom of the shot in a pair of white socks and black slider shoes. 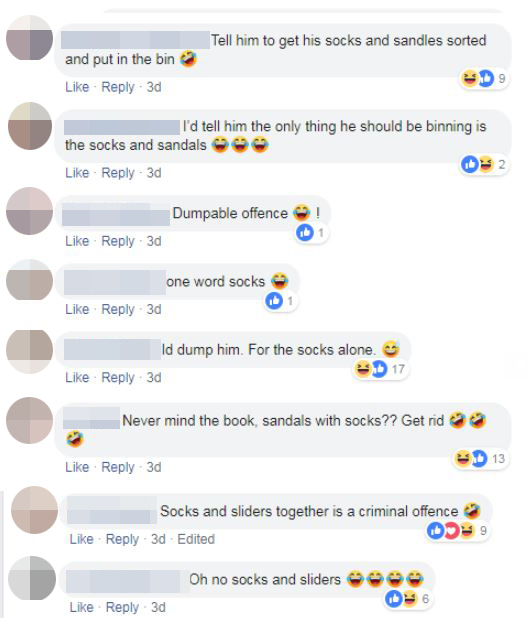 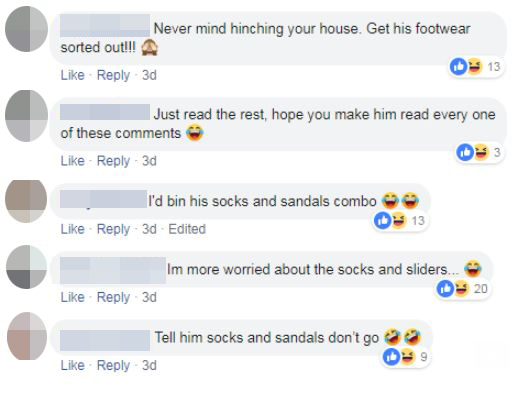 Fellow fans flocked to the comments to ridicule her husband's unfashionable footwear combination joking that he should be put in the bin instead.

"Never mind the book, sandals with socks?? Get rid," one person wrote with crying-laughing emojis.

"He wears socks with sandals his opinion is irrelevant," added another.

"I'd dump him for the socks alone!" said a third.

One fan advised Jemma: "Never mind Hinching your house. Get his footwear sorted out!!!"

Fans of Mrs Hinch have been clamouring to get their hands on a copy of her debut book which shares her best cleaning tips, how cleaning can soothe anxiety and stress and her must-have household items.

The Essex 'cleanfluencer', 29, who is expecting her first child with husband Jamie, went straight to the number one spot on Amazon's bestsellers list a day after its release, and sold 160,000 in just three days.

Mrs Hinch, who boasts 2.3million followers on Instagram, also knocked off Michelle Obama and Alex Ferguson from the top spots of The Bookseller's Chart.

She took to Instagram to thank her fans for helping her become the second fastest-selling non-fiction title ever on the site.

"Can't believe it! Hinchers this is all because of you. Thank you!" she wrote.

We look at Mrs Hinch's incredible transformation from girl-next-door to glam cleaning superstar.

How one mum shared her top tip using Mrs Hinch's favourite 89p spray to clean stains off her toddler's clothes in minutes.

And how Mrs Hinch was left red-faced after accidentally recommending bum oil to her fans without realising what it is.