TRYING to function when you’ve had one too many the night before can be absolute hell, but as all parents will know you still have to look after your kids.

That's the situation which faced one hungover mum as she grappled with the school run one morning, as she frantically tried to pack her kid's lunch while feeling worse for wear. 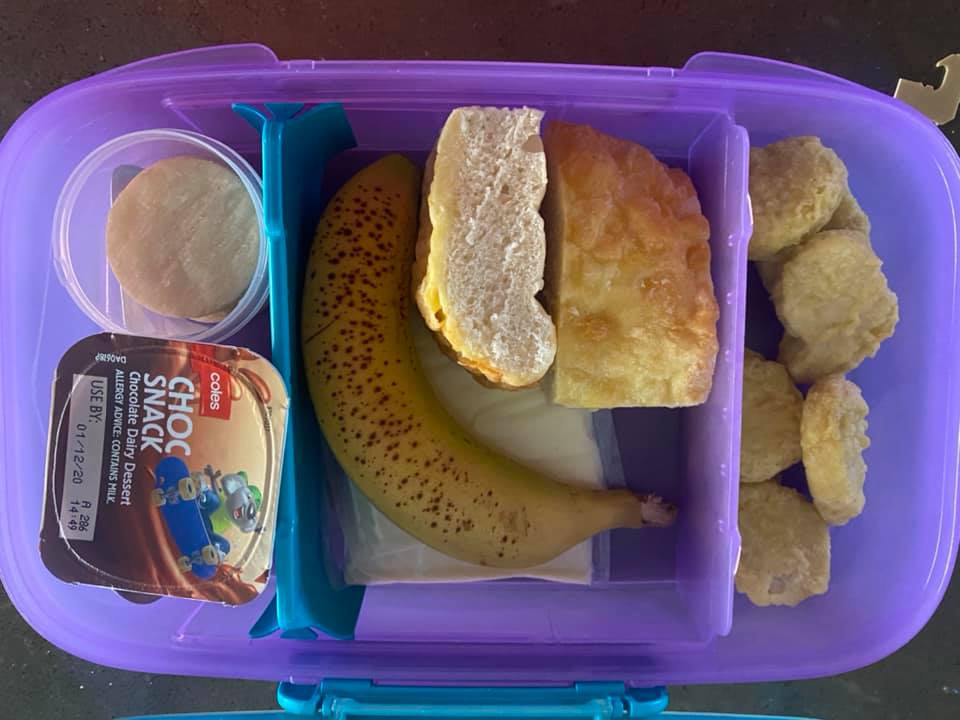 She shared a very honest snap of the best she could rustle up while nursing a sore head, after chucking a banana, some bread, chicken nuggets and a chocolate yoghurt into a lunchbox.

She shared the sparse, and mostly beige, lunch to Facebook group Lunchbox Ideas Australia, where she came clean about why she was in a delicate state in the morning.

The mum confessed: “This mum has a migraine hangover so this is as good as it gets!

This mum has a migraine hangover so this is as good as it gets!

Dozens of people liked the post, as parents sympathised with her struggles.

One mum jokingly wrote: “At least they are being fed, go you!!”

Another admitted: “Could be worse! I’m sure it will be well received at recess/lunch.” 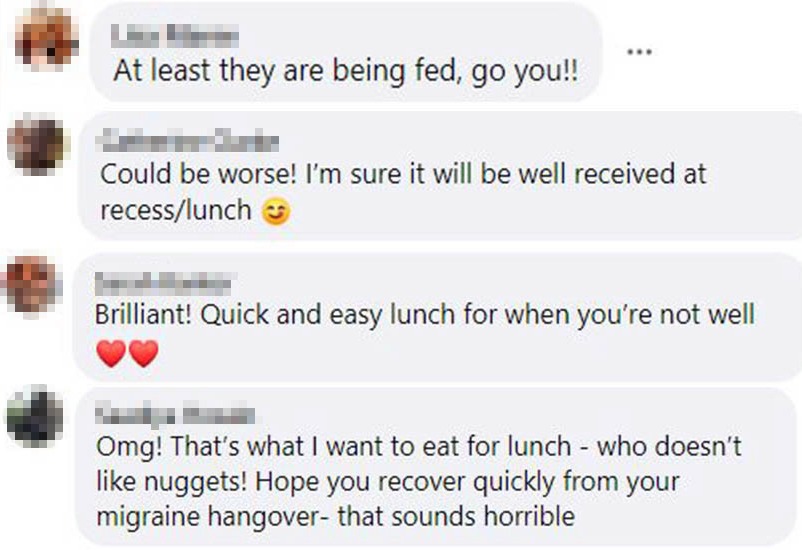 A third simply wished her well, saying: “Omg! That’s what I want to eat for lunch – who doesn’t like nuggets! Hope you recover quickly from your migraine hangover- that sounds horrible.”

This parent pointed out: “All I can think of is that bread is going to taste like banana!”

While another added: “Brilliant! Quick and easy lunch for when you’re not well.”

And this savvy shopper shares £20 shopping list she claims will feed two people for a WEEK – but not everyone’s convinced.

While a mum shares loving lunch box she packed for her husband but trolls claim she’s ‘killing him’ with unhealthy snacks.

Meanwhile this mum praised for ‘realistic’ lunchbox with no veg & packaged snacks & says parents need to stop competing with each other.