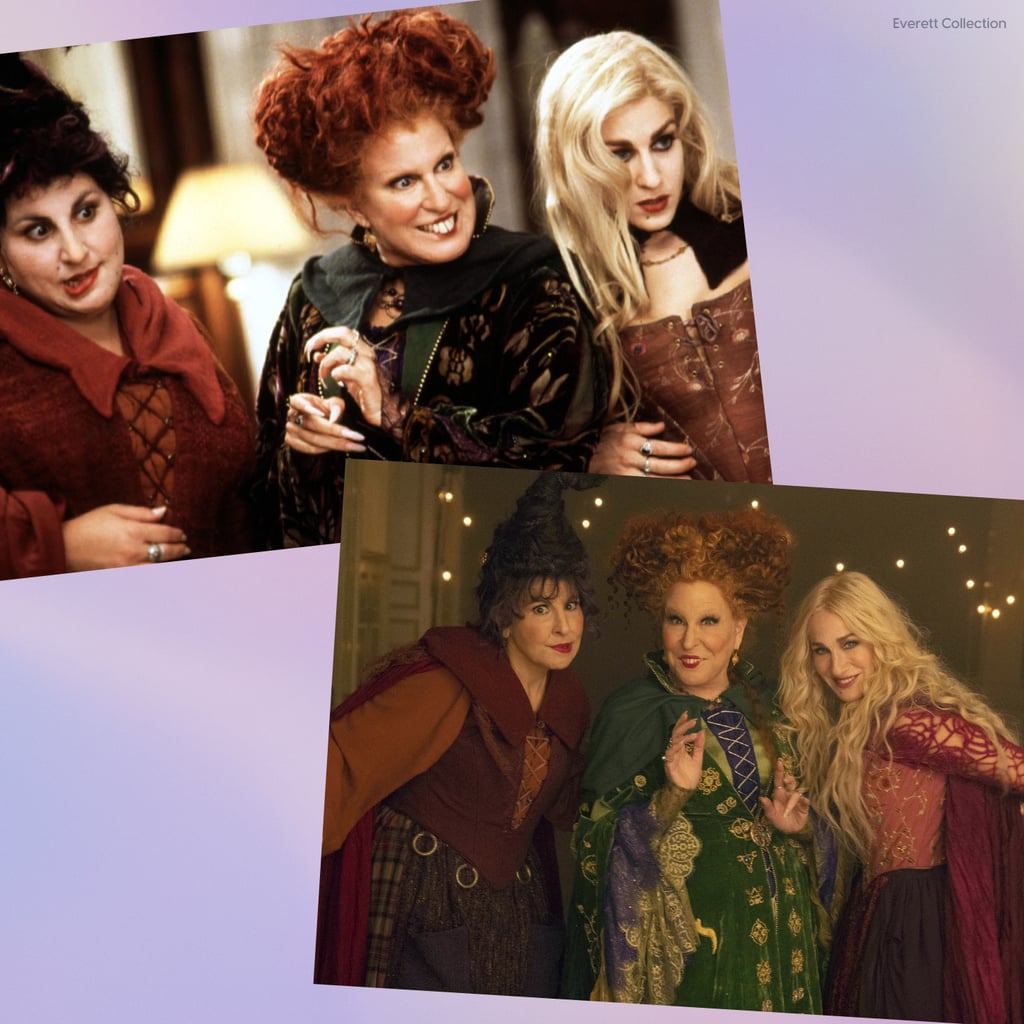 As POPSUGAR editors, we independently select and write about stuff we love and think you’ll like too. If you buy a product we have recommended, we may receive affiliate commission, which in turn supports our work.

Costume designer Salvador Perez, known for his work on all six seasons of “The Mindy Project” with actor Mindy Kaling, the “Think Like a Man” films, and “Drumline,” is bringing the wardrobes of the iconic Sanderson sisters to life in the newly released sequel to “Hocus Pocus.

The sisters, played by Bette Midler, Kathy Najimy, and Sarah Jessica Parker, are back for more spooky fun. Directed by Anne Fletcher, “Hocus Pocus 2” revisits the journey of the infamous witch sisters who were brought back to modern-day Salem, MA, by three young teenagers. At the end of the original movie, the Sanderson sisters disintegrate, along with their clothes, but that didn’t stop Perez from refreshing and modernizing their costumes in the sequel. The costume aficionado custom made all of the sisters’ mesmerizing looks, with each cape consuming 25 yards of fabric. While taking initial direction from the studio and pointers from original costume designer Mary Vogt, Perez still managed to leave his own footprint by establishing a newfound sense of identity for the child-hungry sisters.

“I wanted the costumes to have a backstory,” Perez tells POPSUGAR. “So we went with Wiccan symbolisms and witchcraft, including three moons and three goddesses to represent the three sisters. We came up with a pattern that was based on that mythology, which is on Winnie’s coat.”

Perez established referential standpoints for each of the sister’s costumes, which were meant to reflect fire, water, earth, and air in sickles — all elements that an alchemist would use in her witchcraft. “I really wanted to stay true to the original colors, but add more detail,” he says. “On Mary’s corset, the rings were originally floral rings, which didn’t feel authentic to me. So I updated them to curtain rings hand-pounded out of brass.”

While the costumes from the original 1993 film have become a major source of inspiration for Halloween costumes, Perez’s advancements in the sequel include a different assortment of materials that encourage even more wardrobe experimentation.

Ahead, find out how Midler, Najimy, and Parker influenced the revival of their characters from a stylistic standpoint, and get their looks just in time for Halloween.