A pair of black, diseased lungs lie on a hospital tray – her second set that have ended up like this. 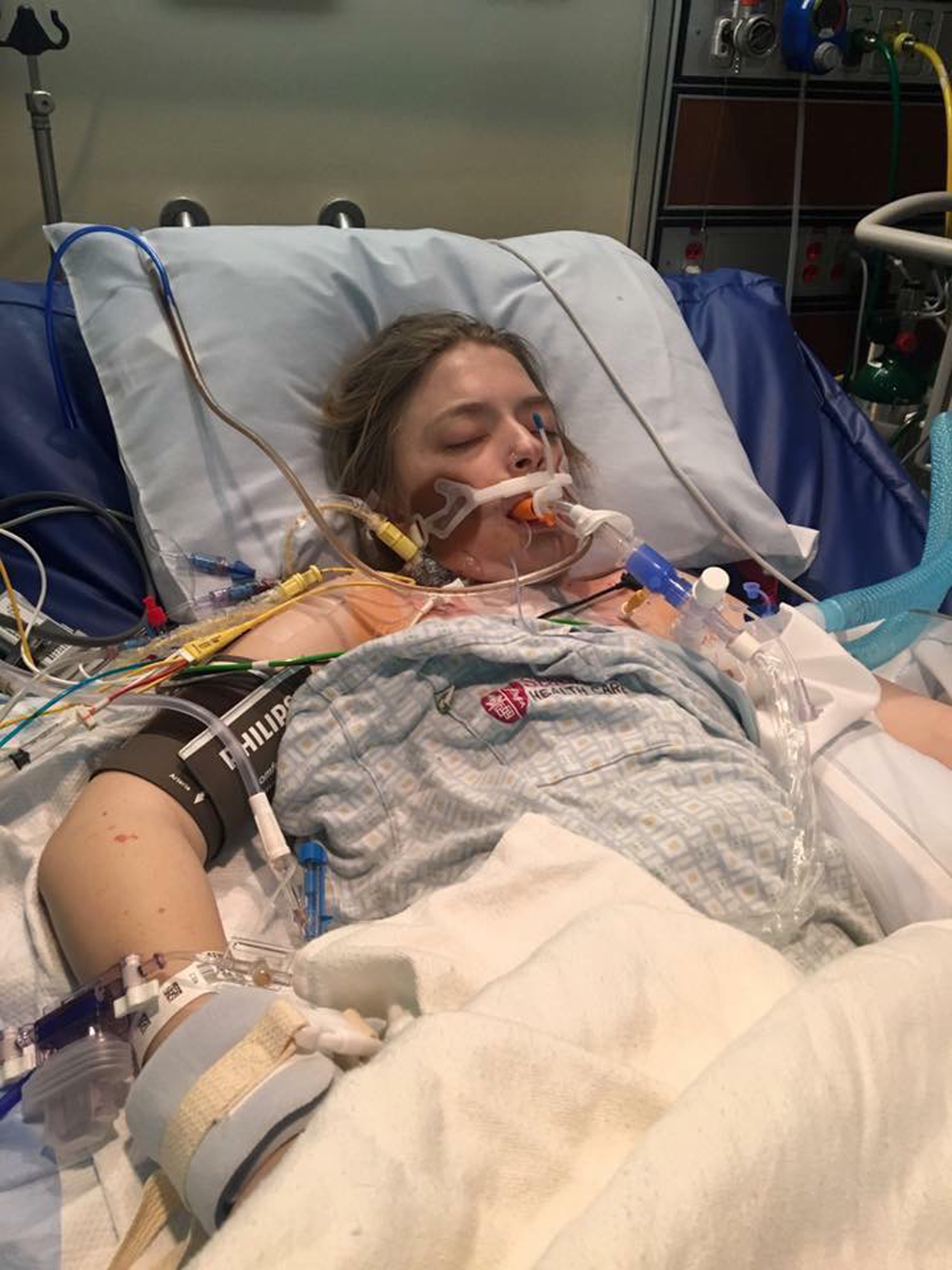 But, at 25 years old, she has so far defied the odds stacked up against her.

Tiffany knows her time could be running out, after she had her last double lung transplant in 2017.

Doctors have told her if this set of lungs fail, like the last, there will be nothing more they can do to save her. 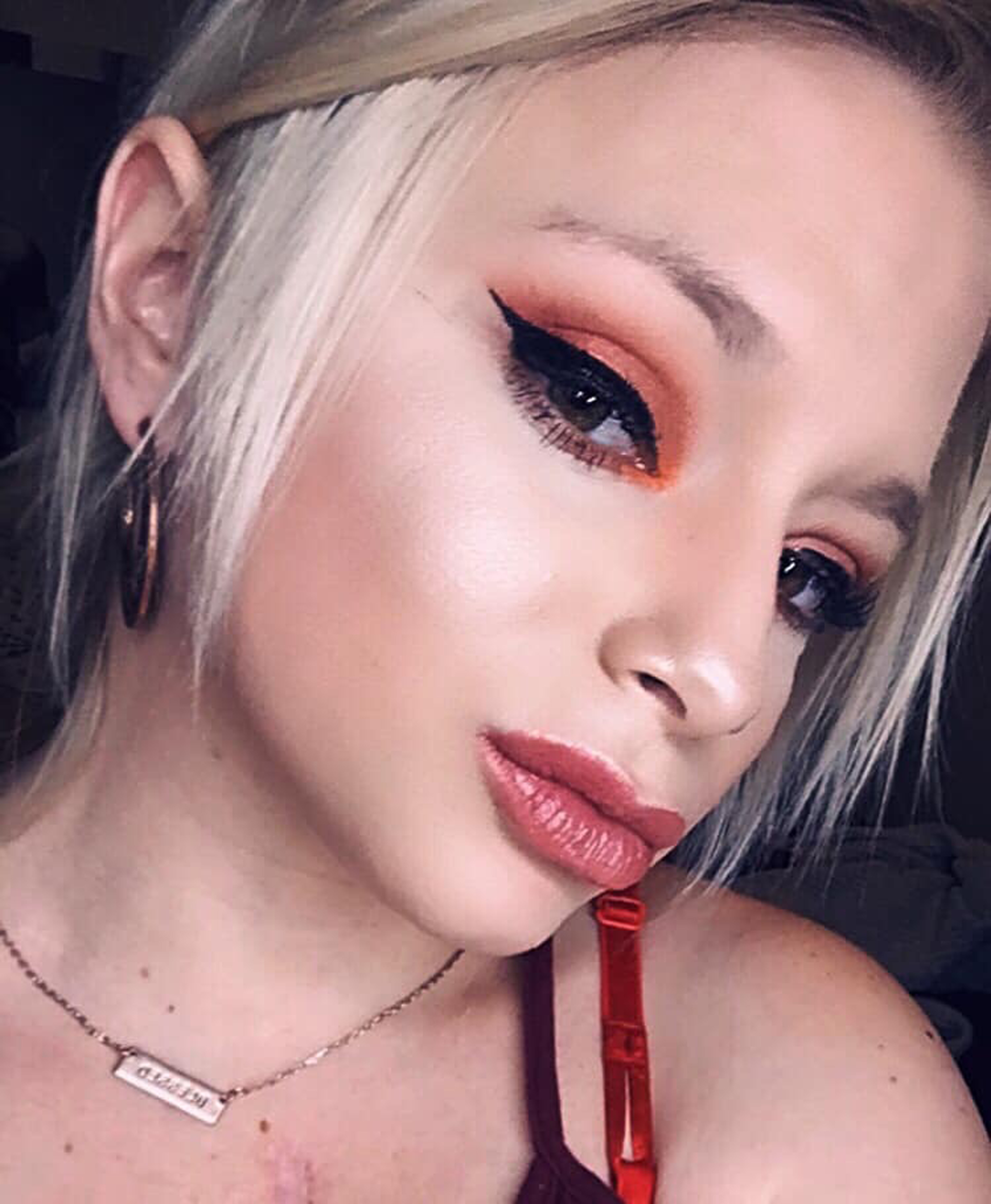 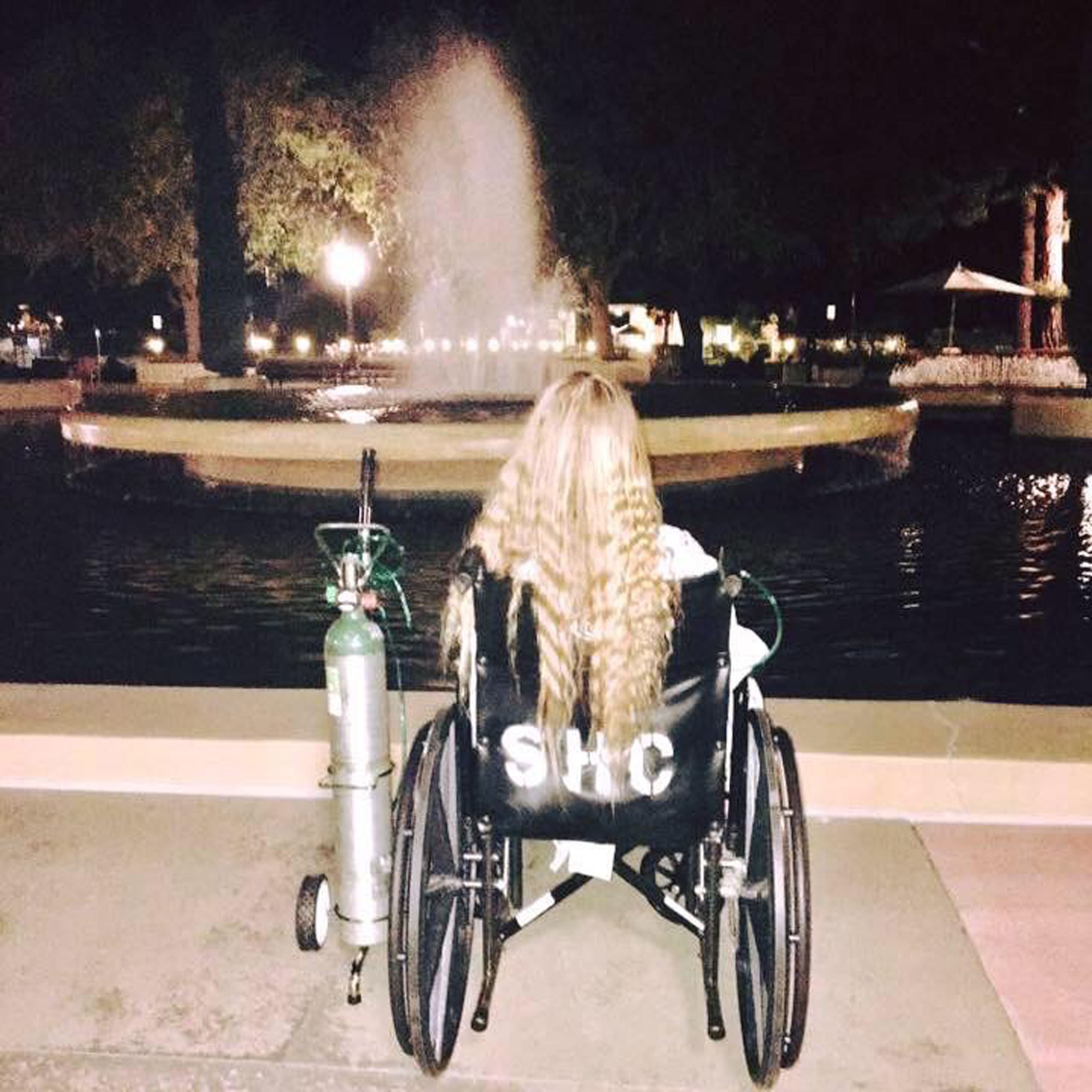 Tiffany is not alone. In the UK there are around 10,400 people living with cystic fibrosis, according to the Cystic Fibrosis Trust.

It's caused by a faulty gene and leaves patients' lungs and digestive systems clogged with thick, sticky mucus.

Sufferers are prone to chronic infections and inflammation in the lungs, and their life expectancy is drastically shorter, with many dying in their 30s.

"When I was born my parents were told that they shouldn't take me home, because it was likely I was going to die," Tiffany said. 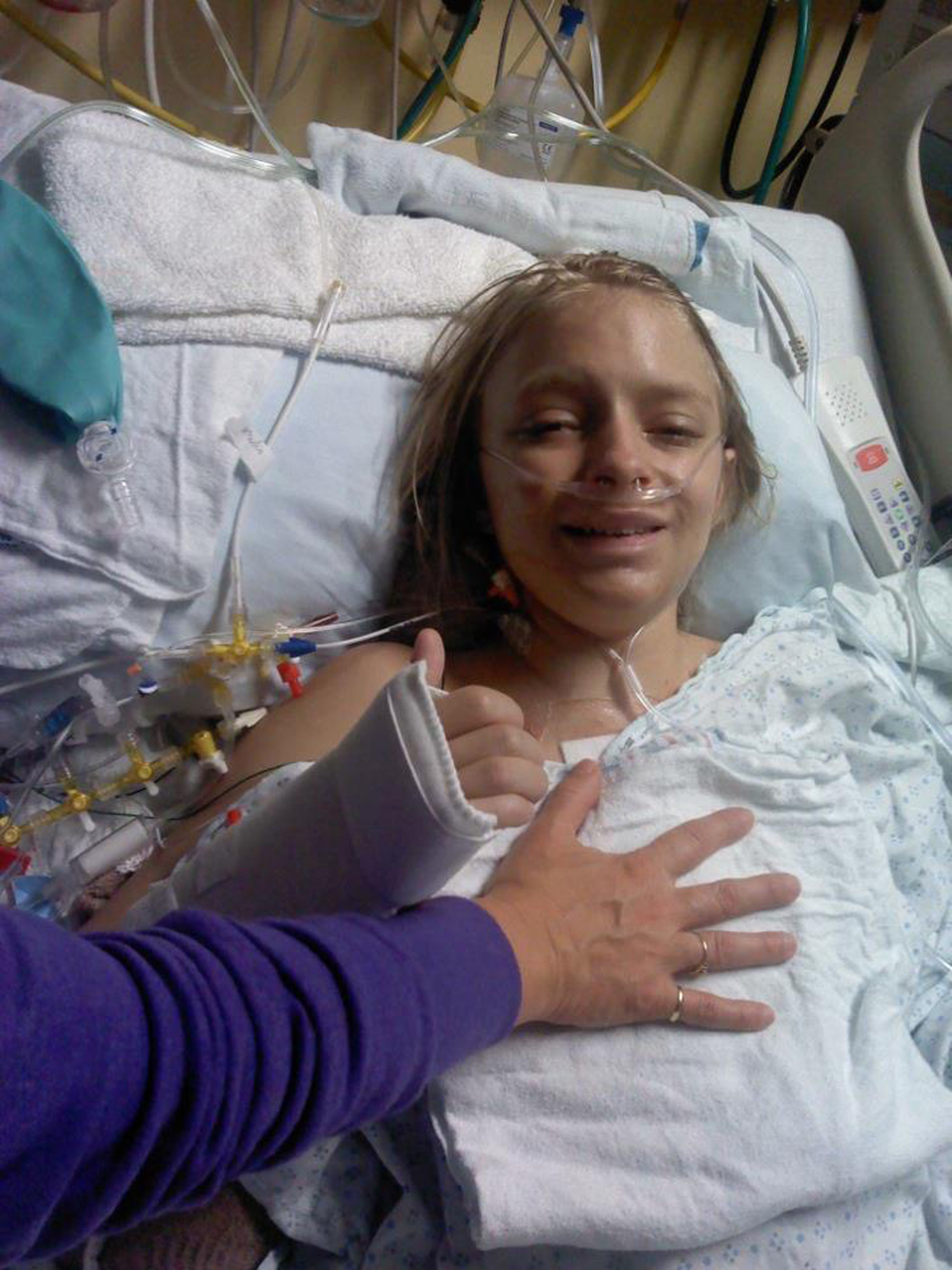 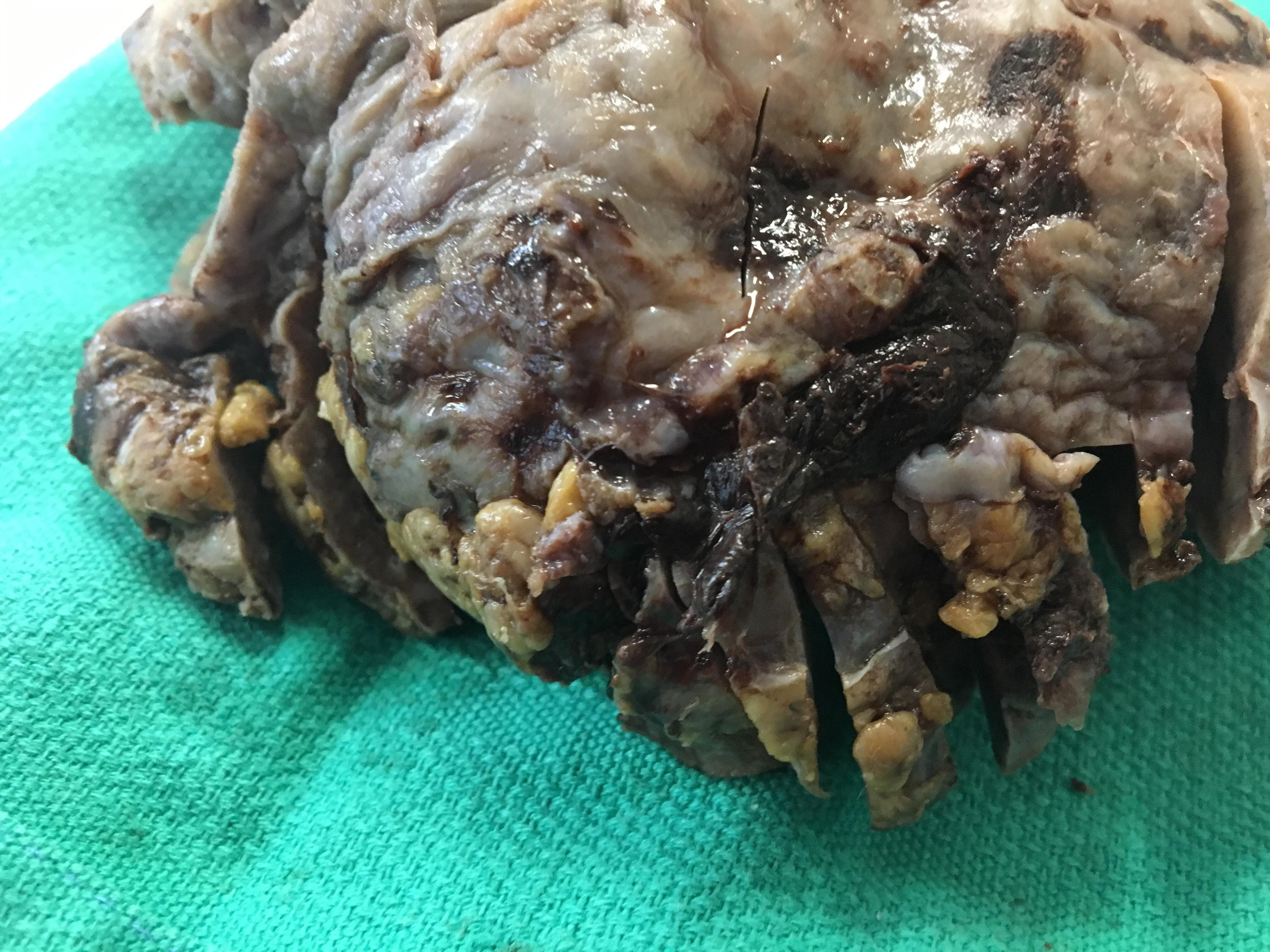 "But after I got through the first few months of life, I started to get stronger and it wasn't until I was ten years old that I started going into hospital for three weeks at a time, once a year."

Tiffany would go into hospital for intensive antibiotics and physical therapy to help her lungs.

As she got older, she had to stop going to school because the germs carried by other kids posed too great a risk to her.

By the age of 14, Tiffany was going into hospital three times a year.

And by 16, she needed her first double lung transplant.

"Over time my lungs were starting to deteriorate, so I was listed for a double lung transplant at 16," she said. 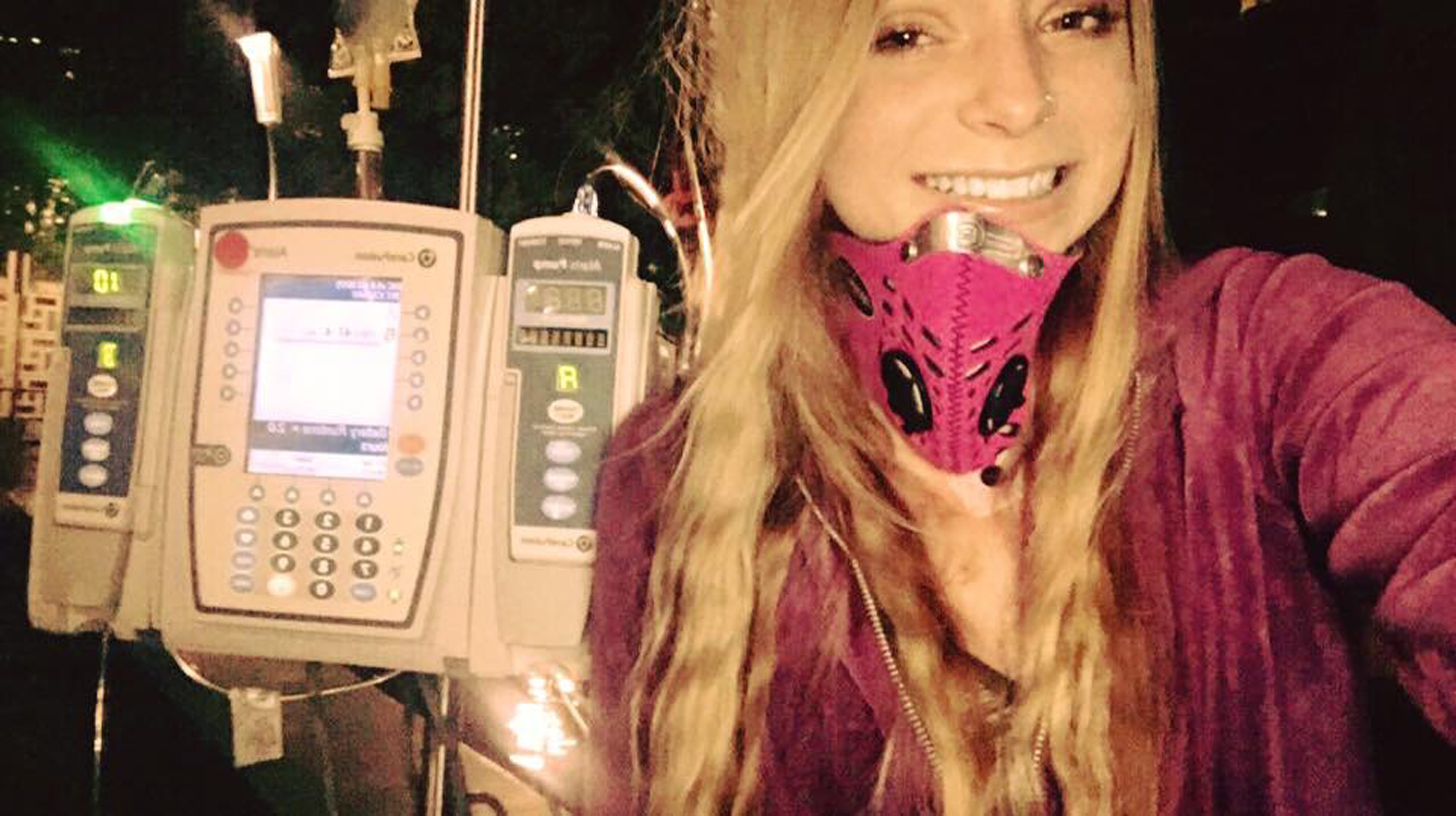 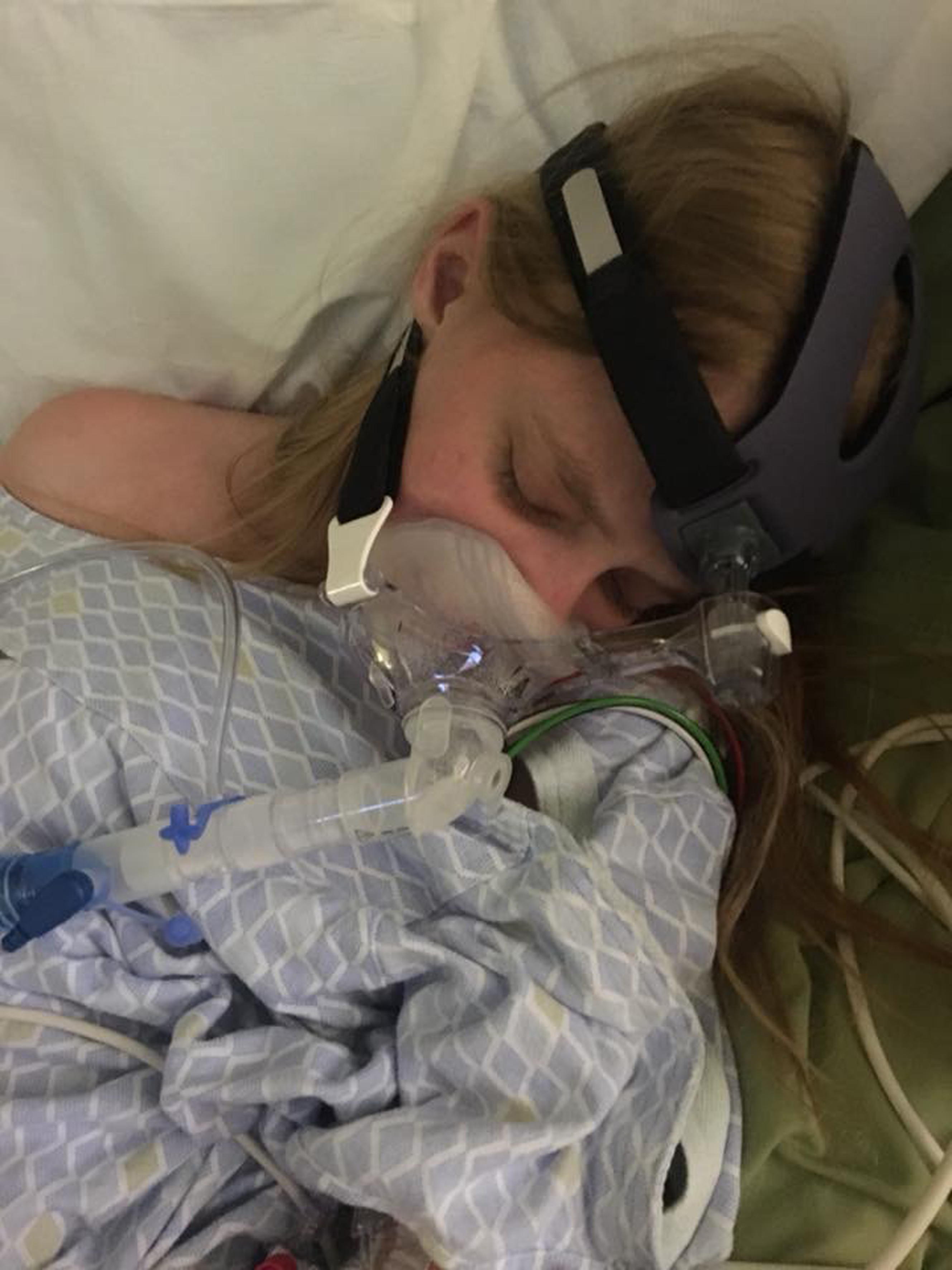 What is cystic fibrosis?

CF is the most common inherited, life-threatening disease in the UK.

It's caused by a faulty gene that one in 25 people carry – often without knowing it.

If two carriers have a baby, their child has a one-in-four chance of having cystic fibrosis.

The internal organs of sufferers, especially the lungs and digestive system, get clogged with thick, stick mucus, which causes chronic infections and inflammation in the lungs.

All newborn babies are now screened for CF shortly after they're born, using the heel-prick test.

The condition makes the mucus in the lungs thicker than normal, so it traps bacteria in the airways and leads to infections.

Symptoms that result include:

The thick mucus also affects the normal flow of digestive juices from the pancreas.

According to the UK Cystic Fibrosis Registry half of people born with CF in 2017 will live to at least 47.

However, the average age of death in 2017 among CF sufferers was just 31.

So by 23 years old, she was having her second – and final – lung transplant.

"And this transplant has already started to fail.

"I am currently sat on 6o per cent lung function and I take 70 pills a day to try and keep my lungs healthy.

"I know at some point there won't be any other options and that I will die, but I am trying to stay positive. 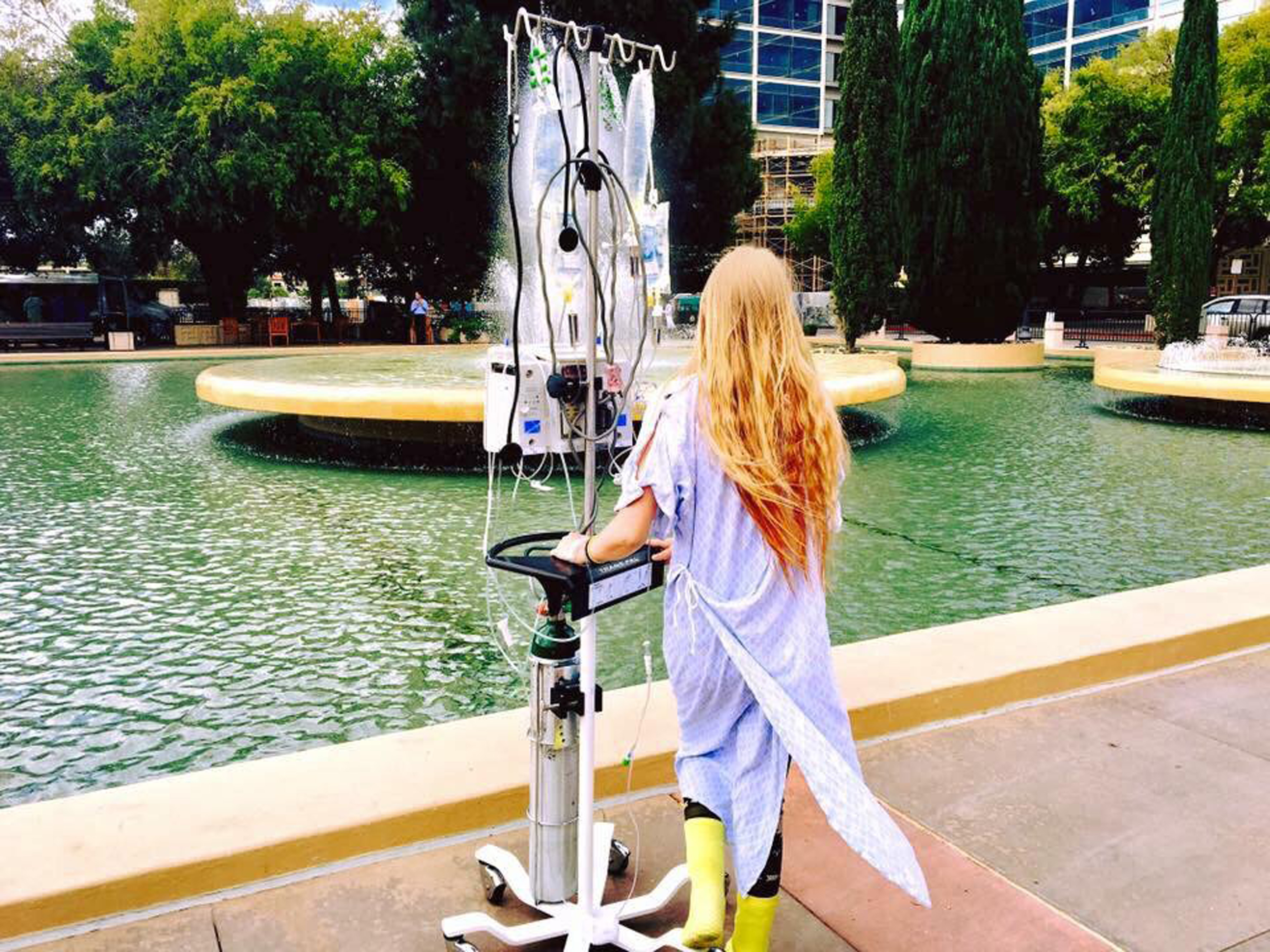 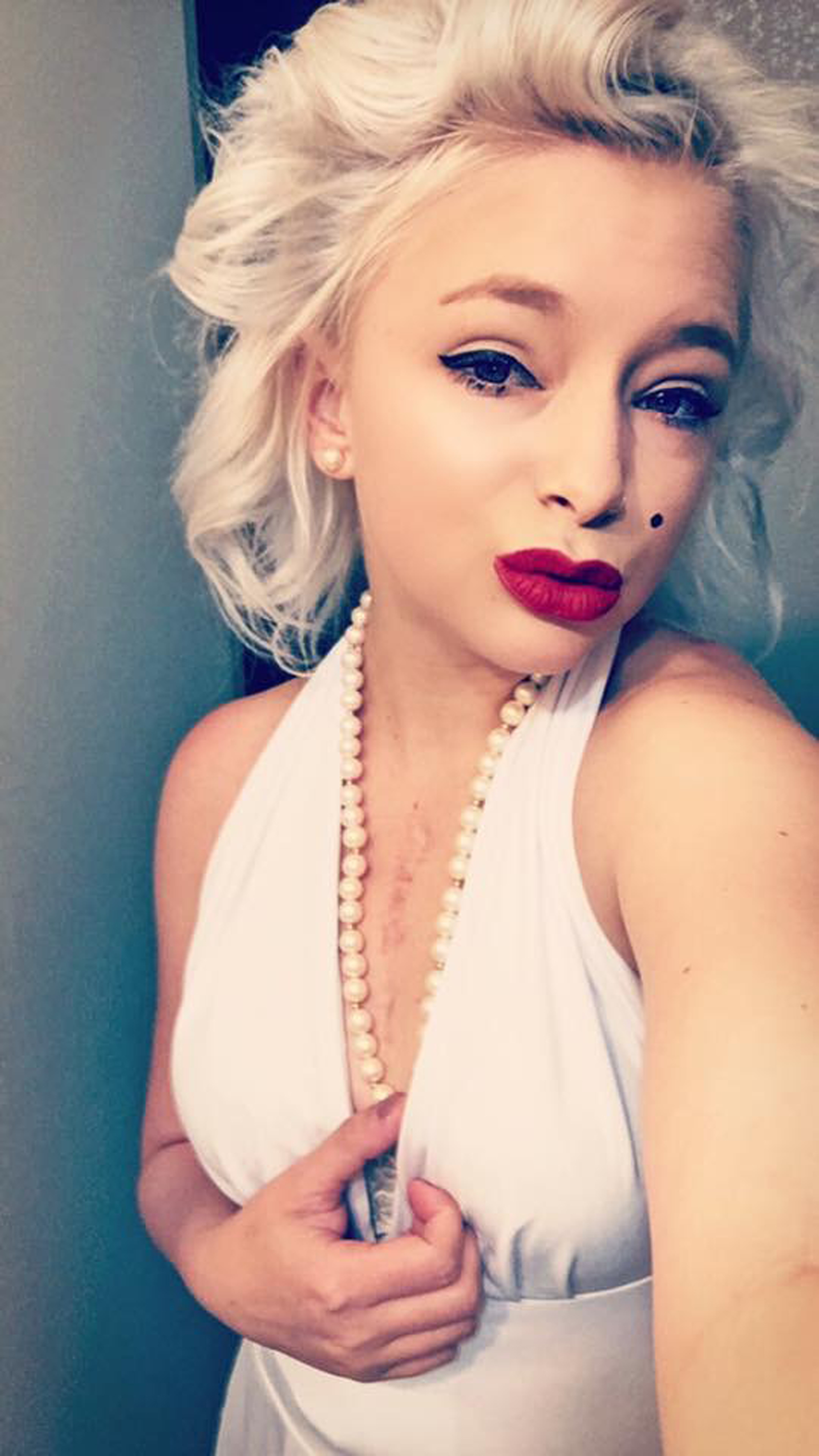 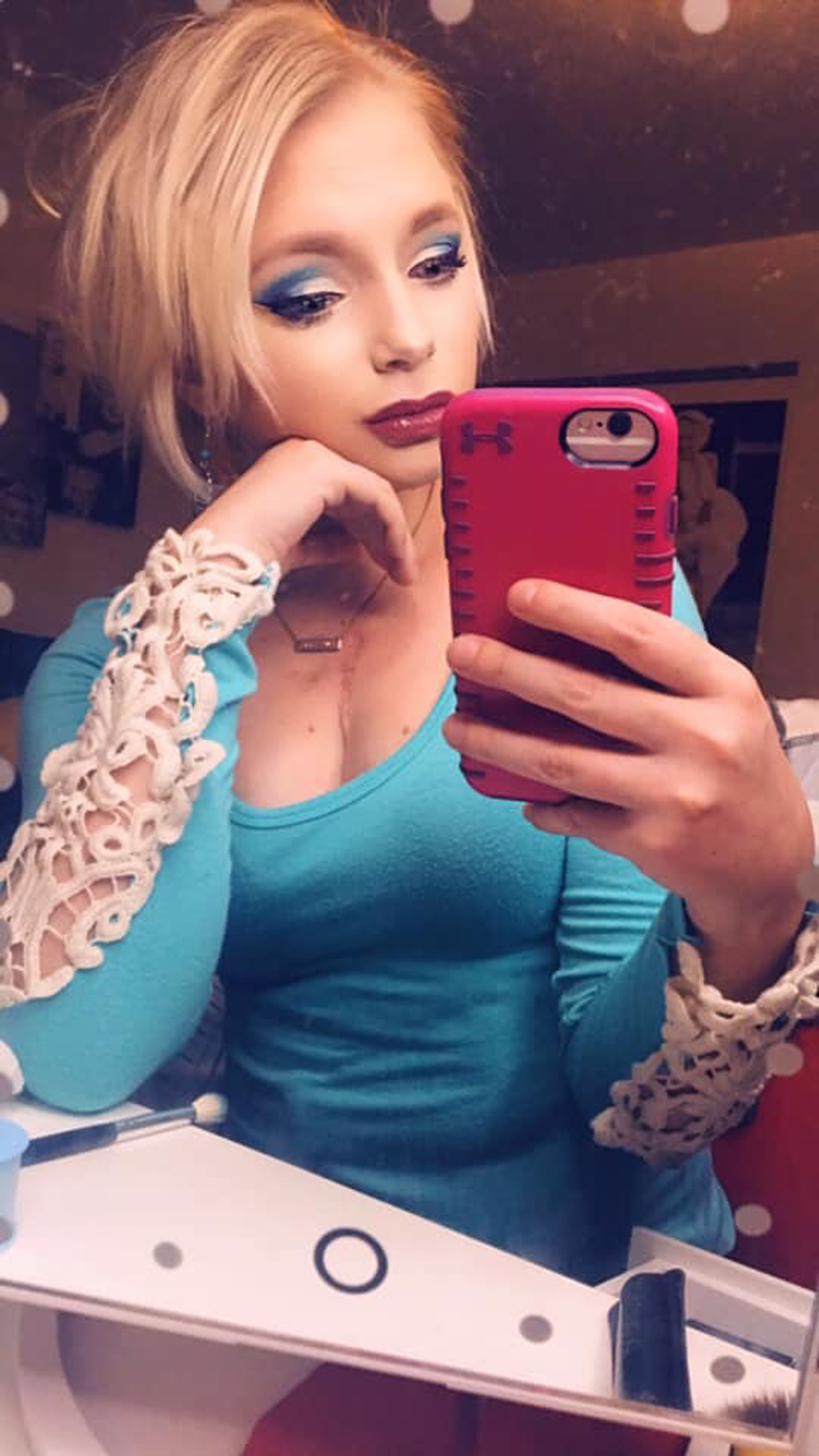 "I was told I wouldn't reach my teenage years, and no one thought I would ever make it to 25.

"I know I can fight against this latest prediction too."

Tiffany has drawn strength from channelling her inner Marilyn Monroe, taking inspiration from her idol.

While in hospital, dressing up and searching make up tutorials online take her mind off her reality, and helps her accept her disability.

"Looking at quotes of hers and realising how much she accepted her own flaws, and wasn't the conventional beautiful woman that you see on magazine covers today, I started relating to her," Tiffany said.

"My disability has left me with flaws too.

"I know I am dying, but when I look in the mirror and my make-up and hair is done like Marilyn Monroe's, it makes me feel so much better.

"Transforming into her is something that started as a hobby, but over time I have become really passionate about how I look when I do so and about learning more about her as a person.

"She's a real woman and she had flaws, but always embraced them.

"For years I have been covered in scars and have many other flaws, and Marilyn makes me feel like I can accept them.

"People often tell me how much I look like her too, which gives me great confidence, and overall has made me realise I can still be beautiful with my flaws."