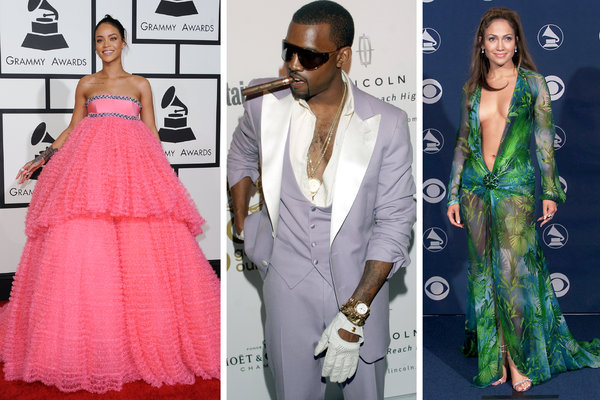 The Grammy Awards, music’s biggest party, will take place on Sunday in Los Angeles. In the year since the awards show came under fire for not representing female artists, the Grammys have restructured the membership and nominations process in an effort to be more fair.

But still, don’t expect Ariana Grande on the red carpet.

Ms. Grande tweeted on Thursday that she will not perform at the ceremony because she thinks that her creativity and self-expression were stifled by Ken Ehrlich, the producer of the Grammys. (Mr. Ehrlich told The Associated Press that it had been too late for her to pull something together for the show.)

Nevertheless, we will be on the lookout for Cardi B, who is nominated for five awards and will perform. Cardi B recently appeared on the cover of Harper’s Bazaar and inside its glossy pages as a modern fairy-tale heroine. She is not afraid to aim for the heights of luxury, as exhibited by the 30-pound pearl-encrusted dress she wore to the Met Gala last year.

We will also be watching for Donald Glover, who is nominated for five awards including record of the year for “This Is America” and has been known to bring looks in the past.

Other celebrities we’re looking forward to seeing on the carpet include Janelle Monáe, whose “Dirty Computer” is up for album of the year, and who has shifted away from androgynous suits; Lady Gaga, who, though more conservative in her costuming these days, still brings glamour and style to award shows; and Bad Bunny, the trap and reggaeton singer, who has a propensity for manicures and kitschy sunglasses.

Two music legends are expected to perform during the show and may walk the red carpet: Diana Ross and Dolly Parton. Alicia Keys, a 15-time Grammy winner, will be hosting the show. Ms. Keys is a proponent of the no-makeup movement.

Whatever happens, the Grammys red carpet has a history of delivering outrageous sartorial concoctions. It is where Jennifer Lopez debuted her low-slung Versace dress and where Rihanna strutted in a bubble-gum-pink Giambattista Valli puff.

Here’s hoping that this year delivers something equally fresh.

Valeriya Safronova is a reporter for the Style section. She is based in New York. @vsaffron