The woman, known only as Becca, direct messaged the guy to say: “You’re very fat. I don’t like fat people. I accidentally liked you. I’m sorry.”

Continuing her cruel messages, which have been shared by Bored Panda, she wrote: “Please don’t kill yourself. Someone will love you and your husky one day.”

She ended the exchange: “Just not me. Cus I like normal sized people. Which you are not. So bye.”

The guy, who is not named, manages to stay calm and replies: “Wait I’m fat!? When did that happen? But I promise I won’t kill myself.

"Thanks for the opinion/facts about me. I’ll try to walk on it. I’m not really into c**** anyways.” 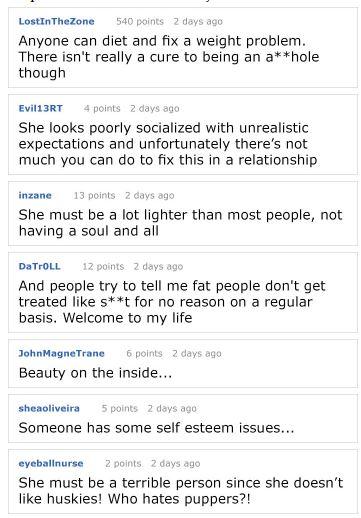 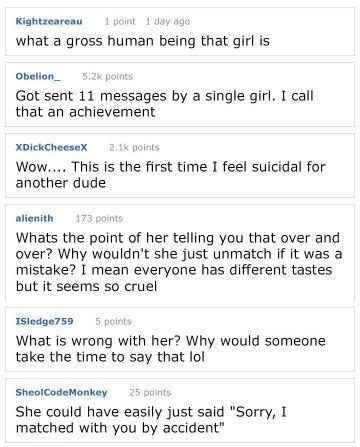 She replied: "Listen here f***o", and then the messages ended.

People praised the guy for his comeback. “Anyone can diet and fix a weight problem. There isn’t really a cure to being an a**hole though,” wrote one.

Another said: “She must be a lot lighter than most people, not having a soul and all.”

“Beauty on the inside…” commented one, another said: “Someone has some self-esteem issues.”

“What a gross human being that girl is,” wrote one commentator, as another added: “What’s the point of her telling you that over and over? Why wouldn’t she just unmatch if it was a mistake? I mean everyone has different tastes but it seems so cruel.”

Meanwhile, a horrified teen matched with his own SISTER on Tinder… and the messages are toe-curlingly awkward.

Tinder has fuelled a rise in female sex addicts… here are 10 signs you have a problem.

And one in 10 Brits has SEX to avoid turning on the central heating.