The pregnant Duchess visited the Royal Variety Charity’s nursing home in Twickenham, Brinsworth House, where she chatted with residents. 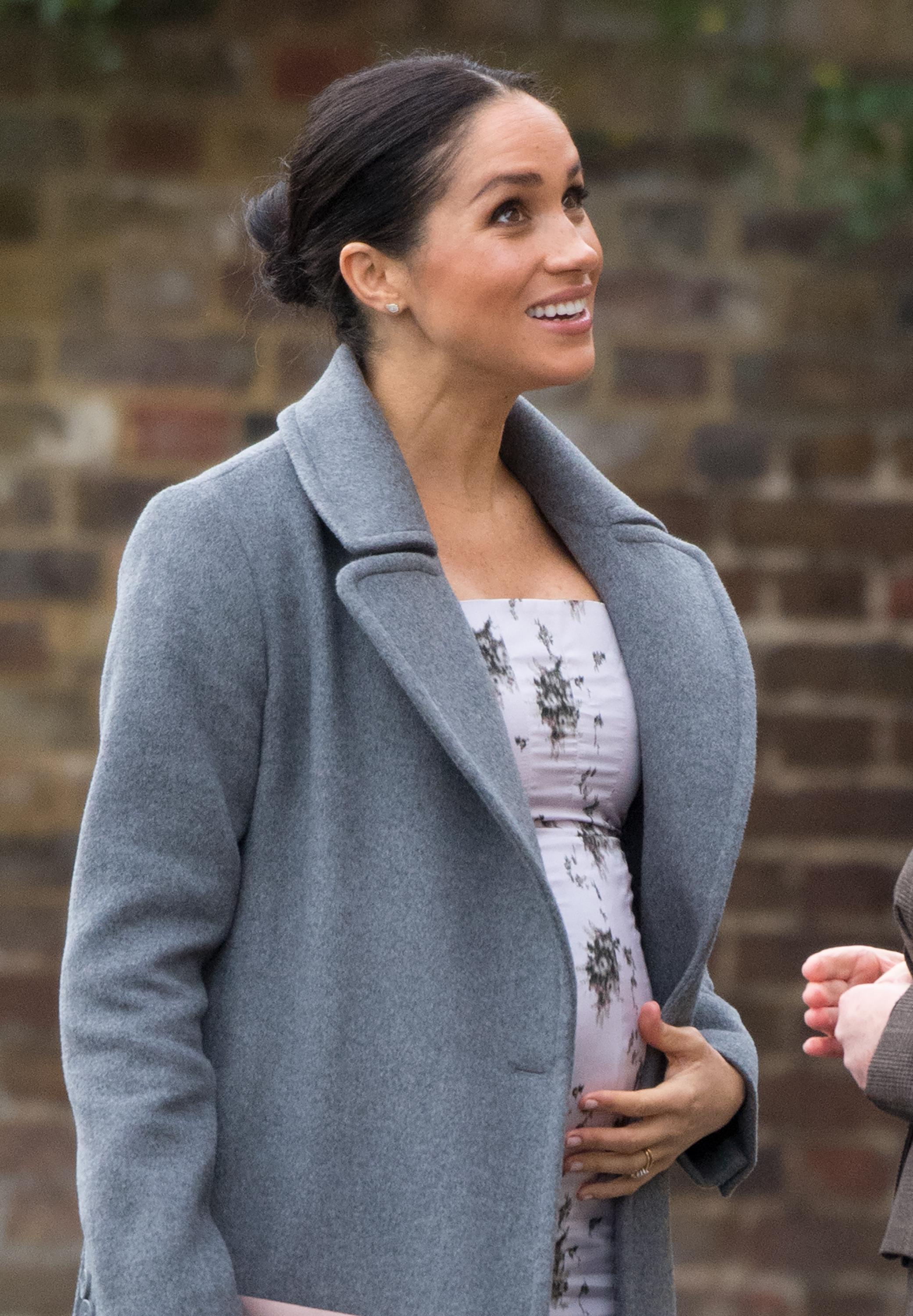 The 37-year-old, who is expecting her and Prince Harry’s first child in spring, sat down with retired actress, Josephine Gordon.

The Duchess asked her “Did you have kids?”, to which Josephine replied “No I didn’t, I had a career”.

A former actress herself, Meghan replied: “Yes, that I understand”.

Before meeting and marrying Prince Harry, the American was an established actress, known for her role as Rachel Zane in Suits. 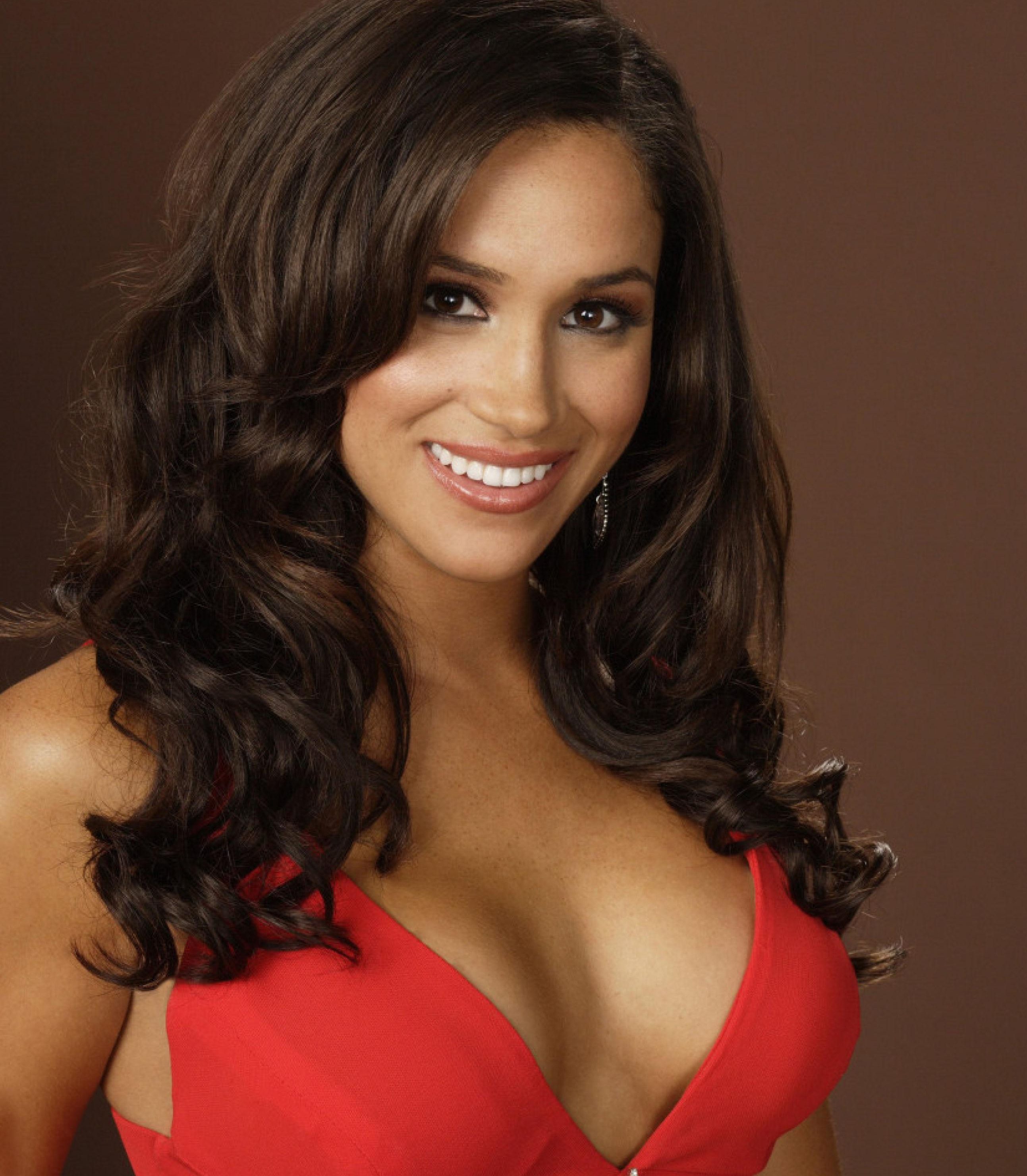 Prior to that she had a number of minor roles in the industry, including a stint as a briefcase girl in Deal or No Deal.

She finally had her big break with the hit legal drama in 2011 – the same year she married her first husband, Trevor Engelson.

But it seems Meghan also waited for the opportune moment to start her family, despite being classed as a ‘geriatric mum’ aged 37. 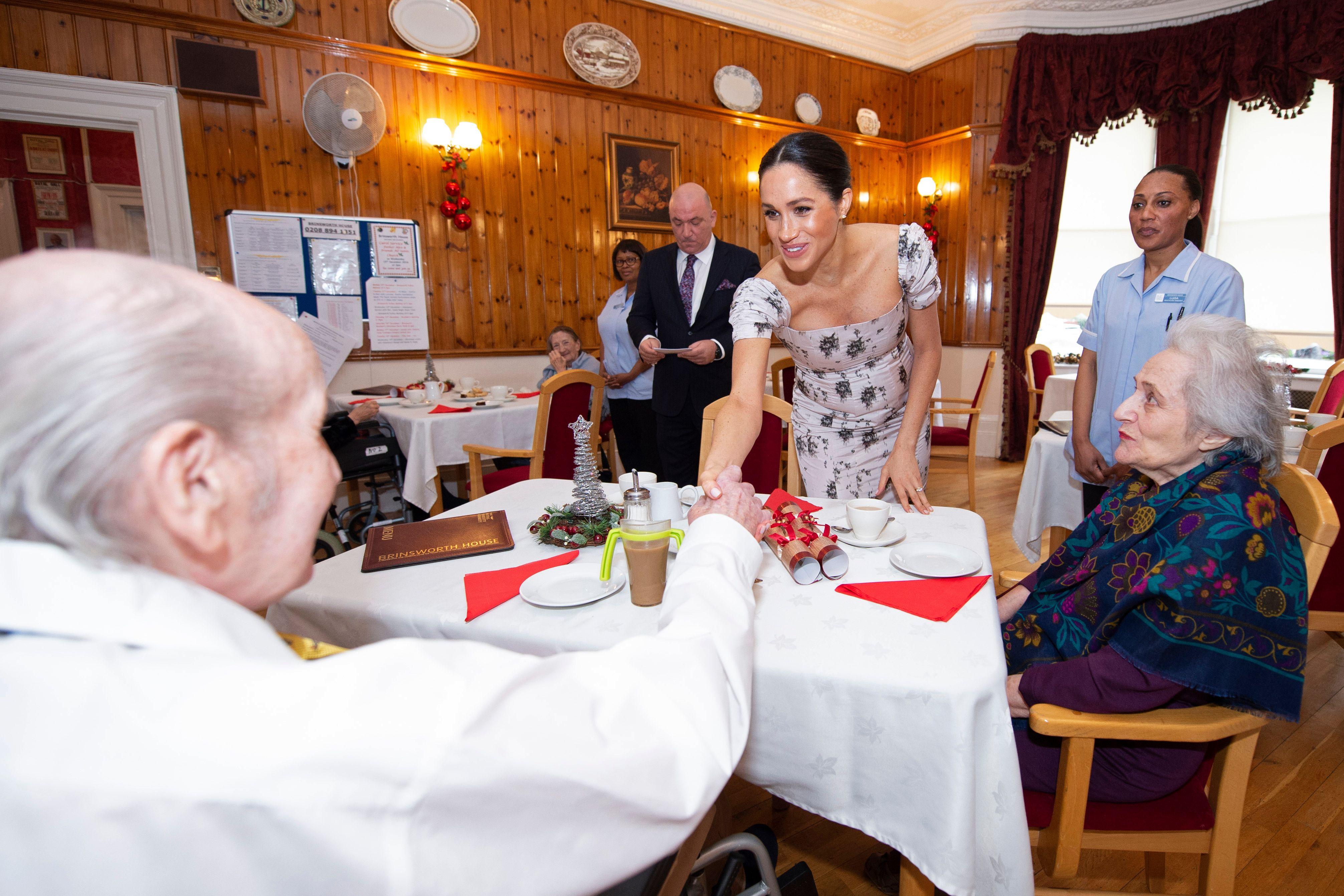 During her visit Meghan looked relaxed and radiant in an £834 floral dress by LA-based designer Brock Collection, as she told residents she was ‘very pregnant’.

The home cares for up to 36 former entertainers, with famous faces Leslie Grantham and Dame Thora Hird among their alumni.

In good company, Meghan chatted to a number of retired actresses and entertainers. 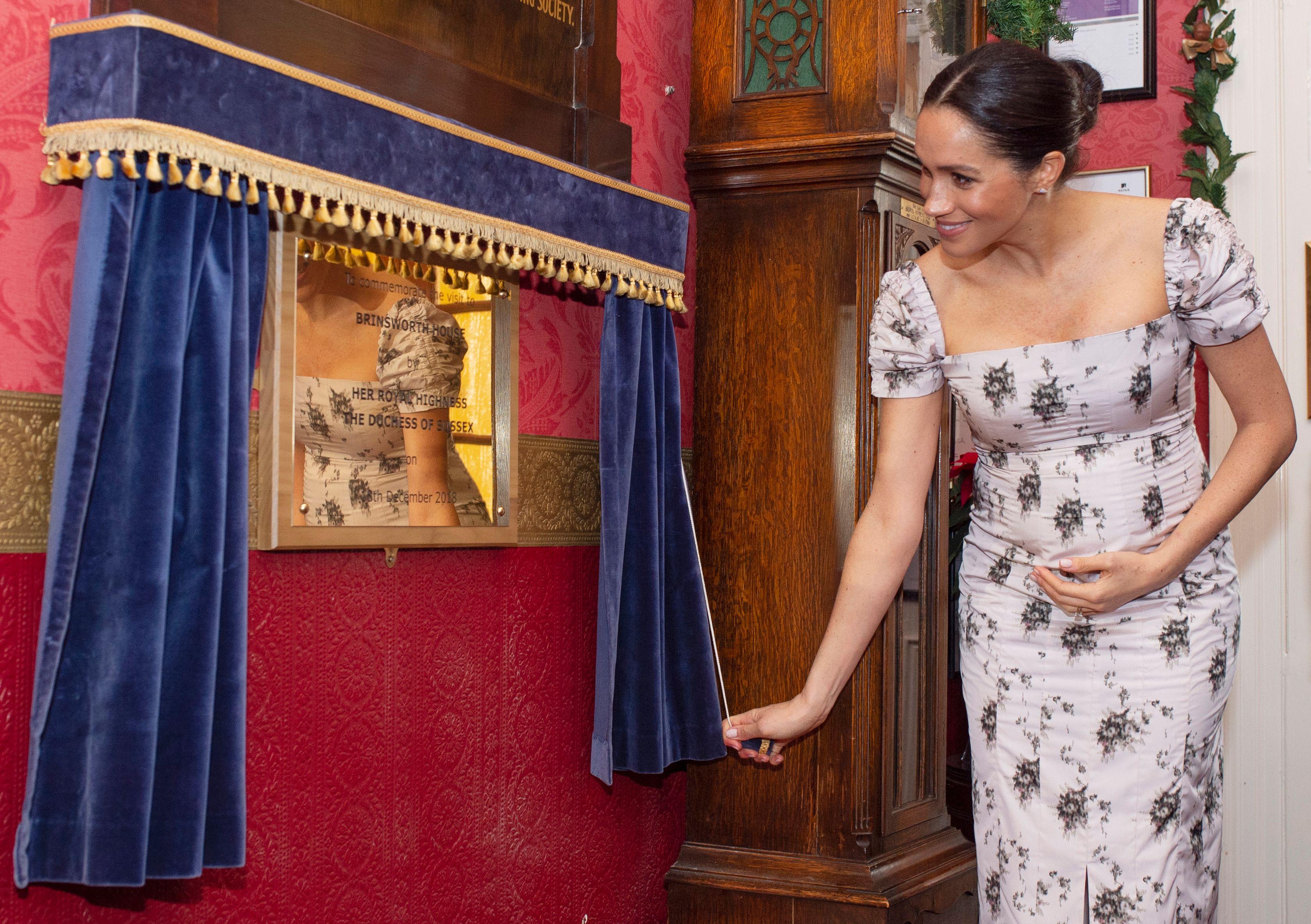 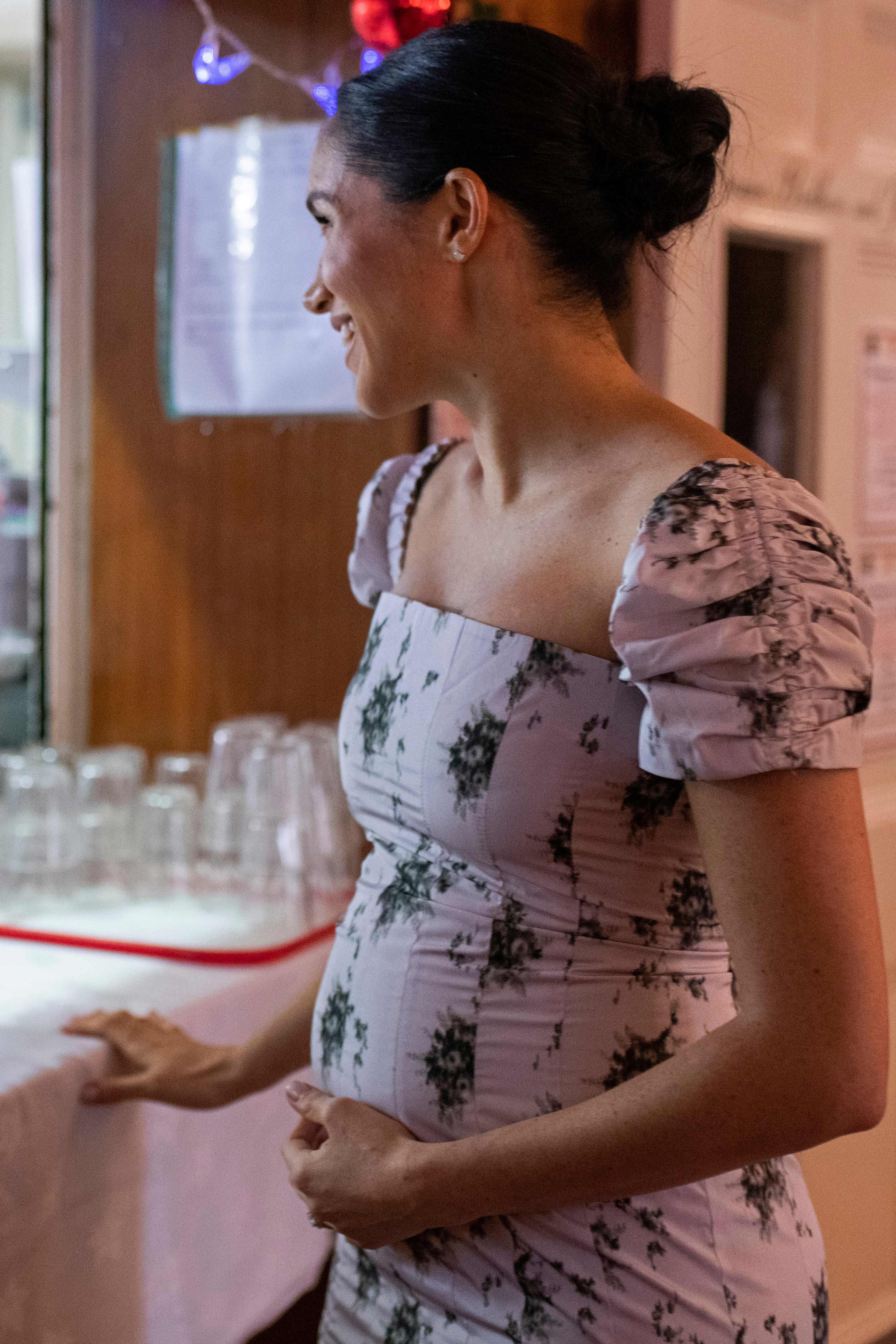 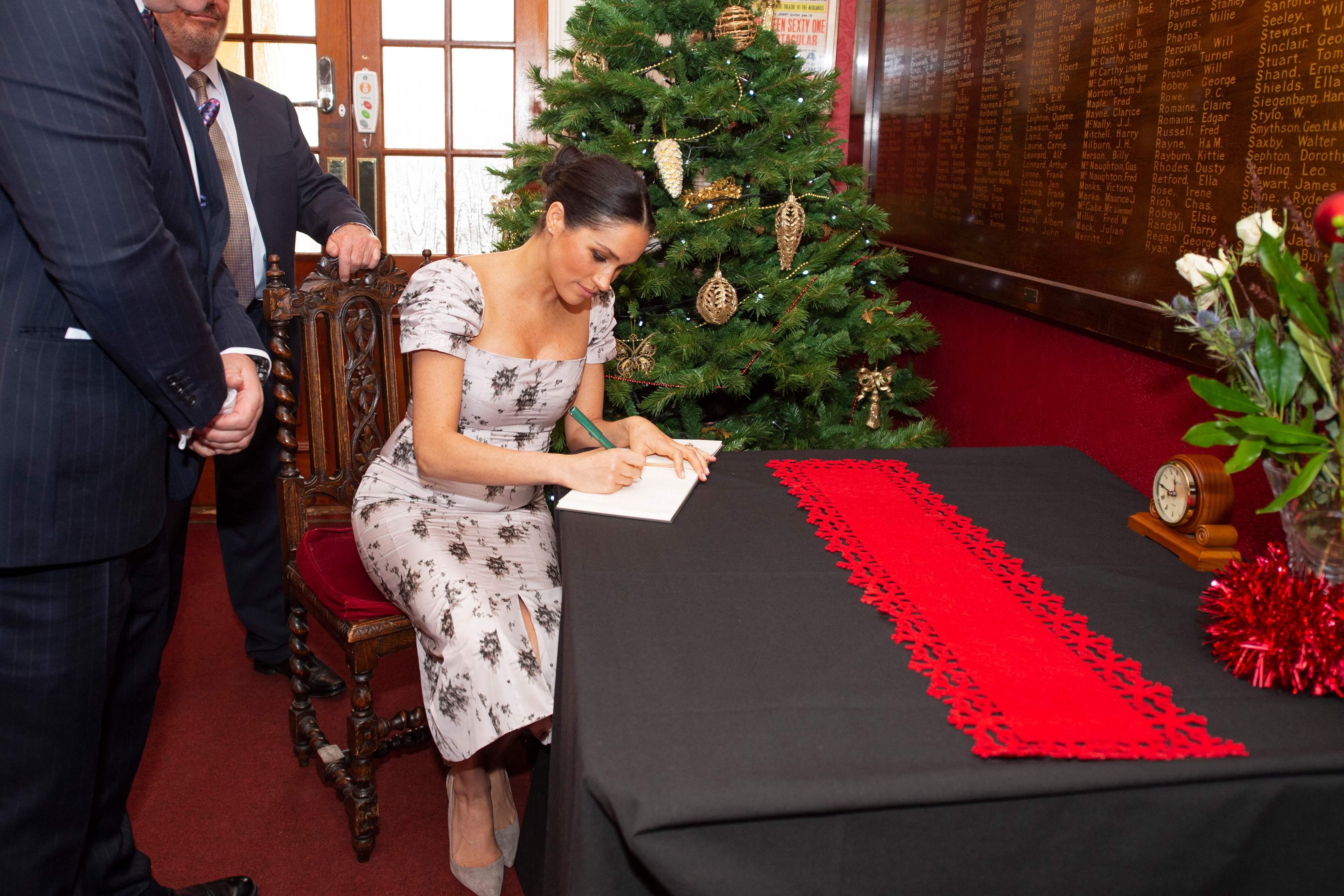 And she even took part in a singalong when the residents began belting out festive hit It’s Beginning To Look A Lot Like Christmas.

When one resident told her they are “all great friends” at the care home, Meghan replied: “I hope I can join the club”.

Meghan showed off her blossoming baby bump in her floral dress, which she teamed with a £550 long grey coat by Canadian brand Soia & Kyo. 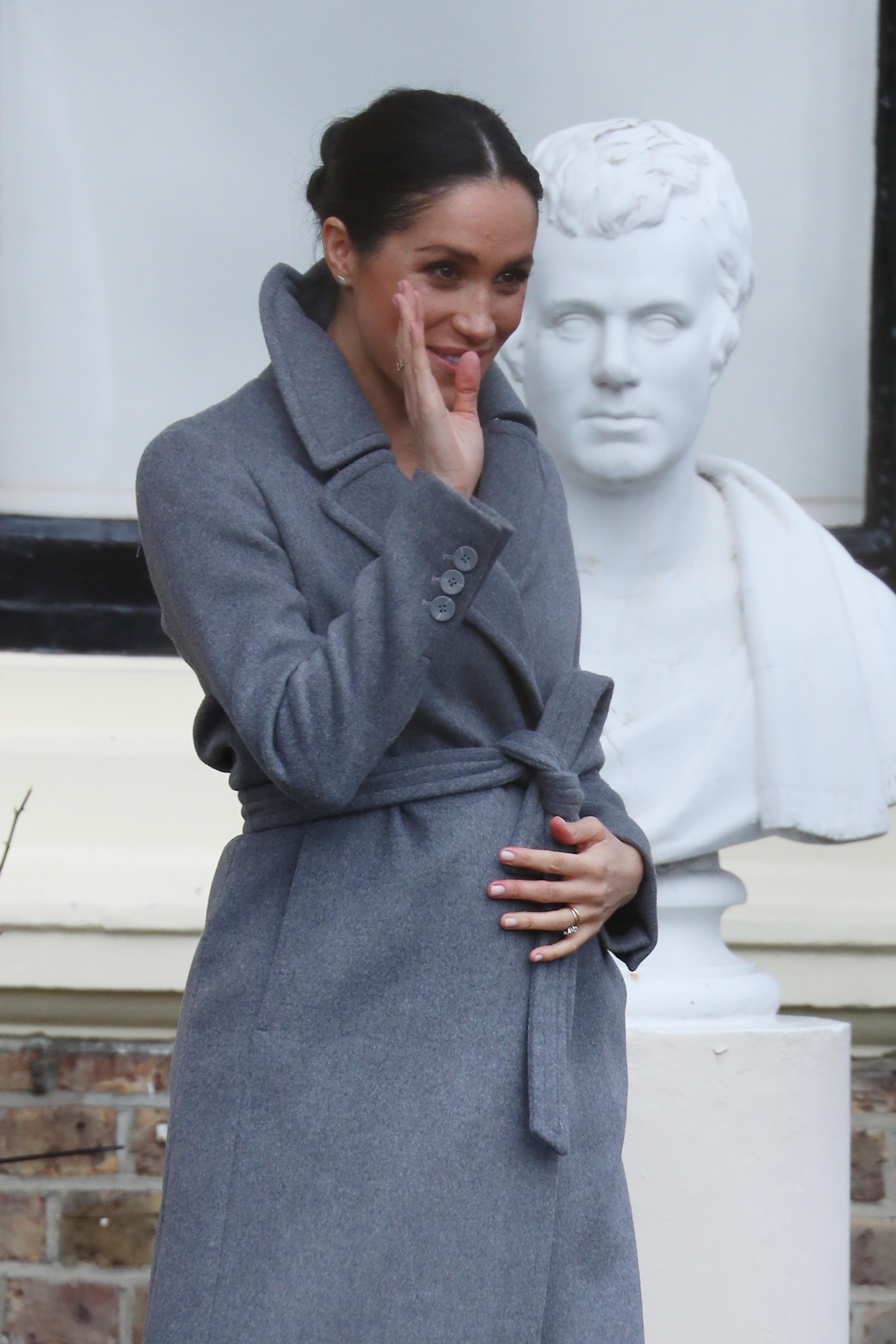 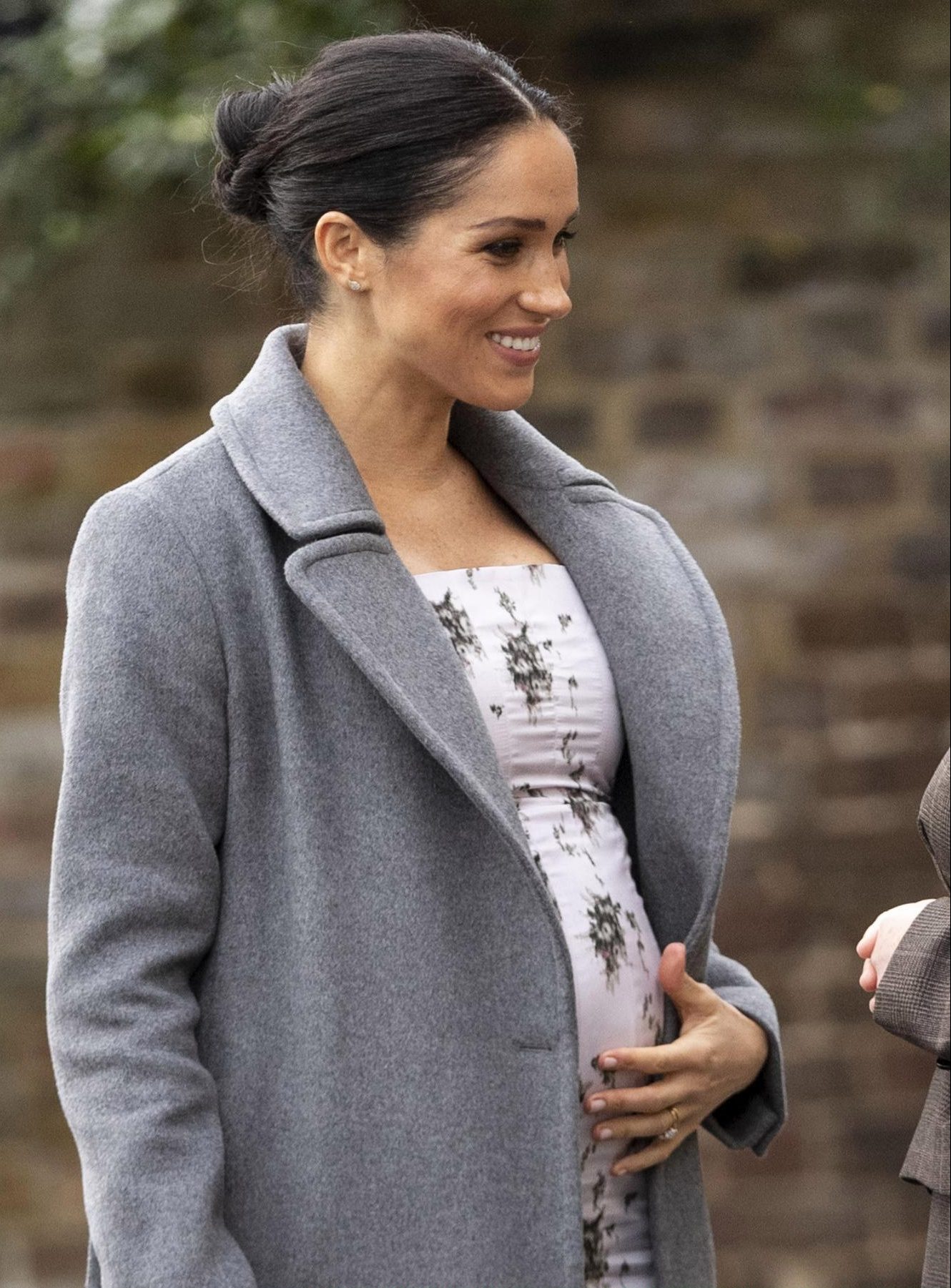 Kensington Palace announced the pregnancy in October, stating the Duchess was due in spring.

But her round bump has fuelled speculation Meghan is further along in her pregnancy than previously thought.

Many people commented on her bump on social media, with some suggesting she could be expecting twins.

Plus both Prince William and Harry have released their Christmas cards this year – so which one do you like best?

The cards being released comes as rumours are swirling about the two duchesses not getting along – although this has been denied by the palace.

We also revealed Meghan Markle vowed to ‘take a risk’ and ‘live a life less stifled’ 18 months before she dated Prince Harry.