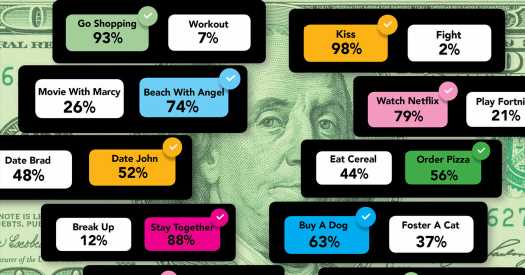 A rash of new start-ups are making it easier for digital creators to monetize every aspect of their life — down to what they eat, who they hang out with and who they respond to on TikTok.

Tens of millions of people around the globe consider themselves creators, and the creator economy represents the “fastest-growing type of small business,” according to a 2020 report by the venture capital firm SignalFire.

But as the market gets more and more competitive — and the platforms and their algorithms remain unreliable — creators are devising new, hyper-specific revenue streams.

One comes in the form of NewNew, a start-up in Los Angeles, that describes its product as creating a “human stock market.” On the app, fans pay to vote in polls to control some of a creator’s day-to-day decisions.

For example, a creator can use NewNew to post a poll asking which sweater they should wear today, or who they should hang out with and where they should go. Fans purchase voting power on NewNew’s platform to participate in the polls, and with enough voting power, they get to watch their favorite influencer live out their wishes, like a real life choose-your-own-adventure game.

“Creators are burning out, but their fans want more and more,” said Jen Lee, 25, the founder of a popular creator economy community on Discord. “By monetizing each aspect of their life, they can extract value from everyday interactions.”

Courtne Smith, the founder and chief executive of NewNew, said the company was “similar to the stock market” in that “you can buy shares, which are essentially votes, to be able to control a certain level of a person’s life.”

“We’re building an economy of attention where you purchase moments in other people’s lives, and we take it a step further by allowing and enabling people to control those moments,” she said. 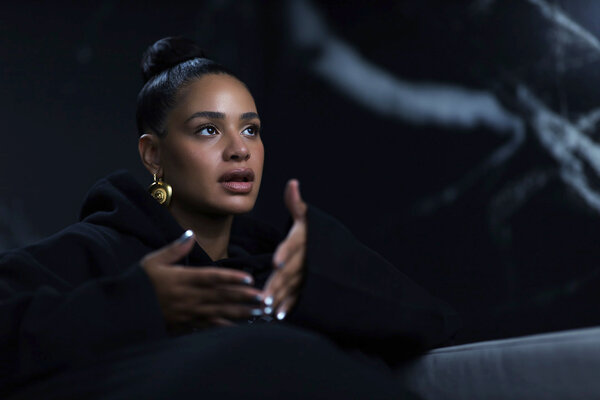 The platform began beta testing with a select group over the last week, and several TikTok and YouTube stars have already begun earning money.

“Have you ever wanted to control my life?” Lev Cameron, 15, a TikToker with 3.3 million followers, asked in a recent video posted to NewNew. “Now is your time. You can actually control things I do throughout the day and vote on it and then I will show you if I end up doing the stuff you voted for.”

He proceeded to ask his fans what game he should play with friends: dodgeball or catch. In the background of the video his friends shouted “catch!”

Alas, 78 percent of fans voted dodgeball. (Mr. Cameron said he didn’t really want to play dodgeball because it could damage a fence in the yard, but the fans had spoken.)

“When they vote, I do the thing they vote for,” he said. “It’s not like, oh, I secretly do the other thing. It’s surprising how many people vote and what they vote for.” (Mr. Cameron has also allowed fans to dictate what he watches, what video games he plays and the name of his pet hamster.)

Ms. Smith said the platform reserves the right to ban users who post polls that are offensive, inappropriate, dangerous or break the law.

While the beta test is still invite-only for creators, Ms. Smith hopes that eventually everyone — from celebrities to average people — will be able to leverage it to monetize their lives.

“Sure, it’s fun to control a famous influencer or celebrity, but it’s honestly just as entertaining to control someone you go to school with, or your boyfriend’s ex-girlfriend, or an author planning their next sci-fi novel, or a beauty founder creating their next makeup palette,” she said. “It doesn’t matter how boring you think you are, there’s someone out there who would find your life interesting to the point that they’re willing to pay.”

Well-known creators who aren’t yet monetizing the minutia of their lives are still making money on everyday digital interactions. (Why comment, like, or share someone’s photos or videos if you aren’t getting paid?)

Recently, a platform called PearPop has become popular for allowing fans to pay for interactions with their idols on social media. For $250, for instance, the TikTok star Griffin Johnson will comment on your video. If you don’t have $250 to spare, you can offer your best bid.

“Monetizing your social presence has traditionally only been accessible to those with a large following that can secure big brand deals,” said Cole Mason, the co-founder and chief executive of PearPop. “This is no longer the case. The idea for PearPop democratizes creator monetization by providing something that makes a lot of sense for creators with 10,000 followers and 10 million followers alike.”

Collaborations between stars (and up-and-coming creators) are also increasingly more easily monetized. Another new tool, called Stir, is seeking to help creators split money for videos they make together.

“We think the future of creator monetization is collaboration,” said Joseph Albanese, the C.E.O. and a founder of Stir. “We let creators take any place they make money, whether it’s a YouTube video or Shopify store, and split the revenue with other creators.”

The crypto world has also proved enticing for creators looking to monetize interactions.

Rally.io, a crypto platform, allows creators to start their own digital currency in order to build independent economies with their fans. Fans can purchase the creator’s currency and use it to unlock exclusive or unreleased content.

The Clubhouse star Bomani X has begun offering his own $BOO Coin currency and the Twitch creator FanHOTS has introduced $FAN Coin; fans who hold the coin can use it to choose which character he will play in online games.

And then there is the world of nonfungible tokens (NFTs), which are pieces of digital art and media that live online. Though anyone can see an NFT on the internet — buyers do not get to “own” anything in a physical sense — they have become a fast-growing market. The pieces of digital media function as rare collectibles. The YouTube star Logan Paul recently sold $5 million worth of NFTs.

“There’s a potential to earn a huge amount of money,” said Joshua Wanders, 30, a YouTube creator with more than 8.7 million subscribers. “It’s pretty much 100 percent profit driven by mania.”

Last week, Mr. Wanders and four other creators released photos of their feet as NFTs. (What makes these images NFTs is blockchain technology, which can be used as an immovable record to designate authenticity in ownership.)

The creators uploaded their feet photos onto an auction site and livestreamed the bidding. The livestream was also monetized.

Zack Honarvar, 27, the founder of the talent management firm One Day Entertainment, said that he and Airrack, a creator he manages, have been playing around with using NFTs to give fans “shares” of a YouTube video.

“Before the video goes up, we could break it into, say, 10 clips, then mint those 10 clips as NFTs,” Mr. Honarvar said. “When someone buys that NFT, that person would be entitled to a one tenth split in ad revenue from the video. By buying in advance you’d become a shareholder of that video.”

The goal would be to use NFTs to create a wholly decentralized fan-owned and fan-operated YouTube channel. “A YouTube channel in which the fans can dictate everything,” Mr. Honarvar said.

The only hurdle is the Securities and Exchange Commission, which does not allow NFT sellers to guarantee revenue as part of ownership.

Still, to Mr. Wanders and other creators, these schemes feel safer than building businesses solely on social platforms, which can prove fickle. Their algorithms and community standards can change, as can their monetization structures — not to mention, they could go out of business. “With the internet and YouTube, there’s always the concern of being demonetized and having your channel canceled,” he said, “so people are always looking for alternative ways to earn money. You never know where the platforms are going to take you at the end of the day.”

Pay to Play, but for Creator Drama

As creators concoct new ways to monetize their followings, Elijah Daniel, 26, a creator in Los Angeles, is helping followers put a price on the creators. On Friday, he launched the Clout Market, which is a little bit like trading cards, but of influencers.

The price for these items is determined by the creator’s relevance online. Mr. Daniel worked with a developer to create a dynamic pricing structure that adjusts prices in real time. (It pulls from social and analytics platforms data.) If a creator loses or gains followers or trends on Twitter, the price of the NFT Mr. Daniel created for them will go up or down.

Mr. Daniel said the goal of selling these NFTs is to let fans monetize the drama surrounding their favorite influencers. “A lot of fans will buy these for support,” he said, “haters will buy them to bet on people’s downfall.”

“Influencers and social media stars are making so much money off drama and scandals,” he said, “and most of them are fake. This is a way for the fans who follow along so heavily with everything to be able to invest in those scandals and make money too.”

He added: “If we have to go through another scandal, we all better be getting paid for it.”

“This is the first-wave of creators adopting new technologies to connect with an already engaged fan-base,” said Jeremiah Owyang, a creator adviser to Rally.io. “But instead of it being one-way and solely transactional,” he said, “the fans are as much part of the creation experience as the creator.”