Slightly older than your typical Instagram model, Helen Van Winkle is the site's newest model and fans think she is 'slaying' the game. 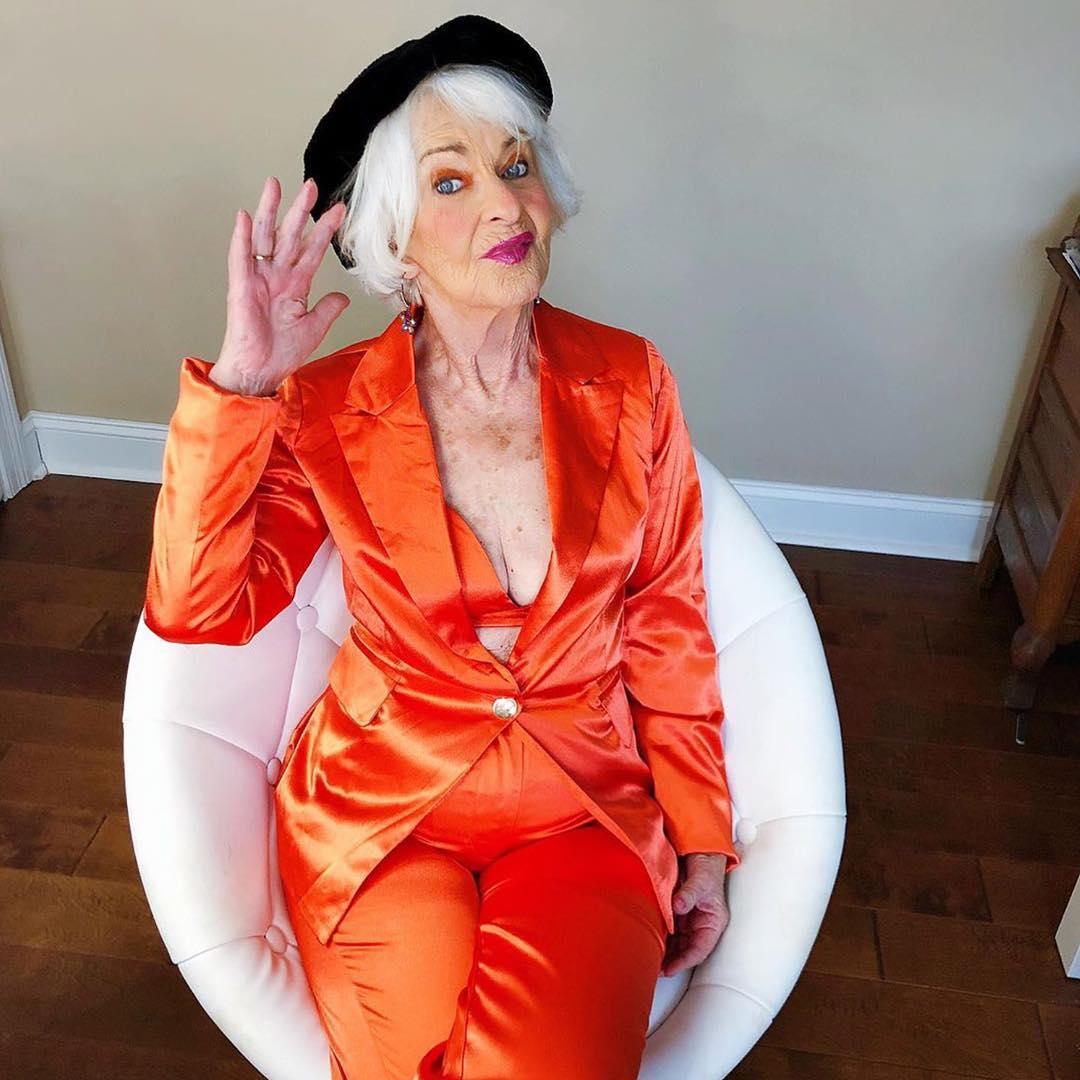 Helen, also known as Baddie Winkle, is an online personality and influencer with more three million followers – famous for her eccentric fashion sense.

Fashion Nova posted the image of her wearing their "Slayin' It 3 Piece Set" earlier today, and it's already amassed more than 13,000 likes.

The 'world's coolest grandmother' strikes a sassy pose in the bold orange suit, which reveals a tiny orange bikini-style top under the suit – not the outfit you'd normally see an OAP in.

Fans of the fashion brand have commented on the image praising Helen's sass, and claim she is "slaying". 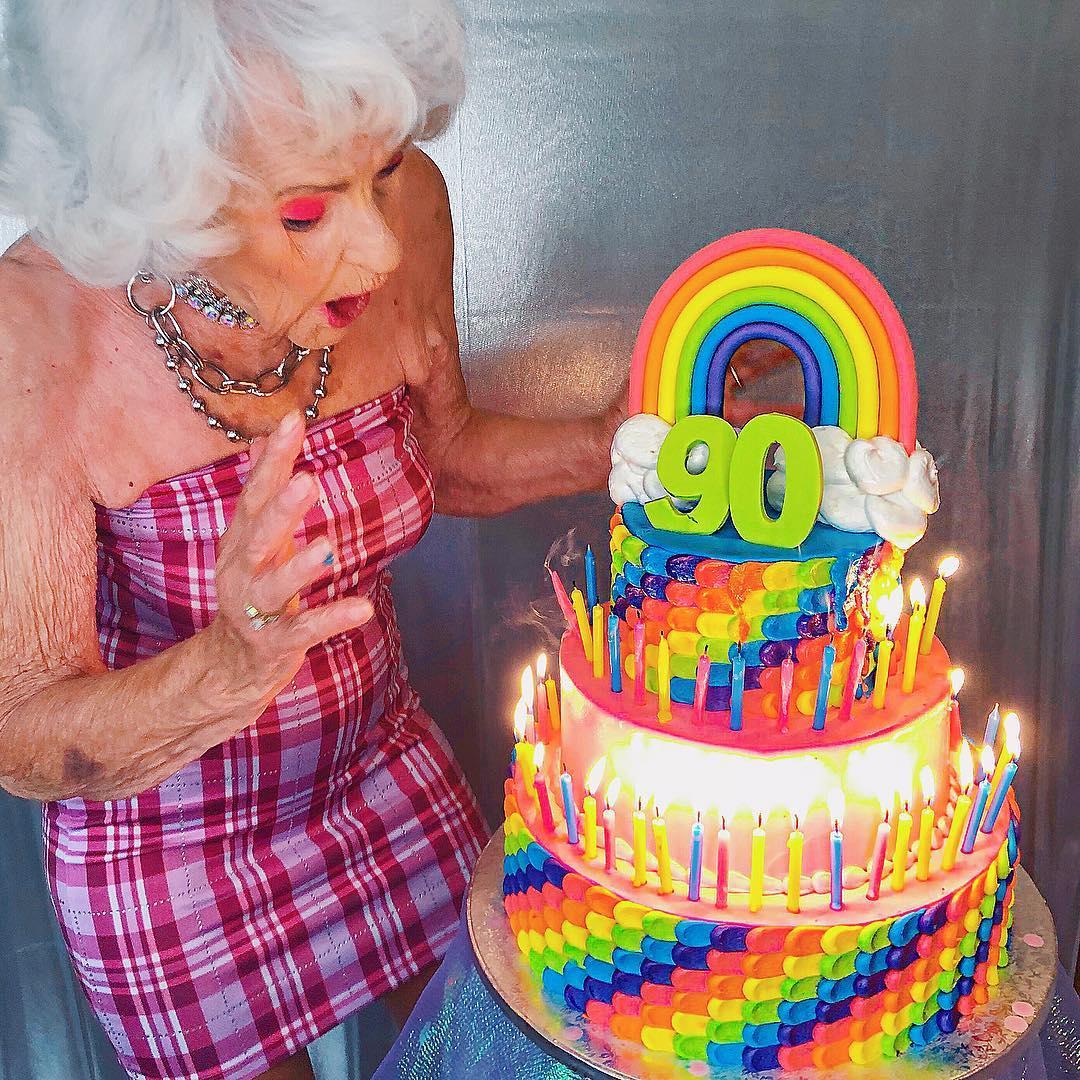 Baddie Winkle is a huge hit with fashion fans of all ages, so it's no surprise the image of her in the metallic suit went down a treat.

With a huge group of high profile celebrity friends such as Miley Cyrus, Nicole Richie, Rae Sremmurd, Fergie and even the Kardashians – the great grandmother is a fashionista like no other. 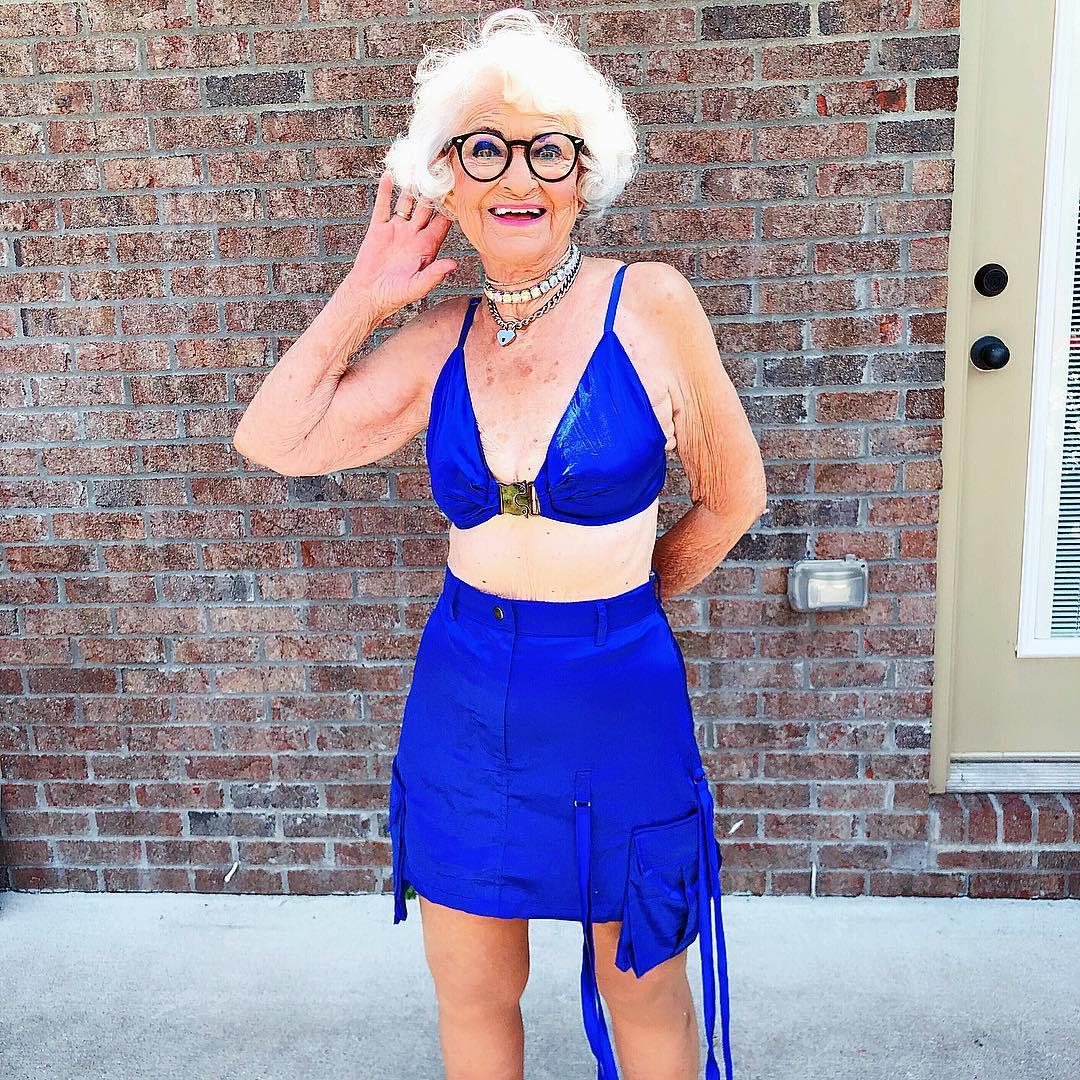 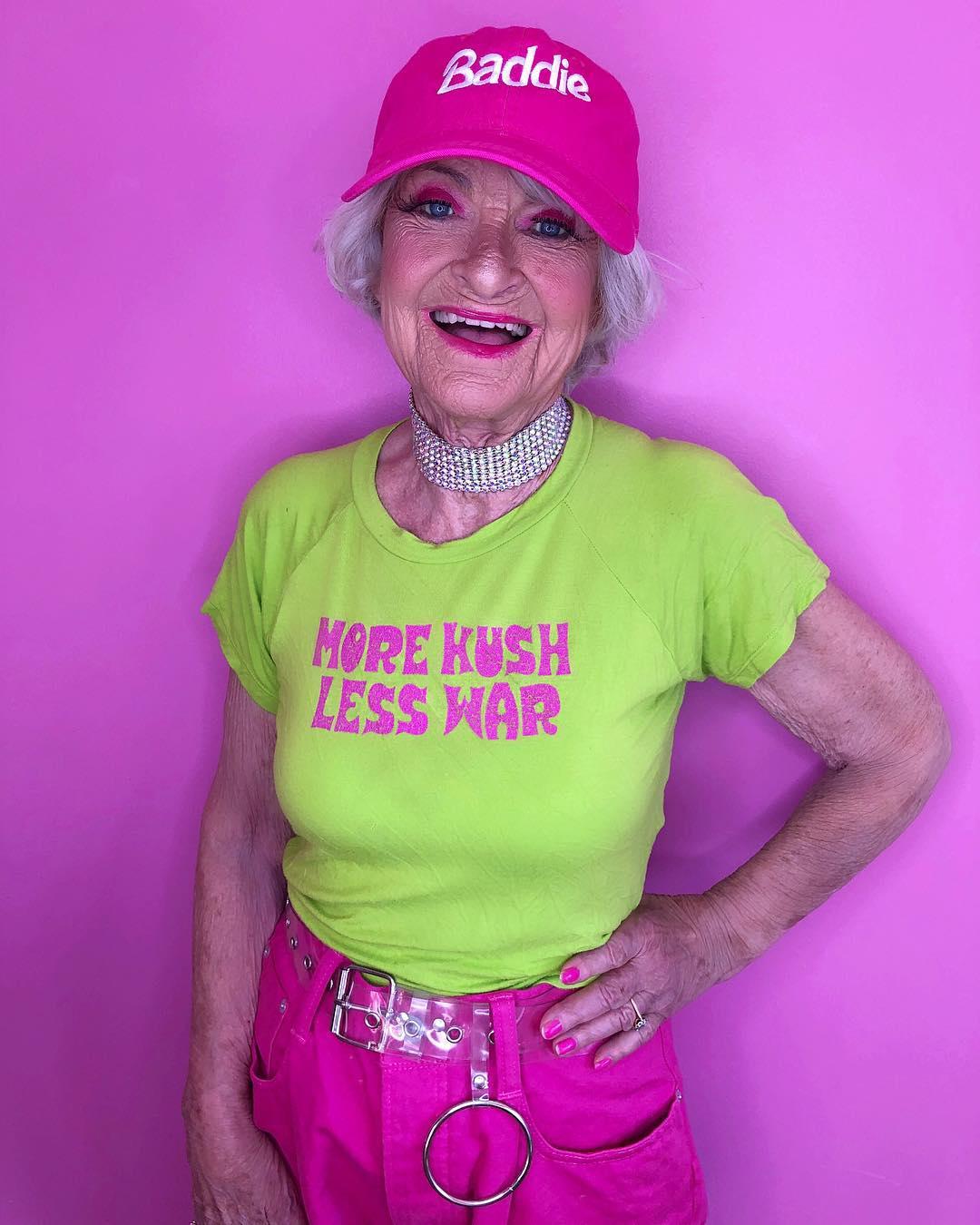 Helen, from Kentucky in the US became an overnight sensation in April 2014 – when her 17-year-old great-grandaughter Kennedy came home from school to see her great-grandma wearing a pair of cut-off jeans, a Grateful Dead tie-dye t-shirt and Huf socks.

Speaking to the Telegraph, Baddie Winkle said: "She immediately said "Granna, let’s go take a picture of you and put it on the internet!"" 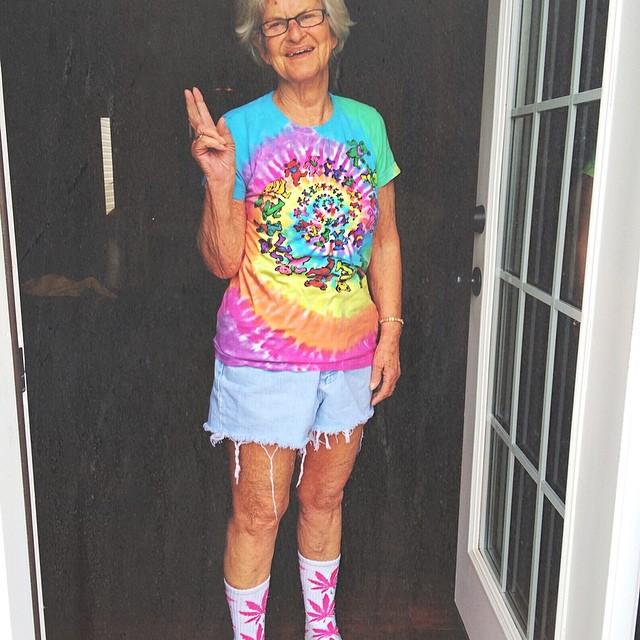 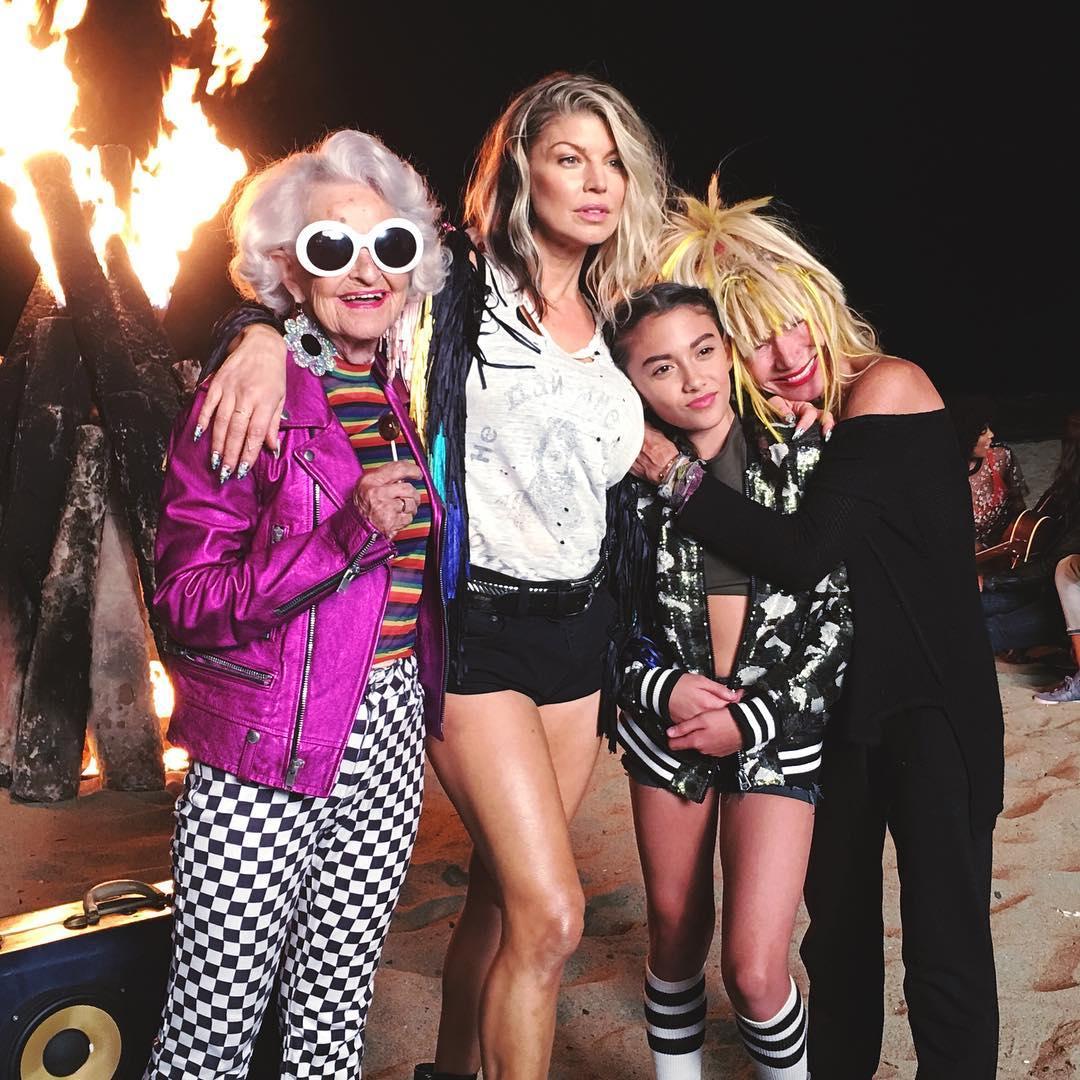 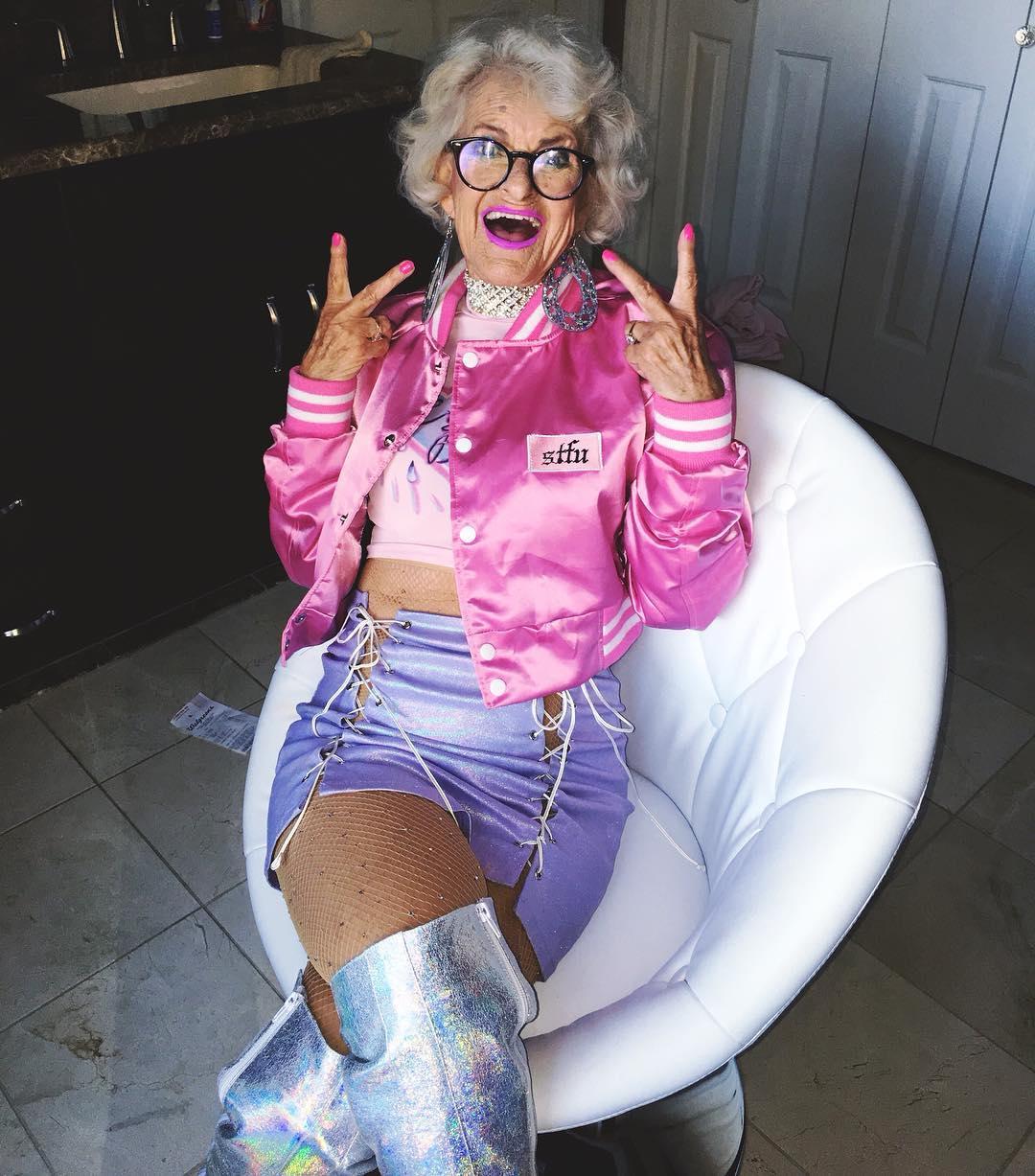 The photo went viral overnight, and was even liked by Rihanna.

At the age of 85, Baddie Winkle became an internet sensation and has since been the face of Missguided, worked with Smirnoff vodka and has even appeared on Nicole Richie's reality show.

Born in 1928 – as her famous tagline states – Helen didn't have the easiest life.

She told The Mirror: "I was born in 1928 during the Great Depression, and money was tight, but I always tried to dress stylish."

"We didn’t have many clothes, but I took care of my look and I dreamed of being a movie star – I guess in a way I made it to Hollywood in the end.

She added that life has been hard for her: "My husband Earl was killed in a car accident on our 35th wedding anniversary, and, 20 years later, I lost my son David to cancer.

"You’re never supposed to lose your son. I fought for years trying to get over their deaths. I miss them every day. That’s life, you have to take what you get." 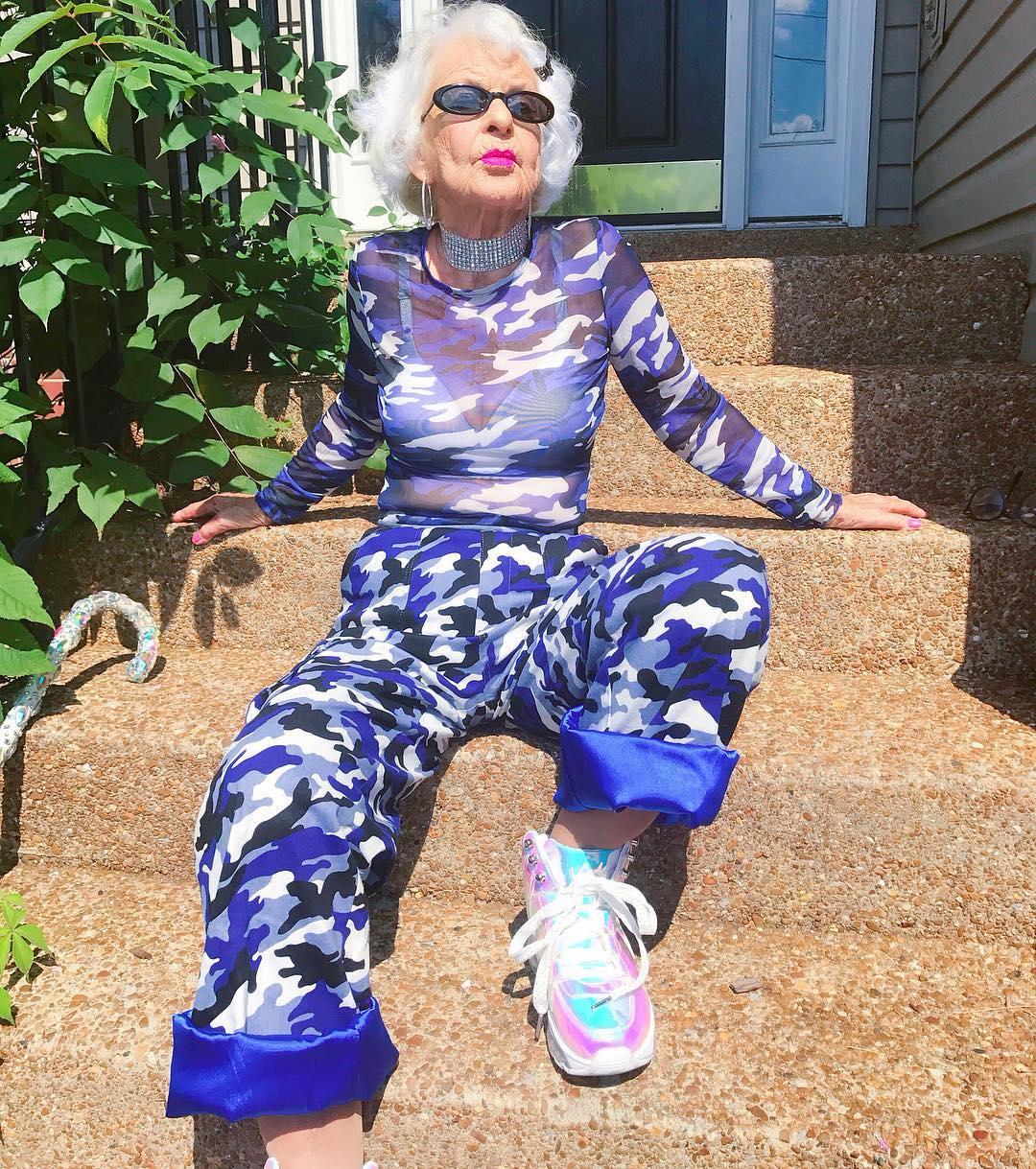 Since blowing up online, Helen has been subject to some trolling, but she doesn't listen to the haters.

She said: "Of course, there are some nasty people online, saying things like, ‘She belongs in an old folks’ home!’ But I’ve always been a rebel, all my life.

"If someone tells me I can’t do something, I’m gonna show ’em I can. It used to hurt my feelings, but now I pray for those basics." 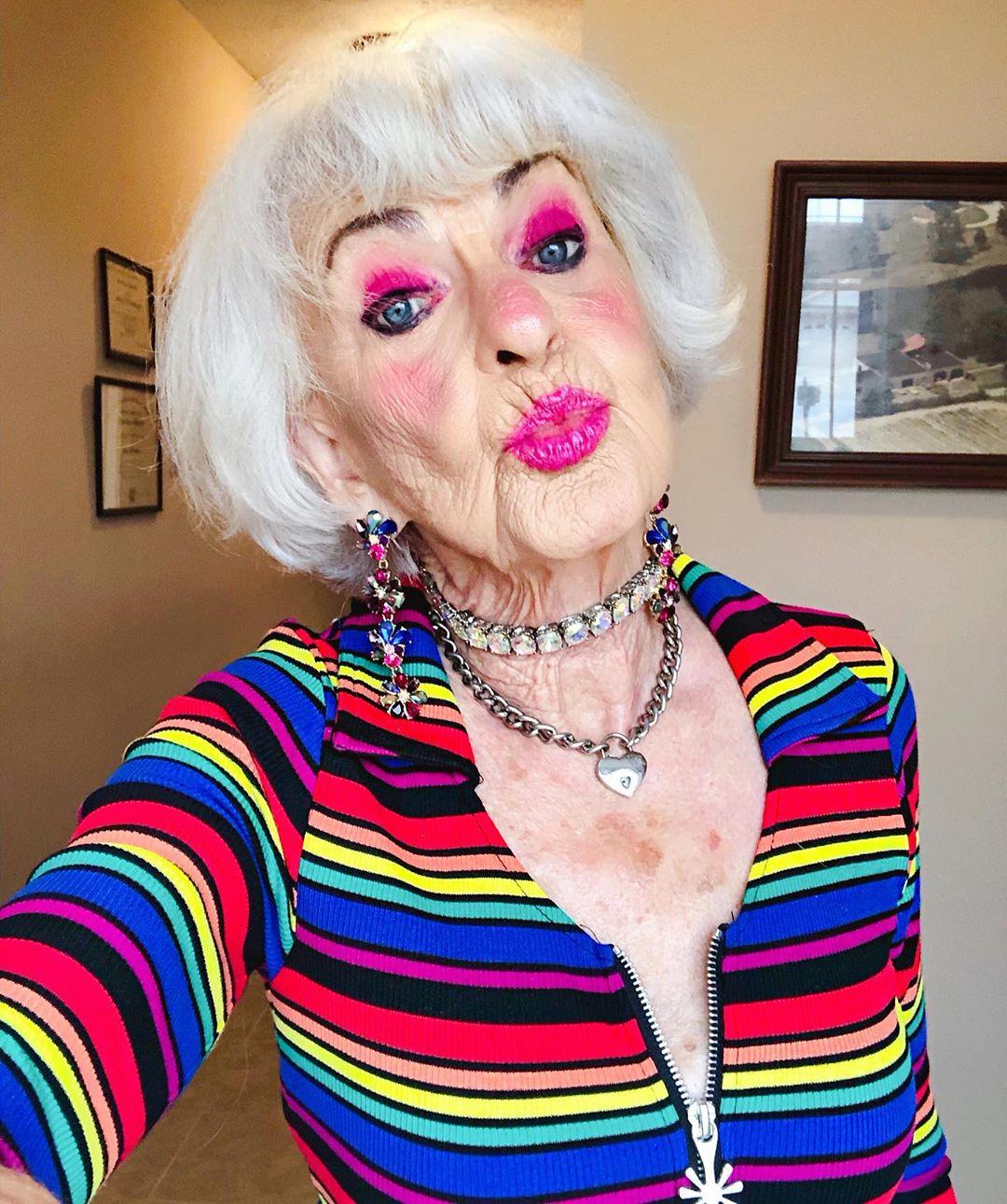 Her outgoing personality and bold fashion choices makes her a perfect selection for Fashion Nova, and it's no surprise they want Baddie Winkle as a member of their influencer army.

Since it launched in 2014 – Fashion Nova's sales have grown "exponentially", according to founder Richard Saghian.

He built his empire based around what people obsess over on social media sites, and used a mix of high profile and smaller influencers for promotion, exchanging free clothes rather than money for advertisement.

The popular e-tailer is often coming up with great designer dupes, and their red sequin and feather get-up was no exception, coming in at over £300 cheaper than the original.

However, they often have some rather questionable items on their site, such as these suspender leggings that show off half your bum.

And another pair of trousers, called the 'Nothing to Hide' – were completely see through!