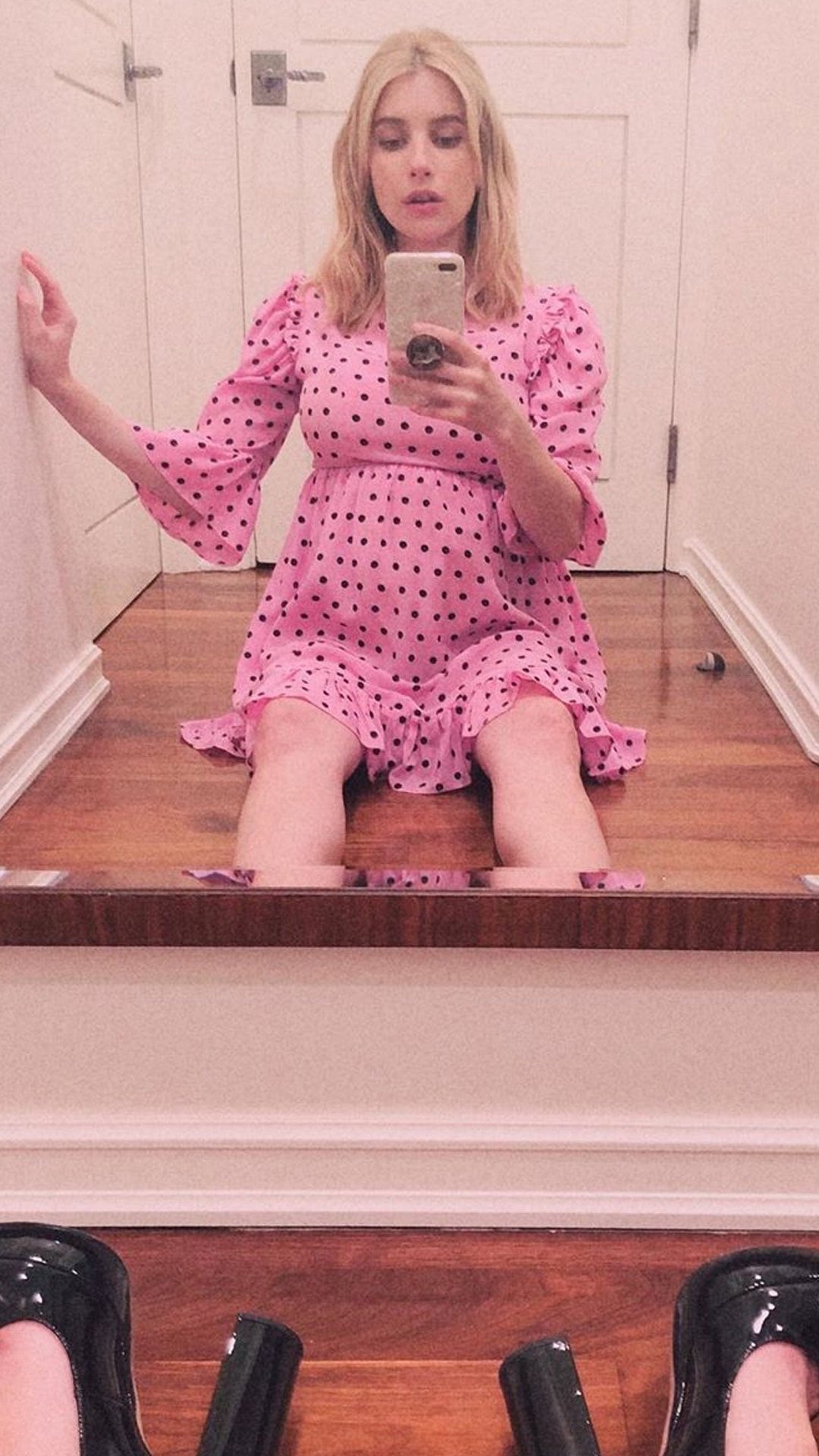 Chanel Oberlin would be so proud.

Emma Roberts continues to serve fashion and beauty lewks during her pregnancy—and her latest ensemble is no different. The actress took to Instagram on Saturday, Sept. 12 to show off her growing baby bump in one swoon-worthy outfit.

"Baby doll dress has a whole new meaning," she captioned her post, alongside a mirror selfie that revealed her stylish designs.

In her photo, Emma slipped into a millennial pink dress by Batsheva.

This isn't the first time in recent weeks that Emma has shown her pregnancy glam. Over Labor Day weekend, the American Horror Story alum posted a selfie of her chic poolside attire.

Emma donned a black one-piece swimsuit by J.Crew, which was adorned with red flowers. She accessorized with red Mulberry sunglasses.

Even the star's pregnancy announcement was a style moment.

Wearing an off-the-shoulder dress in an angelic cream-color, The Hunt actress looked fabulous.

"Me…and my two favorite guys," she wrote on Aug. 30. It marked the first time she revealed her pregnancy news and little one's gender with boyfriend Garrett Hedlund. This will be the couple's first child together.

Prior to Emma's announcement, her mom sort of spilled the beans. As the pregnancy speculation floated around online in June, Kelly Cunningham responded to people's celebratory comments on Instagram.

"Thank you so much! Very excited," Kelly replied to one user. When someone asked if Emma was pregnant, Kelly answered, "Yes!!"

As for Emma and Garrett? Their exciting baby news comes over a year after they first sparked romance rumors in March 2019. At the time, a source close to the actress confirmed she and Evan Peters had officially called "off their engagement" and broke up after Valentine's Day.

"They have had their ups and downs for a while now and were really trying to make it work," the insider explained. "Their split was a long time coming."

Garrett was previously in a long-term relationship with Kirsten Dunst.