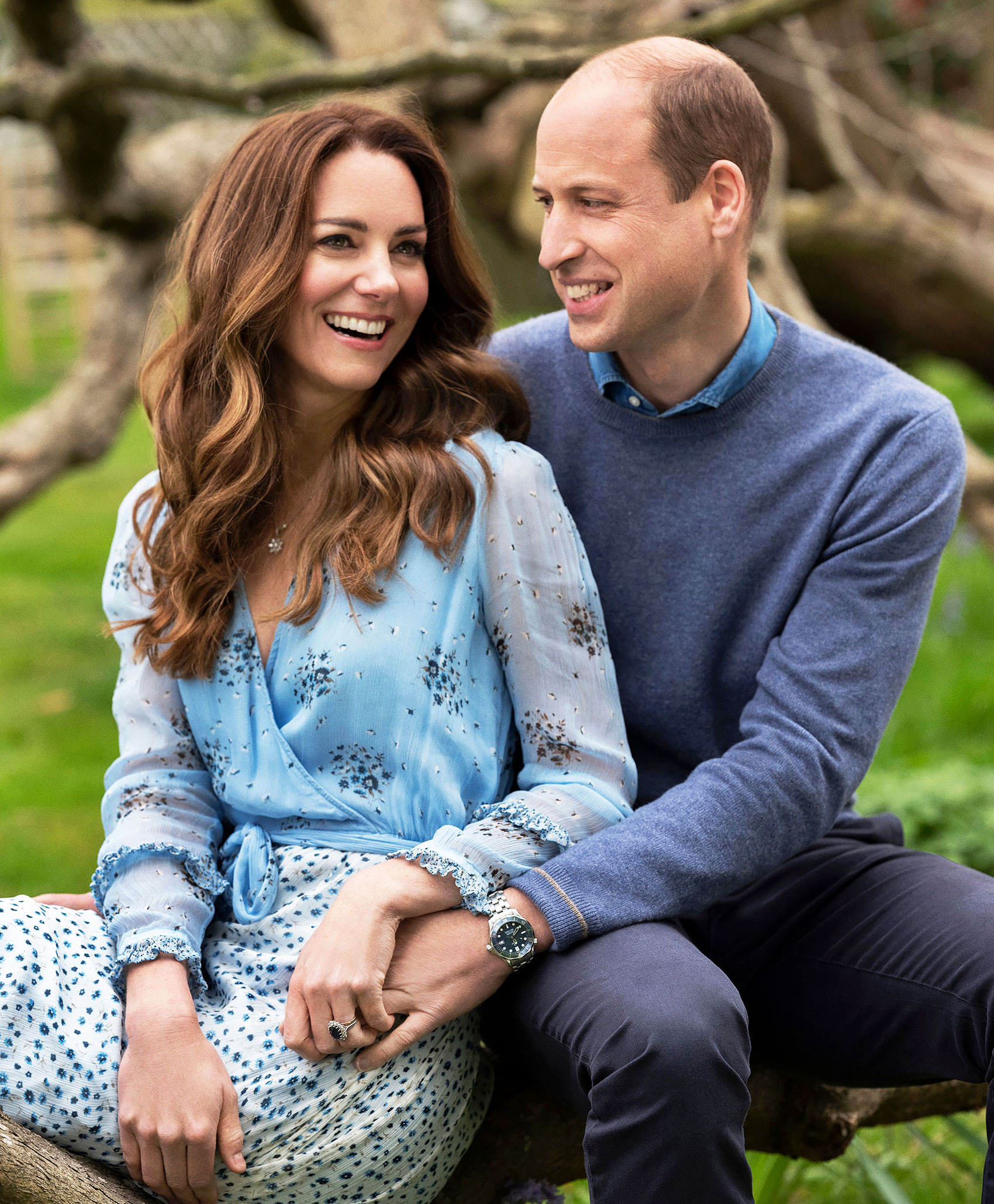 To ring in the momentous occasion, the Kensington Royal Instagram graced Us with two stunning portraits of the couple — and Stylish simply had to take the opportunity to dive into the blue floral dress of it all.

The prince and duchess both chose to wear blue for the photo op, which is not surprising considering the two have quite the history of color coordination. In fact, on April 27, they visited Manor Farm in matching army green ensembles.

Kate could have easily sought out a new gown or summoned a custom made dress for the pictures that will quite literally go down in history.

Instead though, the duchess chose to recycle an outfit previously worn in October 2019. The summery chiffon blue wrap dress, which features a floral panel and ruffling, is the same frock she slipped on during her royal tour of Pakistan. While no official photos of this particular outing were released, photos were leaked on social media.

At the time, royal style watchers were able to identify the whimsical maxi dress as the $236 Avery wrap dress from Ghost. As is typical with most of Duchess Kate’s fabulous fashion, it’s no longer available on the company’s website and is currently out of stock on ASOS, where it retailed for $308.

During her time in Pakistan in 2019, the Duchess of Cambridge paired the frock with nude flats, dangling earrings and wore her hair in a half up ‘do. When it came time to celebrate a decade of marriage though, she made subtle changes to her attire. 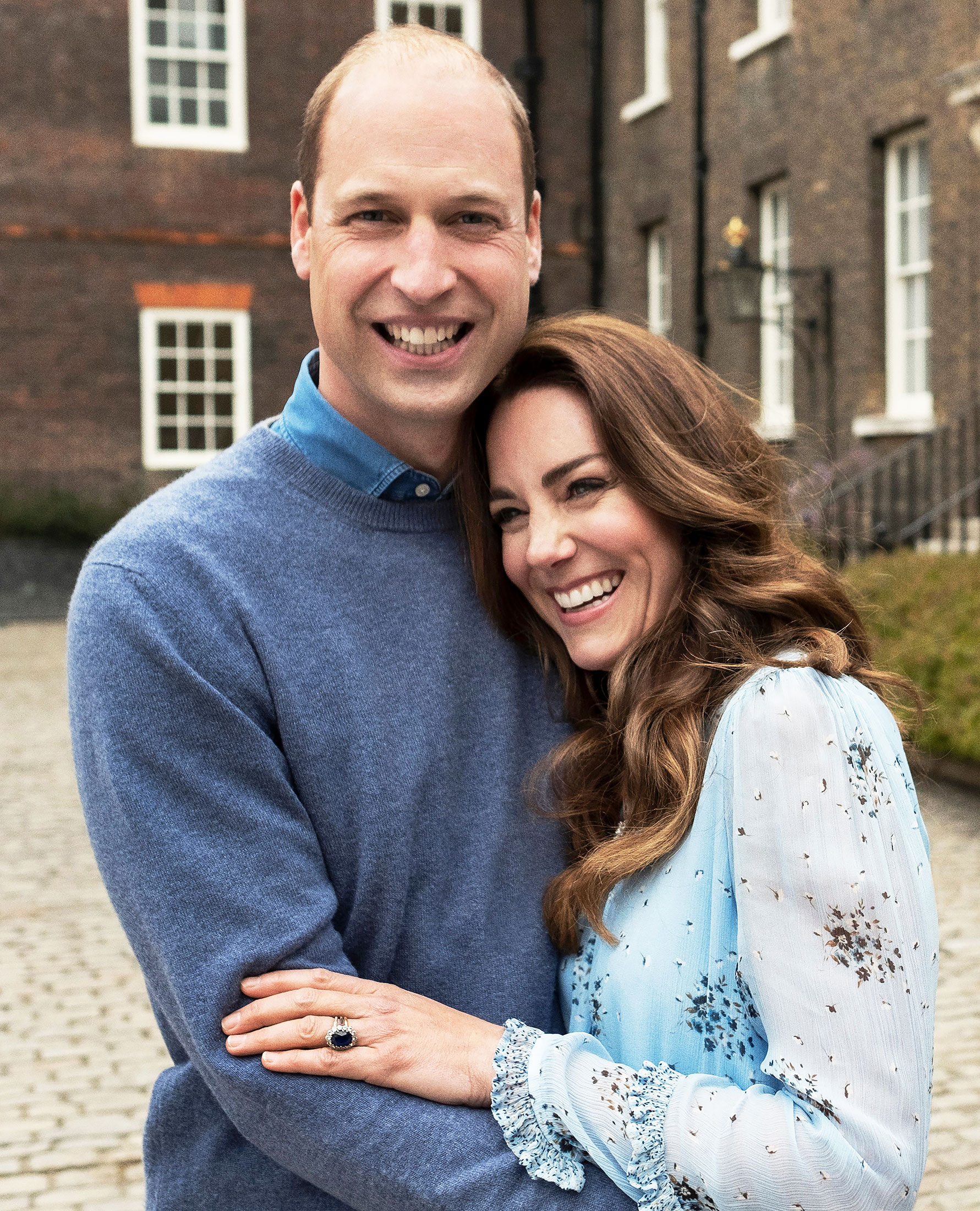 Her hair was kept down and styled in her trademark voluminous waves. Of course, she also wore her stunning sapphire engagement ring, which once belonged to Princess Diana.

The duchess also added an additional bauble to her ensemble — a $12,350 daisy-shaped diamond necklace from Asprey London. According to the brand’s website, the gorgeous pendent features “individually set marquise cut stones as the flower’s petals.”

The description goes on to explain: “Each is held in place with two perfectly formed V-shaped claws, designed to allow maximum light to pass through the stone. the center of the flower, meanwhile, is set with a half ball of pavé diamonds, replicating the texture of the daisy’s center.”

As for her glam, Kate stayed true to her classic makeup — a soft glam eye and peachy pink lip.

We’d be remiss not to touch of Prince William’s outfit for the special day. He wore a chambray button up underneath a cashmere blue sweater, which he paired with navy pants.

The couple first exchanged vows on April 29, 2011, at Westminster Abbey in London. Since they first tied the knot, they’ve welcomed three children: Prince George in July 2013, Princess Charlotte in May 2015 and Prince Louis in April 2018.