Dolly Parton is the gift that keeps on giving! The country music icon dazzled in a beaded white dress during her ‘Holly Dolly Christmas’ special on CBS on December 6! See her full look!

Dolly Parton was a vision in white on Sunday night! The country music icon, 74, was all dolled up for her Holly Dolly Christmas special on CBS, which had her performing classics in a gorgeous white dress. Dolly’s angelic ensemble was covered in gold beading and included detachable sleeves and a train. 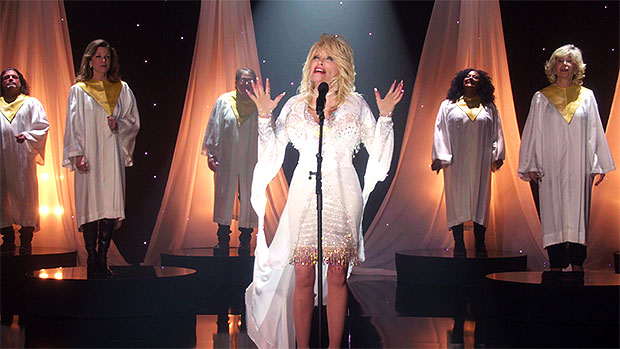 The longtime hitmaker rocked her usual long nails and wore her signature blonde locks down and curly. Dolly also donned a red lip for festive occasion. During the special, she shared intimate stories and personal experiences after a tough year.

Dolly’s holiday special was a big hit to say the least. A Holly Dolly Christmas gifted CBS with both the largest audience (6.2 million total viewers) and the best demo rating (0.7) for any entertainment program on Sunday night — this is according to HollywoodLife‘s sister site, TVLine. 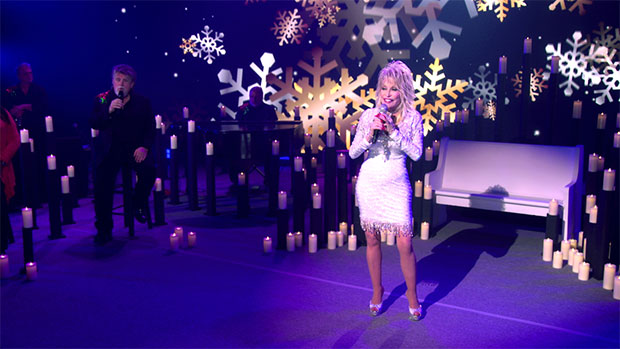 Dolly’s Christmas special comes just a few days after she performed at the Christmas in Rockefeller Center special on December 2. The singer appeared remotely to perform “All I Want For Christmas Is You” with late night host, Jimmy Fallon. She garnered much attention for her stage ensemble, which included a sexy Santa costume and red high heels.

Both holiday specials come on the heels of the October 2 release of Dolly’s Christmas album, A Holly Dolly Christmas — her first holiday album in 30 years. She debuted Home For Christmas in 1990. The festive record features vocals from stars including Michael Buble, Willie Nelson, Dolly’s Goddaughter Miley Cyrus, and more.