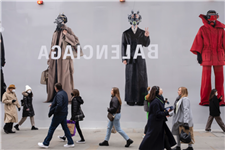 Creator and entrepreneur Lamont “Tory” Stapleton took to Instagram yesterday to bring attention to an alarming issue that often affects Black creatives; appropriation. The multi-hyphenate made a reel calling out Balenciaga for “borrowing” a design of his without his permission and selling the appropriated design at 25x the price. Stapleton detailed the story from ideating his design to finding out years later of Balenciaga’s similar design in an IG video.

In 2019, Stapleton  created a black crew neck with the word “FREE” embroidered as part of his line Struggle is Common. He states in the video that he soon after attended a private party in LA with “some of the biggest names in fashion and some of the most influential people in the world.” The video then shows a montage of Stephens wearing the sweater alongside the likes of Paris Hilton, the Kardashians, Ye, etc. 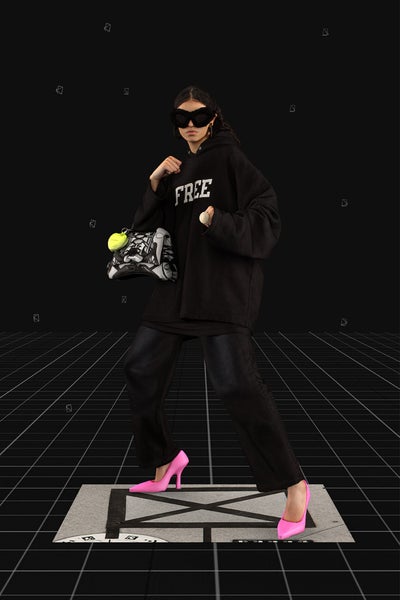 “At the start of 2019, after losing a friend to a long battle with addiction, I released a line called Struggle is Common. My goal was to remind people that they’re not alone and to encourage them to face their problems head on if they truly wish to be FREE,” the designer wrote in his caption. What was created in the spirit of spreading love and awareness was soon to be overshadowed by creative theft. Fast forward two years, and people started tagging him in a video of Diddy for Vanity Fair, wearing what seemed to be his design. “It became apparent that somebody had borrowed my work, but I had no idea who,” said the creator in his IG video.

He soon found out that the replica in question was that of Balenciaga. Balenciaga’s “Free” crew neck version was shown on the runway as part of the brand’s Fall/Winter 2021 show (in December of 2020, a year after Stapleton’s design debuted), which soon sprinkled into stores and online retailers— with a pricepoint “up to 25x the price” of Stapleton’s design.

Stapleton closes out the video by asking, “If anyone knows anybody who works at Balenciaga, can you please have them reach out to me? We just need to have a conversation.” Stephens’ account is part of a much larger conversation we know too well (see; Dapper Dan x Gucci, Fashion Nova, etc.) Every few months; a more established brand/ retailer is brought to task over accusations of theft, especially as it pertains to Black creatives. It also brings to question, what protection do Black creatives have from creative theft and appropriation when it happens ever so often? As this story continues to reach the masses (and Black fashion Twitter), we’re interested to see what Balenciaga’s response will be.

We will be following this story as updates become available.