A WOMAN has been slammed for looking like the Corpse Bride on her wedding day thanks to a dress which people claim resembles “screwed-up bed sheets”.

Photos of the anonymous bride were shared on a wedding shaming group, and social media users didn’t hold back with their strong views on her dress. 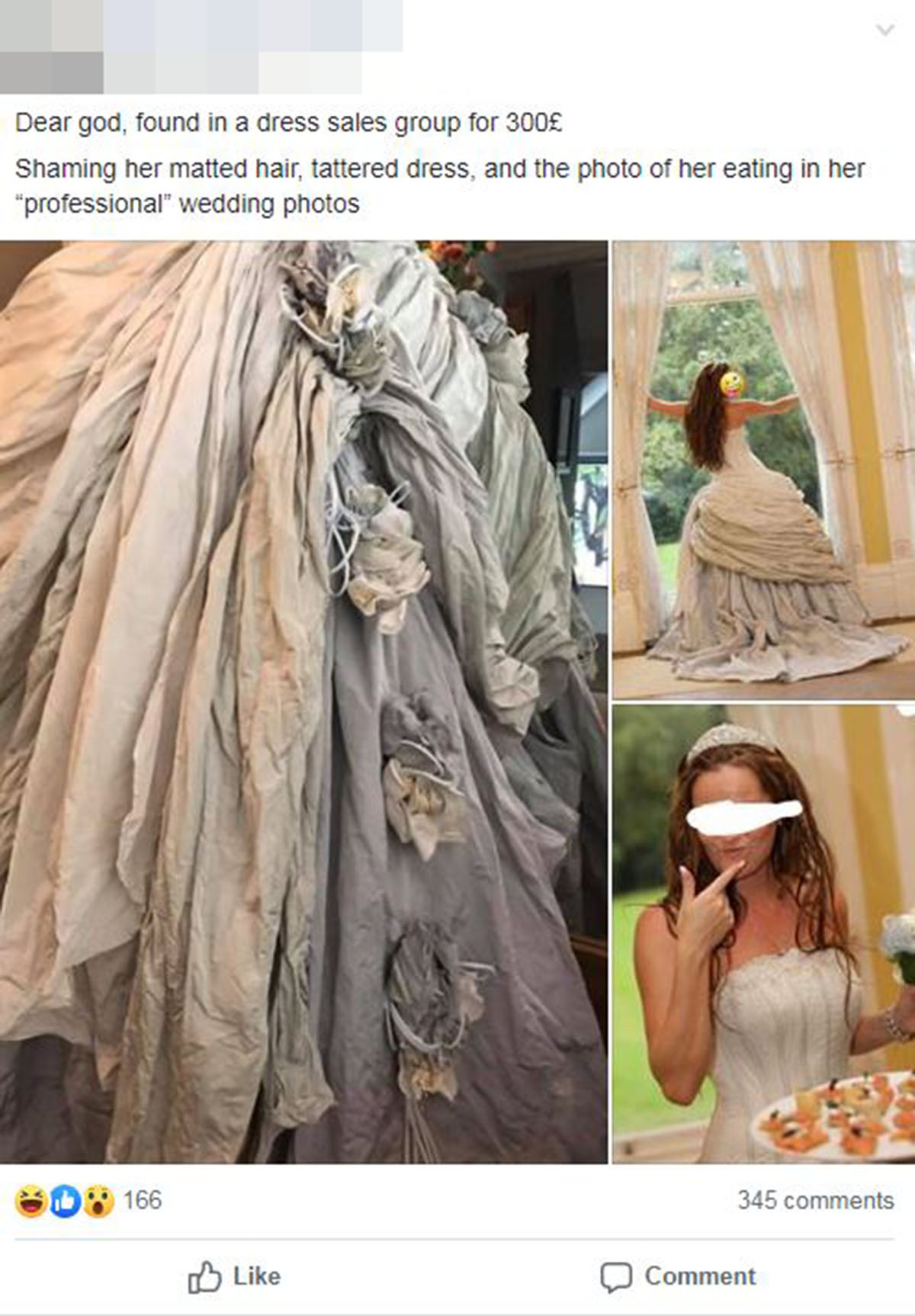 The caption explained that the photos of the bride had been found in a Facebook group for selling dresses – after the woman was trying to flog her gown for £300.

It added: “Shaming her matted hair, tattered dress and the photo of her eating in the ‘professional wedding photos’.”

The wedding photos have racked hundreds of likes and there are currently over 300 comments critiquing the bride.

One person wrote: “Her hair matches the dress, though, so it all looks bedraggled.” 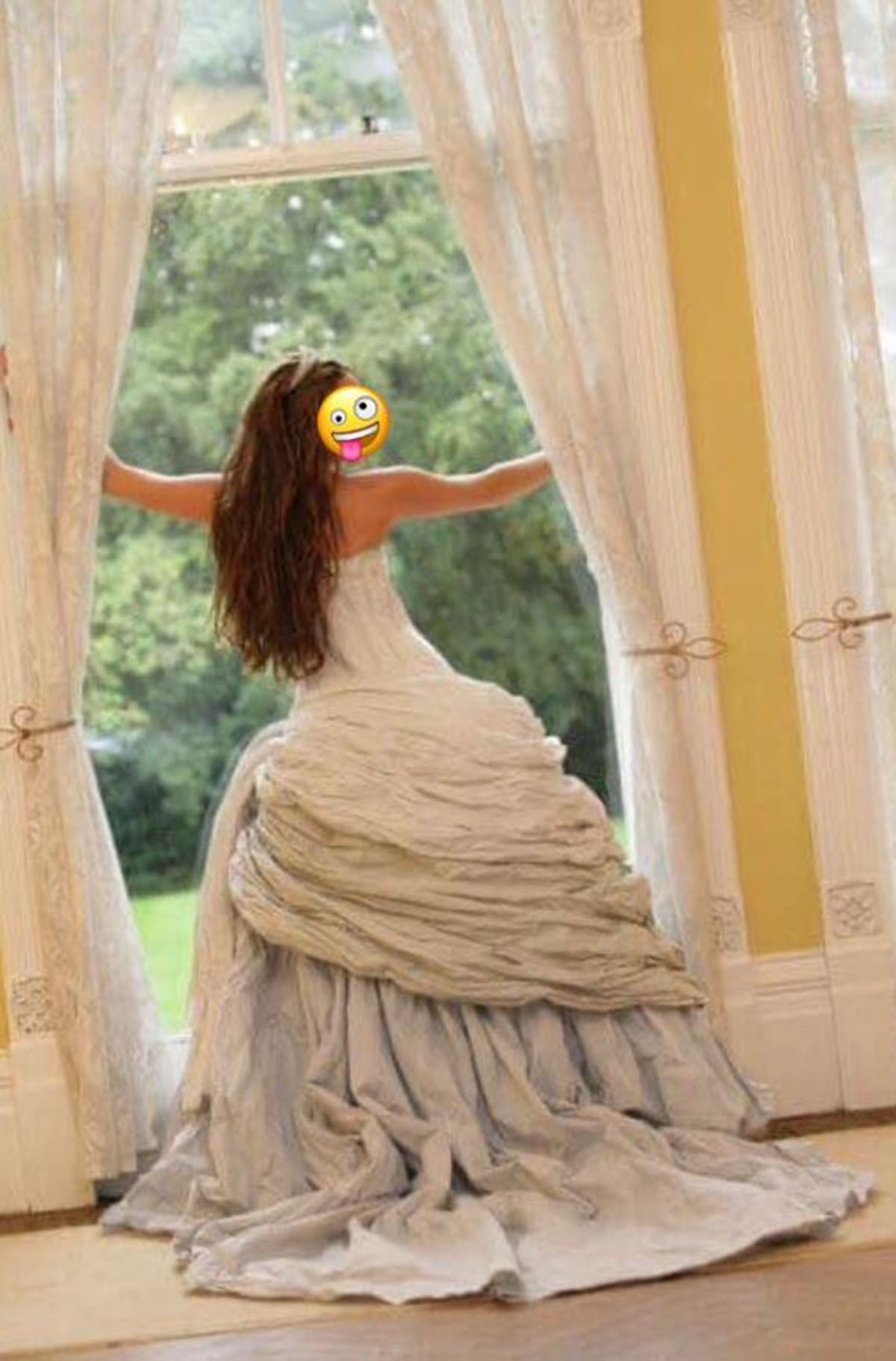 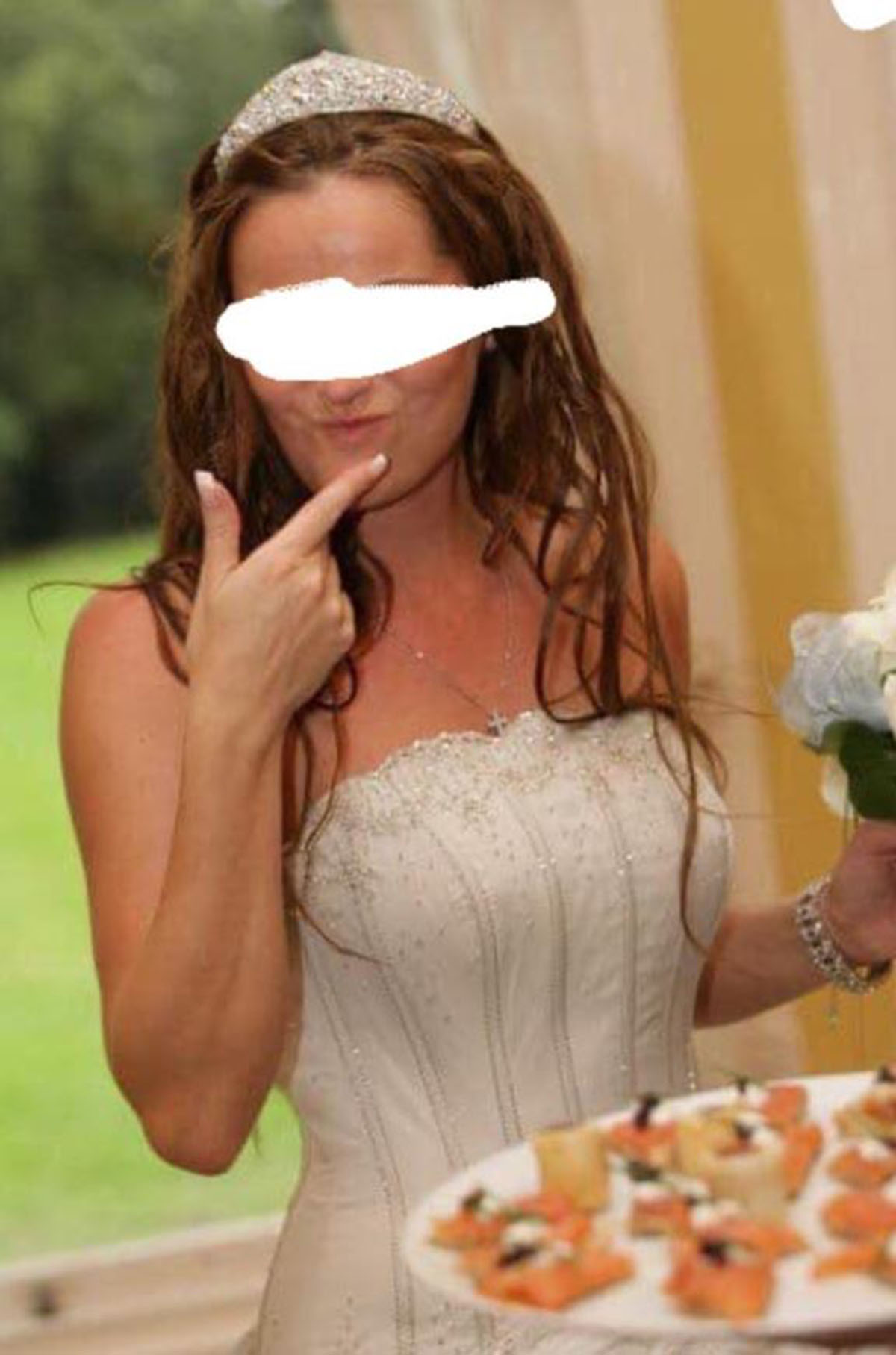 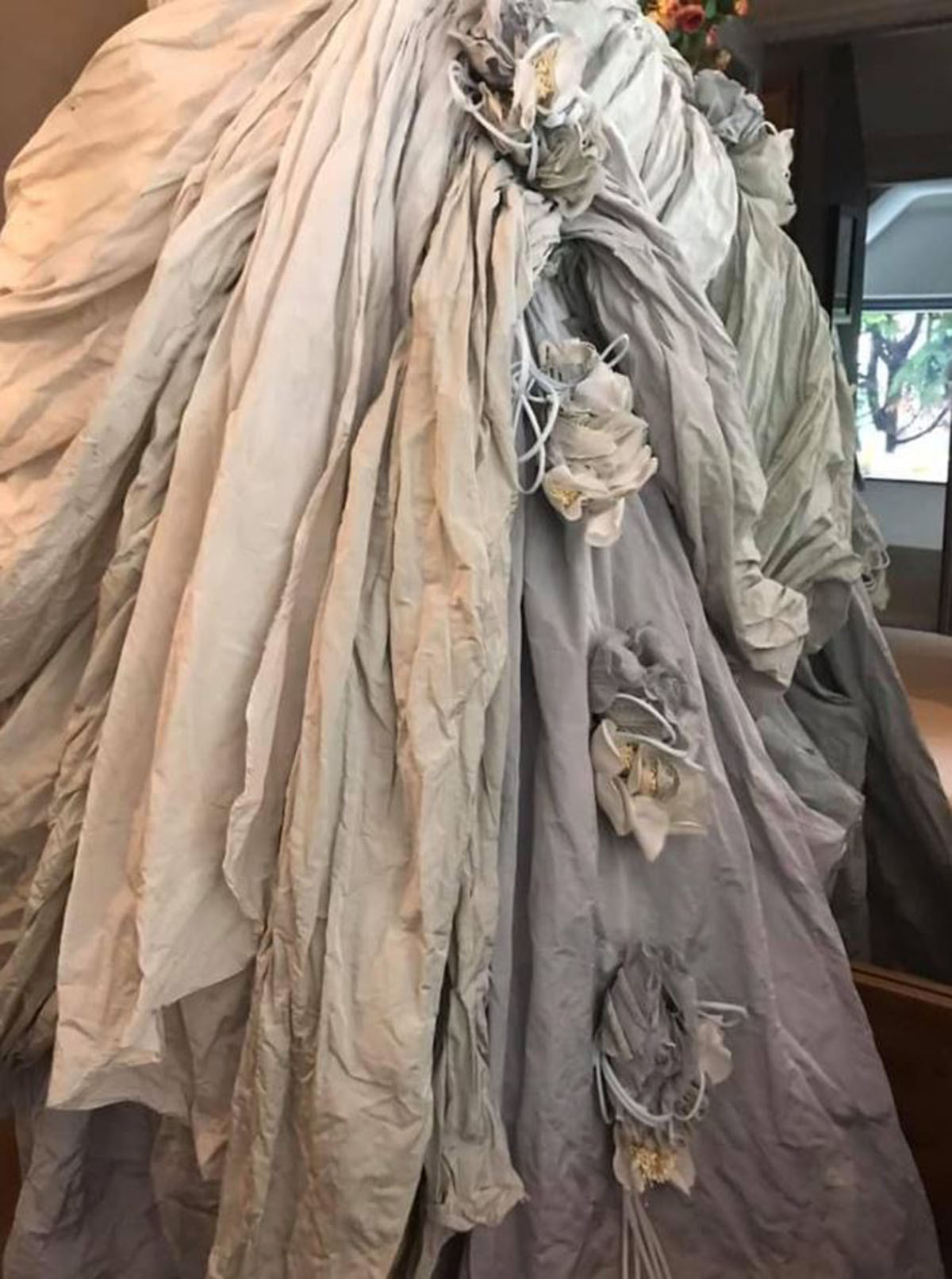 Another added: “She looks like the before picture of Cinderella’s before and afters.”

And one commented: “Looks like she just rolled out of bed and took the sheets with her.”

One wedding shaming went as far as to compare her to Tim Burton’s animated movie, the Corpse Bride.

However, some people defended the woman’s wedding photos and said: “Why do you hate her lol did she marry ur ex?”

When someone asked if she was blind, she hit back saying: “Maybe I’m just not as mean as y’all.” 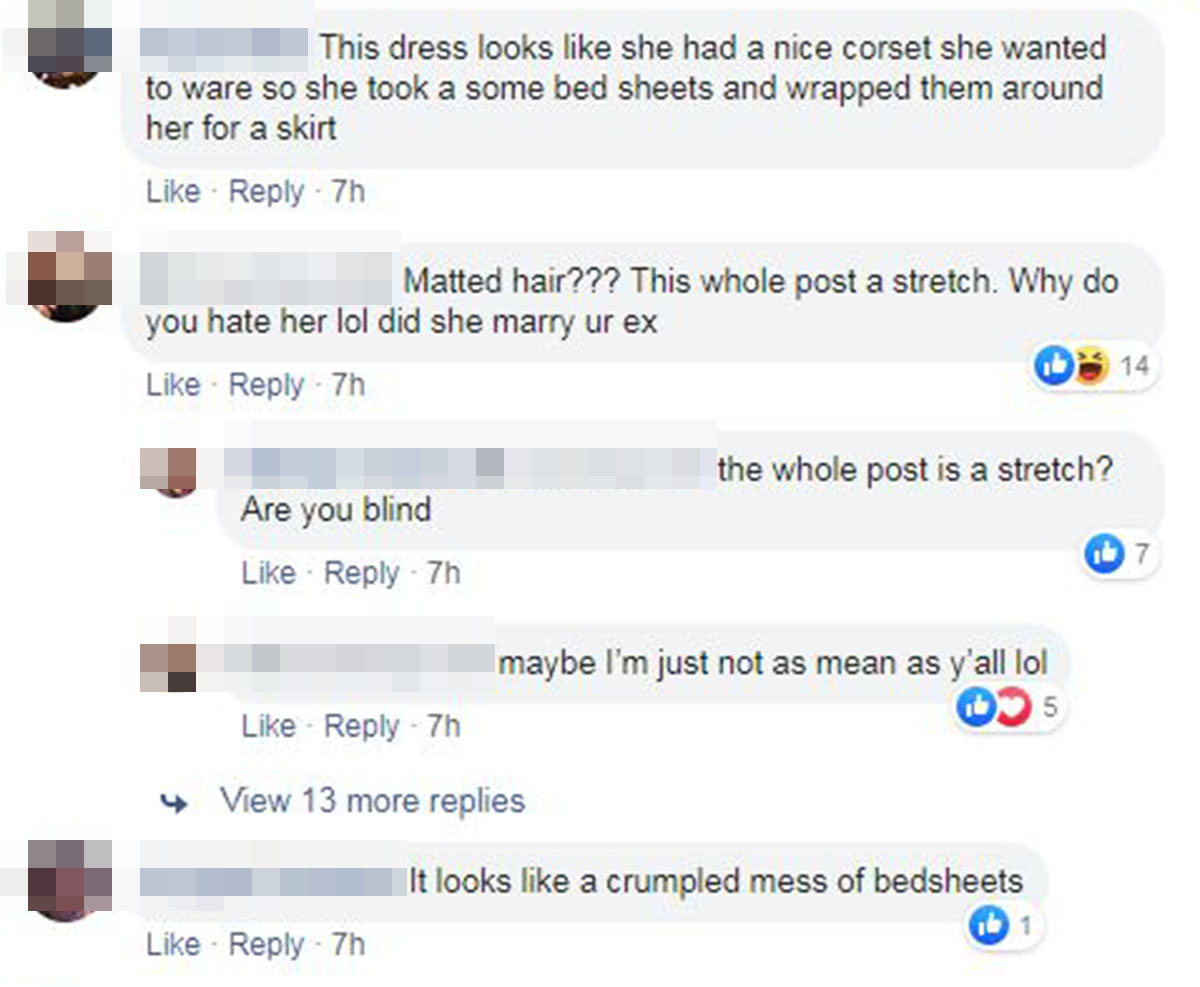 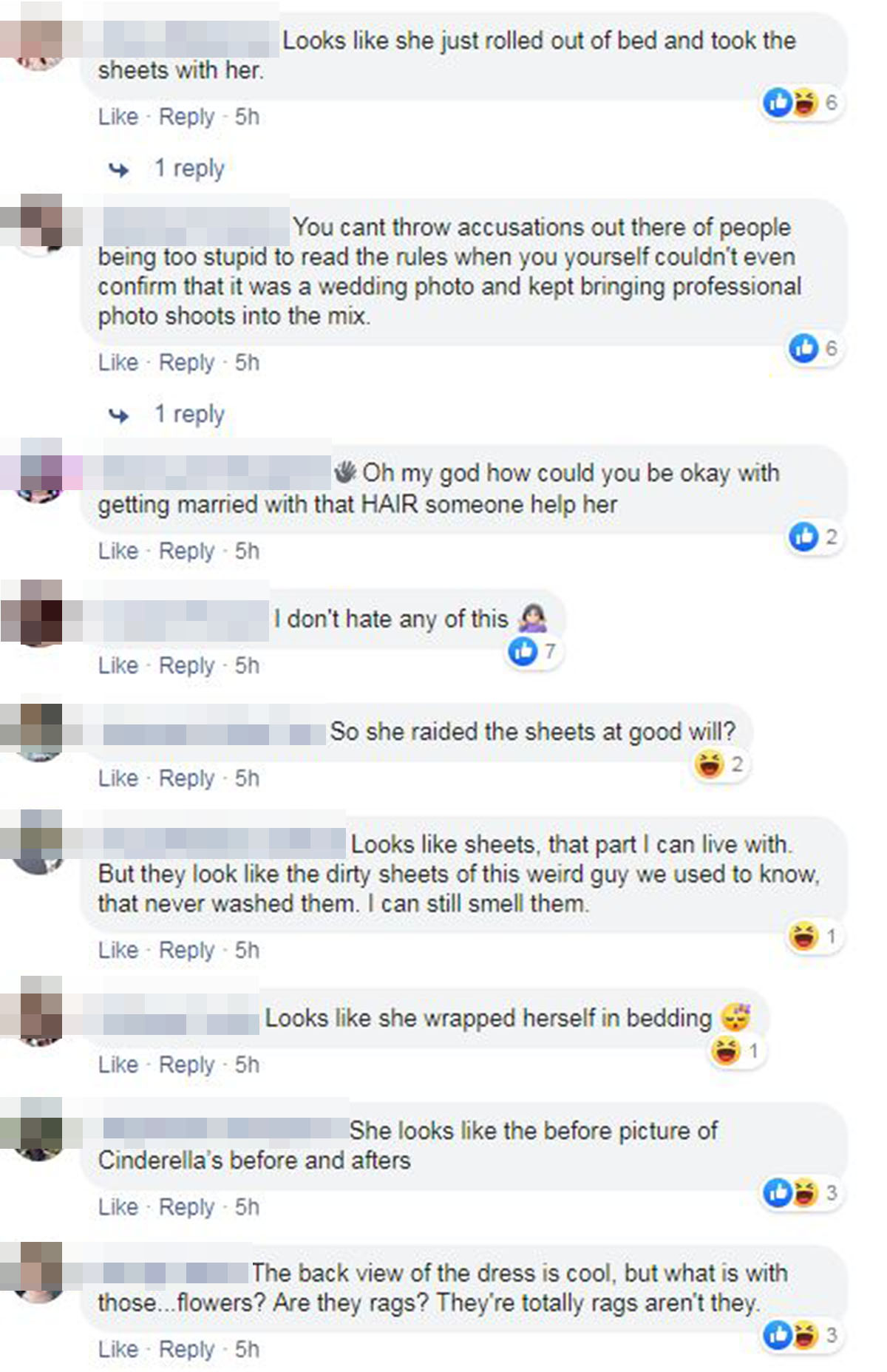 In more wedding news, brides shared hideous wedding cake fails that look nothing like the design after THAT peacock calamity.

Meanwhile, these are the funniest wedding fails EVER, from a cheeky toddler sticking his hand down a bridesmaid’s dress to a guest brawling with a 10-year-old over the bouquet.

And a wedding guest upstaged a bride by splitting her lip and giving her husband concussion while trying to recreate the Dirty Dancing move.