WHETHER it’s a glass of wine, a chocolate bar or a ketchup spill, getting stains on clothes, walls and furniture can be frustrating and stressful.

However, there are a number of ways to get rid of them that don’t have to break the bank. 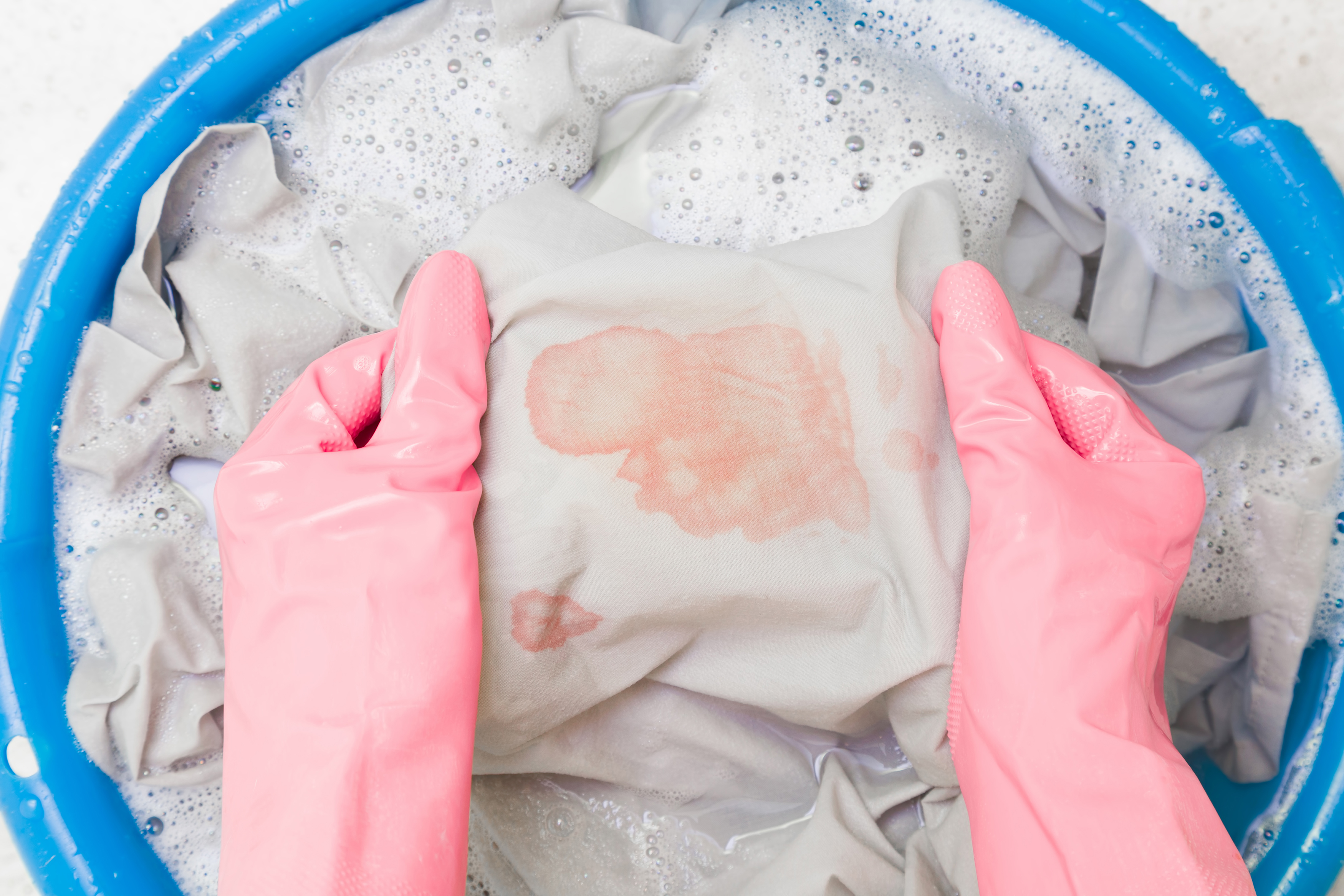 Members of money-saving community LatestDeals.co.uk provide their top tips on getting stains out while on a budget.

Use Elbow Grease for curry or chocolate

A favourite among bargain hunters is Elbow Grease spray, which costs just £1 in most shops.

Lynne Fripp recommends the spray in conjunction with a hot wash: "It works every time.

"My daughter got chocolate from a Magnum over her top, I’d washed it on 30 as normal and it didn’t come out, so I put Elbow Grease spray on it, scrubbed it in and did a 60 degree wash – it’s like new again."

Similarly, Tracey Glasscoe said: "Elbow Grease sprayed on stains with a 40 degree wash hasn’t let me down yet. Grease, ketchup, all done, even on the cheapest of clothes."

She said: "I had a tub of blackberries from when we went blackberry picking spill out under the pushchair, all over my little girl’s pale pink favourite jumper. Fairy and Elbow Grease worked a treat!"

Use The Pink Stuff for grease and felt tip pens

For difficult stains on walls and carpets, many have found success with the Pink Stuff.

Sarah Cadwallender said: "I use the Pink Stuff spray, £1 from Home Bargains.

"I accidentally found out when my son dropped raspberries on the carpet and stood on a couple. The spray lifted every single bit of stain. Amazing."

Elsewhere, Maxine Chidlow said: "I had a grease stain so bad on a top I couldn’t get it out with anything, even after lots of washes – I got some Pink Stuff out of the tub, rubbed it in the stain, straight in the washing machine, stain gone!"

Karen Horne has found success for another stain: "Dunno about stains on clothes, but Pink Stuff has removed felt tip pen off my walls and dye (from tie-dying) off my hands…no idea how I managed without it!"

Use white vinegar or bicarbonate of soda to remove underarm stains

Emma Bissett asked LatestDeals.co.uk members for help: "I’m looking for something to get suncream stains and underarm stains out. It’s a nightmare, my daughter's new tops are all ruined with it."

Meanwhile, Kelly Williams had another solution: "I get some bicarbonate of soda and some water, turn it into a paste and rub it on with a toothbrush. I leave it for a bit then chuck it in the washing machine. It works for sweat stains on our work shirts."

Diane Haig agreed, providing her own version: "Bicarb and vinegar works amazing for most things – that or bleach if it’s for something white."

Make the most of supermarket brand stain removers

It may be tempting to buy the more expensive brands if you’re dealing with a bad stain, but plenty of bargain hunters have had success with supermarket brands.

For example, Charlotte-Louise Hart said: "I use Sainsbury’s own spray stain remover, pink bottle. My son got a blackcurrant fruit pouch all down his white sleepsuit and it came out new."

Kylie Garrad recommended Morrisons own stain remover, saying: "It’s fantastic, it’s my go-to every time. I accidentally cleaned the bath with it once – that worked a treat too!"

Use a magic sponge for crayon and paint stains

Magic sponges, also known as magic erasers, are rapidly gaining popularity – and they’re available for as little as £1 at discount stores. SB Sarah said she uses a magic sponge for trainers, walls and kitchen cupboards.

Similarly, Simon Newman commented: "I use a melamine sponge – or magic sponge as it’s commonly known – as this will even take off crayon. I removed some paint from another car off mine (they opened their door onto mine)."

Tom Church, Co-Founder of LatestDeals.co.uk, said: "Magic erasers are a cheap method for removing some of the most stubborn stains on walls and floors. Just make sure they don’t remove the paint by testing them in a small area first."

Use washing up liquid to remove tough stains

Sometimes all you need to remove stubborn stains is some old-fashioned washing up liquid.

Andrew Pyne explained how he used this method to remove ketchup from a white T-shirt recently.

"I scraped off what I could, then I rinsed it with cold water. Afterwards, I got washing up liquid and rubbed it on the stain with clean fingers.

"Next, I rinsed again from inside the shirt with cold water and checked the stain. I repeated the washing up liquid step, and rinsed one more time. I then rubbed the stain – which was almost gone – with a Vanish stick and washed it in the machine on the hottest temperature the label would allow. Job done."

Lori Westgarth was in agreement: "Washing up liquid works better than any stain remover," with Ceri Beament adding: "I only learned it last year, but it’s saved several tops!"

Soak clothing before washing it

A popular method is to soak clothes in stain removing products before they go into the washing machine.

For example, Kim de Ronde shared her trick: "I pre-treat clothes with the Astonish Fabric Stain Remover. I spray it on and work in the product, then add it to the washing machine. Works all the time for me."

Anuca Apetri had a similar method: "Soak in Napisan pre-wash, add Napisan on the wash, wash at a low temperature and dry in the sun as it is a natural cleaner."

Tom added: "Letting the product soak in before putting them in the washing machine can save a lot of time and stress. It also avoids running several washing cycles to try and get the stain out, which uses up electricity."