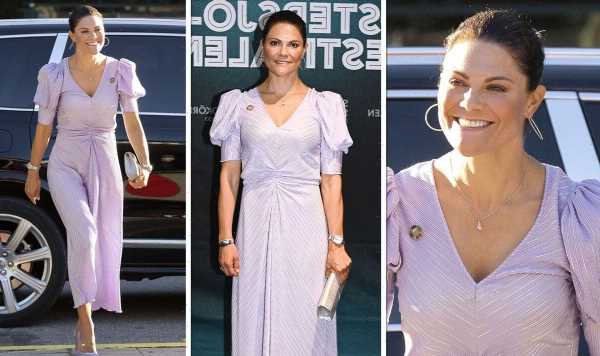 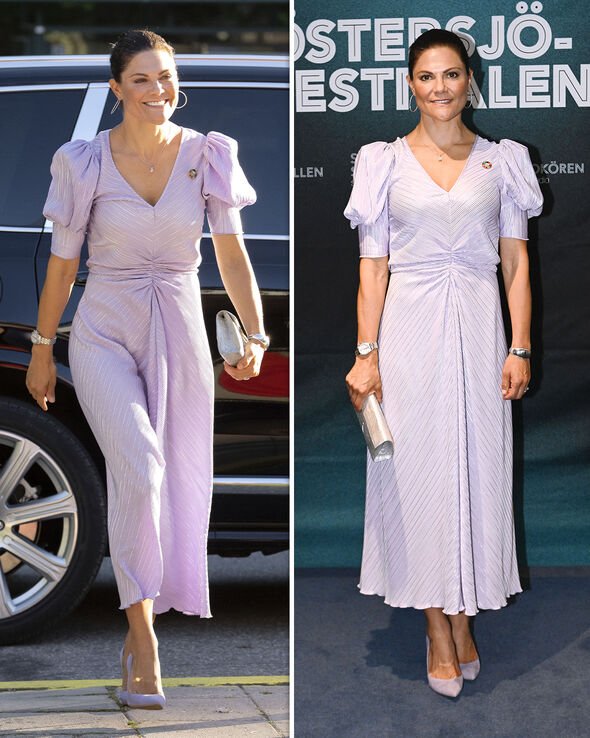 To attend the Baltic Sea Festival 2022, Crown Princess Victoria opted for the Sierina Dress in Lavender from Rotate which she has been seen wearing on other occasions.

The cute midi dress, which featured puffy sleeves and a wrap detail around the waist, looked great on Princess Victoria.

The Swedish royal combined the gown with a pair of matching pumps by designer Gianvito Rossi, which are the model Gianvito 105 Lavender Suede Pumps.

For accessories, the Princess chose a chic silver clutch bag from Nancy Gonzalez and donned a pair of large hoop earrings and a silver necklace with a purple stone pendant.

She was also seen wearing a multicolour pin, a silver bracelet and an elegant watch. 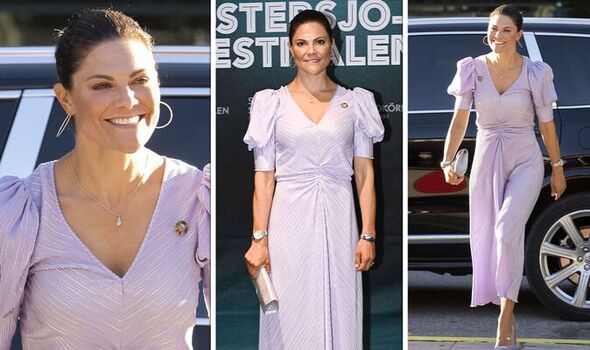 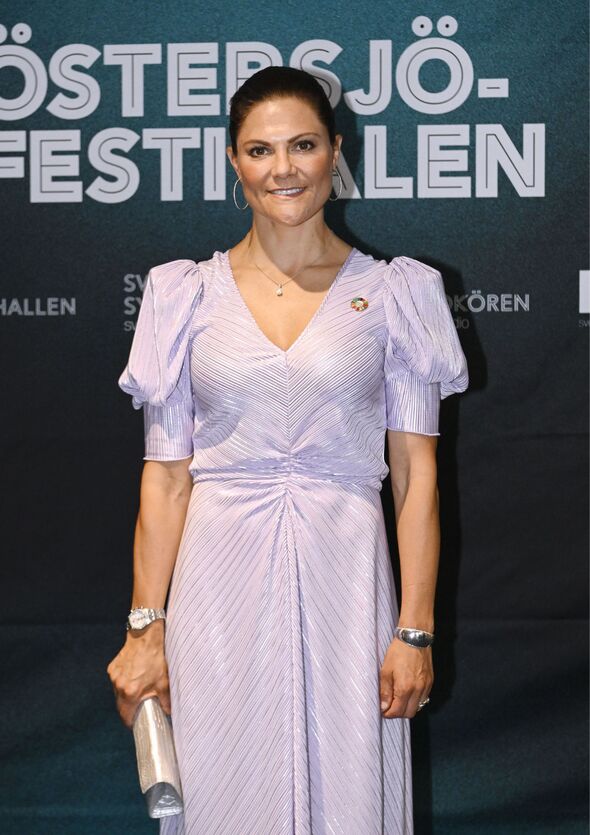 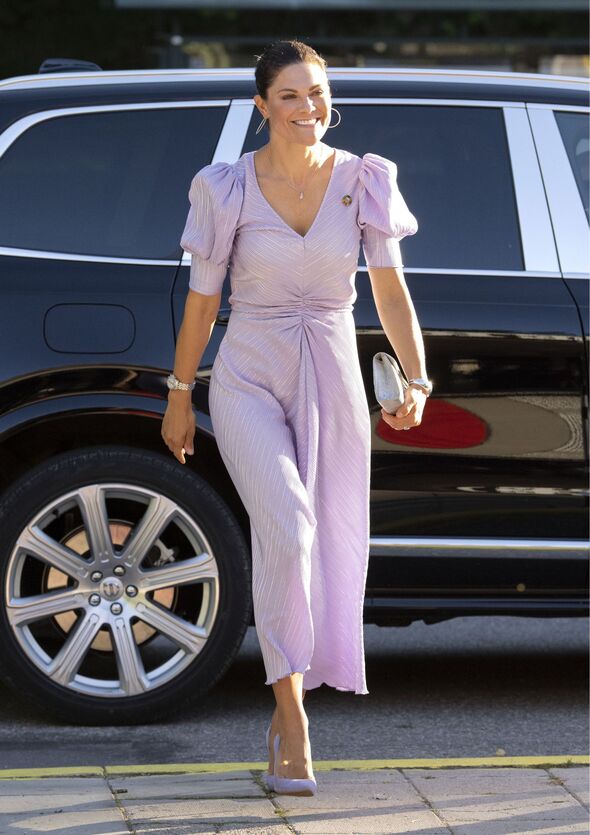 Royal fans were delighted with Princess Victoria’s fashion choice with social media user @my_lifestyle_and_i_ saying the outfit “looked so nice and modern on this classy Princess”.

Royal watcher @katrina_camille said: “That’s such a lovely dress” and @adelswelt agreed: “I love that dress. She wore it in Lissabon for the Ocean Conference.”

Many agreed the Princess looked more stylish than ever and royal fan @isabelq42 commented: “She looks fantastic.”

Instagram user @hathor_80 said: “She can carry off this type of dress better than anyone” and @diamantenia_mp added: “Oh that’s a total win!”

Another one, @2414_betty, said the Princess “is looking great these days” while @nicoleinformada commented: “She nailed it!!!”

Crown Princess Victoria of Sweden is the heir to the Swedish throne and the eldest child of King Carl XVI Gustaf and Queen Silvia of Sweden.

When she becomes monarch, she will be the fourth Queen Sweden has ever had and the first since 1720. 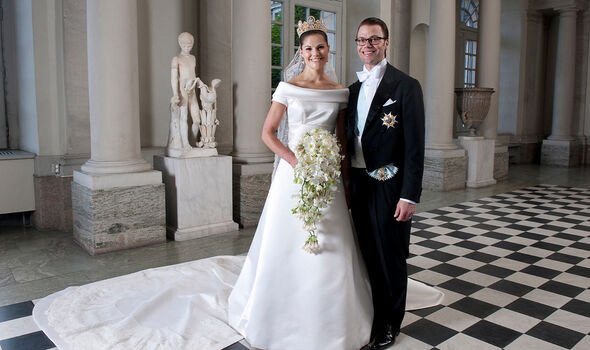 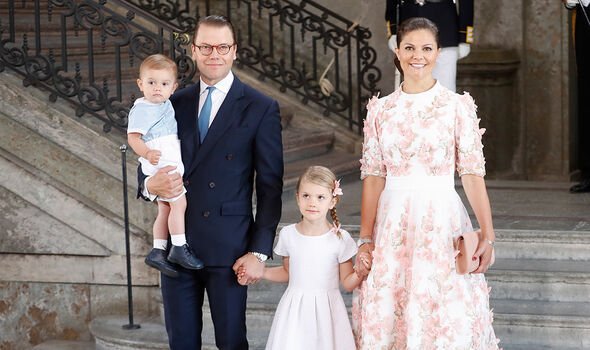 Princess Victoria is married to Daniel Westling, now Prince Daniel, Duke of Västergötland, whom she met in 2001 when he was her personal trainer.

Before joining the Swedish Royal Family, Prince Daniel was a personal trainer and gym owner and ran Balance Training, a company with three gyms in Stockholm.

The couple have two children: Princess Estelle, who is 10 years old, and Prince Oscar, who is six.

The family live in Haga Palace, outside Stockholm, an impressive home with 25 bedrooms and incredible gardens.

When Crown Princess Victoria announced her engagement to Daniel Westling in 2009 all eyes were on the stunning diamond ring.

The jewel comprised of a central brilliant diamond on a simple white gold band but it was quite an unusual choice for a member of the Swedish Royal Family.

While Swedish royal couples had traditionally marked engagements with paired back gold bands, Prince Daniel proposed with a round, solitaire diamond with a brilliant cut which has an estimated valuation of £100,000.