A BRIDE wore white underwear complete with a veil to marry her fiancé – in the back of a pick-up truck.

Ahrielle Biddle tied the knot with Jeremy at the Redneck Mud Park in Punta Gorda, Florida, and their wedding snaps have gone viral. 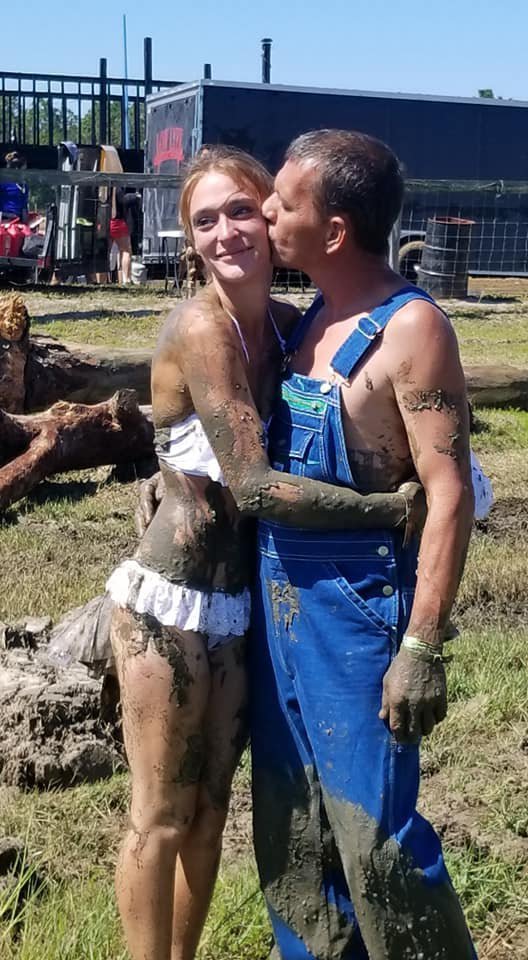 The newlyweds both wore unusual attire, with Jeremy – who wore denim dungarees – saying both their outfits got a few funny looks as people stopped to watch.

Jeremy added as they were both atheist, they knew a church was out the question, but in the end couple said 'I do' on the back of the white truck, which had been decorated with a white arch for the ceremony.

Ahrielle, mum to Dylan, Bryant, Kayden and Amara, then ditched her veil to mud-wrestle her new husband before they sealed the deal with a smooch on the mud flats.

After their photos went viral, Jeremy has set up a GoFundMe page for a 'redneck honeymoon' for the couple. 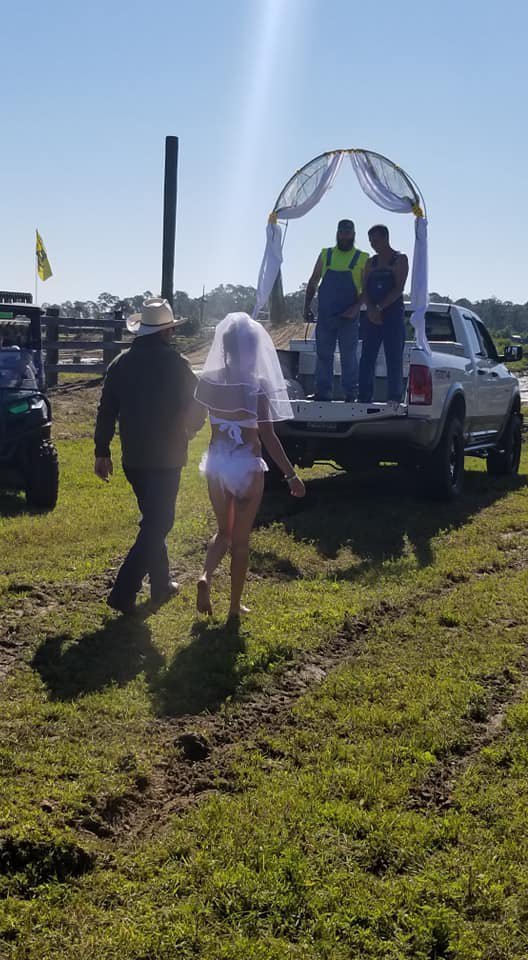 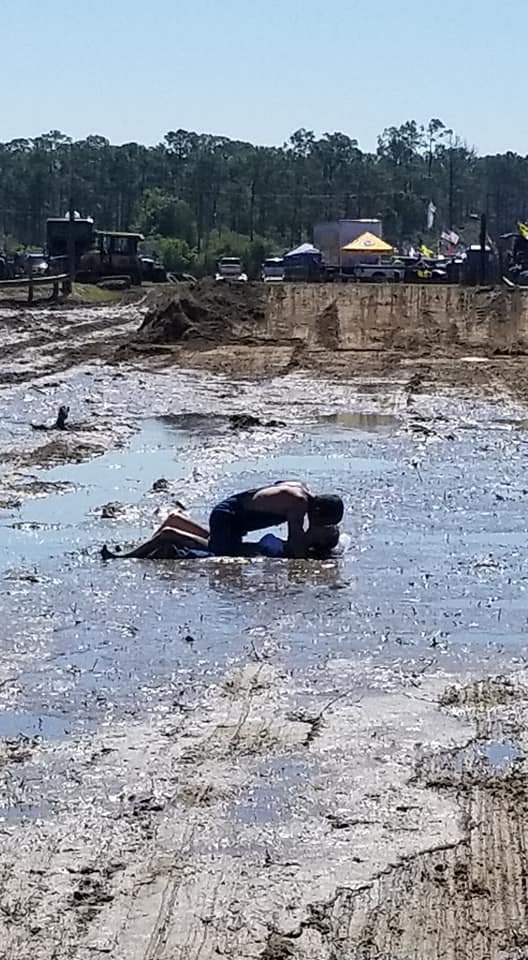 He wrote online: "Since our recent redneck wedding has gone viral, I thought I would reach out to our fans to help me give my beautiful bride the honeymoon she deserves.

"She really wants to go jeeping in the Colorado Rockies. Please help me make her dream come true.

"We have so many years to come and millions of memories to make. We promise forever to each other and show all of our fans our future together.

"We appreciate all of the support and hope to see you all with us on this amazing path ahead."

Jeremy later told the Metro he was proud to "step away from tradition" and do things his own way. 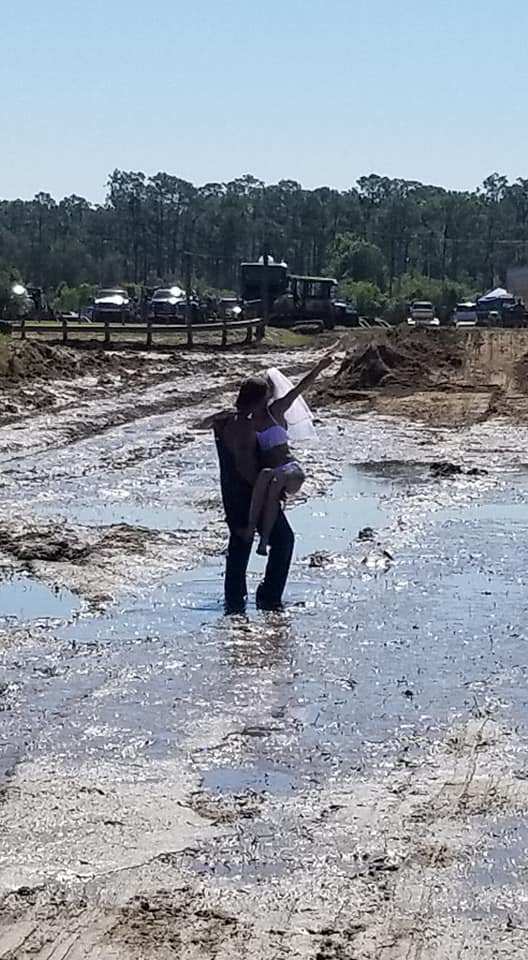 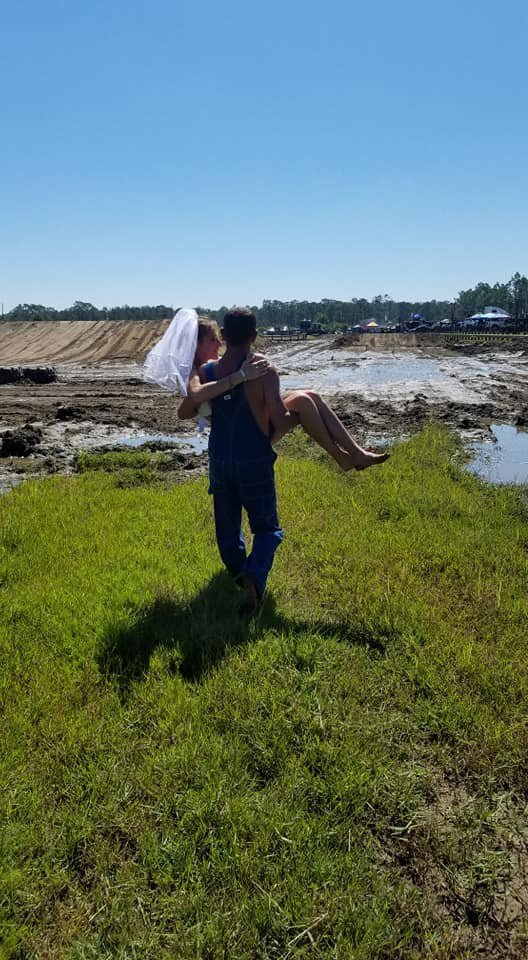 He said: "It was spring break in South Florida so the bikini had to be a part of it.

"As far as the overalls I wore, that was me just wanting to yee yee it up.

"There's been a little bit of negative feedback mostly just stupid inbred jokes but none of it really bothered us at all.

"A wedding is about the love you have for one another and not what any other c***s think."

And this bride has sparked debate after banning a guest from wearing a floral dress to her wedding because it's "ivory".

This woman was urged to 'burn' her wedding dress which was branded a trainwreck.

While people thought this bride wore a 'strip show' wedding dress which exposed her 'bottom cleavage'.